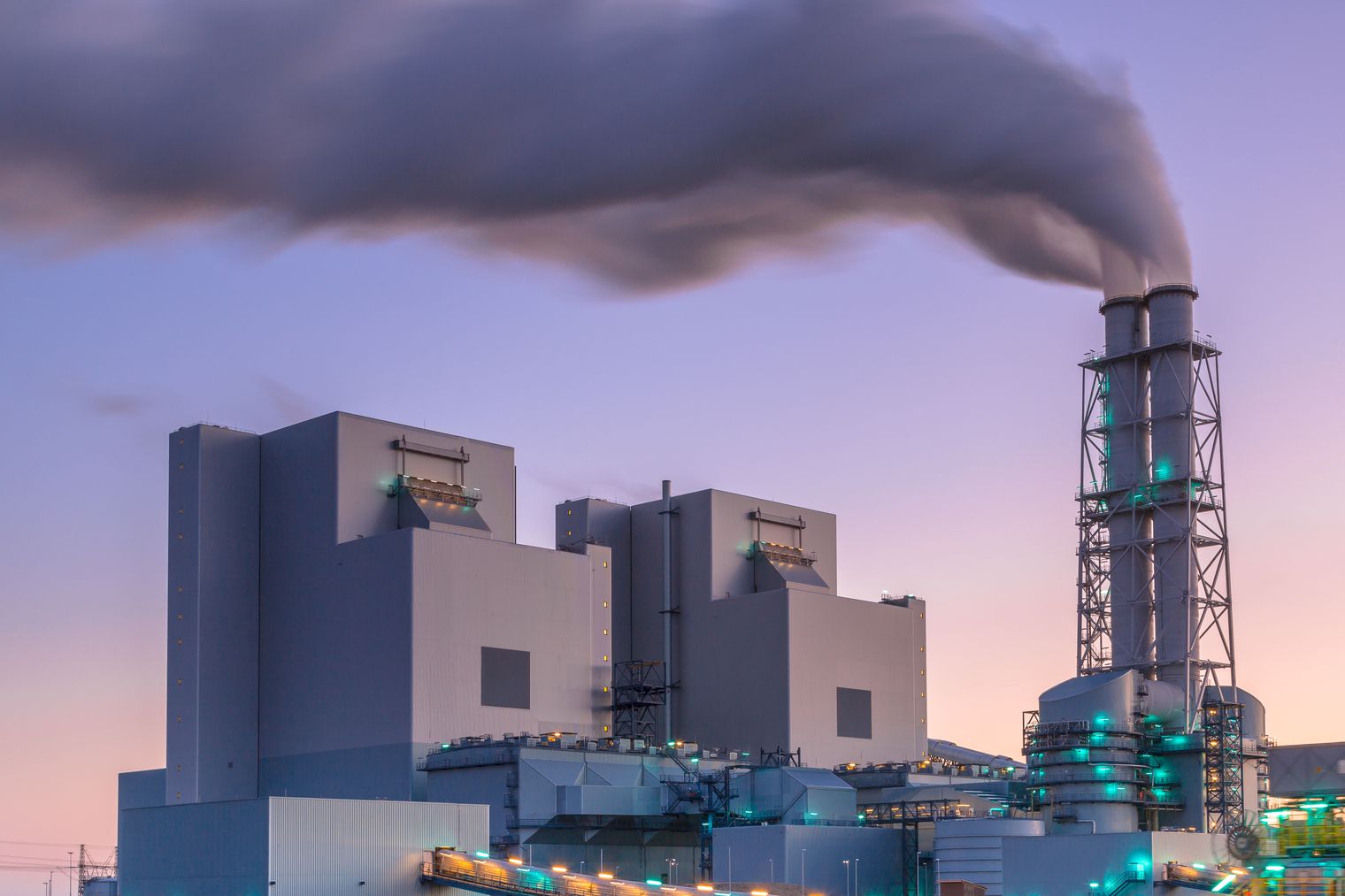 We have to bury gigatons of carbon to slow climate change. We’re not even close to ready...

The world’s nations have agreed, almost unanimously, to try to limit the rise of global average temperature to 2 degrees Celsius or less over preindustrial levels.

Is that still possible? Climate campaigners, scientists, and politicians frequently insist it is. All we need, they say, is political will.

But that’s not all we need. There’s something else, something we talk about much less.

As you can see, for a likely chance of hitting 2C, emissions have to go below zero in 2065. Going below zero means removing more carbon from the atmosphere than we are emitting, by capturing it and burying it beneath the earth’s surface.

If we do not allow negative emissions into the models, they show that to hit our target, emissions have to decline at an absolutely ludicrous rate:

Absent a meteor wiping out advanced civilization, that’s not going to happen. So, negative emissions it is!

That means we must start burying and sequestering carbon (in some models as early as 2020) and rapidly scale up until we are burying more than we’re emitting. That is a truly daunting undertaking — some models show us burying 10 to 20 gigatons a year by 2100, which is 25 to 50 percent of today’s total emissions.

Lots of natural processes sequester carbon (see Paul Hawken’s book Drawdown for more on how these processes could be enhanced), but to sequester the amounts needed in the time available, we have to accelerate things. That will require manually burying carbon in large underground reservoirs and aquifers.

The technology on which most hopes are pinned is bioenergy with carbon capture and sequestration, or BECCS. (Carbon Brief has a fantastic illustrated history of BECCS, as well as a longer discussion with experts about negative emissions.)

The idea is that as plants grow, they absorb carbon from the air. When biomass is burned for energy, that carbon is released. If you can capture that released carbon and bury it, you have a net carbon negative process — carbon is removed from the atmosphere.

To bury enough carbon to put the 2C target in reach, BECCS will have to be massively scaled up, requiring biomass planted and harvested over an area as large as India, or larger. (One reason many scientists, including Kevin Anderson, think it will never happen.) It is a truly gargantuan undertaking.

Which makes it very strange that we’re not talking about it.

Who is going to bury all this carbon? We don’t know.

All the world’s countries have agreed to the Paris target (even the US hasn’t technically withdrawn yet), which means that theoretically they have all agreed to the project of burying hundreds of gigatons of carbon. But BECCS is not even mentioned in the text of the agreement, and the complex discussions around who will bury all the carbon, how much, and when, have not so much as begun.

That odd silence is the subject of a new commentary in the journal Nature, by Glen Peters of Norway’s CICERO Center for International Climate Research and Oliver Geden of Germany’s Institute for International and Security Affairs.

They do not tackle the thorny subject of whether large-scale BECCS is practically possible. (See this Brad Plumer post for more.) Instead, they take a step back and note that if it is to be possible, it’s going to require an enormous amount of planning, preparation, and coordination.

They cover some of the complexities, which are dizzying to contemplate. Consider this scenario: Biomass is harvested in Cameroon, it is exported to the UK for combustion and power, and the captured CO2 is exported to Norway for sequestration. This paragraph made my head spin a little:

The simple BECCS supply chain outlined here would require a detailed carbon accounting system spanning three countries, over a potential period of decades (biomass growth and permanent storage). This accounting system would need to be coupled to a system of financial transfers to incentivize behaviour. The entire system would require independent measurement, reporting, and verification. The accounting and financial system would have to be robustly applied across countries with vastly different motives and governance levels.

And that’s just the technical, accounting stuff — tracking the carbon and properly distributing the subsidies and payments.

There’s also the social acceptability of BECCS (building it at scale will mean hundreds of new power plants and harvesting operations, which will run into public blowback) and a system of legal liability to cover any leaks (over periods of decades or even centuries).

And then there’s the looming question of “common but differentiated responsibilities,” a longtime principle of international climate negotiations that says that wealthier countries (which have emitted more carbon historically) should do more, earlier, to reduce their emissions, allowing developing nations time to grow.

Presumably the same principle will apply to the negative emissions. Countries like India will expect countries like the US to go first — to invest in and develop the technology early. But the countries most suited to BECCS, with the most renewable biomass, are not necessarily the wealthiest, so there will be tricky issues around supply chains and ensuring that resource-rich countries are treated fairly.

All of this — the technology, the supply chain, the schedule, the shared responsibilities — entirely remains to be worked out. Humanity is collectively betting its fate on negative emissions, but not actually, you know, figuring out how to do it. Seems bad.

How to get started on negative emissions

Peters and Geden make three recommendations for how to get these discussions underway.

First, starting in 2018, before the next round of Nationally Determined Contributions (countries’ emission reduction commitments), countries should start negotiating how to distribute responsibility for negative emissions. It’s time to start talking about who will bury how much.

Second, the UNFCCC needs to start developing a “a detailed and functional system of accounting, supported by measurement, reporting, and verification, to track carbon and financial flows along the international [carbon dioxide removal] value chain to allow governments to incentivize business to research, develop and deploy the necessary technologies.” Tracking all that stuff across multiple countries, reliably and transparently, is going to take some doing. What’s worse, the lead role in that kind of thing has traditionally been played by the US, which is currently trying to take itself out of the game.

Third — most simple, but perhaps most difficult — it’s time for governments to start implementing policies that incentivize the development of carbon removal technologies. And not just one-off pilot projects, either, like the one that is spectacularly failing in Mississippi, but the kinds of policies that will build up an industry that can expand into gigatons. Just demonstrating that the technology can work is no longer enough. Time to think about scale.

Every one of those recommendations is a tall order. But if the world is serious about negative emissions, now is the time to start. It’s not a distant future prospect anymore — 2020 is right around the corner.