IT WAS OFFICIALLY NEW ZEALAND'S HOTTEST SUMMER ON RECORD... 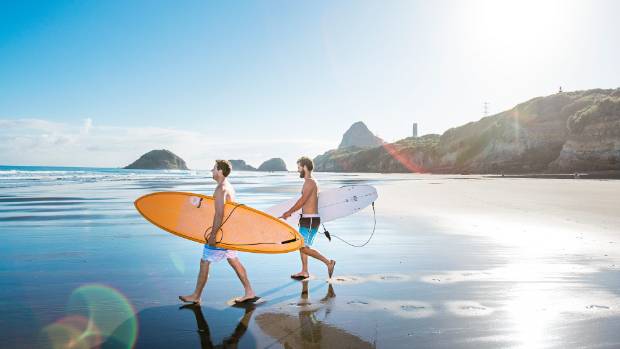 New Zealanders made the most of the country's hottest summer on record. CHARLOTTE CURD/STUFF

Niwa principal forecasting scientist Chris Brandolino said the record-breaking summer was "not too surprising", however.

"Going back to the end of spring, late November, there were strong indications that this would be a summer that would be warmer than usual," he said.

"When we get these things happening, like a really warm ocean because of the marine heatwave - we've had really warm ocean temperatures going back to November - and when we have winds coming from the north, more than usual, you're going to get really warm weather. However, I think the difference-maker is we have climate change now. Our Earth is warmer than it was 20 years ago, 50 years ago, 100 years ago.

"When you have these conditions coming together like they did, no, it's not too surprising."

"The Earth is continuing to warm because of global greenhouse gas emissions." 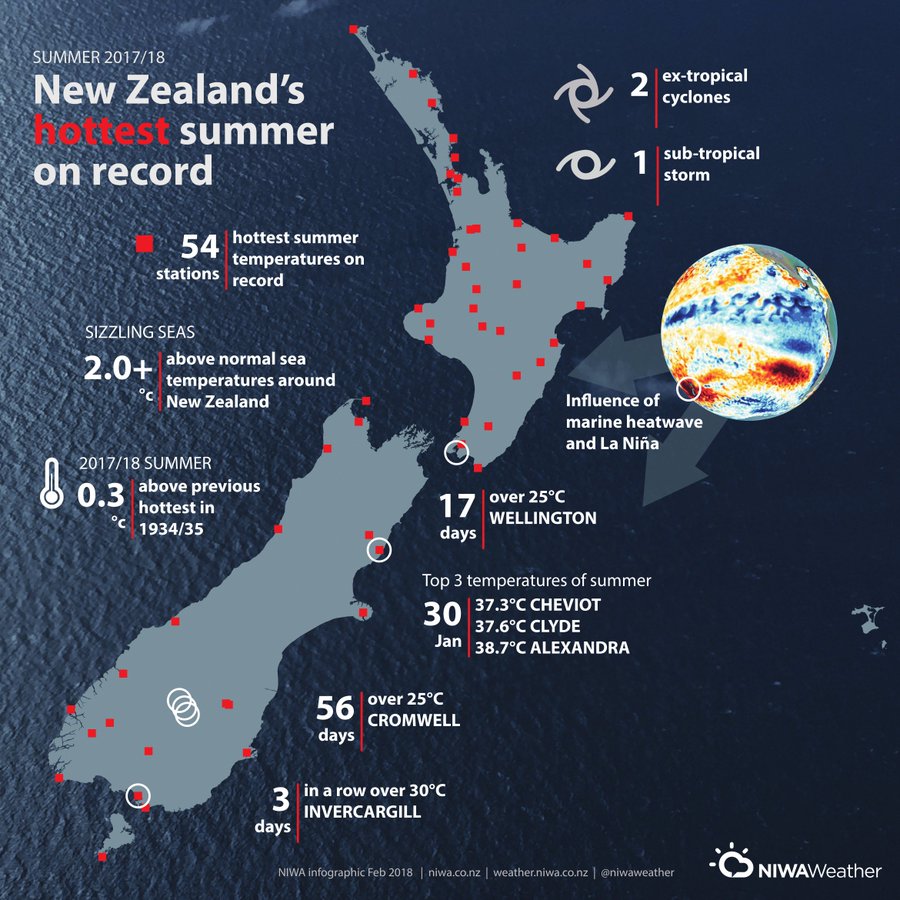 CLIMATOLOGY OF THE TIME

The summer may have been a record-breaker, but the 1934-35 summer was more extreme in the context of its time.

Niwa has been recording temperatures nationwide since 1909, and Brandolino said that although the 2017-18 summer was hotter than that of 1934-35, the summer of 1934-45 was more of an anomaly because of the climatology of the time.

When Niwa calculated temperature averages, it based it off a 30-year average. Currently, Niwa used the 1981-2010 average.

"Every 10 years we readjust and form the new average," Brandolino said.

"Back in 1934-35, that 2.7C above-average temperature was relative to the New Zealand climatology at the beginning of the century. The baseline was a lower baseline."

*The hottest summer on record by 0.3°C.
*The #marineheatwave had seas up to 6°C above average.
*Alexandra reached 38.7°C on 30 Jan, NZ's hottest Jan temp in 39 yrs.
*Above normal amount of ex-tropical cyclones (2). pic.twitter.com/dGbuNtdrjF 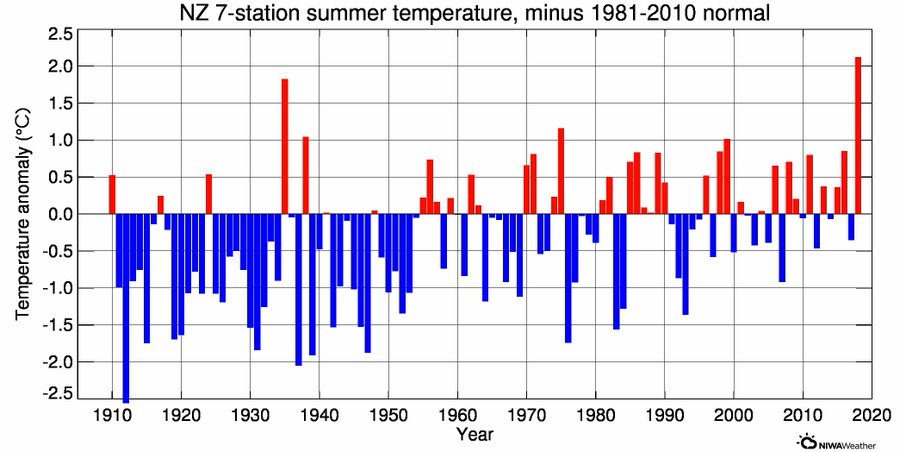 SO WHY ARE THE RECORDS SO FAR APART IF THE PLANET IS WARMING?

Even though the temperature trend has been an upward trend since Niwa started recording temperatures in 1909, Brandolino said that didn't mean the temperature averages would always be consistently rising.

"Even a bad marriage has a great weekend," he said.

Warm weather also meant different things for different people, he said. While some might be concerned about the effects of climate change, others might be excited about warmer summers.

"If you want to go on holiday and you like warm weather, then I suppose it's a good thing. But things like insects, pests, disease - there's a whole other line of implications from that."

* A total of 54 NZ locations recorded their hottest summer on record, and 39 recorded their second-hottest and nine their third-hottest.
* Alexandra claimed the highest recorded temperature, reaching 38.7C on 30 January.
* The lowest temperature was 0.2C, recorded at Mt Cook and Tekapo on December 20.
* January was the hottest month on record, recording 20.3C, which was 3.1C higher than the 1981-2010 January average.
* Of the six main centres, Auckland was the warmest, Dunedin the coldest and driest, Wellington the sunniest, and Hamilton the wettest and least sunny.