IT WILL TAKE YEARS OF WET WEATHER BEFORE CALIFORNIA RECOVERS FROM DROUGHT, STUDY FINDS... 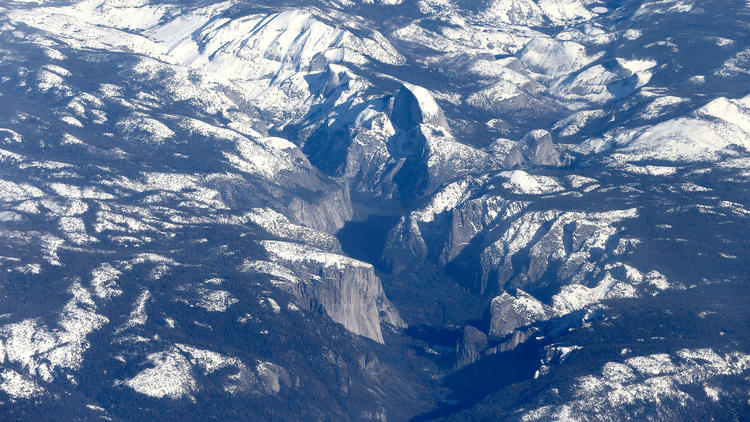 When forecasters last year warned of a massive El Niño, some Californians held out hope that a single extremely wet year could bust the state’s severe drought...

But a study published Tuesday in Geophysical Research Letters, a journal of the American Geophysical Union, offered support for the argument that state hydrologists have been making for months: It will take several years to recover from the four-year water shortage.

Specifically, researchers studied the Sierra Nevada and found that the lackluster snowpack there, year after year, created a sizable water deficit that the state may not recoup until 2019.

The size of California’s snowpack became a statewide concern in April 2015 when its water content hit 5% of average -- the lowest in 500 years. Gov. Jerry Brown made a point of standing on a barren field that should have been blanketed in powder when he ordered a 25% reduction in urban water usage to free up the resource during the drought.

Since then, many Californians have closely monitored the health of the Sierra Nevada snowpack. As snow melts, it runs off into the state’s reservoirs, providing Californians with roughly a third of their water supply in a typical year.

As 2015 wound to a close, forecasters predicted that a strong El Niño would drench much of Southern California and part of northern California. But the winter turned out to be essentially average, dashing any hope that the drought would end abruptly.

On March 30, surveyors found that the water content held by the state’s snowpack was 87% of normal – a vast improvement from 5% the year prior, but still below average.

Margulis and his team used both the state’s records and satellite data to get a full picture of the Sierra Nevada snowpack and determine how large a water deficit the drought created over four years. They tallied the water that the state didn’t get from its snowpack each year and found that it added up to the highest cumulative deficit ever over the 65-year period the authors analyzed.

The researchers then used probability models based on the historical record to predict the volume of the snowpack in the coming years. The models did not incorporate factors such as temperature and climate change, Margulis said.

Their analysis found 14 of the 65 years studied would be classified as drought. In all but one of the drought events, the snowpack deficit recovered within a single year, the study said.

California’s most recent drought is different, though, the study said. The researchers found a 7% chance that the drought would be “fully alleviated” in 2016. A full recovery, they said, is expected to take about 4.4 years.

Margulis, who is a professor of civil and environmental engineering, said the snowpack might have been able to recover from four years of less severe drought in a single year. But the last four years were so “crazy,” that wasn’t possible.

“What we’ve seen the last four years might be the new normal going forward,” Margulis said. “Under climate change, if this kind of deficit happens more frequently, then longer-term recoveries will become more common.”