JANUARY WAS HOTTEST MONTH ON RECORD IN SYDNEY AND BRISBANE, SAYS WEATHER BUREAU... 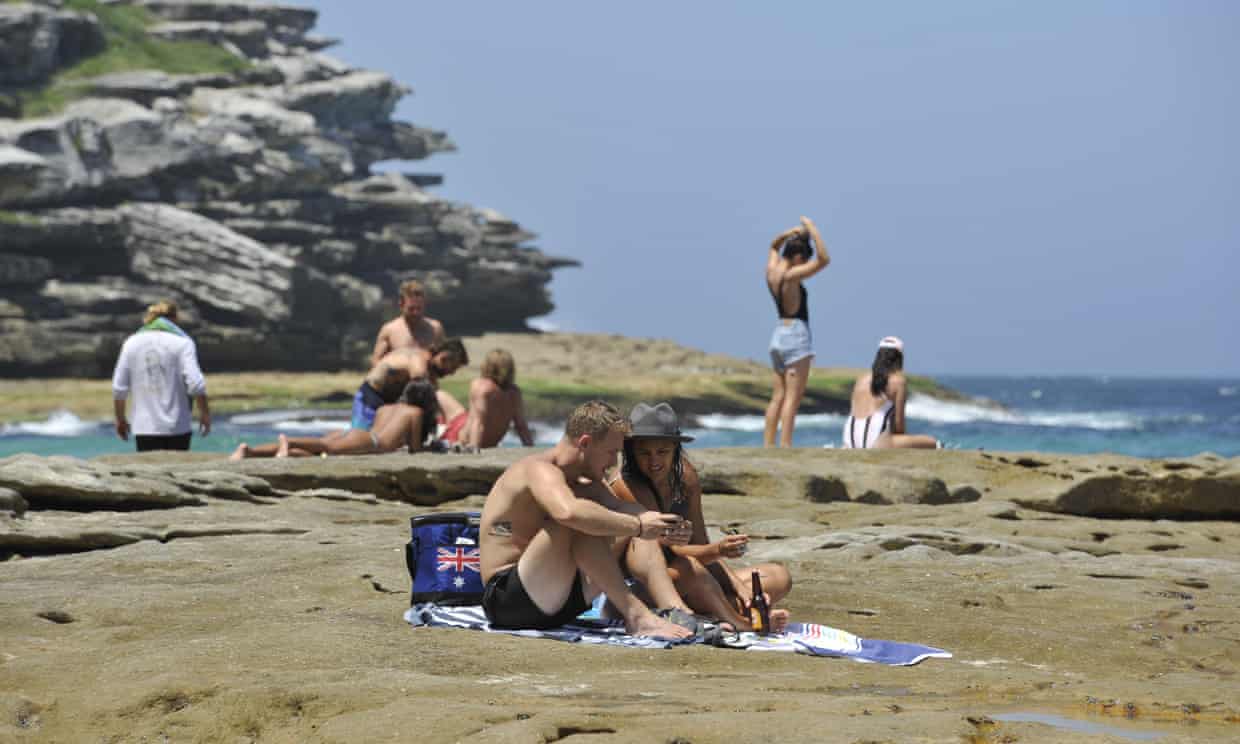 In January, Sydney had 11 days when the temperature topped 30C (86F) and five days above 35C (95F), smashing not only all previous records for the month but for any month since records began in 1858. Photograph: Joel Carrett/AAP

Sydney and Brisbane residents have just sweated through the hottest month on record.

Sydney’s average maximum temperature for January was 29.6C, beating the previous mark of 29.5C recorded in 1896, the Bureau of Meteorology said on Wednesday.

Last month Sydney had 11 days when the temperature topped 30C (86F) and five days above 35C (95F), smashing not only all previous records for the month but for any month since records began in 1858.

“Anyone that’s been feeling really uncomfortable can feel 100% justified in their complaints,” Bureau of Meteorology climatologist Agata Imielska said. “It’s the warmest month for Sydney.” 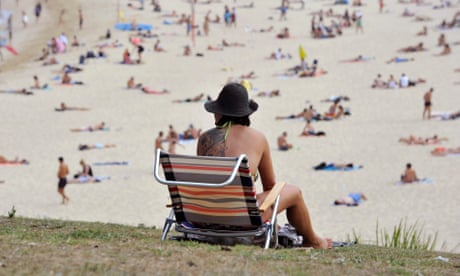 “Only three days dropped below 25C as a maximum in January 2017 and that’s the equal fewest on record with January 1994,” Imielska said.

Data released by the Bureau of Meteorology showed Brisbane’s temperature average maximum of 27.2C, well above the mean of 25.4C and breaking the previous record of 27C set in 2004.

The average minimum temperature topped 23C throughout January, breaking the 22.8C recorded in 1973.

Logan City and Brisbane Airport also broke records for the hottest January since data collection in both areas began more than 20 years ago.

The latest bureau statistics showed why so many southeast Queenslanders struggled to sleep over the past month.

Brisbane also recorded its equal hottest minimum daily temperature on 21 January 21. The mercury only went as low as 28C, last recorded on 29 January 1940.

Bureau spokesman Michael Knepp warned the hot weather was set to continue into this month. The temperature is expected to climb to 35C in Brisbane on Thursday, with a minimum of 24C.

“One factor is the ongoing warming trend – we’ve warmed by a degree in the past century and it’s not just about averages, we see increases in these extreme temperatures as well,” Imielska said.

The persistent heat has been aggravated by dry conditions since October caused by a high-pressure system sitting over the Tasman Sea, which has increased westerly winds moving over southern Australia.

“We’ve also had warm offshore sea surface temperatures – that also keeps conditions warmer, particularly at night,” Imielska said. “As a result we have seen that back-to-back heat and the lack of relief – the surprising thing is that there haven’t been any really cool days.”

Sydney conditions are due to heat up again over the next few days with the mercury expected to hit 37C in the city and 43C in the west on Sunday.