The water levels in Lake Mead, the man-made reservoir that serves about 20 million residents in Nevada, Arizona and California, is at an all-time low, according to the U.S. Bureau of Reclamation...

Lake Mead's water level -- currently at an elevation of 1,074 feet -- is expected to drop even more in the coming weeks, with Bureau of Reclamation's Lower Colorado Region estimating a loss of another 5 feet by the end of June, Public Affairs Officer Rose Davis told ABC News. But, she expects it to return to 1,078 feet by the end of the year. 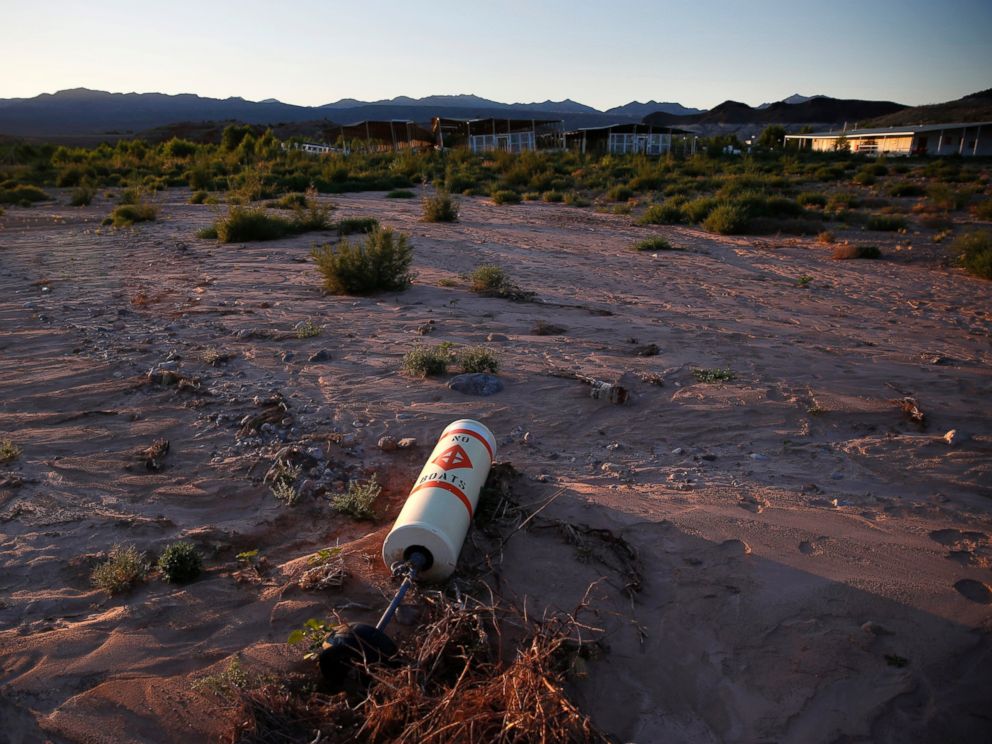 John Locher/AP Photo A buoy lies high and dry above the water line at the now defunct Echo Bay Marina in the Lake Mead National Recreation Area, May 19, 2016. Lake Mead's surface was at its lowest level Wednesday since the reservoir was created. END_OF_DOCUMENT_TOKEN_TO_BE_REPLACED

The lake's record-low level hasn't affected the water contracts that depend on it, which are being delivered as scheduled, Davis said.

The Colorado River Basin is in the midst of a 16-year drought, which is the worst in its 100 years of recorded history, Davis said. The drought and a continuing warming climate has contributed to the low runoff levels from the Colorado River to Lake Mead, she added. An image taken in 2000, before the drought began, shows the basin filled with water. 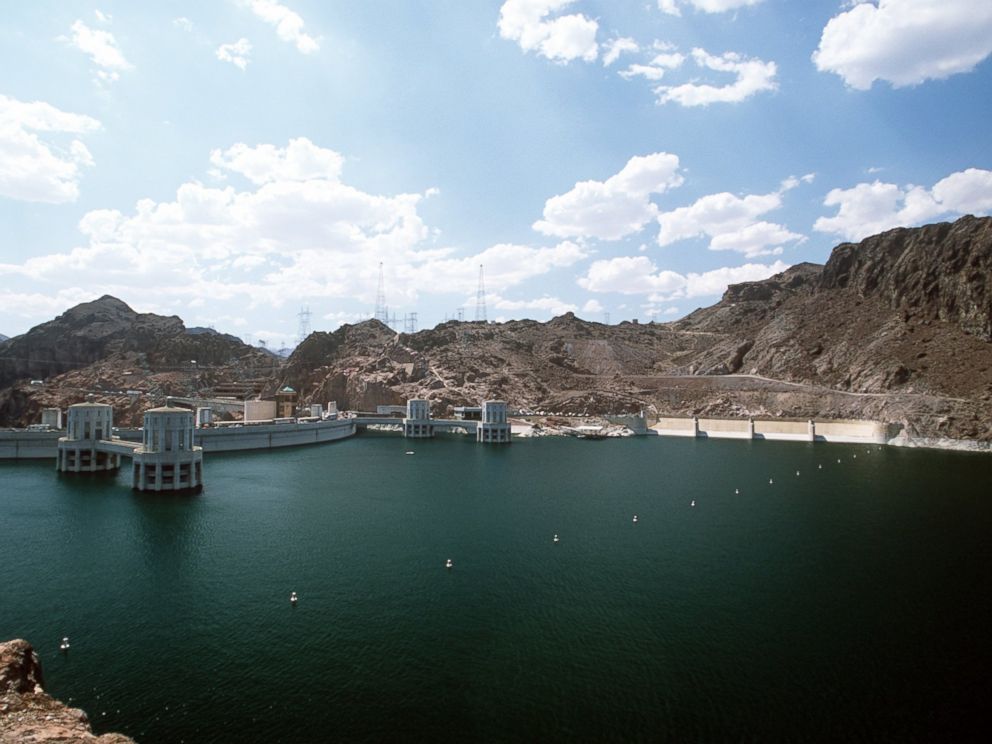 Udo Bernhart/Picture-Alliance/dpa/AP Photo This image made in 2000 showing the waters of the enormous man-made Lake Mead where Hoover Dam operates in Black Canyon, Nevada. END_OF_DOCUMENT_TOKEN_TO_BE_REPLACED

Several efforts to conserve the water are underway in Nevada, Arizona and California as well as the states in the upper basin, Davis said.

"Everyone is working together to see how we can leave more water in the system so that Lake Mead [isn't] below 1,075 [feet] at the end of the year," she said. When the elevation levels drop below 1,075 feet, the first tier of a water-reduction plan is triggered, in which Arizona and Nevada take take shortages of water from Lake Mead, according to Arizona Department of Water Resources Director Thomas Buschatzke.

With the Colorado River System Conservation Program, the lower basin states are looking to conserve 1.5 million to 3 million acre-feet of water over the next five years, according to Michelle Moreno, Public Information Officer at the Arizona Department of Water Resources. One acre-foot of water is enough to supply two average homes in Las Vegas Valley for just over a year, the Las Vegas Review-Journal reported.

Although the dropping levels are of "serious concern to all of the west," the Lake Mead National Recreation Area, as well as the Hoover Dam, are still seeing millions of visitors, Davis said.

"We are doing everything we can to minimize water usage," said Chelsea Kennedy, public affairs specialist for the Lake Mead National Recreation Area, adding that the popular tourist attraction plans to stay open.

May 19, 2016, 8:02 PM ET
source: http://abcnews.go.com/
original story HERE
To see our most current positions, opinions, comments, agreement or disagreement with this article, and/or possible criticisms related to the subjects or facts raised in the above article, click here.  Then look for those subjects in the navigation links at the top the page. To learn about more about global warming, climate change or greenhouse gases as well as the causes, consequences, solutions, definitions, facts and tipping points related to these subjects, click here.
To automatically be emailed a summary of the latest news on global warming, sign up for our Global Warming Blog by clicking here. (Put your email address in the Global Warming Blog Subscribe box at the bottom right of the page.)
To sign a critical petition for declaring a national and international global warming State of Emergency, click  here!