LET’S WRENCH POWER BACK FROM THE BILLIONAIRES... 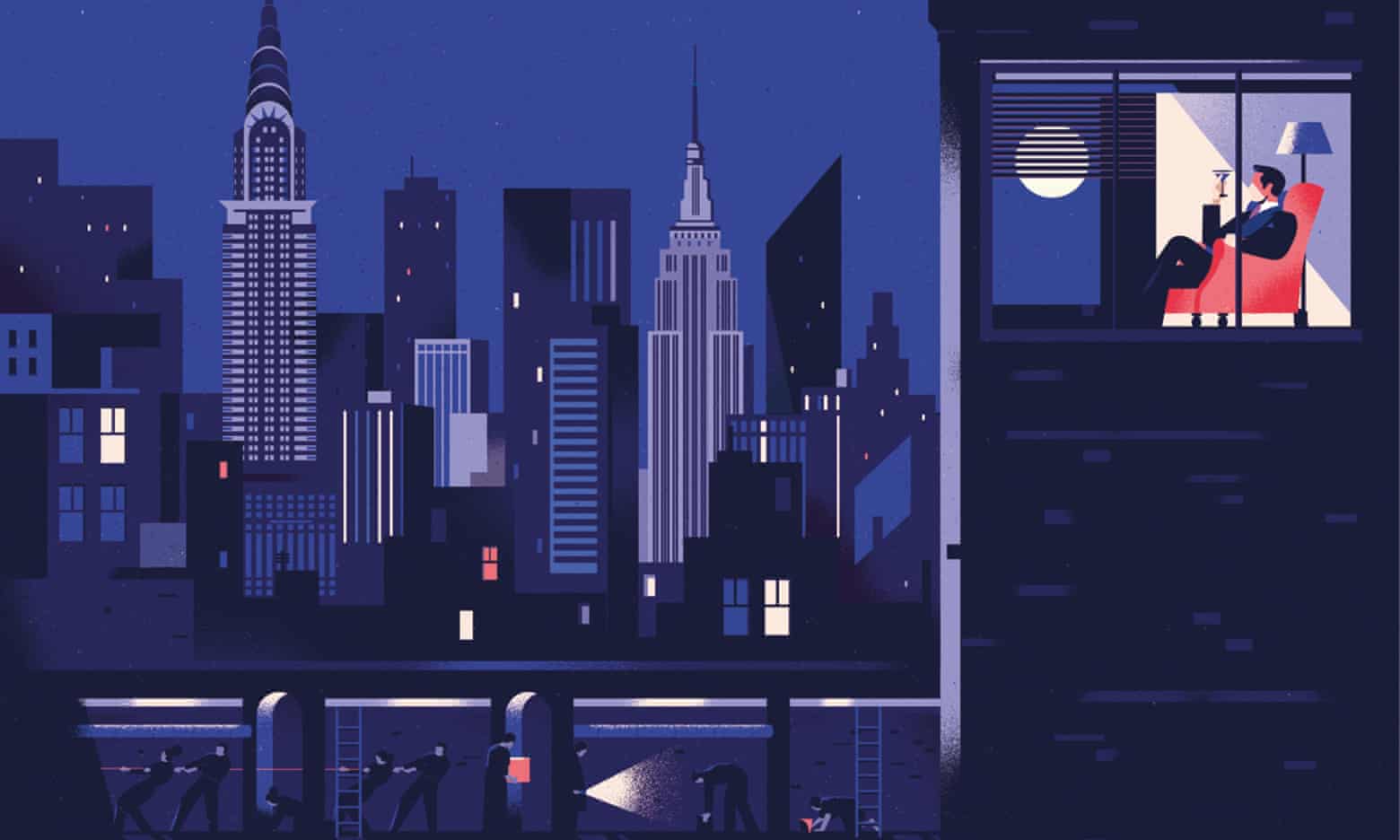 If we stand together against powerful special interests we can eliminate poverty, increase life expectancy and tackle climate change...

ere is where we are as a planet in 2018: after all of the wars, revolutions and international summits of the past 100 years, we live in a world where a tiny handful of incredibly wealthy individuals exercise disproportionate levels of control over the economic and political life of the global community.

Difficult as it is to comprehend, the fact is that the six richest people on Earth now own more wealth than the bottom half of the world’s population – 3.7 billion people. Further, the top 1% now have more money than the bottom 99%. Meanwhile, as the billionaires flaunt their opulence, nearly one in seven people struggle to survive on less than $1.25 (90p) a day and – horrifyingly – some 29,000 children die daily from entirely preventable causes such as diarrhoea, malaria and pneumonia.

The American people – not Big Oil – must decide our climate future...

At the same time, all over the world corrupt elites, oligarchs and anachronistic monarchies spend billions on the most absurd extravagances. The Sultan of Brunei owns some 500 Rolls-Royces and lives in one of the world’s largest palaces, a building with 1,788 rooms once valued at $350m. In the Middle East, which boasts five of the world’s 10 richest monarchs, young royals jet-set around the globe while the region suffers from the highest youth unemployment rate in the world, and at least 29 million children are living in poverty without access to decent housing, safe water or nutritious food. Moreover, while hundreds of millions of people live in abysmal conditions, the arms merchants of the world grow increasingly rich as governments spend trillions of dollars on weapons.

In the United States, Jeff Bezos – founder of Amazon, and currently the world’s wealthiest person – has a net worth of more than $100bn. He owns at least four mansions, together worth many tens of millions of dollars. As if that weren’t enough, he is spending $42m on the construction of a clock inside a mountain in Texas that will supposedly run for 10,000 years. But, in Amazon warehouses across the country, his employees often work long, gruelling hours and earn wages so low they rely on Medicaid, food stamps and public housing paid for by US taxpayers.

Not only that, but at a time of massive wealth and income inequality, people all over the world are losing their faith in democracy – government by the people, for the people and of the people. They increasingly recognise that the global economy has been rigged to reward those at the top at the expense of everyone else, and they are angry.

Millions of people are working longer hours for lower wages than they did 40 years ago, in both the United States and many other countries. They look on, feeling helpless in the face of a powerful few who buy elections, and a political and economic elite that grows wealthier, even as their own children’s future grows dimmer.

In the midst of all of this economic disparity, the world is witnessing an alarming rise in authoritarianism and rightwing extremism – which feeds off, exploits and amplifies the resentments of those left behind, and fans the flames of ethnic and racial hatred.

Now, more than ever, those of us who believe in democracy and progressive government must bring low-income and working people all over the world together behind an agenda that reflects their needs. Instead of hate and divisiveness, we must offer a message of hope and solidarity. We must develop an international movement that takes on the greed and ideology of the billionaire class and leads us to a world of economic, social and environmental justice. Will this be an easy struggle? Certainly not. But it is a fight that we cannot avoid. The stakes are just too high.

As Pope Francis correctly noted in a speech at the Vatican in 2013: “We have created new idols. The worship of the golden calf of old has found a new and heartless image in the cult of money and the dictatorship of an economy which is faceless and lacking any truly humane goal.” He continued: “Today everything comes under the laws of competition and the survival of the fittest, where the powerful feed upon the powerless. As a consequence, masses of people find themselves excluded and marginalised: without work, without possibilities, without any means of escape.”

A new and international progressive movement must commit itself to tackling structural inequality both between and within nations. Such a movement must overcome “the cult of money” and “survival of the fittest” mentalities that the pope warned against. It must support national and international policies aimed at raising standards of living for poor and working-class people – from full employment and a living wage to universal higher education, healthcare and fair trade agreements. In addition, we must rein in corporate power and prevent the environmental destruction of our planet as a result of climate change.

Here is just one example of what we have to do. Just a few years ago, the Tax Justice Network estimated that the wealthiest people and largest corporations throughout the world have been stashing at least $21tn-$32tn in offshore tax havens in order to avoid paying their fair share of taxes. If we work together to eliminate offshore tax abuse, the new revenue that would be generated could put an end to global hunger, create hundreds of millions of new jobs, and substantially reduce extreme income and wealth inequality. It could be used to move us aggressively toward sustainable agriculture and to accelerate the transformation of our energy system away from fossil fuels and towards renewable sources of power.

Taking on the greed of Wall Street, the power of gigantic multinational corporations and the influence of the global billionaire class is not only the moral thing to do – it is a strategic geopolitical imperative. Research by the United Nations development programme has shown that citizens’ perceptions of inequality, corruption and exclusion are among the most consistent predictors of whether communities will support rightwing extremism and violent groups. When people feel that the cards are stacked against them and see no way forward for legitimate recourse, they are more likely to turn to damaging solutions that only exacerbate the problem.

Bernie Sanders and Al Gore on solving the climate crisis

This is a pivotal moment in world history. With the explosion in advanced technology and the breakthroughs this has brought, we now have the capability to substantially increase global wealth fairly. The means are at our disposal to eliminate poverty, increase life expectancy and create an inexpensive and non-polluting global energy system.

This is what we can do if we have the courage to stand together and take on the powerful special interests who simply want more and more for themselves. This is what we must do for the sake of our children, grandchildren and the future of our planet.

• Bernie Sanders is a US senator for Vermont