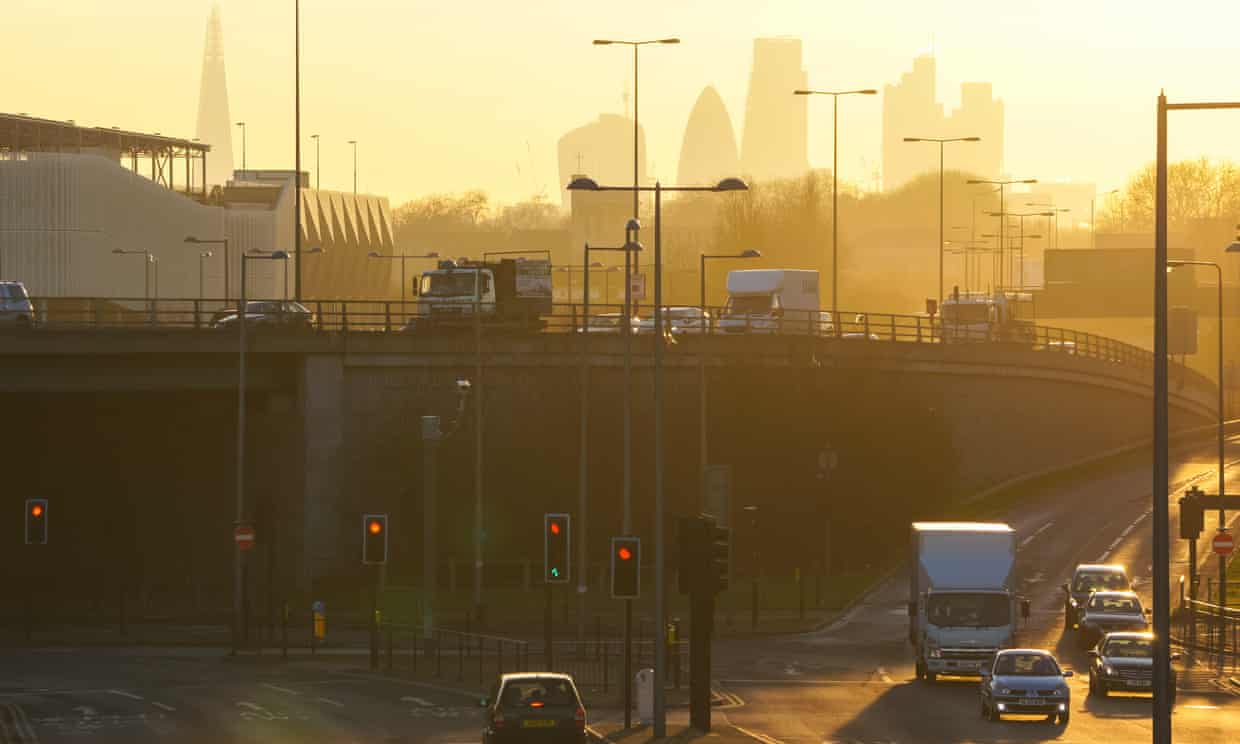 High levels of pollution are forecast for London along with large parts of England and Wales. Photograph: Marcin Rogozinski/Alamy

Rising temperatures and southerly winds expected to bring toxic air to large parts of England and Wales on Wednesday...

The mayor of London, Sadiq Khan, has triggered the capital’s emergency air quality alert as soaring temperatures combined with southerly winds are expected to bring dangerously toxic air to large parts of England and Wales on Wednesday.

The emergency alerts will see warnings displayed at bus stops, on road signs and on the underground. 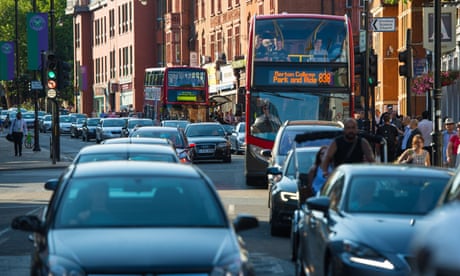 A spokesman said: “Due to the continued warm and sunny weather conditions, high levels of pollution are forecast tomorrow, particularly near busy roads. As a result of this the mayor has triggered a London-wide air quality alert this afternoon on the transport system to ensure Londoners are fully aware and able to take any extra precautions needed.”

Air quality researchers at King’s College London issued a statement on Tuesday warning of high pollution levels as southerly winds bring in toxic air from the continent during the day. A Department for Environment, Food and Rural Affairs air quality analysis shows moderate or high pollution is likely to affect large parts of England and Wales on Wednesday.

Experts warn that anyone with lung or heart problems should avoid or reduce strenuous physical exertion, particularly outdoors. Older people or those with asthma should take particular care. They say the worst air quality in the capital is likely to coincide with temperatures of 34C in late afternoon.

Simon Birkett, from the Clean Air in London campaign, said Bournemouth had already breached the EU’s threshold at which instances of ozone pollution must be reported to the European commission, and warned that large parts of England and Wales would be affected on Wednesday.

“This is a very serious episode, which unfortunately combines high levels of ozone with high levels of particulates, so it is very important that people keep an eye on these alerts and follow the health guidelines.”

Researchers said the toxic air was caused by high ozone levels brought up from industrial parts of France by a southerly wind. They also warned that particulate levels – from motor vehicles and other fuel burning – were expected to be “moderate, with high again a strong possibility”.

The government has come under growing pressure over the UK’s air quality. It has had a string of humiliating defeats in the courts over its failure to clean up the nation’s air – the latest of which was last week, when a high court judge said the continued delays were “a significant threat to public health”.

The subsequent report was deemed to have “major flaws” by experts, and environmental lawyers are now taking ministers back before judges.

Nitrogen dioxide emissions, mostly from diesel cars, cause 23,500 of the 40,000 premature deaths from air pollution each year, according to the government’s own data. In April last year MPs said air pollution was a public health emergency.