Looking, Quickly, for the Fingerprints of Climate Change... 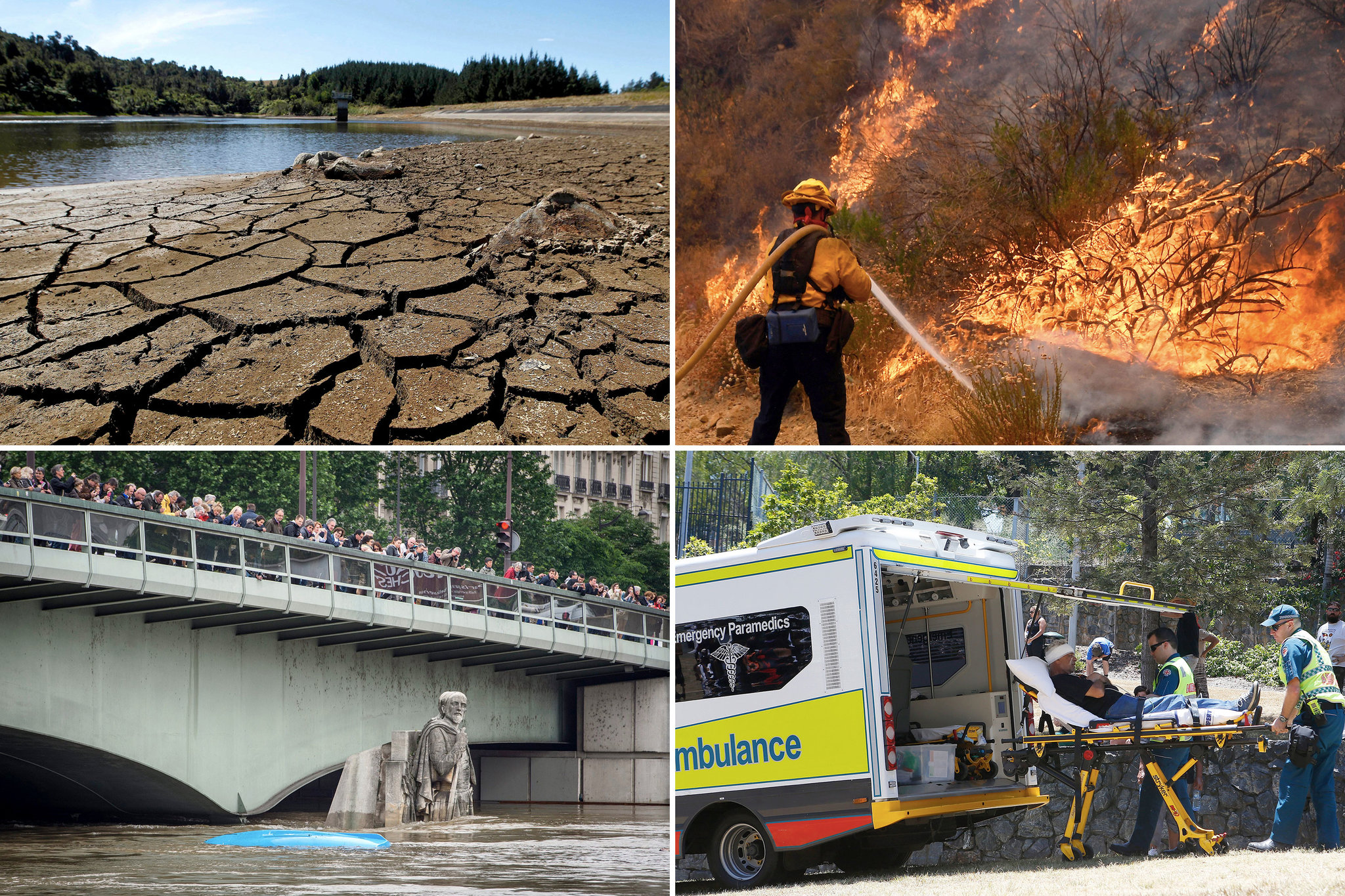 When days of heavy rain in late May caused deadly river flooding in France and Germany, Geert Jan van Oldenborgh got to work...

Dr. van Oldenborgh is not an emergency responder or a disaster manager, but a climate researcher with the Royal Netherlands Meteorological Institute. With several colleagues around the world, he took on the task of answering a question about the floods, one that arises these days whenever extreme weather occurs: Is climate change to blame?

For years, most meteorologists and climate scientists would answer that question with a disclaimer, one that was repeated so often it became like a mantra: It is not possible to attribute individual weather events like storms, heat waves or droughts to climate change.

But increasingly over the past decade, researchers have been trying to do just that, aided by better computer models, more weather data and, above all, improved understanding of the science of a changing climate.

Attribution studies, as they are called, can take many months, in large part because of the time needed to run computer models. Now scientists like Dr. van Oldenborgh, who is part of a group called World Weather Attribution, are trying to do such studies much more quickly, as close to the event as possible.

“Scientific teams are taking on the challenge of doing this kind of analysis rather rapidly,” said Peter A. Stott, who leads the climate attribution group at the Met Office, Britain’s weather agency.

The goal is to get sound scientific analysis to the public to help counter misinformation, deliberate or otherwise, about an event.

“It’s worthwhile to give the best scientific evidence at the time, rather than not saying anything and letting others say things that are not related to what really happened,” said Friederike Otto, a researcher at the University of Oxford who works with Dr. van Oldenborgh.

In the case of the European floods, World Weather Attribution, which is coordinated by Climate Central, a climate-change research organization based in Princeton, N.J., released a report less than two weeks after the Seine and other rivers overtopped their banks. The group concluded that climate change had made the French flooding more likely, but could not draw a conclusion about the flooding in Germany.

“In the French case, we had five almost independent measures, and they all agreed,” Dr. van Oldenborgh said. “With Germany, we only had two, and they disagreed.” 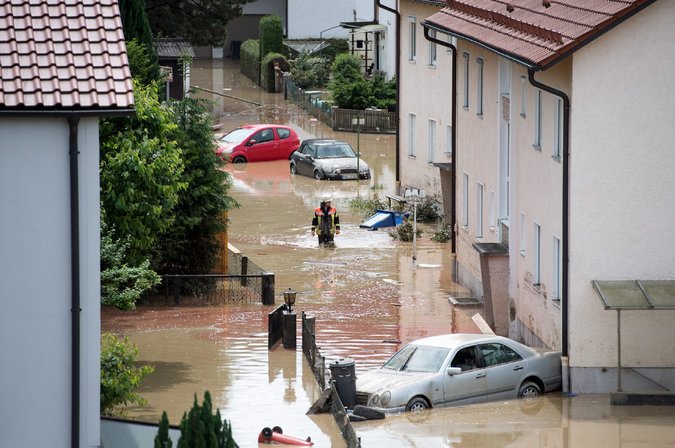 The scientists were uncertain about the link between climate change and recent flooding in Germany. Credit Sven Hoppe/European Pressphoto Agency

Climate scientists have said for decades that global warming should lead to an increase in extreme weather like heat waves and droughts. Because more water evaporates from the oceans and warmer air holds more moisture, climate change should also lead to more intense and frequent storms.

Studies have shown that these effects are occurring on a broad scale. The National Climate Assessment, for instance, notes that heavy downpours have increased across most of the United States in the last 25 years.

But analyzing individual events is problematic, largely for two reasons: Weather is naturally variable, even without climate change, and global warming may be only one of several factors influencing a particular event. Since reliable data is required, studies are also less likely to be undertaken for events in countries that lack much data-collecting infrastructure, or where governments do not share data widely.

Dr. Stott, of the Met Office, was the lead researcher for an early attribution study, a 2004 paper in Nature that linked a deadly 2003 heat wave in Europe to human-caused increases in greenhouse gas concentrations in the atmosphere. Since then the pace of such studies has increased; last year, a publication of the American Meteorological Society, edited by Dr. Stott and others, had 32 studies of 28 events, covering all seven continents.

Not all of them found a link to climate change. A study of water shortages in southeastern Brazil during a dry period in late 2014 and early 2015, for instance, found that the shortages were most likely driven by increasing population and water use than by climate change.

But other analyses — of a 2013 heat wave in Argentina, extreme rainfall in the Cévennes Mountains in France in 2014 and an extremely hot spring in South Korea that year — found a connection.

David W. Titley, a professor of meteorology at Pennsylvania State University who was chairman of a National Academies committee that looked at developments in the field of climate-change attribution, said that at this point studies of heat waves and other extreme-temperature events appeared to produce the most reliable assessments.

Studies of extreme rainfall are considered less reliable in finding links to climate change, and studies of events like wildfires and severe thunderstorms even less reliable.

Still, Dr. Titley said, such studies are worth doing, as long as certain conditions are met.

“There are very legitimate reasons why people want to do this rapidly,” he said. “But they need to state very clearly what the assumptions are, what the methods are, what the confidence level is,” he said.

“This is still not like predicting what time is sunrise for New York City tomorrow,” he added.

Attribution studies usually involve running climate models many times over. Because no model is a perfect representation of reality, varying them slightly for each run and averaging the results give scientists more confidence in their accuracy.