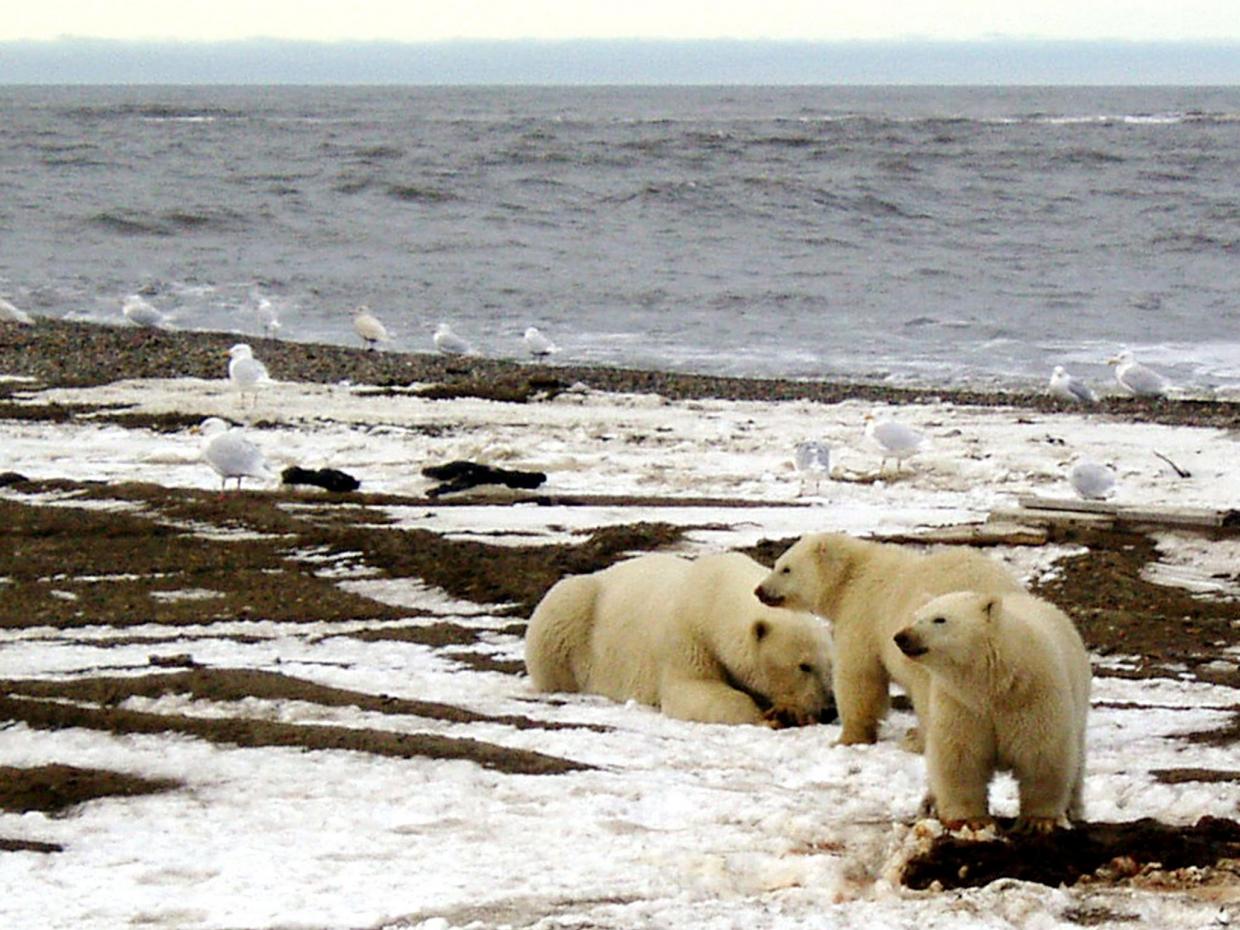 Polar bears are struggling because they use sea ice to hunt seals and other prey U.S. Fish and Wildlife Service/Handout

The loss of sea ice ‘represents one of the most severe positive feedbacks in the climate system’...

Wind turbines could be used to create more sea ice in the Arctic in a massive geoengineering scheme on the scale of the Manhattan Project, scientists have said.

The increasing loss of ice, which reflects much of the heat from the sun, and the release of currently frozen stores of potent greenhouse gas methane threaten to create runaway global warming that would affect the entire planet.

Experts believe the Arctic could be essentially free of sea ice for the first time in about 100,000 years within the next few decades. The famously impassable North West Passage is already open to shipping and fossil fuel companies are considering drilling in the region.

A team of scientists from Arizona State University has now suggested trying to counteract the loss of sea caused by rising temperatures in the Arctic, which has seen increases well above the global average. In Svalbard, winter temperatures have been up to 11C higher than the late 20th century.

They said this could be done by using wind power to pump water from below the existing sea ice to the surface, where it would freeze more readily.

It would, however, be a massive undertaking on the scale of the Manhattan Project, which saw the US develop the first nuclear bomb.

Climate scientist Dr Peter Gleick, president of the Pacific Institute in California, has warned that the rapid warming of the Arctic is “unprecedented” and could have a “catastrophic” effect on the climate of much of the world.

The jet stream, the usually steady flow of air circling the globe near the Arctic, has already changed, developing large loops which carry warm air towards the North Pole and freezing air south. 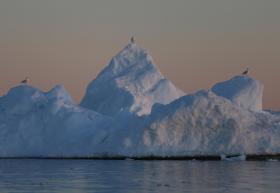 The researchers estimated covering more than 10 per cent of the Arctic with the wind-powered pumps would cost about $500bn (£404bn) over 10 years.

However, writing in Earth’s Future, a journal of the American Geophysical Union, they said doing this “could more than reverse current trends of ice loss in the Arctic”.

They warned that even if humans stopped producing carbon dioxide emissions it would still be “too late to prevent loss of summer sea ice in the 2030s”.

“Happily, though, any prevention of Arctic sea ice loss has the advantage of arresting the most powerful feedback in the climate system and making global climate change easier to deal with.”

The pumps could also potentially be used to increase the amount of sea ice cover to beyond historic levels.

“Could this approach be used to help the Arctic cool the Earth more effectively than it did in the 1980s and before?” the researchers wondered.

PDF to the Scientists study can be found HERE

“[The] loss of sea ice represents one of the most severe positive feedbacks in the climate system, as sunlight that would otherwise be reflected by sea ice is absorbed by open ocean,” the researchers wrote.

“We propose that winter ice thickening by wind-powered pumps be considered and assessed as part of a multi-pronged strategy for restoring sea ice.

“These are expensive propositions, but within the means of governments to carry out on a scale comparable to the Manhattan

Other suggestions for geoengineering to reduce the effects of climate change include creating clouds by pumping seawater into the air, reflecting light from the sun in space, planting massive forests to absorb carbon dioxide and adding fertiliser to the sea in select areas to increase the numbers of organisms that absorb carbon dioxide.

Such projects have been criticised in the past for tinkering with the planet, but the researchers argued it was time to accept humans were already altering the climate artificially and needed to do something about it.

The researchers said: “The term ‘geoengineering’ is used pejoratively by those who feel it is morally irresponsible to try to alter the climate system in an attempt to prevent ecological disasters, mass extinctions, and human misery brought on by displacement, famine and war.

“It is argued that: our knowledge of the climate system is imperfect; that lessening the effects of climate change in one area (eg temperature increases) does not fix the problem in other areas (eg precipitation patterns, ocean acidification); that the only solution to all of these problems is a rapid reduction in carbon dioxide and other greenhouse gas emissions; that actively working to improve the climate presents a moral hazard, as producers of carbon dioxide emissions will feel less pressure to work toward a solution; and that assuming an active role in the climate commits us morally and practically to a permanent role in the climate.

“All of these arguments are valid, and perhaps stewardship of the Earth’s climate is not a responsibility to be desired; but again, the alternative is to continue altering the climate without any purpose or plan.

“We prefer the term ‘geodesign’ in recognition of the fact that the climate is a highly integrated system that may be impossible to ‘fix’ simply through application of a technology, yet which might be improved by viewing the climate as a planetary system, accepting the role of humans in the climate, and designing a new role for humans in the climate.”