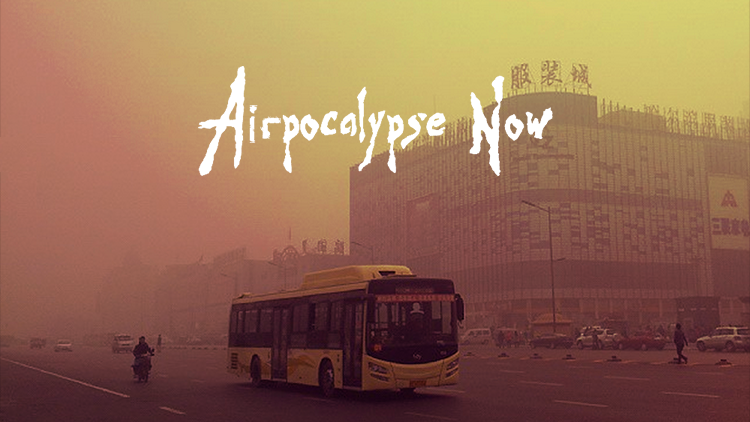 COUNTRIES across the globe are burdened with disease and in the world’s death capitals, there could be 70,000 premature deaths a year by 2030...

Air pollution has become a major crisis in countries in Southeast Asia as well as South Korea, Japan, Taiwan and China.

A study from Greenpeace International and Harvard University has discovered coal-fired power plants built in these countries are slowly killing people and creating an “airpocalypse”.

Australia is the world’s biggest coal exporter, with Japan, South Korea and Taiwan our best customers.

Burning coal can lead to smog, acid rain and toxic air pollution and the environmental impacts are disastrous, with coal-fired power plants being the nations’ top source of carbon dioxide emissions.

There are a number of planned projects to expand coal power in the Southeast and East Asian regions. If coal-fired power plants presently planned or under construction are built, there will be 20,000 more premature deaths a year by 2030, the report states.

If coal-fired power plants are stopped, about 50,000 lives could be saved a year by 2030, the report found. 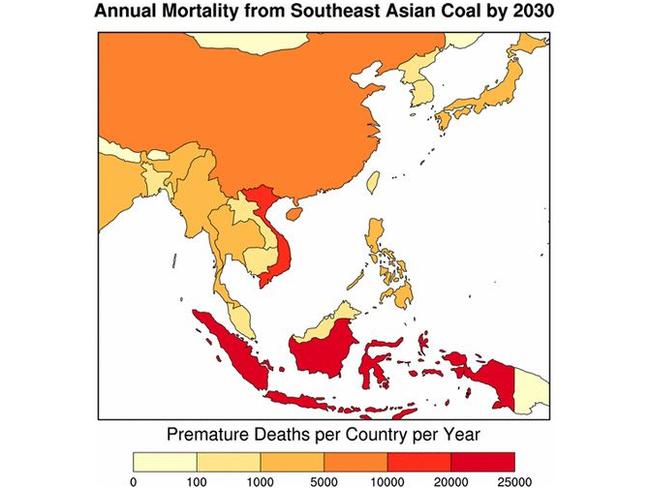 Death capitals of the world as a result of coal-fired power plants. Picture: Harvard University/Greenpeace InternationalSource:Supplied

“We estimate that tens of thousands of premature deaths could be avoided through cleaner energy choices. These significant human health costs should be considered when making choices about Southeast Asia’s energy future.”

The research found if coal-fired power plant projects go ahead, coal emissions in Southeast Asia, Korea and Japan will triple.

The largest increases in air pollutants will be in Indonesia and Vietnam.

According to the research, the highest number of premature deaths would be in Indonesia, followed by Vietnam.

“Countries in Southeast Asia have the chance now to leapfrog dirty, outdated technology like coal and move to renewable energy. Vietnam already took the first step by cancelling 17 large coal-fired power plants, reducing the projected health impacts from the country’s massive coal expansion by more than one fourth. Governments across the region have the chance to urgently shift their energy policies and save the lives of tens of thousands of their citizens.” 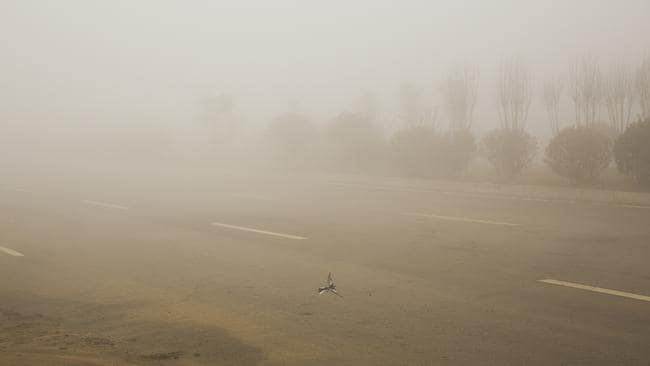 The research said electricity was in high demand in Southeast Asia because of the rapidly growing population. That demand is also expected to increase to more than twice the global average and will be met by using coal.

China was previously Australia’s number one customer when it came to coal, but after it suffered an air pollution crisis, it pulled back on coal consumption.

But sadly, that won’t protect the country. The research said China could still feel the effects of the countries around it using large amounts of coal, and the emissions could seep across the Chinese borders. The emissions in China and its “airpocalypse” last month should act as a warning to other countries.

China was on red alert after a blanket of pollution the size of Victoria smothered Beijing and more than 20 other cities.

Greenpeace Eat Asia said it was the most serious case of air pollution in 2016 and about 200 million people from six different provinces were suffering from hazardous levels of smog and another 260 million people were being exposed to heavy pollution.

“The ongoing ‘airpocalypse’ is further evidence that China must implement far stricter limitations on coal consumption and accelerate the restructuring of the economy away from heavily polluted areas,” climate and energy campaigner Doug Liansai said.