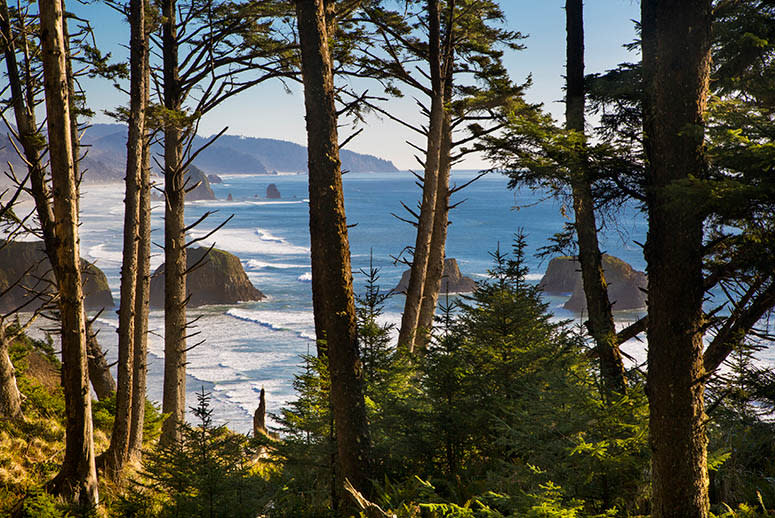 If you want an idea of what oceans around the world may be like in the not-too-distant future, look to the Pacific Ocean off the West Coast of the United States....

That’s the message from a team of scientists who analyzed dozens of recent research papers on climate change’s impact on ocean conditions. Their work was published in in the journal BioScience.

From British Columbia to Mexico, increasing acidity, rising temperatures, and lower oxygen levels are putting multiple stresses on marine life at the same time, said George Somero, a marine biologist at the Hopkins Marine Station of Stanford University in Pacific Grove, California, and the lead author of the analysis.

The effects extend to our dinner plates because the ecosystem shifts have affected Pacific salmon, shellfish, and other commercially valuable species. Along with ocean acidification, “we see small rises in temperature,” said marine biologist Jody Beers of the Hopkins Marine Station. “We also see more pronounced levels in hypoxia, with shoaling—spreading of the oxygen minimum zone—into coastal areas.”

These conditions have contributed to mass die-offs of fish, crabs, and seabirds in recent years, including last summer’s starvation of seabirds from Northern California to British Columbia.

RELATED: Blue Planet: The Fight to Save the World's Oceans

Some species are moving northward in search of cooler waters, said Beers, as well as moving deeper into the ocean, where oxygen levels remain livable.

“When you look at the ocean, the changes are happening in one direction,” said Somero. “Oxygen is going down, temperatures are going up, pH is going down, [and it’s] the fastest rate at which these variables have changed in the earth’s history. When people say glibly, ‘Things always change. Life goes on,’ well, things have never changed this quickly.”

“When you’re talking about fishes, whales, seals—big animals—they have very long generation times,” he added. “And the rate at which things are changing is so quick that these organisms just won’t be able to keep up.”

There are steps people can take to help build resilience among marine species, Soros and Beers said, such as cutting runoff of fertilizers from farmland into the ocean, which can create oxygen-depleted dead zones near coastlines.

“But the continuous addition of CO2 to the atmosphere, that’s the big challenge, and it’s not clear what we do about that,” Soros said. “Even if we were to stop them, the planet is going to continue warming, and the CO2 will continue to go into the oceans.”

Getting a better grasp on the combined impacts is vital, said Beers. “By continuing to understand how these multiple stressors work together and the effect they have on marine animals, we can start to identify some of the more sensitive species,” she said. “There may be one species that is more tolerant than another, and that may influence decisions that policy makers make in terms of managing our fisheries.”