MARRAKECH CLIMATE SUMMIT MARKS THE START OF A NEW ERA...

As Obama, Kerry and Ban Ki-moon head for the exit, it’s unclear if a new world order will place same emphasis on climate action...

As dusk fell over Marrakech on Friday, a chill gripped the fast-emptying pavilions that housed the 2016 UN climate summit.

Talks were scheduled to conclude at 6pm, but envoys managed to find reasons to maintain negotiations into the night, perhaps aware of the hangover that follows such a party.

An early finish would mean staring not at reams of complex UN technical papers, but at the front pages of the world’s papers and news websites, where one bronzed face dominates.

Billed as a meeting of action and implementation, COP22 fast became two weeks of damage limitation in the wake of Donald Trump’s shock election victory.

On the opening Monday, delegates from 196 countries celebrated the Paris Agreement’s entry into force: 11 months after that historic night in the French capital it was now international law.

Little over 48 hours later Trump’s shadow fell over the desert venue, marking the start of a new era in global climate change politics. 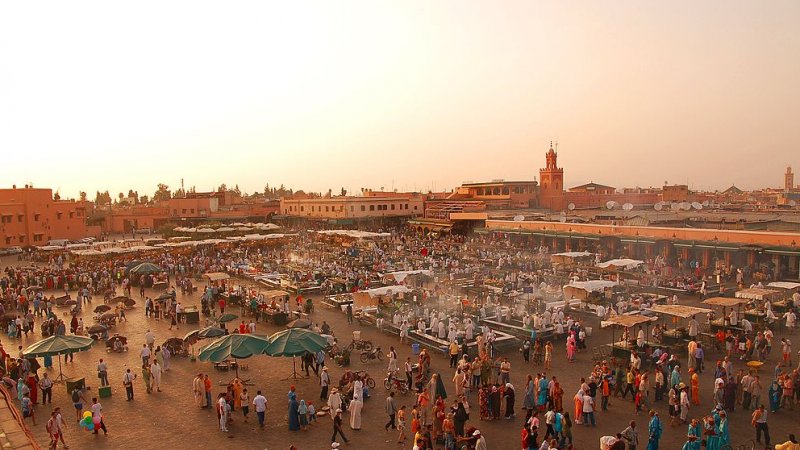 The most powerful man in the world would soon be a bankruptcy veteran who once said climate change was a Chinese hoax and promised to ”cancel” the Paris Agreement.

“I get knocked down, I get up again, you’re never gonna keep me down,” hummed the UN’s top energy envoy Rachel Kyte in an interview with Climate Home later that day, half-grinning, half-grimacing.

It’s probably the first (and last) time 1990s British band Chumbawumba have featured at an international conference, but it summed up the belligerent mood.

For journalists it was a bonanza: for envoys a nightmare. The UN executive secretary went missing for a day from a planned event. Grim-faced US diplomats waved away pleas for comment.

“No-one has a clue what is going to happen, and it is not very helpful to speculate,” said UK climate minister Nick Hurd.

Green groups coordinated and stuck to a simple message in the days that followed: the green economy is growing fast and change is irreversible. Renewables investments hit record levels in 2015, but off the record, few experts are convinced the Trump effect will be negligible.

In a private meeting, an EU envoy explained the turmoil that the result had caused; carefully laid plans binned in a scramble to come up with a cogent response.

A meeting of the Major Economies Forum involving the US, EU, China, India, Brazil, Canada and Mexico was like a morgue they said – the once influential climate decision-making body was in paralysis.

“It was with a lot of emotion I was sitting in the MEF,” said EU climate chief Miguel Arias Canete, pledging the EU would “not let it die” if the US quits this process.

Canete tweeted a picture of himself hugging US secretary of state John Kerry after the meeting. “I will miss this man,” he wrote. 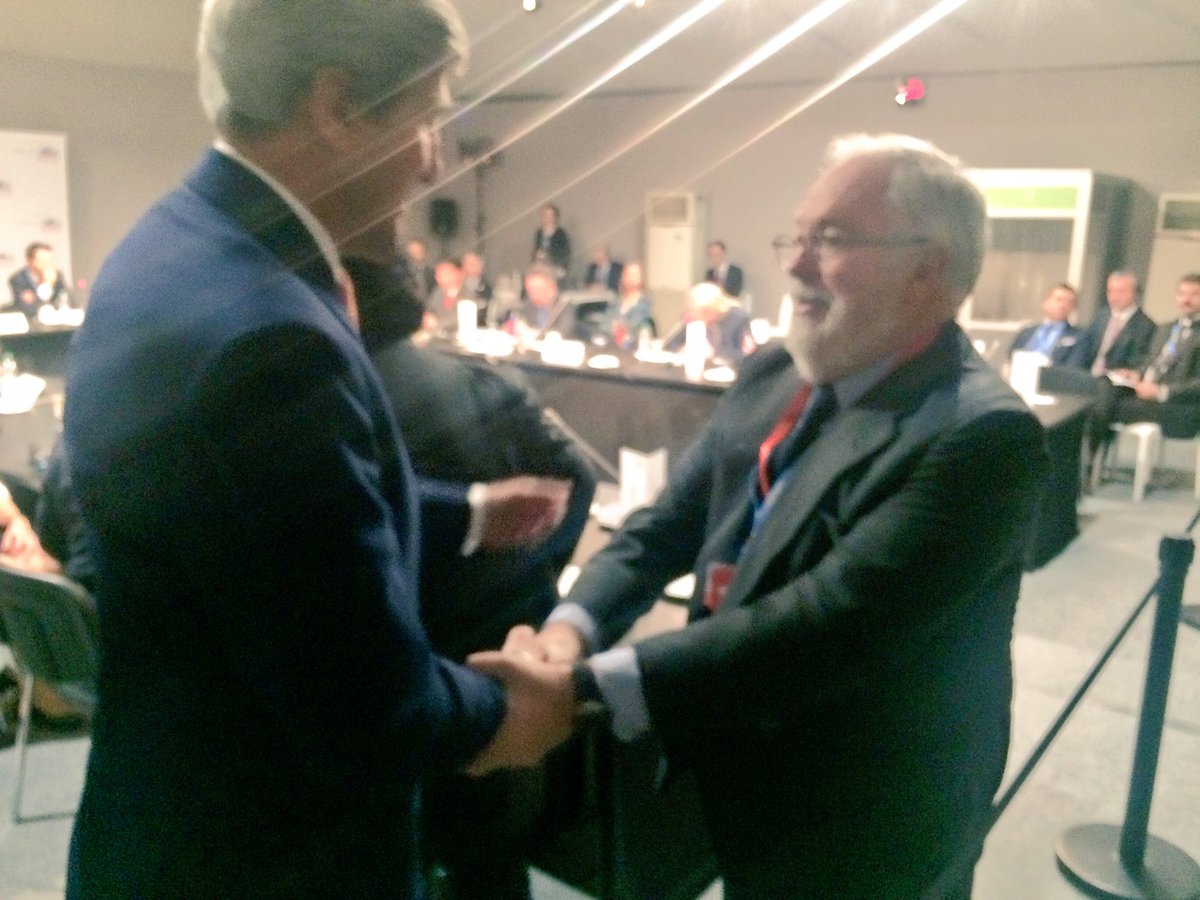 I will miss this man.

Behind closed doors, Washington’s foreign policy chief was “candid,” said a UK source. So candid he apparently admitted he had no idea what president-elect Trump might say or tweet next.

Ever the star billing, Kerry’s speech in Marrakech left many watching in tears, recalling as he did signing the Paris Agreement in April with his granddaughter perched on his knee.

But his impotence was evident, as was that of President Barack Obama’s climate advisor Brian Deese, who optimistically launched the country’s first 2050 carbon cutting strategy. 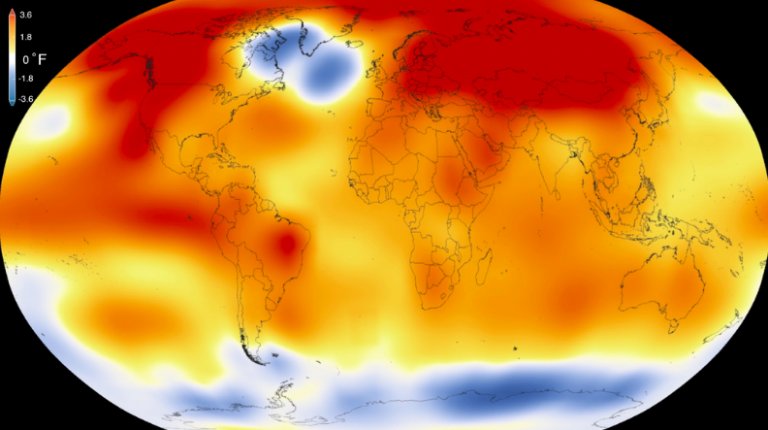 #China minister confirms #Beijing is not behind #climate ‘hoax’ http://www.climatechangenews.com/2016/11/17/china-minister-confirms-beijing-is-not-behind-climate-hoax/ …

On Wednesday night, after Kerry’s departure, a scene played out in the US Pavilion at an event hosted by the Edison Electric Company, an organisation accused of funding anti-climate lobbyists in the 1990s.

Beer, wine and cocktails flowed as what seemed like the majority of the US negotiating team milled with leading NGOs, business leaders. All anyone was talking about was Trump.

Jonathan Pershing – the bearded top US climate envoy with an eclectic tie collection – offered a few words to the crowd, harking back to his first climate meeting in 1991.

Then a Republican president had urged countries to take global warming seriously, hosting a summit in Chantilly, Virginia that attracted a few thousand at best.

The big change now, he said, is that climate change is “no longer a problem of 20-30 years out. It’s now. That underpins the action we need to see now.”

His team applauded; some posed for pictures together next to the US pavilion. It felt like the end of an era and the start of a new chapter of history.

A day later, Ban Ki-moon bade his farewell to a process he has nurtured since assuming office, bearing the scars of Copenhagen in 2009 and laurels of Paris in 2015.

“Find where your voice and strong commitment matters, for the common good of humanity,” the UN chief told a small gathering of supporters on Thursday morning in his final address.

With the US role in international diplomacy looking potentially unconstructive, to say the least, new and unlikely climate champions are emerging.

Chinese diplomats talked this week of assuming “moral leadership” of the process, while a group of  over 40 developing countries said they would develop 100% renewable domestic energy grids.

A Saudi Arabian envoy talked of the “whole world moving… I don’t think any country or government could undermine this,” they said. Russia stayed unusually silent, at a moment when one word from Putin would have been a banshee-call.

“We are in a time of political shifts, but look at the messaging from China, Canada, Mexico, the EU and Brazil,” said Dirk Forrister, head of the International Emissions Trading Association and a former White House aide.

He tipped Canadian prime minister Justin Trudeau as a man who can fill the hole left by Obama, along with German chancellor Angela Merkel, who hosts the G20 summit in 2017.

As the meeting drew to close, Morocco’s foreign minister – president of the talks – spoke of the ambition, solidarity and progress achieved at the COP22 summit.

Delegates in the hall – painted like a Bedouin tent – rose to applaud his words, as they had done on Thursday night when a pledge by 196 countries to support the UN climate deal was released.

Come the next UN meeting their numbers could be down to 195, their resolve tested like never before, the business case for climate action under intense scrutiny.

New leaders will need to emerge, who can articulate a future where moving away from fossil fuels does not leave communities stranded and embittered, breeding grounds for fiery demagogues.

“If you organise the transition in a way people feel left behind then they will follow illiberal forces,” warned top German environment official Jochen Flasbarth this week.

But the urgency of the challenge has not gone away. While the link between economic growth and emissions is weakening, carbon cuts are still not happening fast enough to meet the goals of the Paris Agreement.

2016 is set to be the warmest year on record, for the third year running, rising nearly 1.2C above pre-industrial temperatures.

Concerns over loss and damage from climate impacts “will get bigger” counselled Pershing in his penultimate press conference as US envoy.

“Our homes and livelihoods are destroyed and damaged, we have to rebuild our lives, but we have nowhere to run to, you can imagine the emotional stress,” said Kiribati prime minister Anote Tong in a media event on Thursday.

Beside him sat Paula Faiva, climate chief of the tiny Pacific atoll of Tokelau. When it came to her turn to speak, just tears emerged.

By Ed King in Marrakech