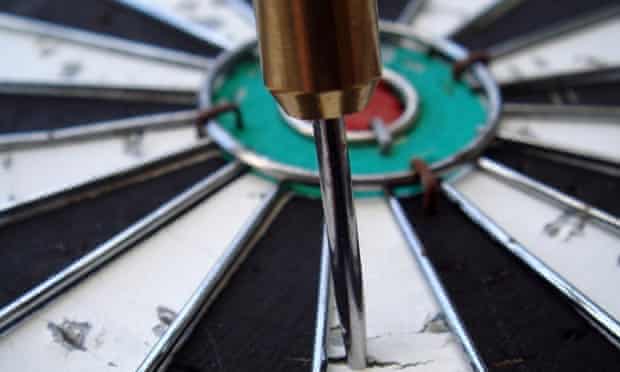 Disney, Target, Walmart and 3M are among the companies that have fallen behind on their environmental commitments. But their stumbles haven't received much attention...

When the Walt Disney Company reached out to Rainforest Action Network for help in crafting a new sustainable paper sourcing policy in 2012, the nonprofit was all ears. As the world's largest publisher of children's books and magazines, with more than 700m products sold each year, Disney’s paper sourcing influences the operations of 25,000 factories in more than 100 countries.
But after 18 months of working closely with the company, some of Rainforest Action Network's officials have grown frustrated with Disney's slow pace. "When we talked to them recently, they gave good reasons why implementation is lagging, but if it happens again, we're going to need to draw more attention to why they're falling behind," says Lafcadio Cortesi, Asia director for the NGO.

In its latest sustainability report, the company explained that it held off on its plan to design and develop a paper tracking and verification process and system en route to its goal of using less paper and a higher percentage of recycled paper:

“In 2013, we focused on the design elements: identifying and developing business and functional requirements for the paper supplier tracking and verification system. During the discovery phase, we put a temporary hold on developing the system because we needed additional time to finalize a comprehensive and fully integrated system solution.”
Disney isn't the only company that has stumbled on the path to meeting some of its sustainability targets. After setting very public goals, such as reducing greenhouse gas emissions, conserving water and cutting energy usage, many large corporation are falling behind or missing self-set benchmarks.

Progress at a crawl

A Ceres report in April found that US corporations aren’t doing enough to tackle climate change and other sustainability threats. "While there is progress being made by an increasing number of companies and sectors, we are still not seeing the speed of change that is required – or the scale of innovation that is possible," the report noted.
Part of that may come from a lack of pressure: If a company fails to meet its goals, there's little blowback from shareholders or consumers, Cortesi says. "Voluntary commitments are just that – voluntary commitments," he says. "It's like, 'Oh we slipped.'"
Some NGOs scoff at benchmarks anyway, calling for more ambitious action. "Our concern is that the companies are setting targets with a conservative approach," says Cynthia Cummis, deputy director of greenhouse gas protocol for the World Resources Institute. "We want to see companies setting ambitious targets because that's what tends to drive innovations and transformation."
Of course, setting more difficult goals makes it more likely that companies will miss them. Andrea Moffat, vice president of corporate program at Ceres, says there are myriad reasons why a corporation may fall short of its goals. "You have to really look at it from a company-by-company basis," she says. For example, some companies "might set genuine stretch goals, versus those that they can easily meet, or they might have acquired another company.”
Here are some of the top US companies that have failed to meet key sustainability targets:

The world’s largest retailer has rolled out a number of sustainability initiatives designed to lessen its environmental footprint, including scorecards evaluating suppliers in key sustainability metrics. And it certainly can’t be accused of a lack of ambition: its environmental goals include getting 100% of its energy from renewable sources and creating zero waste.
But while it has had success with some its goals, including its sustainability index and its expansive solar efforts, the company has lagged on several others.
Nine years after setting its goal of getting 100% of its energy from renewables, for example, Walmart has reached 19%, including 6% from its own renewable energy projects (pdf) and 13% in power purchases from the grid.

And while it did meet a goal of reducing emissions from stores, clubs and distribution centers by 20% from 2005 levels in 2011, a year earlier than its 2012 target, Walmart doesn't expect to meet its goal of eliminating 20m metric tons of greenhouse-gas emissions by the end of 2015. The company says it has eliminated more than 7.6m metric tons of emissions from its supply chain and is on track to cut 18m metric tons by 2015.

"We knew this goal was an aggressive one, and we’ve encountered a variety of challenges along the way," it says on its website. "When there is no predefined roadmap to success, we must rely on experimentation, trial and error, and rapid prototyping before we can scale real innovation."

The Minnesota-based retailer has also fallen behind on some of its key sustainability goals. Blaming a bitter winter in 2013, the company reports that it has "taken several steps back" when it comes to meeting its 2015 greenhouse gas emissions targets, for instance.
By 2015, it aims to reduce emissions per square foot by 10% – and emissions per million dollars of retail sales by 20% – from 2007 levels. While it has achieved a total of a 7.1% reduction in emissions per square foot and 7.4% reduction in emissions per retail sales so far, these emissions grew – instead of shrank – 1.3% and 3.2%, respectively, last year.
The retailer also announced that, by 2015, it plans to achieve a 20% reduction in operating waste. As of last year, though, it had only reduced its operating waste by 0.9%.
Target declined to make a representative available for an interview, but said in a statement that it is making “ongoing improvements throughout our supply chain” and that it has “set clear goals for cutting our greenhouse gas emissions and for reducing resource consumption and waste.” While the company admits to “mixed” progress towards its sustainability goals in 2013, it emphasized that “our commitment was – and continues to be – as strong as ever.”

The company’s water stewardship has barely inched along: 3M reported that its absolute total water use in 2012 was 43.51m cubic meters, which barely moved in 2013 to a total of 43.18m cubic meters.

When it comes to managing waste, it's hard to make apples-to-apples comparisons because the company has changed its definition and goals for this category twice since 1990. But in its latest report, the company said it generated 189,081 metric tons of waste in 2013, an increase from 2012’s 178,728 metric tons.

Todd Paglia, executive director of ForestEthics, calls 3M’s sustainable forest policies among the worst examples in the industry. "If you look at their policies around forest issues, it's generic – some of it doesn't even make any sense," he says. "[The policy] seems to be serving the primary purpose of presenting a green image."

3M declined a request for an interview, but it released a statement claiming that it "is deeply committed to responsible business operations and we have been commended and awarded for our innovative solutions to addressing these global environmental challenges."

• This article was amended 22 July 2014. An earlier version said Walmart had only reached 4% renewables towards its goal of 100%. That number was outdated. It has reached 19%. An earlier version also said that Walmart had missed its greenhouse-gas emissions goal. In fact, it met its goal of reducing emissions from stores, clubs and distribution centers by 20% from 2005 levels by 2012 a year early, but expects to miss its goal of eliminating 20m metric tons of emissions by the end of 2015.

The values-led business hub is funded by SC Johnson. All content is editorially independent except for pieces labelled advertisement feature. Find out more here.