NEOLIBERALISM HAS CONNED US INTO FIGHTING CLIMATE CHANGE AS INDIVIDUALS... 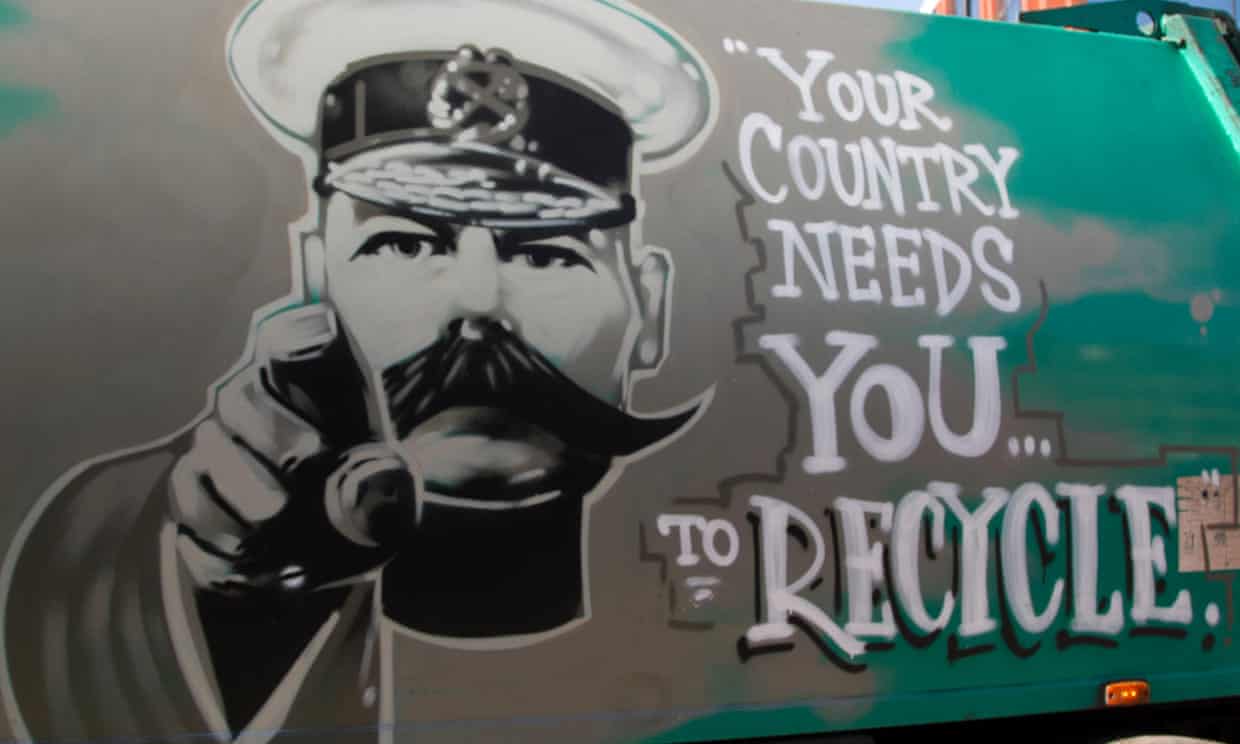 Stop obsessing with how personally green you live – and start collectively taking on corporate power...

Would you advise someone to flap towels in a burning house? To bring a flyswatter to a gunfight? Yet the counsel we hear on climate change could scarcely be more out of sync with the nature of the crisis.

Related: IT'S TOO LATE TO FIX GLOBAL WARMING USING GRASSROOTS ORGANIZING! ONLY THE 1% CAN SAVE US NOW!

The email in my inbox last week offered thirty suggestions to green my office space: use reusable pens, redecorate with light colours, stop using the elevator.

Back at home, done huffing stairs, I could get on with other options: change my lightbulbs, buy local veggies, purchase eco-appliances, put a solar panel on my roof.

And a study released on Thursday claimed it had figured out the single best way to fight climate change: I could swear off ever having a child.

These pervasive exhortations to individual action — in corporate ads, school textbooks, and the campaigns of mainstream environmental groups, especially in the west — seem as natural as the air we breathe. But we could hardly be worse-served.

While we busy ourselves greening our personal lives, fossil fuel corporations are rendering these efforts irrelevant. The breakdown of carbon emissions since 1988? A hundred companies alone are responsible for an astonishing 71%. You tinker with those pens or that panel; they go on torching the planet.

The freedom of these corporations to pollute – and the fixation on a feeble lifestyle response – is no accident. It is the result of an ideological war, waged over the last 40 years, against the possibility of collective action. Devastatingly successful, it is not too late to reverse it.

The political project of neoliberalism, brought to ascendence by Thatcher and Reagan, has pursued two principal objectives. The first has been to dismantle any barriers to the exercise of unaccountable private power. The second had been to erect them to the exercise of any democratic public will.

Its trademark policies of privatization, deregulation, tax cuts and free trade deals: these have liberated corporations to accumulate enormous profits and treat the atmosphere like a sewage dump, and hamstrung our ability, through the instrument of the state, to plan for our collective welfare.

Anything resembling a collective check on corporate power has become a target of the elite: lobbying and corporate donations, hollowing out democracies, have obstructed green policies and kept fossil fuel subsidies flowing; and the rights of associations like unions, the most effective means for workers to wield power together, have been undercut whenever possible.

At the very moment when climate change demands an unprecedented collective public response, neoliberal ideology stands in the way. Which is why, if we want to bring down emissions fast, we will need to overcome all of its free-market mantras: take railways and utilities and energy grids back into public control; regulate corporations to phase out fossil fuels; and raise taxes to pay for massive investment in climate-ready infrastructure and renewable energy — so that solar panels can go on everyone’s rooftop, not just on those who can afford it.

Neoliberalism has not merely ensured this agenda is politically unrealistic: it has also tried to make it culturally unthinkable. Its celebration of competitive self-interest and hyper-individualism, its stigmatization of compassion and solidarity, has frayed our collective bonds. It has spread, like an insidious anti-social toxin, what Margaret Thatcher preached: “there is no such thing as society.”

Studies show that people who have grown up under this era have indeed become more individualistic and consumerist. Steeped in a culture telling us to think of ourselves as consumers instead of citizens, as self-reliant instead of interdependent, is it any wonder we deal with a systemic issue by turning in droves to ineffectual, individual efforts? We are all Thatcher’s children.

Even before the advent of neoliberalism, the capitalist economy had thrived on people believing that being afflicted by the structural problems of an exploitative system – poverty, joblessness, poor health, lack of fulfillment – was in fact a personal deficiency.

Neoliberalism has taken this internalized self-blame and turbocharged it. It tells you that you should not merely feel guilt and shame if you can’t secure a good job, are deep in debt, and are too stressed or overworked for time with friends. You are now also responsible for bearing the burden of potential ecological collapse.

If affordable mass transit isn’t available, people will commute with cars. If local organic food is too expensive, they won’t opt out of fossil fuel-intensive super-market chains. If cheap mass produced goods flow endlessly, they will buy and buy and buy. This is the con-job of neoliberalism: to persuade us to address climate change through our pocket-books, rather than through power and politics.

Eco-consumerism may expiate your guilt. But it’s only mass movements that have the power to alter the trajectory of the climate crisis. This requires of us first a resolute mental break from the spell cast by neoliberalism: to stop thinking like individuals.

The good news is that the impulse of humans to come together is inextinguishable – and the collective imagination is already making a political come-back. The climate justice movement is blocking pipelines, forcing the divestment of trillions of dollars, and winning support for 100% clean energy economies in cities and states across the world. New ties are being drawn to Black Lives Matter, immigrant and Indigenous rights, and fights for better wages. On the heels of such movements, political parties seem finally ready to defy neoliberal dogma.

None more so than Jeremy Corbyn, whose Labour Manifesto spelled out a redistributive project to address climate change: by publicly retooling the economy, and insisting that corporate oligarchs no longer run amok. The notion that the rich should pay their fair share to fund this transformation was considered laughable by the political and media class. Millions disagreed. Society, long said to be departed, is now back with a vengeance.

So grow some carrots and jump on a bike: it will make you happier and healthier. But it is time to stop obsessing with how personally green we live – and start collectively taking on corporate power.