Humans are pushing the Earth closer to a climate cliff

A new study examines potential climate feedbacks that could push Earth into a ‘hothouse’ state. A new paper, just published in the Proceedings of the National Academy of Sciences has received a lot of media attention. The attention is justified because the paper paints a very grim picture of the climate and what humans may be doing to it. In particular, the authors of this study tried to determine the trajectory that the Earth is on so we can predict what the future climate will be. 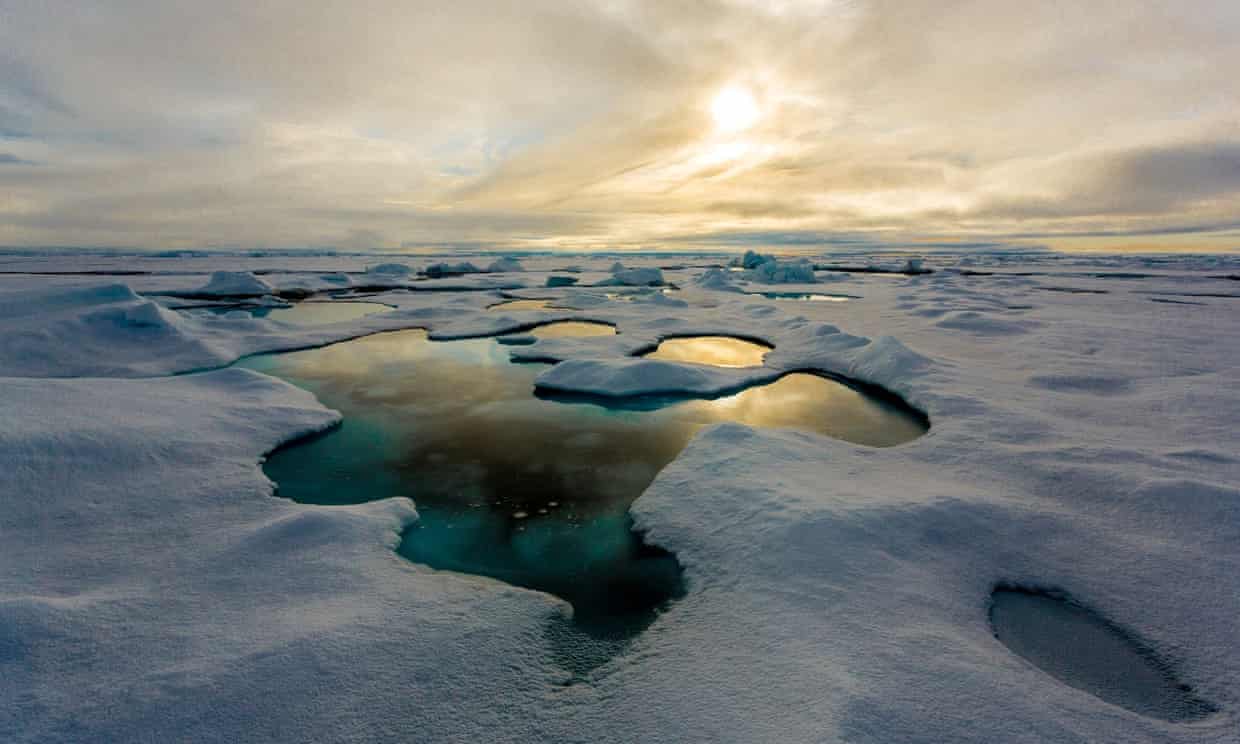 There are many really important insights from this new paper. The paper's authors wanted to know how feedbacks in the Earth’s climate will play a role in shaping the climate in the future. By feedbacks, we mean a change in one part of the climate that then causes another change, which in turn may cause another change, and so on, potentially setting up chain reactions.

Feedbacks are really important because they are changes that the natural system makes without being caused directly by humans.

For example, melting ice is one feedback, particularly in the Arctic. Humans have emitted greenhouse gases that have caused the Earth to warm. As the Earth warms, ice melts; as ice melts, it means there is less white reflective cover on the Earth surface. In fact, a lot of this ice melting is happening in the Arctic. Instead of having a white surface that reflects sunlight, we have open ocean water that absorbs sunlight. Consequently, melting of ice leads to more absorbed sunlight which then leads to more melting of ice – a reinforcing cycle, as illustrated below. 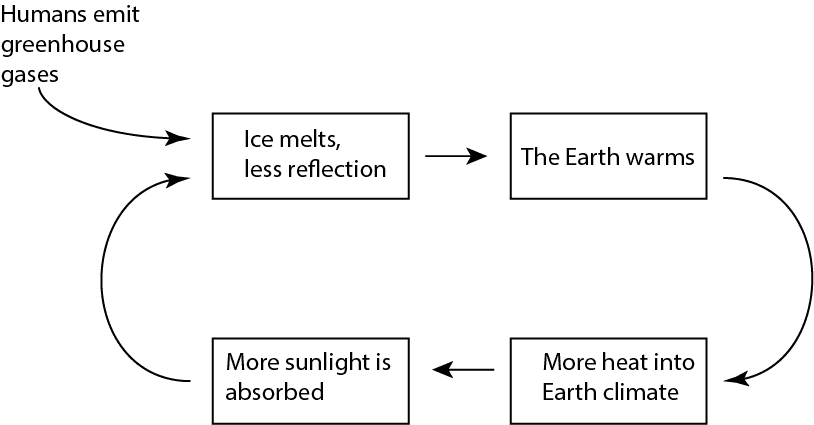 Activating one of these cycles is bad news for a few reasons. First, it takes away a lot of control of the Earth’s climate from us. Right now, humans control the climate through our emissions of greenhouse gases. But once these cycles get activated, the Earth’s climate will partially control itself. That means it will be harder to stop the warming process.

The second reason this is bad news is that many of the cycles are linked together. For instance, the feedback cycle shown above might be strong enough to activate another cycle (for example, melting of permafrost and the release of trapped methane). So, you can’t look at these feedbacks in isolation. You have to consider how they behave as a group.

The various feedbacks also have connecting arrows to show how they are interrelated. For instance, there is an arrow connecting the Greenland Ice Sheet and Arctic summer sea ice. This means the two feedbacks affect each other. 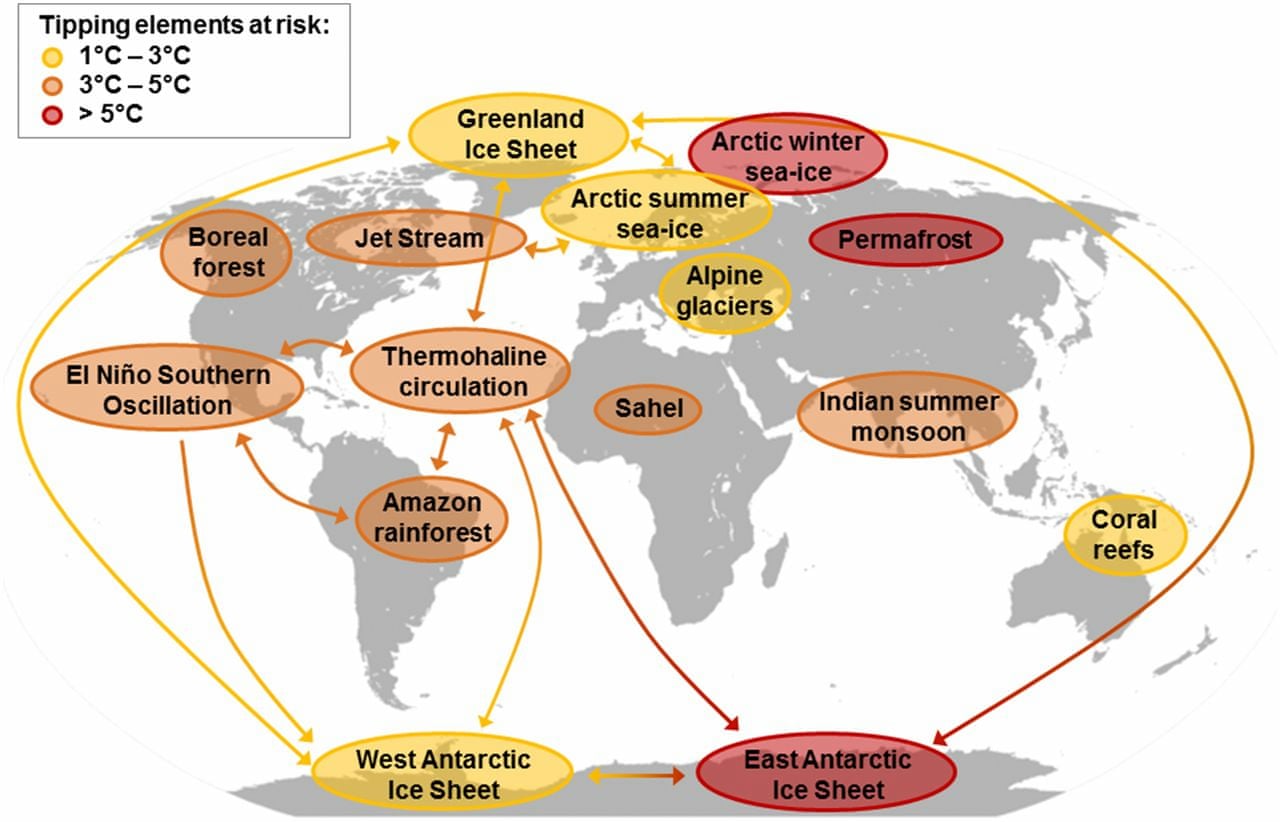 It doesn’t stop there; both of these affect the thermohaline circulation which would be activated at a higher temperature threshold. Finally, all of these (Greenland, West Antarctica, and the thermohaline circulation) affect the East Antarctic Ice Sheet. Melting of that ice sheet would be devastating to the entire globe. We see how a change that started with Arctic ice has spread, through these interconnections, to the South Pole.

A couple of things to note. First, we don’t actually know when these various feedbacks will be “tipped.” Scientists have educated guesses, but we really are not certain. Also, we don’t know how long they will take to tip. As an example, let’s say we pass the tipping point for a collapse of the Amazon Rainforest. That doesn’t mean it will die off immediately, but it means its death is likely or certain. But how long will it take? Years? Decades? We can make estimates, but that is what they are – estimates. We know that some feedbacks will take a long time to complete, even after we pass the point of no return. For example, the East Antarctica Ice Sheet will take centuries to melt.

But with these caveats, it just means humans should be more focused on taking action now to avoid triggering the tipping points. We don’t know where they are so let’s be safe and stay far away. The problem is, humans collectively are not doing enough. My country specifically is the world’s worst when it comes to pushing us over these tipping points. There still is time to avoid the worst impacts of climate change. But, it is far too late to avoid all climate change – it is already here. What we are hoping for now is enough wisdom and will to at least stop short of going off these cliffs.

The original article is located at: https://www.theguardian.com/environment/climate-consensus-97-per-cent/2018/aug/15/humans-are-pushing-the-earth-closer-to-a-climate-cliff