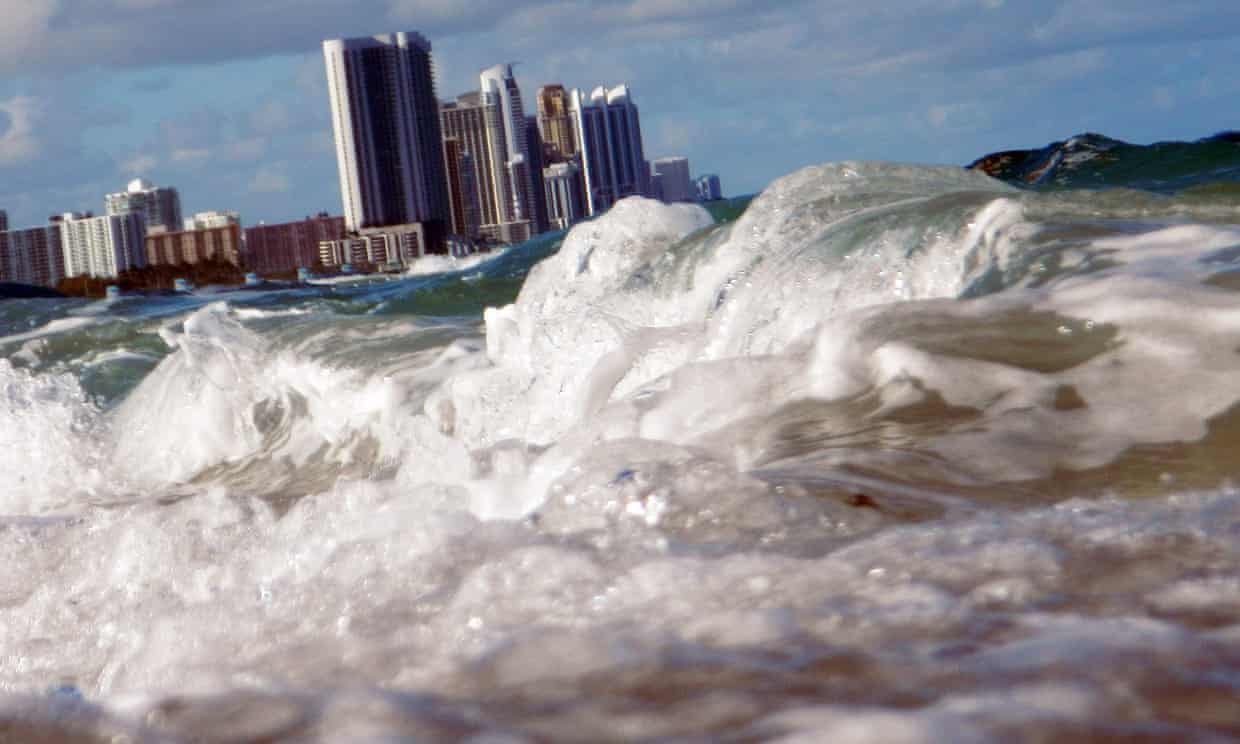 Miami is one of a number of US cities at risk from the effects of climate change. Photograph: Joe Raedle/Getty Images

US cities will lead national policy on climate change after the Trump administration’s withdrawal from the Paris climate accords, working to reduce emissions and become more resilient to rising sea levels, Mitch Landrieu of New Orleans said at an annual meeting in Florida... 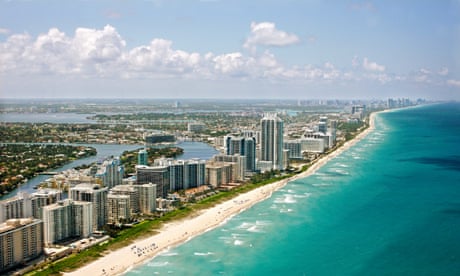 The fight against climate change: four cities leading the way in the Trump era. Read more...

“I think most mayors in America don’t think we have to wait for a president” whose beliefs on climate change are disconnected from science, Landrieu said.

The US Conference of Mayors supported the Paris agreement, and according to preliminary results released on Saturday morning from an ongoing nationwide survey, the vast majority of US mayors want to work together and with the private sector to respond to climate change.

“There’s near unanimity in this conference that climate change is real and that humans contribute to it,” said Landrieu, who will replace Oklahoma City mayor Mick Cornett as conference president in Miami Beach this weekend. “There may be a little bit of a disagreement about how actually to deal with it.

“If the federal government refuses to act or is just paralyzed, the cities themselves, through their mayors, are going to create a new national policy by the accumulation of our individual efforts,” he said.

New York City mayor Bill de Blasio said US cities too often find themselves alone when trying to address the effects of climate change. De Blasio joined Miami Beach mayor Philip Levine on a tour of a South Beach neighborhood where the city has raised streets and installed pumps to send up to 120,000 gallons of water a minute flowing back into Biscayne Bay.

The project – aimed at keeping the island city dry amid rising seas – has received national attention, but Levine noted that not all communities can afford to fight climate change without state or federal funding.

A May survey of local sustainability efforts, conducted by the conference and the Center for Climate and Energy Solutions, initially only included 80 mayors who hold leadership positions within the conference. After Donald Trump pulled the US out of the Paris agreement, the survey was extended to all conference members and the mayors of about 1,400 cities with populations of 30,000 or more. 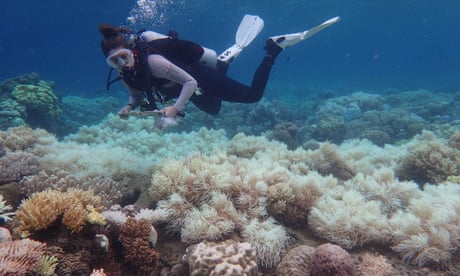 Cities still have months to respond to the questionnaire on low-carbon transportation options, renewable energy and energy efficiency programs, but the data received so far from 66 cities in 30 states showed 90% were interested in forming partnerships with other local governments to create climate plans, implement transportation programs or procure equipment such as electric vehicles.

The responses have come from cities ranging in size from 21,000 people – Pleasantville, New Jersey – to New York City’s 8.5 million. According to the survey, the majority want to buy or already bought green vehicles, and most also have energy efficiency policies for new and existing municipal buildings.

Traditional energy sources still dominate, but the survey noted that more cities could use renewable electricity if their states passed legislation. Forty-seven cities spent nearly $1.2bn annually on electricity for city operations, and “with this level of purchasing power, coordinated efforts or shifts in demand from US cities will be of interest to energy utilities and provides”, the survey said.