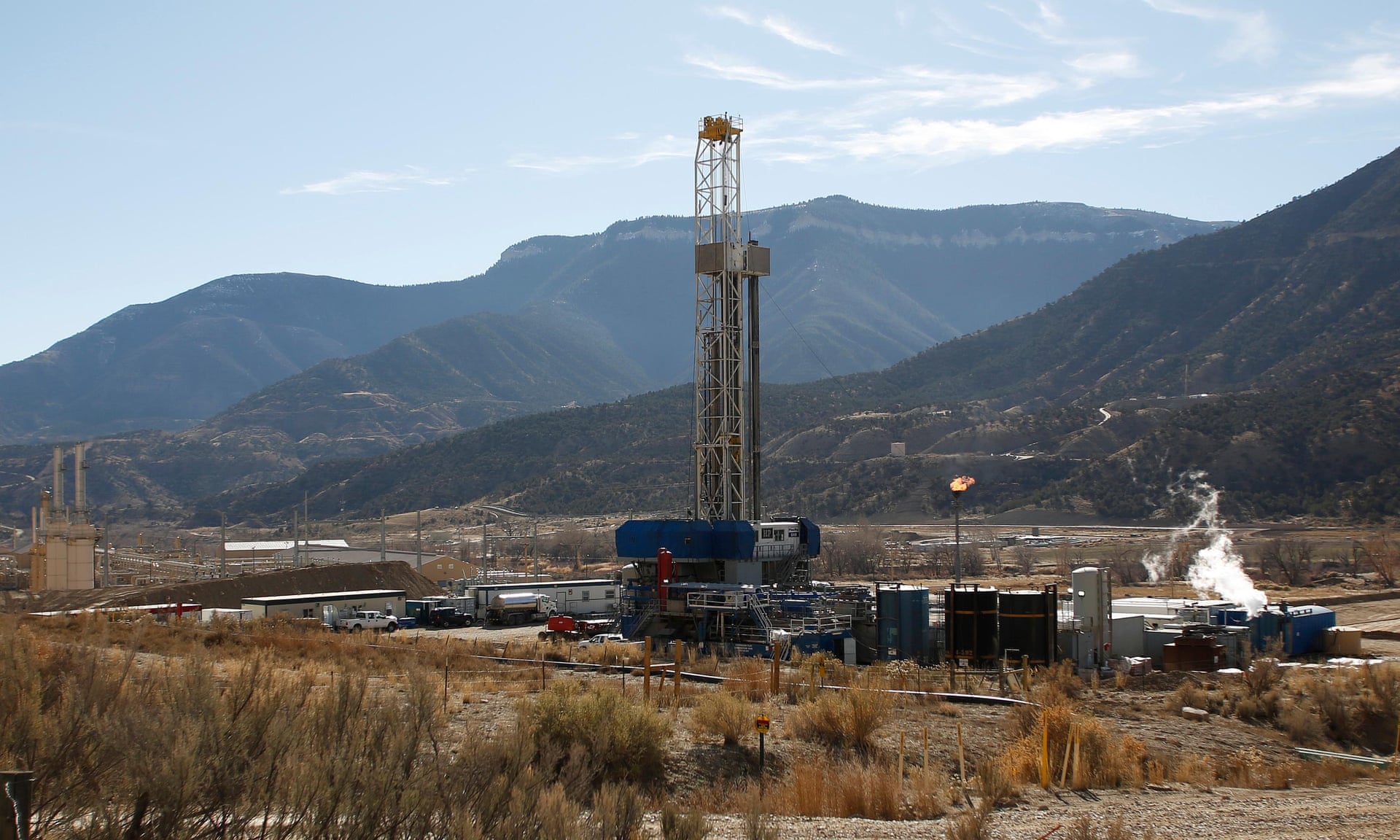 Natural gas drilling only has environmental benefits over other processes like coal and oil production if producers can keep a tight lid on leaks...

Natural gas has been touted as an environmentally friendly substitute to coal and oil production, but a new report estimates enough gas is leaking to negate most of the climate benefits of process.

The report, commissioned by the Environmental Defense Fund and carried out by environmental consulting group ICF International, estimated the amount of leaks from natural gas and oil production on federal and tribal land in the US. It also looked at venting and flaring, processes in which drilling sites purposefully let gas go into the atmosphere for a variety of reasons – usually for safety.

The claim that natural gas is environmentally friendly hinges on how much methane leaks into the atmosphere during the production process. But the EDF report adds weight to those who say methane leaks at natural gas sites can make the process nearly or as carbon-intensive as coal.

The EDF found that 65bn cubic feet of natural gas was released into the air on federal and tribal lands in 2013 – amounting to about $360m of lost gas. That, the EDF says, is not only an economic loss, but an environmental problem. Methane, the main ingredient in natural gas, is 84 times more potent than carbon dioxide over short periods of time and 30 times more potent over the long term.

The leaks are the equivalent to the greenhouse gases produced by 5.6m cars.

Local pollution is also concern, according to the EDF: in Pinedale, Wyoming, emissions from fracking and other drilling operations produced smog levels rivaling inner-city Los Angeles; while in New Mexico, a methane “hot spot” was so large it could be detected by NASA satellites.

The report also has national implications for fracking and other natural gas production. Natural gas drilling only has environmental benefits over other processes like coal and oil production if producers can keep a tight lid on leaks, and previous studies have suggested that enough gas is leaking across the country to negate most of those impacts.

Scientists generally agree that within the entire production process – from drilling, to transportation through pipelines, to distribution – no more than 3% of the gas can leak for the country to see a net benefit over dirtier energy production technologies.

According to Hugh MacMillan, a senior researcher at nonprofit Food and Water Watch, the EDF’s numbers suggest that about 2.2% of the gas produced on federal and tribal lands is leaking – though that’s only at the drilling site. Leaks during the transportation process could push the total amount over 3%, but even at that level MacMillan said the benefits of natural gas production are negligible.

“With 3% leakage, we’re being sold climate benefits when what we are really getting is marginally less climate damage,” he said.

There are ways to drastically reduce those leakage rates – some operators of natural gas sites manage to get their leaks down to under 1%. And the Bureau of Land Management, which oversees drilling on federal lands, is currently implementing stricter standards for drilling. The question is whether all drilling operators can meet those standards quickly.

“There are better practices that drilling operators can use,” said Seth Shonkoff, the executive director of environmental consultancy PSE Healthy Energy. “But they need to be done now or yesterday as opposed to at the current pace to make this even close to climate neutral.”