NEW RESEARCH MAY RESOLVE A CLIMATE ‘CONUNDRUM’ ACROSS THE HISTORY OF HUMAN CIVILIZATION... 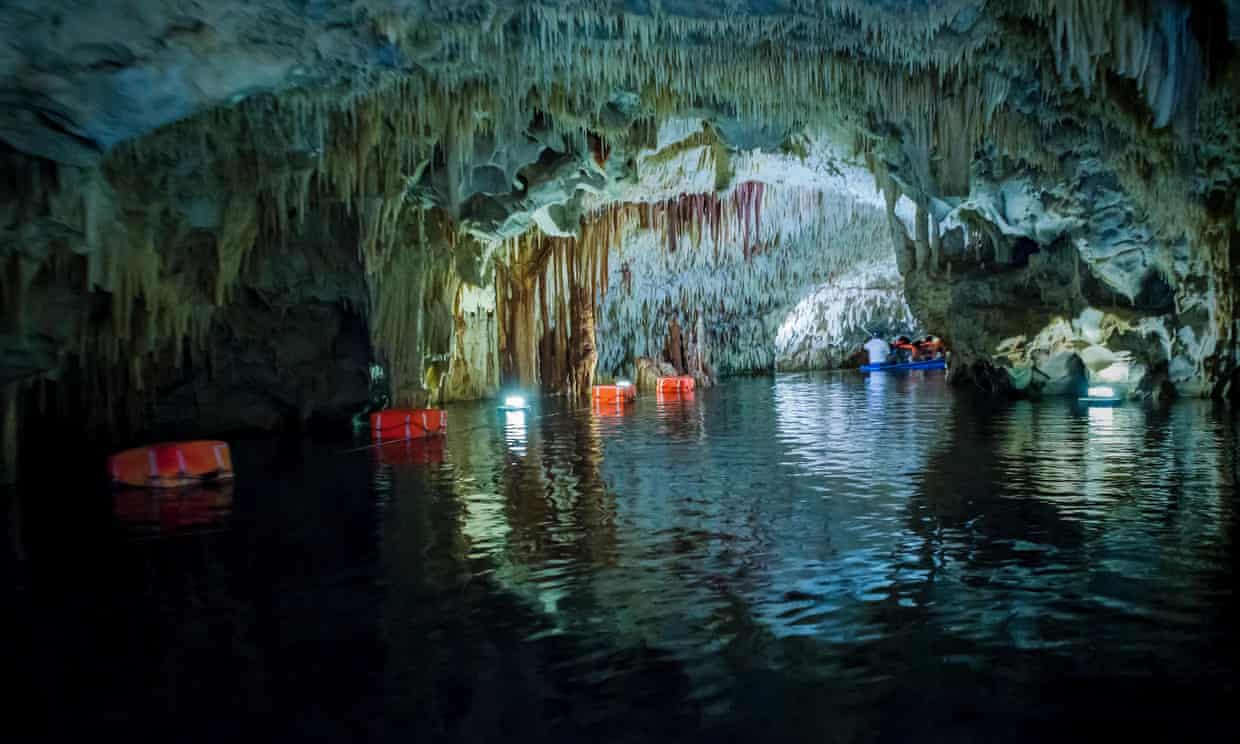 Stalagmites and stalactites in the caves of Diros in Greece. Photograph: Alamy Stock Photo

Earth’s last ice age ended about 12,000 years ago. The warmer and more stable climate the followed allowed for the development of agriculture and the rise of human civilization. This important period encompassing the past 12,000 years is referred to as the Holocene geological epoch. It also created a “conundrum” for climate scientists, because global temperatures simulated by climate models didn’t match reconstructions from proxy data.

To be specific, the overall temperature change during the Holocene matched pretty well in reconstructions and models, but the pattern didn’t. The best proxy reconstruction from a 2013 paper led by Shaun Marcott estimated more warming than models from 12,000 to 7,000 years ago. Then over the past 7,000 years, Marcott’s reconstruction estimated about 0.5°C cooling while model simulations showed the planet warming by about the same amount.

A new paper led by Jonathan Baker may help to resolve that discrepancy. The scientists examined stalagmites from a cave in the southern Ural Mountains of Russia. The ratio of oxygen isotopes in the stalagmites can be used to estimate past winter temperatures. The Marcott study had one known shortcoming – the proxy temperature data they used mostly represented the summer season. And as Baker explained, changes in the Earth’s orbital cycles have caused summer cooling and winter warming during the Holocene:

Because our orbit is elliptical, we’re not always the same distance from the sun. About 10,000 years ago, Earth was closest to the sun during summer and farthest during winter. Today it is the opposite. Based on this variable alone, we would expect winter warming and summer cooling in the northern hemisphere (and vice versa in the southern hemisphere) over the last 10,000 years.

During the period from 15,000 to 7,000 years ago, temperatures were rising because large ice sheets were disappearing. That was especially true in the summer because back then, the Earth was closest to the sun during that season. So the Marcott temperature reconstruction, which was predominantly based on summer temperature proxies, estimated a lot of warming from 15,000 to 7,000 years ago (more than in model simulations), then a small cooling thereafter, while models simulate a slight warming over the past 7,000 years due to a slow rise in greenhouse gases.

The stalagmite data in the Baker study show that winter temperatures behaved differently and can reconcile the discrepancies between the Marcott reconstruction and model simulations. This suggests that the climate models are right – Earth’s surface temperature warmed rapidly at the end of the last ice age, from about 17,000 to 7,000 years ago, then the rate of warming slowed as the climate stabilized. However, it didn’t reverse into a cooling trend, because atmospheric greenhouse gas levels were rising.

Then of course came the Industrial Revolution 200 years ago, and carbon dioxide levels consequently shot up due to humans burning fossil fuels. As a result, temperatures have spiked as well. Over the past 130 years, global surface temperatures have risen about 20 times faster than when the Earth transitioned out of the last ice age. Over the past 40 years, the rate of global warming has been 3 times faster yet.

And that’s in comparison to Earth’s fastest natural climate change, when it’s transitioning from an ice age to a warm period. Over the past 7,000 years, when human civilization was able to develop and thrive, Earth’s temperatures and climate were quite stable. The temperature change during the past 7,000 years was about 0.5°C. Humans have caused that much warming in just the past 25 years. If we follow through with the Paris agreement and manage to limit global warming to 2°C over a 200-year period, in that best-case scenario the Earth would still warm 20 times faster than a natural ice age transition. If we fail to cut carbon pollution, that rate could speed to more than 50 times faster than Earth’s fastest natural climate change.

There are several important points we can take from the Baker study. First, climate models are able to simulate climate changes over the history of human civilization fairly accurately. Second, when there’s a discrepancy between data and models, people have a tendency to distrust the models, but sometimes the problem lies more in the data. Third, if not for the human influence, the climate would continue the stable conditions of the past 7,000 years, during which time human civilization developed and thrived.

Fourth and most importantly, humans are in the process of destabilizing the climate, and we’re already causing global warming at a rate 20 times faster than Earth’s fastest natural climate change. That’s why climate scientists are so concerned, and why the Paris agreement is so important.