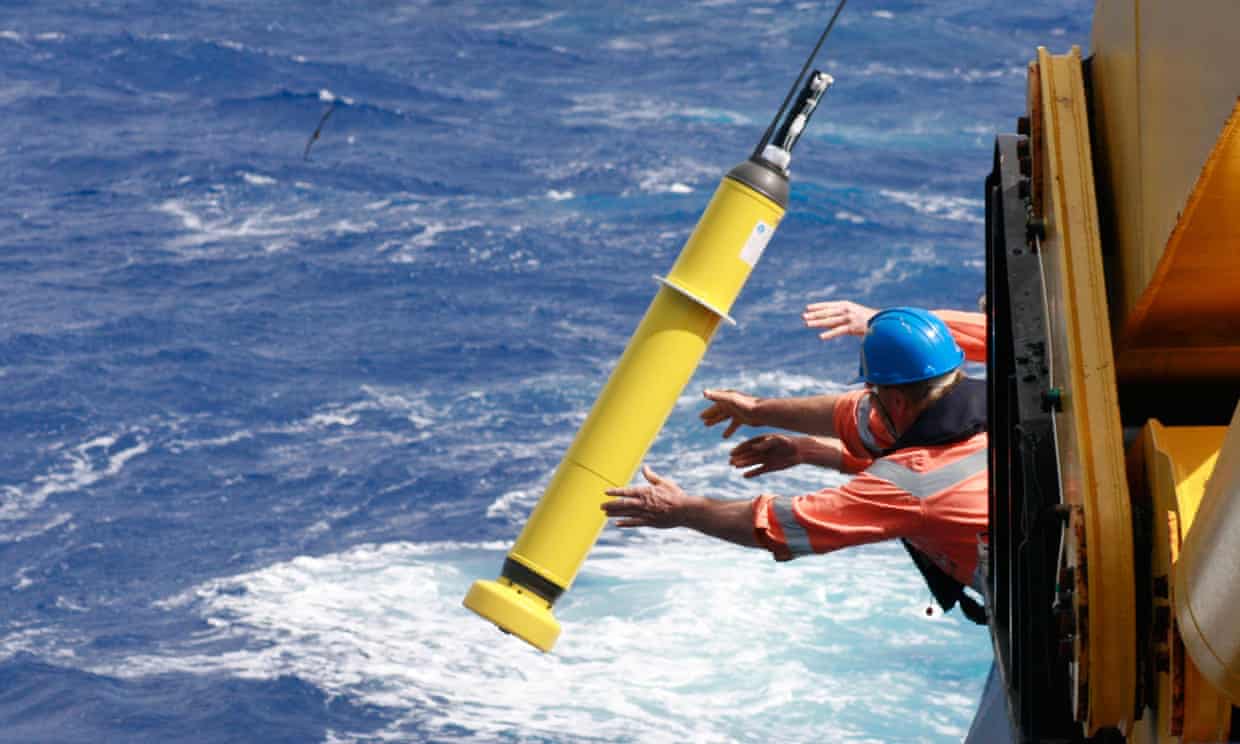 An Argo float is deployed into the ocean Photograph: CSIRO

Although there’s some uncertainty in the distribution among Earth’s ocean basins, there’s no question that the ocean is heating rapidly...

As humans put ever more heat-trapping gases into the atmosphere, the Earth heats up. These are the basics of global warming. But where does the heat go? How much extra heat is there? And how accurate are our measurements? These are questions that climate scientists ask. If we can answer these questions, it will better help us prepare for a future with a very different climate. It will also better help us predict what that future climate will be.

These difficulties are tackled by oceanographers, and a significant advancement was presented in a paper just published in the journal Climate Dynamics. That paper, which I was fortunate to be involved with, looked at three different ocean temperature measurements made by three different groups. We found that regardless of whose data was used or where the data was gathered, the oceans are warming. 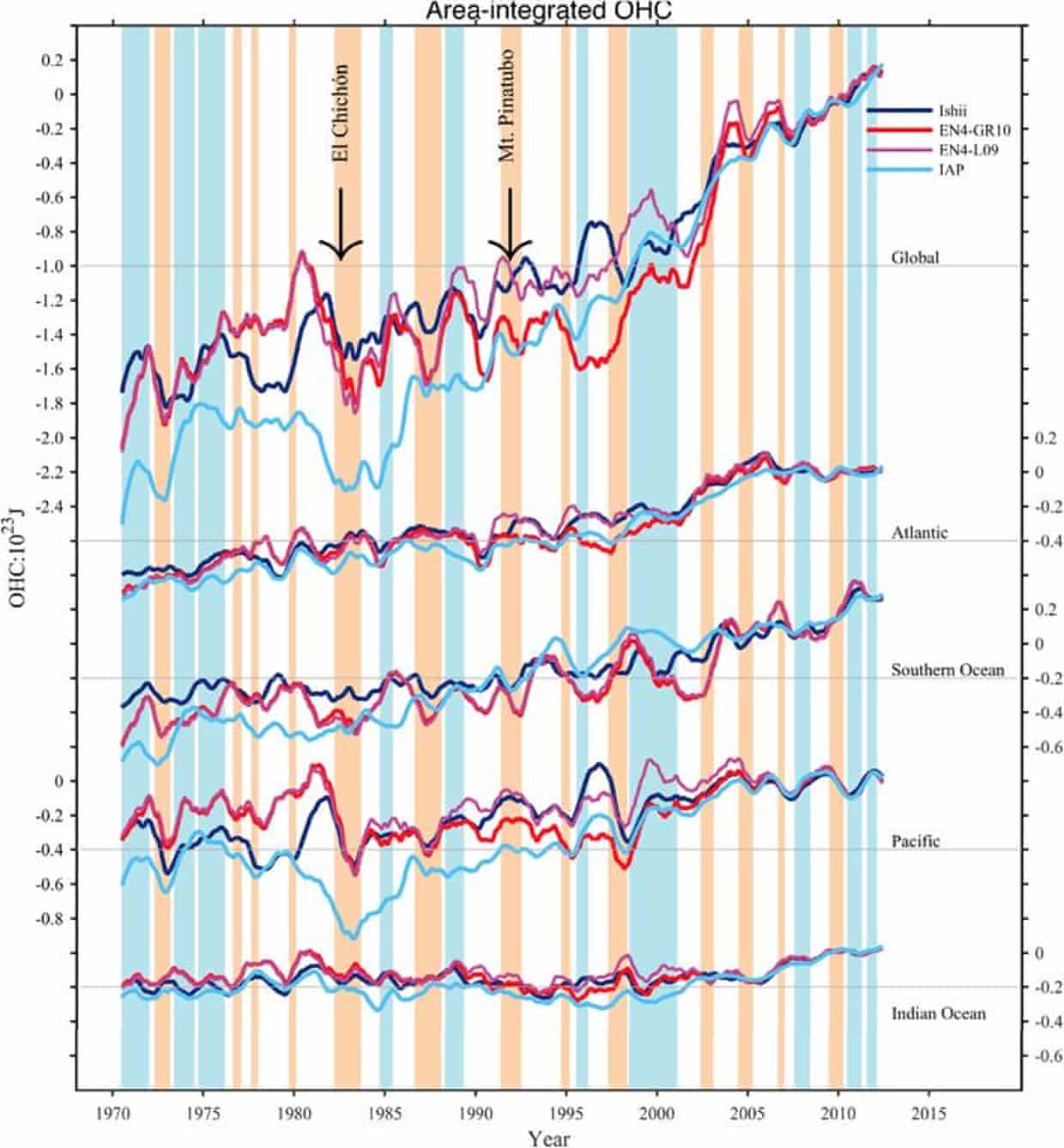 In the paper, we describe perhaps the three most important factors that affect ocean-temperature accuracy. First, sensors can have biases (they can be “hot” or “cold”), and these biases can change over time. An example of biases was identified in the 1940s. Then, many ocean temperature measurements were made using buckets that gathered water from ships. Sensors put into the buckets would give the water temperature. Then, a new temperature sensing approach started to come online where temperatures were measured using ship hull-based sensors at engine intake ports. It turns out that bucket measurements are slightly cooler than measurements made using hull sensors, which are closer to the engine of the ship.

During World War II, the British Navy cut back on its measurements (using buckets) and the US Navy expanded its measurements (using hull sensors); consequently, a sharp warming in oceans was seen in the data. But this warming was an artifact of the change from buckets to hull sensors. After the war, when the British fleet re-expanded its bucket measurements, the ocean temperatures seemed to fall a bit. Again, this was an artifact from the data collection. Other such biases and artifacts arose throughout the years as oceanographers have updated measurement equipment. If you want the true rate of ocean temperature change, you have to remove these biases.

Another source of uncertainty is related to the fact that we just don’t have sensors at all ocean locations and at all times. Some sensors, which are dropped from cargo ships, are densely located along major shipping routes. Other sensors, dropped from research vessels, are also confined to specific locations across the globe.

In the study, we looked at the different ways that three groups make decisions about mapping, bias, and climatology. We not only asked how much the oceans are warming, but how the warming differs for various areas (ocean basins) and various depths. We found that each ocean basin has warmed significantly. Despite this fact, there are some differences amongst the three groups. For instance, in the 300-700 meter oceans depths in the Pacific and Southern oceans, significant differences are exhibited amongst the tree groups. That said, the central fact is that regardless of how you measure, who does the measurements, when or where the measurements are taken, we are warming. 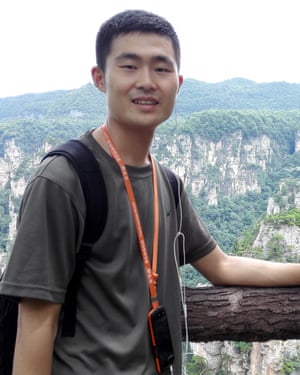 The lead author, Dr. Gonjgie Wang described the importance of the study this way:

Our study confirms again a robust global ocean warming since 1970. However, there is substantial uncertainty in decadal scale ocean heat redistribution, which explains the contradictory results related to the ocean heat changes during the “slowdown” of global warming in recent decade. Therefore, we recommend a comprehensive evaluation in the future for the existing ocean subsurface temperature datasets. Further, an improved ocean observation network is required to monitor the ocean change: extending the observations in the boundary currents systems and deep oceans (below 2000-m) besides maintaining the Argo network.

In plain English, it will be important that we keep high-quality temperature sensors positioned throughout the oceans so in the future we will be able to predict where our climate is headed. We say in science that a measurement not made is a measurement lost forever. And there are no more important measurements than of heating of the oceans.