NICHOLAS STERN: COST OF GLOBAL WARMING ‘IS WORSE THAN I FEARED’... 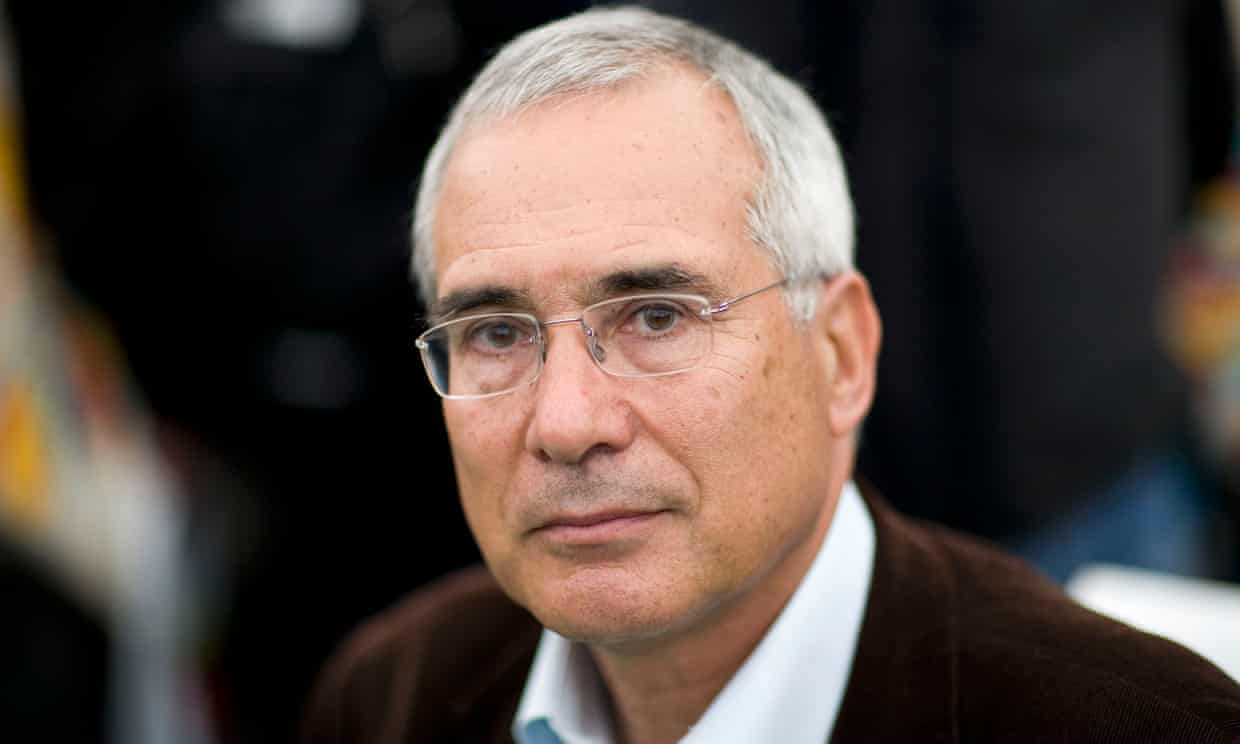 Nicholas Stern: ‘With hindsight, I now realize that I underestimated the risks. I should have been much stronger in what I said.’ Photograph: David Levenson/Getty Images

Ten years ago the leading economist warned about climate change in a landmark report – he says while there is cause for optimism, the picture is still grim...

lot has happened since Nicholas Stern, then a permanent secretary at the Treasury, produced his landmark review of the impact of climate change 10 years ago. His work was quickly recognised as the definitive account of the economic dangers posed to the planet by global warming.

Since then, global temperatures have risen to record levels. Arctic summer sea ice has continued to shrink, as have many major land-based ice sheets. Carbon dioxide is being pumped into the atmosphere in ever-increasing amounts. At the same time, low-lying coastal areas, such as south Florida and parts of Bangladesh, are experiencing more and more flooding as sea levels have risen. Scientists have begun to link extreme weather events to the planet’s changing climate, while animal and plant species are gradualling moving towards the poles. So, a decade on, is Stern plunged in despair over our prospects? Not quite. While the picture is certainly grim, the world’s top climate economist still believes there are grounds for modest optimism.

“We have been too slow in acting on climate change,” he told the Observer. “In particular, we have delayed the curbing of greenhouse gas emissions for far too long. When we published our review, emissions were equivalent to the pumping of 40-41bn tonnes of carbon dioxide into the atmosphere a year. Today there are around 50bn tonnes of carbon dioxide equivalent. At the same time, science is telling us that impacts of global warming – like ice sheet and glacier melting – are now happening much more quickly than we anticipated.”

In his report, published in October 2006, Stern warned that the cost of inaction would be far greater for future generations than the costs of actions taken today. “With hindsight, I now realise that I underestimated the risks. I should have been much stronger in what I said in the report about the costs of inaction. I underplayed the dangers.” 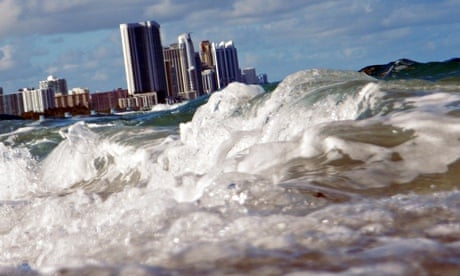 Miami, the great world city, is drowning while the powers that be look away...

These are stark remarks. Yet the dramatic success of the Paris climate talks last year, and their subsequent rapid ratification by more than 90 countries, has provided the 70-year-old economist with a sense of hope: “It has taken only 11 months to get the Paris agreement ratified. It took eight years to get its predecessor, the Kyoto protocol, into force. So in a sense, the last 12 months have been encouraging.”

In his review, Stern made a cogent case for the need to make drastic reductions in fossil fuel burning to curb emissions of carbon dioxide, which are heating our atmosphere dangerously. The costs involved – in investing in the development of alternative energy sources, for example – would be far outweighed by the costs of coping with an overheated world afflicted by flooding, soaring temperatures, ruined crops and farmland, lack of food and displaced people, he argued. Most experts responded positively to the review.

Yet the world is still burning more and more fossil fuel and pumping more and more carbon dioxide into the atmosphere. This has both long- and short-term consequences. “Apart from raising carbon levels and temperatures, burning fossil fuels causes air pollution, as we have learned over the past five years,” says Stern. “The consequences are terrible. Air pollution kills more than 30,000 people a year in Britain. That is about one in 2,000 of the population. It has become one of the very big killers around the world. In China, it causes about 4,000 deaths a day.

As a counterbalance, Stern points to the fact that in recent years there has been an encouraging increase in the use of sustainable technologies that should help us to wean us of our fossil fuel dependency. Cities like Barcelona and Bogotá have made themselves cleaner and healthier. Coal burning has peaked in China. Hybrid cars and electric vehicles are being sold in increasing numbers and the cost of making solar panels has been reduced by a factor of 20. “We have reached the point where we can now see that the alternative route is not really something that should be regarded as a cost. It is actually a much better way of doing things, even if you had never heard of climate change,” says Stern. 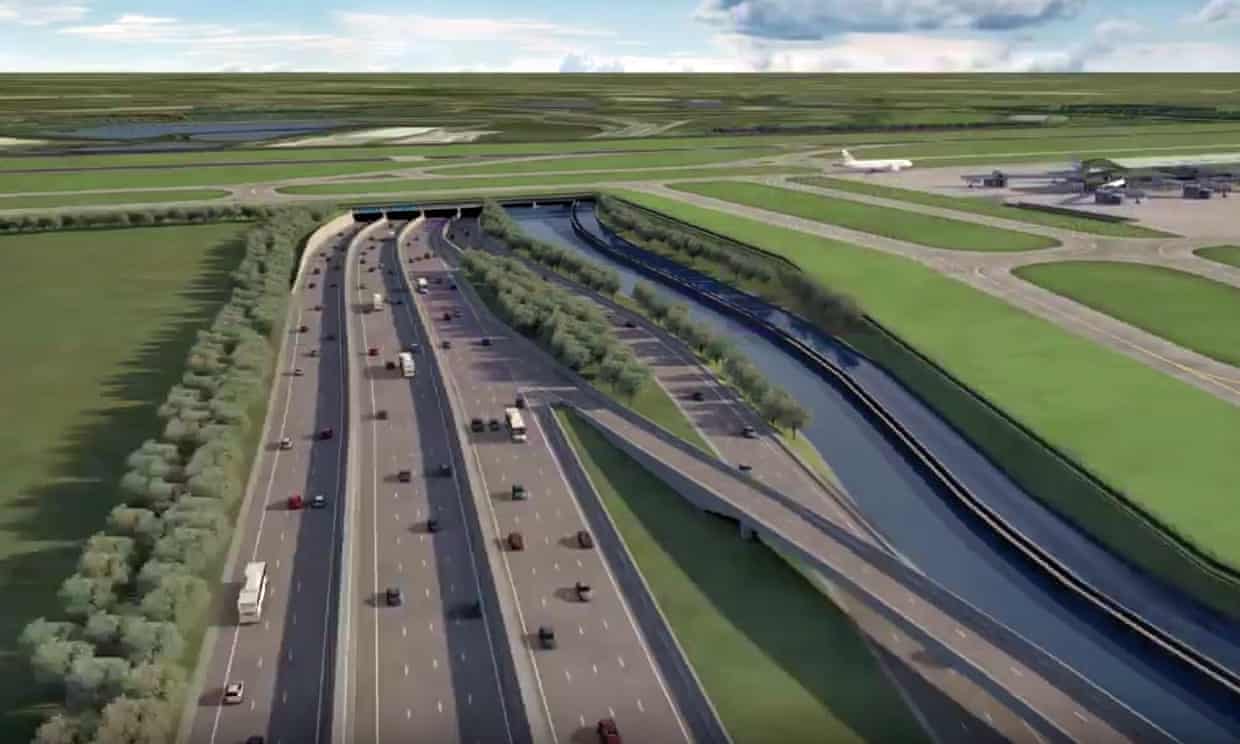 But the message has taken too long to sink in, and as result we are approaching a crunch point, he argues. In the next 20 years, as economies across the globe expand, the planet is likely to build infrastructure – roads, buildings, ports and airports – that will more than double what already exists.

The crucial issue is the nature of that infrastructure. “If it is dirty and high carbon, it will lock us into that technology for a long time. We will be sentenced to live in cities where we cannot breath or move or be productive. If we do it using sustainable technology, however, we could have an extremely attractive future where you have strong growth, poverty is reduced, cities are cleaner and forests are saved. People have not sufficiently understood the importance of the next 20 years. They are going to be the most decisive two decades in human history.”

Last year’s Paris climate deal suggests there is a will to avoid the worst and there is a prospect of further strong agreements being reached at this month’s talks in Marrakech. India, China and the US have all made positive noises. Hillary Clinton is a firm supporter of climate change initiatives – but what if Donald Trump is elected president? This is a man who has claimed the concept of global warming was created “by and for the Chinese in order to make US manufacturing noncompetitive” and who has pledged to tear up the Paris agreement. Stern’s response is diplomatic: “It would make things very much more difficult,” he says.

The UK could still cut its carbon emissions from aircraft by 80% by 2050 – if there is a major improvement in aviation technology. Photograph: Steve Parsons/PA

Closer to home, Stern says he is confident the government understands the importance of adhering to its commitments to reduce UK carbon emissions by at least 80% by 2050 – despite the “policy wobbles” of the previous administration. David Cameron pledged his would be the greenest government ever but ended up cutting support for solar panels on homes, killing the Green Deal to help people insulate old homes, scrapping green building standards for new homes and cutting support for industrial solar projects. “To behave in an unpredictable way, as the government did last year, is to be really damaging to investment,” says Stern. “That is why it was worrying. But I am hopeful, though I cannot be sure, that the new administration will take a more balanced and predictable approach. It should certainly be at the core of the new government’s industrial strategy and I will be looking for hints of that in the chancellor’s autumn statement.”

The proposed new runway for Heathrow is a more complex issue, however. Analysis suggests the country could just about deal with the extra emissions produced by the additional planes, and still cut its carbon emissions by 80% by 2050 – if there is a major improvement in aviation technology. This would involve developing more efficient engines, better biofuels and lighter planes. “However, that commitment to reduce emissions by 80% was made in order to hold global temperature rises to 2C. The Paris climate deal suggested we should be more ambitious and go for a 1.5C limit. That means that if the UK’s targets are altered – as I believe they should be – to reflect the Paris agreement, there is now a question about whether we can have that extra runway and the extra carbon emissions it will generate. We need to check again if it is manageable,” adds Stern.

The Paris agreement remains central to Stern’s sense of cautious optimism. “It was the honesty of the delegates’ awareness of the nature of the problem and the speed of the agreement’s ratification that has given me most hope. We have a lot to do to limit carbon emissions to an effective level. I am confident that it is possible to achieve that, though I cannot say that I am confident it will happen.” 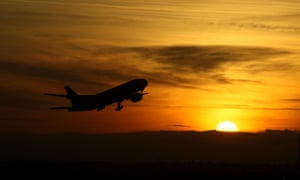