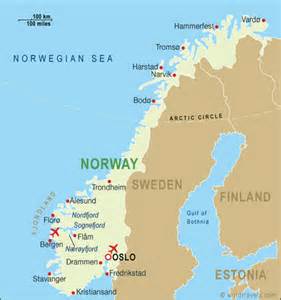 Norway's parliament has agreed on a goal to cut the country's net greenhouse gas emissions to zero by 2030, moving the target forward by 20 years, an official at the national assembly said on Tuesday...

To achieve this goal, oil and gas producing Norway will have to lower its carbon output or purchase carbon credits to offset its emissions.

In 2008, Norway set a similar target of reaching so-called carbon neutrality by 2030, but later pushed the goal back to 2050 when international negotiations failed to reach a global deal to fight climate change.

Members of parliament's energy and environment committee unanimously agreed on Tuesday to move the target to 2030 in response to the Paris climate accord forged late last year, the committee advisor said.

"It's obviously a very ambitious goal, but all political parties represented on the committee agree on that," he added.

Preliminary data in May showed that Norway's greenhouse gas emissions rose by 1.5 percent to the equivalent of 53.9 million tonnes of carbon dioxide in 2015, topping the 51.9 million in the benchmark year of 1990.

The 2030 goal "means that Norway will have to purchase carbon credits abroad, however it's not clear what kind of credits will be available after 2020," said Stig Schjoelset, head of carbon analysis team at Thomson Reuters.

Norway could reduce its emissions by introducing more electric vehicles or supplying electricity from the national grid to offshore oil and gas platforms to reduce their use of gas turbines, officials said.

The country already generates more than 95 percent of electricity from hydropower plants, meaning there is limited scope for further emission cuts in the power sector.