NY TIMES’ STEPHENS CAN’T SEE THE ELEPHANT IN THE ROOM ON CLIMATE CHANGE... 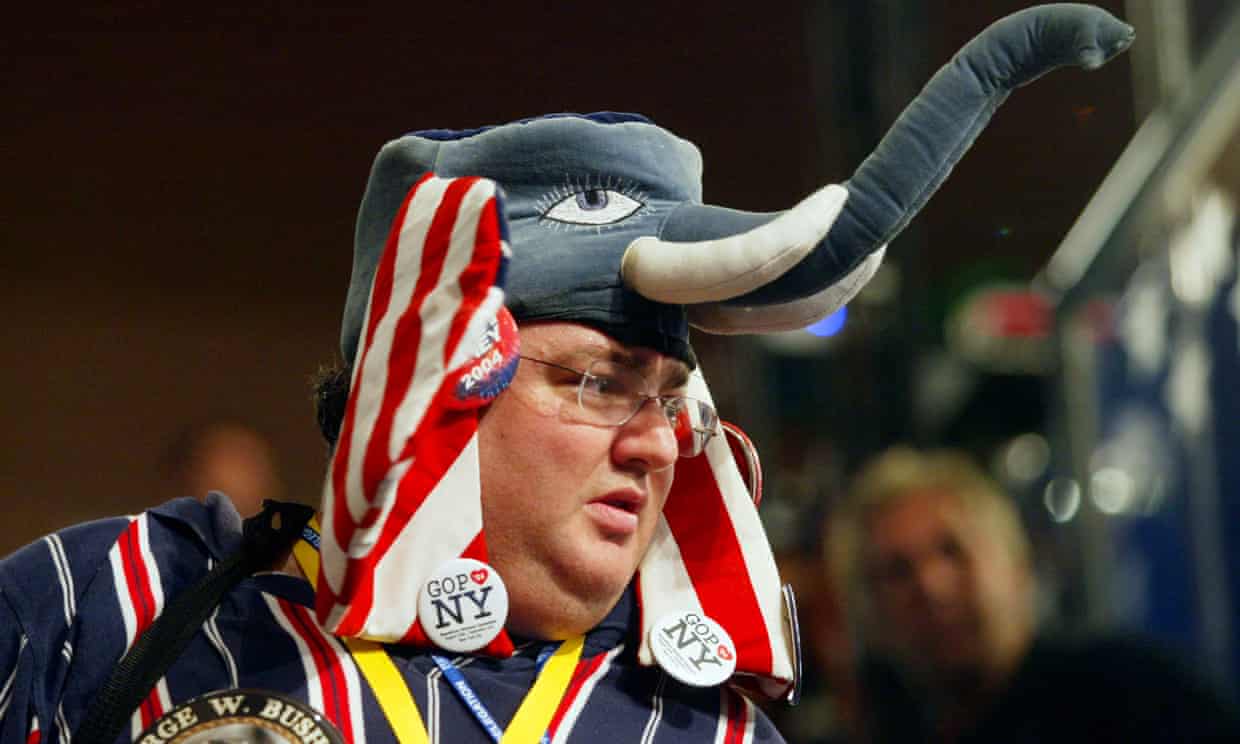 Delegate Mike Lachs wears a GOP elephant hat on the floor during the evening session of day one at the 2004 Republican National Convention at Madison Square Garden in New York City, August 30, 2004. Photograph: Shannon Stapleton/REUTERS

Hint: the elephant is the obstructionist political party’s symbol...

There was tremendous outcry when the New York Times hired opinion columnist Bret Stephens, who has a long history of making misinformed comments about climate change. Stephens didn’t assuage those fears when he devoted his first column to punching hippies, absurdly suggesting that our lack of progress on climate policy is a result of greens being too mean to climate deniers.

Stephens lamentably stayed on the subject of climate change in his second and third Times columns as well. In those pieces, he used corn-based ethanol subsidies as an example of where climate policy has gone wrong:

So let’s talk about ethanol and other biofuels, a subject some climate-change activists might prefer to forget. In 2007, George W. Bush used his State of the Union speech to call for huge increases in the production of renewable and alternative fuels such as ethanol. Democrats were firmly on board, and President Barack Obama pursued a largely similar course in his first years in office.

This is a clear case of cherry picking. There are hundreds of examples of climate policies with varying degrees of effectiveness; why focus on just one? Many environmental groups and “climate-change activists” have long opposed corn-based ethanol subsidies, as Stephens himself noted. Politicians of both political parties supported those subsidies because they were popular in corn-growing Midwestern states. It had little if anything to do with climate efficacy. So why blame “climate-change activists” for these politically-motivated subsidies?

For his next misleading argument, Stephens shifted to German electricity costs:

The country is producing record levels of energy from wind and solar power, but emissions are almost exactly what they were in 2009. Meanwhile, German households pay nearly the highest electricity bills in Europe, all for what amounts to an illusion of ecological virtue.

Stephens’ comparison to 2009 is another example of blatant cherry picking. German carbon emissions that year were particularly low, due in part to the global recession. The long-term trend is unmistakable: 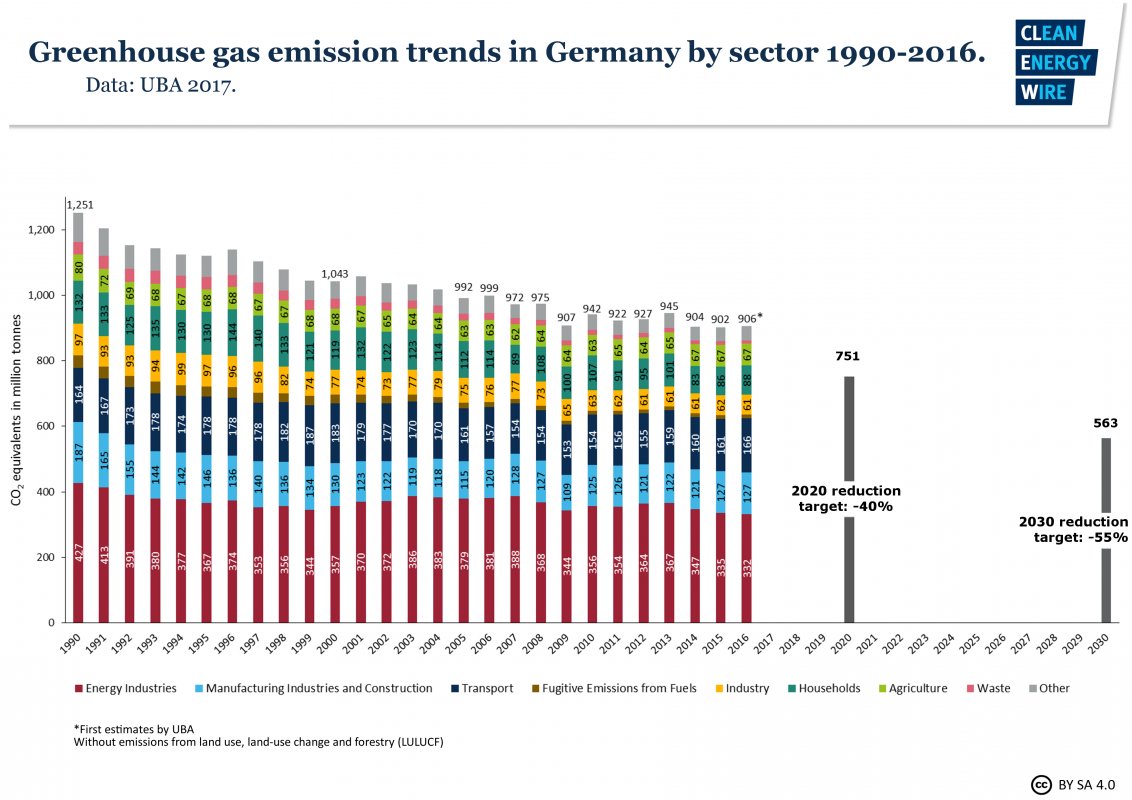 The country is far from perfect – they still rely on coal for a significant amount of that electricity generation – but from a climate policy perspective, Germany is mostly a success story. America’s per-person carbon pollution is nearly twice as high as Germany’s.

Although his columns are riddled with these sorts of misleading cherry picks, worse yet is that Stephens’ arguments are red herrings, distracting from the elephant in the room.

On American climate policy, the GOP is the problem

Stephens’ columns worry that America will jump on the bandwagon of any feel-good climate policy. If only we lived in a world where that were a legitimate concern. In reality, the Trump administration is taking every possible step to undo all American climate policies. They’re considering withdrawing from the Paris climate agreement because they believe it won’t allow America to increase its carbon pollution.

The administration has effectively declared war on the Earth’s climate and our future well-being. Noam Chomsky has called the Republican Party the most dangerous organization in human history because of its climate denial and policy obstruction. 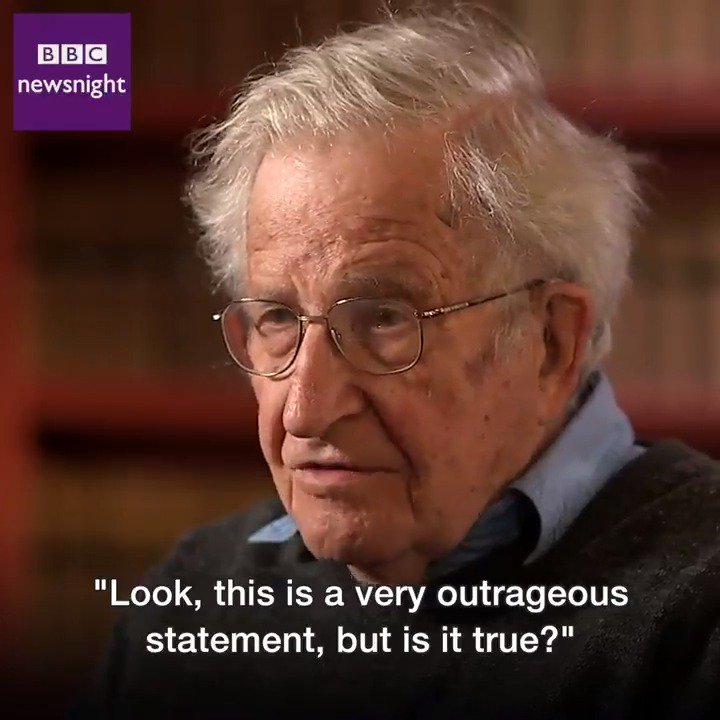 The Republican Party is the most dangerous organisation in human history due to its lack of action on climate change, Noam Chomsky tells us

The Republican Party is the most dangerous organisation in human history due to its lack of action on climate change, Noam Chomsky tells us pic.twitter.com/zkFppzso3C

Stephens’ focus on corn-based ethanol is like a cancer patient worrying about a hangnail. Certainly, all parties should debate the best and most effective policies to address climate change. We’ve been pleading with Republicans for years to engage in that debate. Democrats have proposed all sorts of different policy solutions - government regulations, free market cap and trade systems (a Republican invention), small government revenue-neutral carbon taxes - you name it. They’re not the problem.

There are a few GOP climate leaders

Fortunately, some prominent Republicans have stepped up to engage in the climate policy debate. Senators John McCain and Lindsey Graham authored past climate legislation. 19 House Republicans have joined the Climate Solutions Caucus, 12 of whom just introduced The Climate Solutions Commission Act that would establish a commission to recommend economically viable climate policies. And a group of Republican elder statesmen on the Climate Leadership Council met with the White House to recommend support for a revenue-neutral carbon tax.

However, while deserving of great praise and encouragement for their efforts, these climate realist Republican Party leaders are in the minority. The question is whether they can wrest control of the party away from the climate deniers and policy obstructionists before too much damage is done to the Earth’s climate and the future prospects of the GOP.

Republicans are no longer conservative on the environment

The Republican Party used to be conservative on environmental issues, as Tea Party co-founder Debbie Dooley has noted:

Debbie Dooley explaining for Vox how to win over Republicans on renewable energy.

On this issue, the conservative approach requires major efforts to cut carbon pollution. Merely investing in research and clean technologies, as Stephens supports, is grossly insufficient.

It’s worthwhile to challenge New York Times readers’ notions and worldviews, but not if it’s done in an intellectually dishonest way on the greatest existential problem we face today. Stephens could use his platform and influence to try and reverse his party’s policy obstruction; instead he’s chosen to concern troll Times readers. They expect and deserve much better.