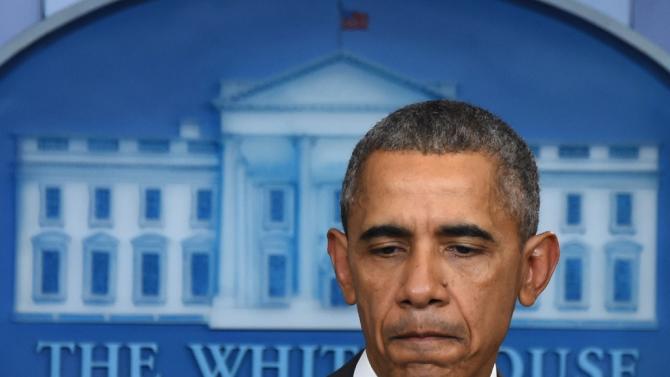 Washington (AFP) - US President Barack Obama still plans to participate in a UN climate conference near Paris in two weeks, despite attacks that killed 128 people in the French capital, a US official told AFP Saturday.

Obama is scheduled to attend the talks which begin on November 30 at Le Bourget, on the northern rim of Paris, and aim to secure a deal staving off catastrophic levels of global warming caused by greenhouse gas emissions.

At this point, no change is planned in Obama's attendance, the official said.

Islamic State jihadists have claimed the series of coordinated attacks Friday by gunmen and suicide bombers who killed at least 128 people in scenes of carnage at a concert hall, restaurants and the national stadium.

"COP21 must be held," he said, using the conference's technical name, but he added that security would be increased.

Obama has championed reducing climate change, saying he hopes an ambitious and sustainable deal will come out of COP21.

Earlier this month Obama blocked the Keystone XL oil pipeline that Canada sought to build into the United States, ruling it would hinder the fight against climate change.