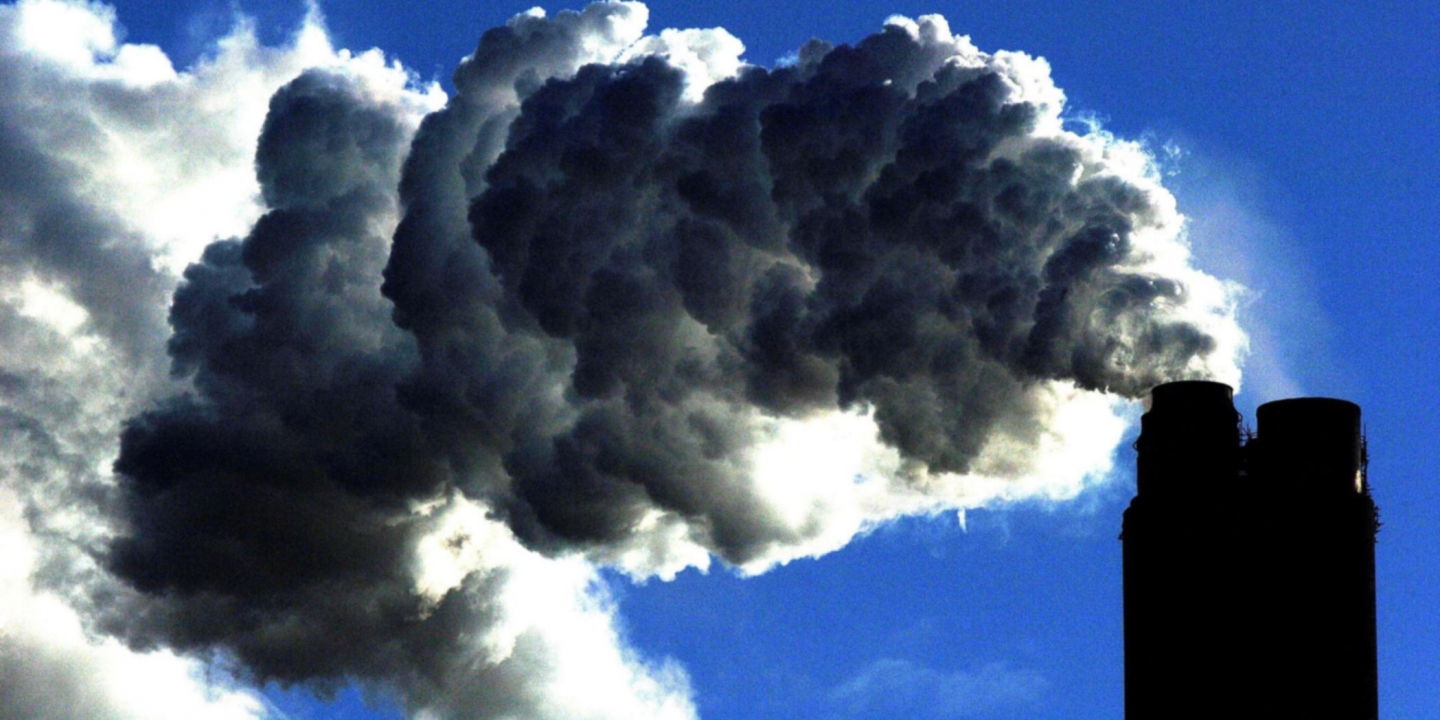 "Evidence of human-made climate change is so conclusive that it’s wrong for journalists to treat its denial like a reasonable point of view..."

At the award-winning seafood restaurant in downtown Cleveland that The Atlantic rented out for the entire four-day Republican National Convention, GOP Rep. Bill Johnson turned to me and explained that solar panels are not a viable energy source because “the sun goes down.”

Johnson had just stepped off the stage where he was one the two featured guests speaking at The Atlantic’s “cocktail caucus,” where restaurant staff served complimentary wine, cocktails, and “seafood towers” of shrimp, crab cakes, oysters, and mussels to delegates, guests, reporters and, of course, the people paying the bills.

The event was sponsored by the American Petroleum Institute, the lobbying arm of fossil fuel giants like ExxonMobil, Chevron, and ConocoPhilips.

Johnson, a climate denier and influential member of the House Committee on Energy and Commerce, spoke of a future when American scientists “solve these big problems” and “figure out how to harness the sun’s energy, and store it up, so that we can put it out over time.” His hypothetical invention, of course, is called a battery, and was invented over 200 years ago.

Instead of balancing Johnson with an environmentalist or a climate scientist, The Atlantic paired Johnson with another notorious climate denier: Rep. Kevin Cramer, R-N.D., who is an energy adviser to Donald Trump. Cramer has called global warming “fraudulent science by the EPA,” and once told a radio audience in 2012 that “we know the globe is cooling.”

Both congressmen went nearly unchallenged by the moderator, The Atlantic’s Washington Editor Steve Clemons, who said he wasn’t able to find an opposing speaker, but went ahead with the event anyway.

Lewis Finkel, a top lobbyist for the American Petroleum Institute gave the opening remarks. “We are pushing forward for a robust energy discussion during this election cycle,” he said. 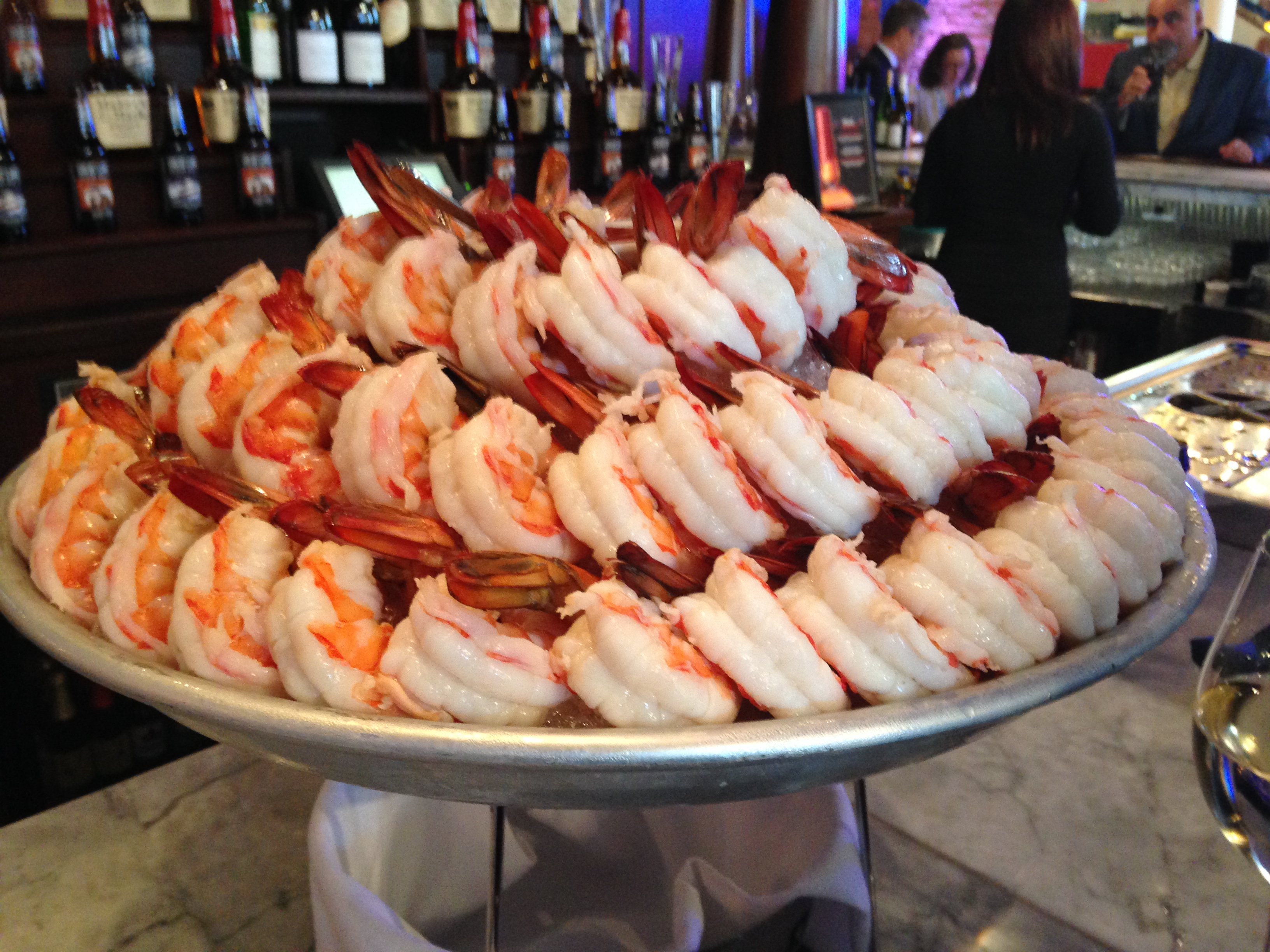 Evidence of human-made climate change is so conclusive that it’s wrong for journalists to treat its denial like a reasonable point of view. But it is a new low for major media groups to sell their brand to lobbyists and let climate truthers go unchallenged.

And The Atlantic was hardly alone. At the Republican National Convention, the American Petroleum Institute also paid the Washington Post and Politico to host panel conversations where API literature was distributed, API representatives gave opening remarks, and not one speaker was an environmentalist, climate expert, scientists, or Democrat.

At The Atlantic‘s event, Cramer and Johnson both downplayed concerns about climate science. “The 97 percent of the scientists who believe its real, don’t all believe the exact same level,” said Cramer. “Whose fault it is, what’s going to stop it, … there’s a wide range in that spectrum.”

Johnson told the audience “climate change is probably not in most American’s top 10, top 20 issues.”

Clemons offered only limited pushback. When Johnson argued that alternative energy should not receive federal subsidies, Clemons pointed out that “the natural gas and the oil industry and the fossil fuel sector also have massive subsidies built into them,” and asked Johnson, “Would you remove all of those? How do you have that discussion?”

Johnson replied with a non-answer: “You let the energy market drive the innovation. I am not against incentives … for companies trying to pursue energy-efficient projects.” Clemons did not press him on the point.

After the event, I followed up, asking Johnson why fossil fuel companies get tens of billions of dollars a year in federal government subsidies but alternative energy must be “market-driven.” Johnson denied any knowledge of the highly controversial subsidies, the protection of which is a top priority for the oil lobby. “The American government subsidizes fossil fuels … I don’t know what you’re talking about. I haven’t voted for that,” he said.

At the Washington Post’s discussion, Rep. Marsha Blackburn, R-Tenn., said that in the past 15 years the earth was, on average, “cooling down,” but stressed “the point is that it’s not a settled science.”

Stephen Stromberg, an opinion writer moderating the panel for the Washington Post, registered his protest but quickly moved on. “I think there would be a vast bulk of climate scientists who would disagree,” he said, “but we don’t have to litigate the science of it this morning.”

The Washington Post’s discussion was hosted at a swanky brewpub the newspaper rented out for the week, a stone’s throw from the main entrance to the Quicken Loans Arena where the convention was held. The American Petroleum Institute was also an underwriter for the rental, and the brewpub offered guests free hors d’oeuvres, an open bar, and complimentary massages in a side room. API literature was stacked on tables, including the check-in desk.

Not to be outdone, Politico rented out the entire 21st floor of a high-rise hotel and offered guests hits from a prominently featured “flavored oxygen bar.” At Politico‘s API-sponsored event, the oil lobbying group’s CEO, Jack Gerard, opened the event by telling the audience that “the United States has become the superpower of energy in the world.” 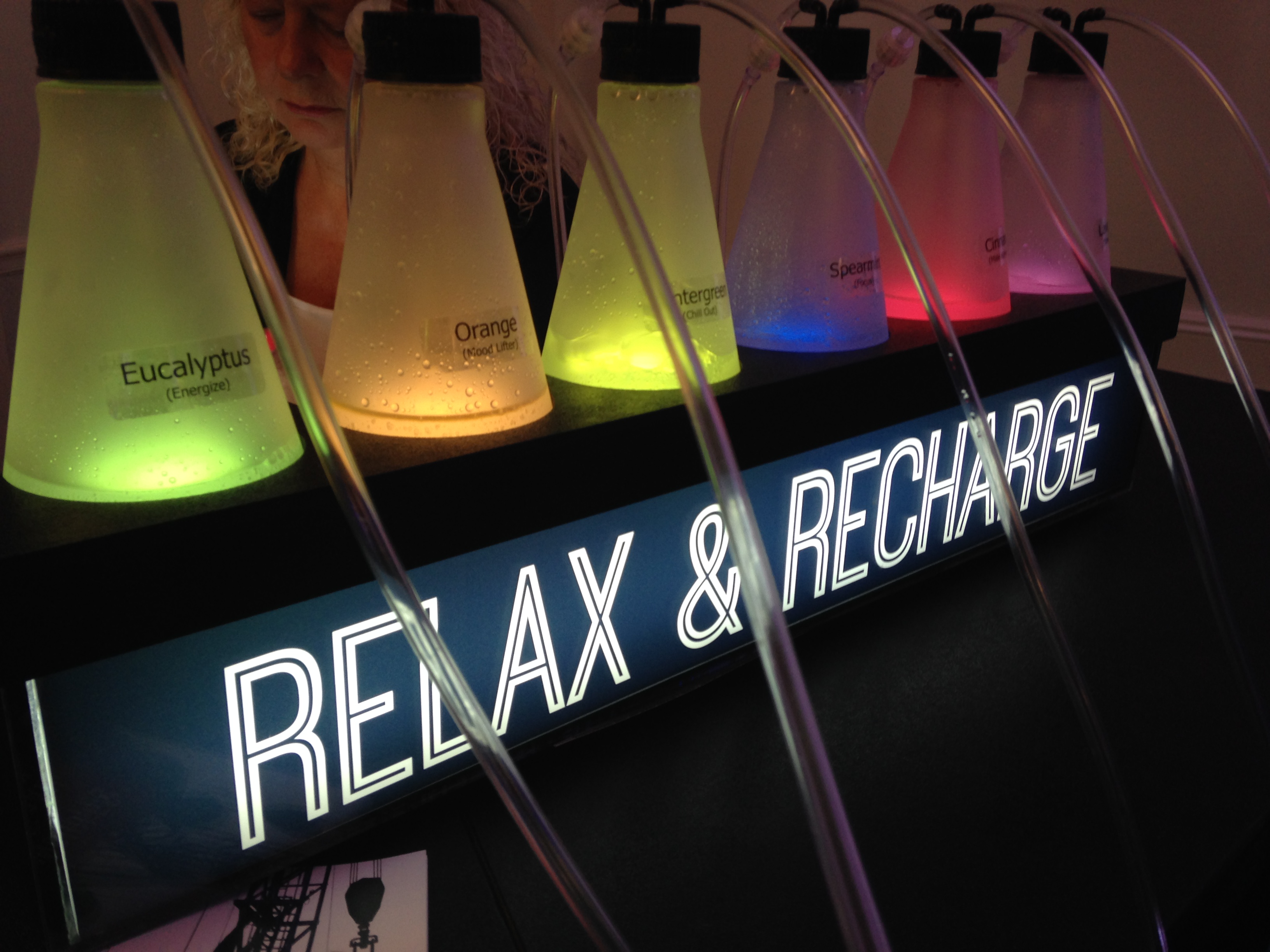 Rep. Cramer, who was also a guest at the Politico event, joked with the audience that in his home state of North Dakota, “we’re for a warmer climate.” When discussing the EPA’s new standards to reduce methane emissions, a greenhouse gas far worse than carbon dioxide, he remarked “we’re not going to put diaper on cattle, let’s get real.” Both lines were met by roaring laughter.

Steven Shepard, a campaign editor at Politico, barely pushed back in his role as moderator. Instead of asking about the legitimacy of climate science, he asked the panel whether Donald Trump’s position on climate change – that it does not exist and is simply a Chinese conspiracy – would hurt the party in regional elections. None of the panelists said it would.

American journalists have long held that editorial independence is essential to hard-hitting, trusted reporting. News organizations build strong institutional barriers to prevent advertisers from influencing their journalism. But as revenue from traditional advertising has declined, newsrooms have been finding new ways to drive revenue from sponsors.

The Atlantic was a pioneer when it came to holding sponsored events. It’s always been controversial – but there have been some spectacular embarrassments as others tried new variations on the theme.

Washington Post, for instance, announced in 2009 that it would sell sponsorships for “off-the-record salons” – gatherings of D.C. elite that cost as much as $25,000 a seat. The plan violated many newsroom rules — it was aimed at single sponsors with vested interests, it involved selling access to editorial personnel, it was off the record and “confrontation” was banned. The Post eventually dropped the plan, and its ombudsman at the time, Andrew Alexander, described it as “an ethical lapse of monumental proportions.”

So how could this week’s single-sponsored events featuring editorial talent without dissenting speakers not have violated the editorial standards of The Atlantic, the Washington Post, and Politico?

Anna Bross, the senior director of communications for The Atlantic wrote in an email “The Atlantic has full control over speakers and panels produced. We do not defer any of that control to event underwriters.”

Steve Clemons, who moderated The Atlantic event, said there was no environmentalist on his panel because he couldn’t find one within the time deadline.

“I find it very important, no matter what the event is, to build in a diversity of perspective,” Clemons said. “So why didn’t we have that here? Because nobody would accept. I asked so many players, both different parties, different perspectives, private sectors players, to balance it out, and within the time we have, it didn’t happen.”

Then why not just cancel the panel? “Because I had trust in my own ability to be the alternative, and I had trust that the audience would ask questions to provide balance,” Clemons said.

“It is incumbent on us [journalists], to do what we can, to either create the debate or create the balance of views,” Clemons said. “You could argue we should have done more, and I, actually, would agree with that. I could have been more robust, and said ‘are you an idiot, do you not understand science?’ I did that in my own way, without being completely offensive.”

Washington Post Vice President for Communications Kris Corrati insisted that the sponsors had no influence on the makeup of the panel – and said the Post, too, had tried and fail to find speakers with different views.

Representatives from all three news organizations told The Intercept that the presence of journalists provided an adequate check on the views of climate-denying congressmen.

They also all noted that the American Petroleum Institute is paying for three more events – at the Democratic National Convention in Philadelphia. Politico‘s Shepard said his company’s event will have “the same exact sponsor, with a number of lawmakers that probably don’t line up with the sponsor on the issues.”

But consider the makeup of those panels. The Atlantic‘s DNC event will feature Rep. Jerry McNerney, D-Calif., a strong advocate of renewable energy. But it will also include Rep. Gene Green, D-Texas, a vehement defender of fracking.

Politico‘s DNC event will feature Colorado Gov. John Hickenlooper, a defender of fracking, and Rep. Dave Loebsack, D-Iowa, who crossed party lines to vote in favor of the Keystone XL Pipeline, as well as energy advisers from the White House and Clinton campaign.

What were once blurred lines in the journalism business are becoming increasingly clear – because they have been crossed.

Earlier this month, for instance, The Intercept obtained a brochure from the Beltway newspaper The Hill in which it offered to sell interviews. For $200,000 sponsors would be granted an interview for “up to three named executives or organization representatives of your choice.”

To see our most current positions, opinions, comments, agreement or disagreement with this article, and/or possible criticisms related to the subjects or facts raised in the above article, click here.  Then look for those subjects in the navigation links at the top the page.To learn about more about global warming, climate change or greenhouse gases as well as the causes, consequences, solutions, definitions, facts and tipping points related to these subjects, click here.