ONE NATION, TWO TRIBES: OPPOSING VISIONS OF US CLIMATE ROLE ON SHOW IN BONN... 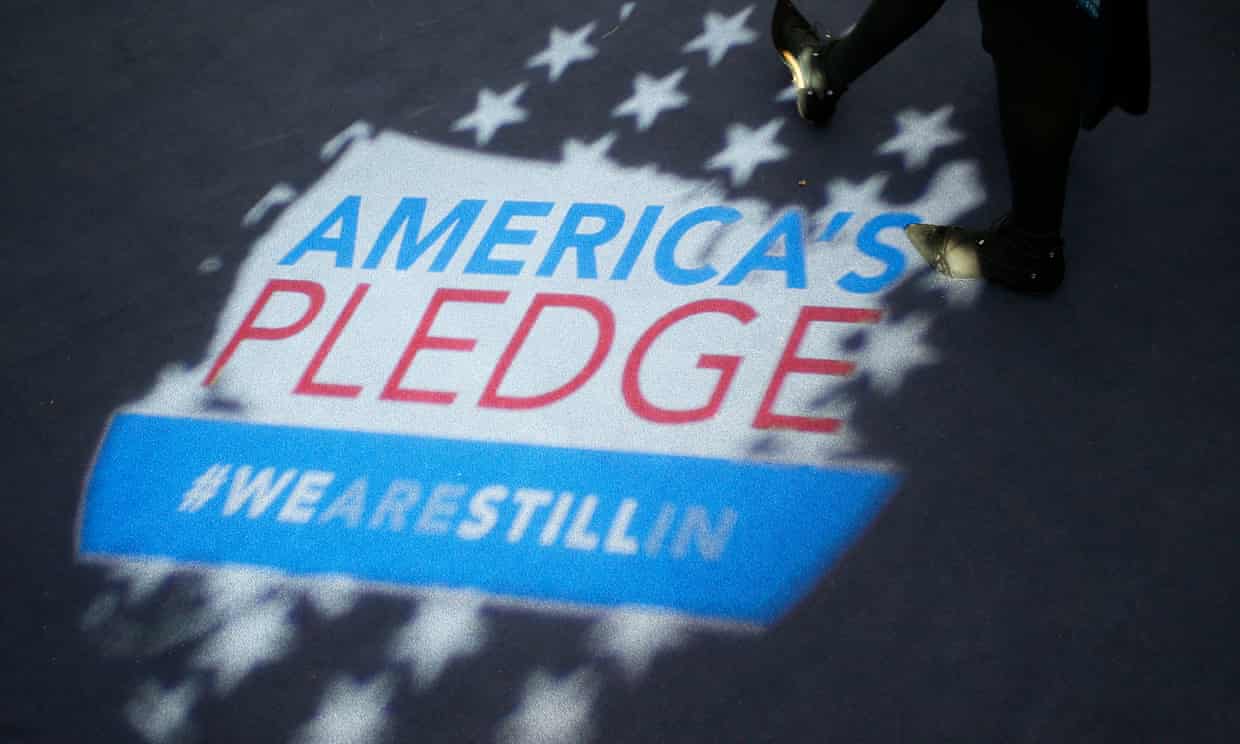 The alternative US dome – which is marked with the hashtag #wearestillin – is the biggest pavilion at the climate talks. Photograph: Ronald Wittek/EPA

Donald Trump has pulled the US out of the Paris accord – but other Americans are standing with the world to help fight the ‘existential crisis’ of global warming...

Deep schisms in the US over climate change are on show at the UN climate talks in Bonn – where two sharply different visions of America’s role in addressing dangerous global warming have been put forward to the world.

Donald Trump’s decision to pull the US out of the Paris climate agreement has created a vacuum into which dozens of state, city and business leaders have leapt, with the aim of convincing other countries at the international summit that the administration is out of kilter with the American people. 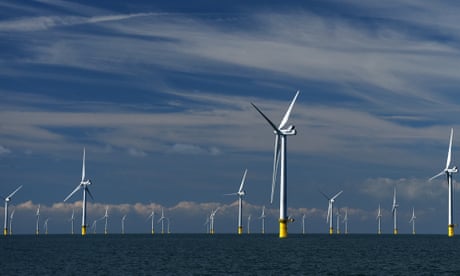 The seven megatrends that could beat global warming: 'There is reason for hope'. Read more...

The counter-Trump movement in Bonn is being spearheaded by Jerry Brown, the governor of California, and Michael Bloomberg, the billionaire former mayor of New York. Brown, in particular, has assumed the role of a de facto US leader, scheduling more than two dozen events to agitate for renewable energy and emissions cuts to combat what he has called an “existential crisis”.

A US Climate Action Center has been set up for delegates in Bonn, representing the climate change priorities of several thousand US cities, states, tribes and businesses. Corporate giants Mars, Walmart and Citi are expected to push for action on climate change. The center is in lieu of an official US presence – for the first time, the US government won’t have a pavilion at the annual UN climate summit.

At the razzamatazz opening of the alternative US centre on Thursday, California state senator Ricardo Lara told the audience: “Greetings from the official resistance to the Trump administration.” Pausing for cheers and applause, he said: “Let’s relish being rebels. Despite what happens in DC, we’re still here.”

Guests were served free jelly donuts and coffee. “It’s the least we can do after Trump’s announcement that we are leaving,” said one US activist.

At 2,500 sq metres, the alternative US dome – which is marked with the hashtag #wearestillin – is the biggest pavilion at the climate talks. Organisers say it is probably the biggest for any US group in the history of climate conference.

“It’s nice that it’s hard to miss. This is big because our movement is big,” said one of the organisers, Lou Leonard of WWF. “Here we show energy, momentum and confidence. It would slow negotiations down if people in the halls were thinking the US is not with them.” 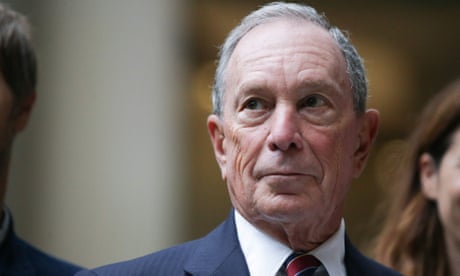 Following recent decisions by Nicaragua and Syria to join the Paris pact, the US stands alone as the only country in the world to oppose the deal.

“The US is now split and world opinion is going with the state and local players, rather than the federal player,” said Jonathan Pershing, who was the US government’s special envoy on climate change until last year.

“The US is at odds with every other country in the world and yet we see it represented by a federal government as well as competing governors, mayors and members of Congress. It reflects an enormous tension in the US political system over climate change.”

The Trump administration has sent a delegation to Bonn, with the US still officially engaged in implementing the Paris deal until it is able to exit in 2020. Thomas Shannon, an experienced state department diplomat who has previously voiced concern about climate change, is leading the US delegation, assisted by Trigg Talley, who was Pershing’s deputy.

The White House has confirmed that the US will promote the “efficient” use of coal, nuclear energy and natural gas as an answer to climate change in a presentation to delegates in Bonn. Trump has vowed to revive America’s ailing coal sector but this message is likely to to provoke outrage on the global stage. 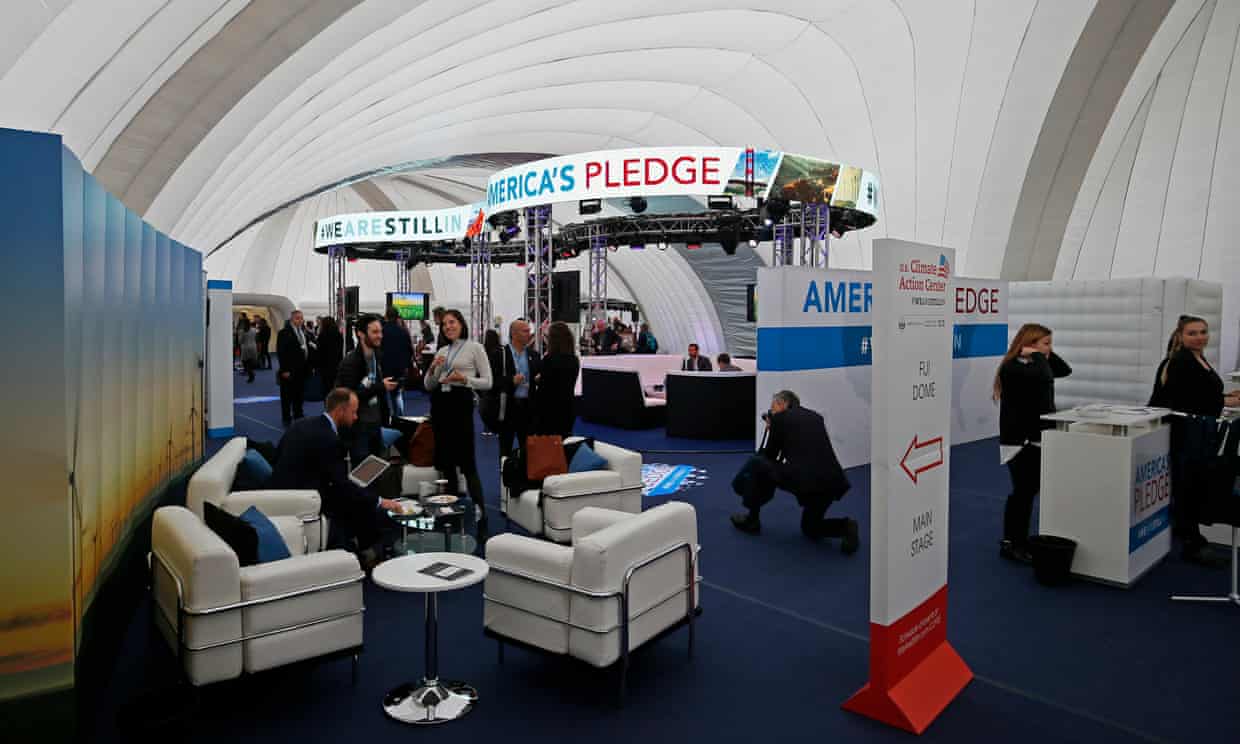 The alternative US climate pavilion in Bonn. Dozens of state, city and business leaders are aiming to show the world that Trump is out of kilter with the American people. Photograph: Ronald Wittek/EPA

“It will raise hackles,” said Pershing. “It’s not an argument that people will accept internationally.”

Differences may sharpen next week when countries start to discuss financing plans, but so far observers say it has mostly been business as usual.

“We are seeing 196 parties trying to move forward and put the Paris accord into effect. They don’t want to let the US impede that progress,” said David Waskow of the World Resources Institute.

But participants from other nations said the change is already apparent.

“It’s as though the US negotiators have been dipped in aspic,” said one delegate. “They are scared stiff of upsetting the White House. They try to be constructive, but they don’t want that known.”

Another delegate said: “We have lost the leadership the US used to provide. They have the best negotiating team and they are usually put forward strong arguments, but in talks this year, they have been quiet. You can feel they are a little lost. It must be so hard for them now. I sympathise.”

“I think it’s all going to be a little awkward,” said Sue Biniaz, a former state department official who was the lead US lawyer at climate negotiations for two decades.
“In the past the US was the leader and brought a lot of ideas to the table. That will be a loss. But other countries, rightly or wrongly, think the US may stay in under some circumstances so I wouldn’t expect too much hostility.”

A coalition of 14 US states, including California and New York, have said they are on track to meet the US target of a 26-28% reduction in greenhouse gas emissions by 2025, compared to 2005 levels. The goal was set by Barack Obama’s administration as part of the Paris agreement between 195 nations to avoid dangerous global warming of more than 2C.

Brown has raised his profile in recent months by meeting China’s leadership to discuss clean energy technology and becoming a special adviser for states and regions during the Bonn talks.

On Tuesday, he met EU leaders in Brussels as a prelude to talks on how to link California’s cap and trade emissions system with the similar emissions mechanism used by the 28-state bloc. California has a legislated goal to cut its emissions to 1990 levels by 2020. 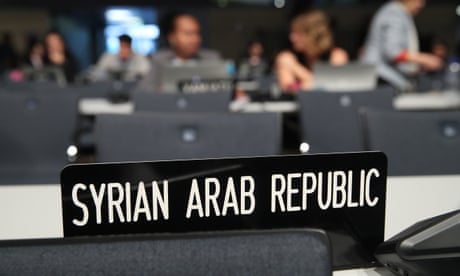 “We are truly facing a challenge unprecedented in human history,” Brown said in a speech to the European parliament. “We have to completely transform to a zero-carbon world. We have to do it faster than most people are probably thinking about. 2050 is too late.”

In a nod to the clout of large US states, Brown later included two of them when naming countries that could do more on climate change – “the United States, Texas, California, Russia, India.”

“The approach of Mr Trump is not necessarily as helpful as it might be. But we are delighted to have Governor Brown here because it shows there is a strong commitment from the US,” said Antonio Tajani, the president of the European parliament.

However, governors such as Brown or Andrew Cuomo, his New York counterpart, cannot officially take the place of the US president in UN climate talks. Their emissions pledges do not supersede the official US position and, in any case, the 14 committed states only have influence over around half of total US emissions.

Analysts have warned that without national leadership, the US is in danger of missing its emissions reduction goals and will jeopardize international efforts to stave off 2C of warming, which would lead to elevated sea level rise, intensified droughts, heatwaves and wildfires.

Brian Schatz, a Democratic senator from Hawaii who is attending the Bonn talks, said members of Congress, including Republicans, were concerned over how the withdrawal has hurt America’s standing in the world.
“If you show up at a climate conference to talk about coal, you’re likely to be ignored,” he said. “I think the We Are Still In delegation will get more attention than the executive branch.
“We’ve gone from the indispensable leader to being the only country not engaged in climate change. Many people in Congress are troubled not only from a climate standpoint but a geopolitical standpoint. China is happy to take that leadership from us.”