OROVILLE IS A WARNING FOR CALIFORNIA DAMS, AS CLIMATE CHANGE ADDS STRESS... 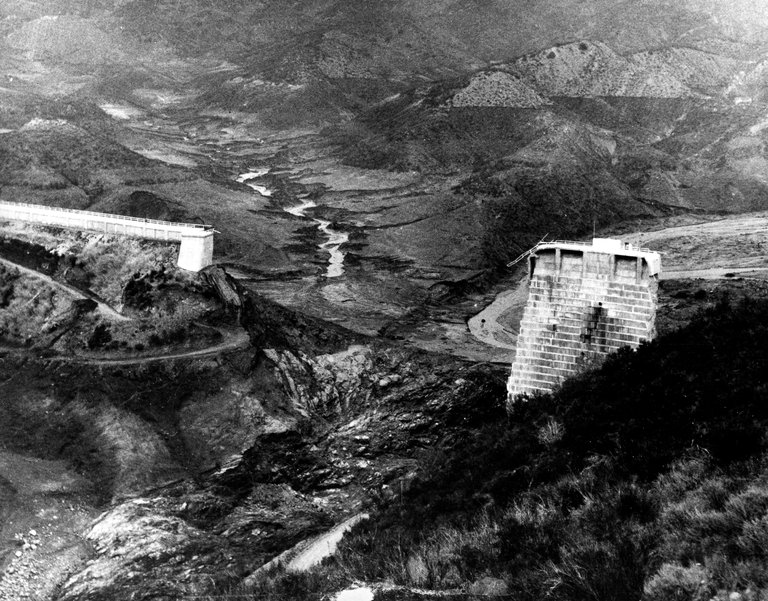 The remains of the St. Francis Dam in California, which burst just before midnight on March 12, 1928, and killed more than 400 people. Credit Associated Press

LOS ANGELES — The St. Francis Dam was a proud symbol of California’s engineering might and elaborate water system — until just before midnight on March 12, 1928, when it collapsed, killing more than 400 people in a devastating wall of water. Ever since, the state has had a reputation of diligent inspections as it has built the largest network of major public dams in the nation...

But the threat of catastrophic flooding from the damaged Oroville Dam in Northern California this week — forcing the evacuation of nearly 200,000 people because of what environmental groups had asserted in 2005 was a design flaw — presented a warning sign for California, where a network of dams and waterways is suffering from age and stress. It also demonstrated that older dams may not be designed to deal with the severe weather patterns California has experienced because of global warming. The Oroville Dam was completed in 1968, toward the end of the golden era of dam building.

The culprit at Oroville was a faulty emergency spillway, used for the first time since the dam was opened after days of drenching storms, driven by what are known as atmospheric rivers, that filled the reservoir to capacity. But engineers and environmentalists said similar problems could occur at many of the roughly 1,500 dams that dot this state.

Of the 1,585 dams in California, 17 are listed in poor condition and 97 in fair condition, according to the National Inventory of Dams, which is kept by the United States Army Corps of Engineers. There are about 90,000 dams across the nation, many of which are privately owned. 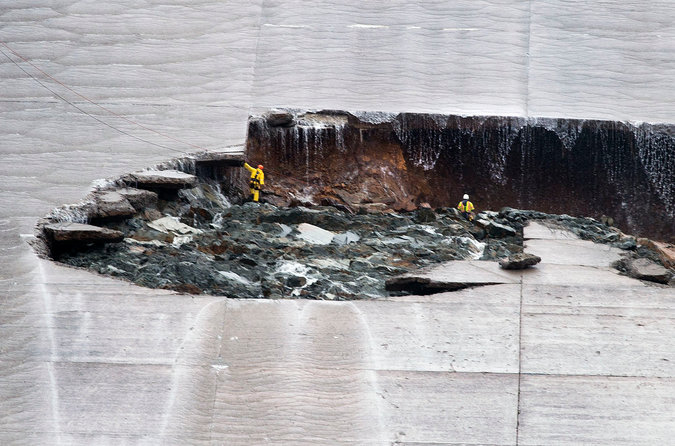 Part of the problem, officials said, is that as a rule, the government is more inclined to invest money in building new projects, celebrated with elaborate ribbon-cutting ceremonies overseen by elected officials, than in the less visible (and less glamorous) task of maintenance.

Related Coverage: In Shadow of California Dam, Water Turns From Wish to Woe...

“That is a national concern for us,” said Lori Spragens, the executive director of the Association of State Dam Safety Officials. “Most dams are almost 50 years old. Many of them are very behind in their rehabilitation and they need to be upgraded to current standards. It’s the lack of money. The whole concern with infrastructure is just not there, as we know.”

Climate change adds to the challenges. Scientists have said for years that a warming atmosphere should lead to more intense and frequent storms in many regions. In California, where precipitation in the Sierra Nevada is the source of much of the state’s water, warming also means that more of the moisture in a given storm falls as water and less as snow, adding to the immediate burden on downstream reservoirs.

This has been the rainiest year in California’s history, a head-snapping turn after a five-year drought of historic proportions had transformed some reservoirs into brown fields of cracked, dry earth. The wet winter season does not end until April; more storms are expected this week across California. And as the state’s vast Sierra Nevada snowpack gradually melts, it will keep feeding reservoirs into the late spring.

California has the additional complication of being laced with earthquake faults, which has always been a major challenge to engineers designing dams. Among the dams now considered to be at risk are two that are close to earthquake faults and are undergoing improvements to better withstand seismic shocks: The Anderson Dam and the Calaveras Dam, both near San Jose.

But California’s most troubled large dam is at Lake Isabella, built in the 1950s on what was thought to be a dormant earthquake fault by the Army Corps of Engineers on the Kern River above Bakersfield. The fault has since been shown to be active, and out of concerns that the dam could fail, the authorities restricted the level of the lake behind it. This week, officials assured nearby residents that despite heavy rains, the lake levels, and the dam itself, remained safe. 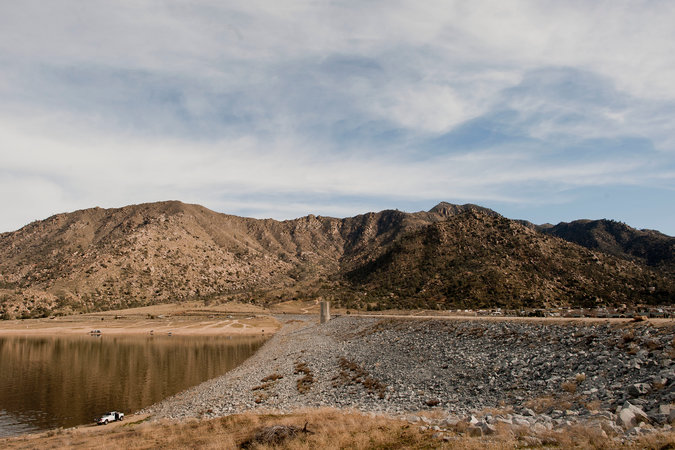 The dam at Lake Isabella, Calif., built in the 1950s, sits on an active fault line. Credit Michal Czerwonka for The New York Times

But the dam will have to be rebuilt, with a new emergency spillway, at a cost expected to be about half a billion dollars. Construction is expected to start this year and to take at least five years.

Isabella is an example of how dam spillways designed more than a half-century ago are now often inadequate, said Blake P. Tullis, a professor of civil engineering at Utah State University who has worked on the design of the new spillway. Climate change is part of the problem, he said, but other factors, like land use changes — more parking lots, for example, mean more runoff into rivers — and better weather data have also played a role.

“Now, as you do your statistical analysis, the biggest flood you could predict actually happening is much bigger,” Dr. Tullis said. “People are scrambling a bit, asking how we maintain dam safety.”

The problems in Oroville, a community 70 miles north of Sacramento, are particularly unsettling because California has been in the public-dam-building business for a long time. And no one forgets the lessons of the collapse of St. Francis, whose design was overseen by William Mulholland, a Los Angeles engineer whose career was destroyed by the tragedy.

“I would say California is the No. 1 best,” said Joseph D. Countryman, who worked for 20 years as the head of reservoir operations for the Army Corps of Engineers. Still, he added, no matter how much experience or money a dam-builder might have, something can always go wrong, especially in a state like this that can go from five years of severe drought to oceans of water falling from the sky.

In the case of Oroville, environmental groups in 2005 opposed the relicensing of the dam by the Federal Energy Regulatory Commission, saying the emergency spillway should be lined with concrete to ensure its durability if regulators needed to release water to relieve pressure on the dam. The federal agency, backed by the state authority that owns the reservoir, said it was unnecessary.

“The management of the dam — the management of water — is risk management,” said Nancy Vogel, a spokeswoman for the California Natural Resources Agency. “You have to weigh risks and you have to calculate what is a good expenditure and what isn’t.”

Several engineers said it seemed likely that this episode would show the need for something that elected officials have rarely rallied around: spending money on maintenance, rather than new building. The scare came as President Trump has said he will propose some kind of infrastructure program. California has submitted $100 billion worth of projects it would like funded; it includes work on the state’s water system, but it is for new work, including raising the Folsom Dam northeast of Sacramento.

On Tuesday, Sean Spicer, the White House press secretary, said at a news conference that the administration was watching the events in California and that the crisis “was a textbook example of why we need to pursue a major infrastructure package in Congress.”

The events in Oroville are a reminder that everything about a dam — from building it to maintaining it — is challenging, in no small part because the stakes of a mistake are so high.

“Of course it shouldn’t happen,” Mr. Countryman said. “It doesn’t mean it could have been stopped from happening.”

“We went from drought to flood disaster overnight,” he added. “Don’t we get a little break from fearing one thing to fearing another thing?”