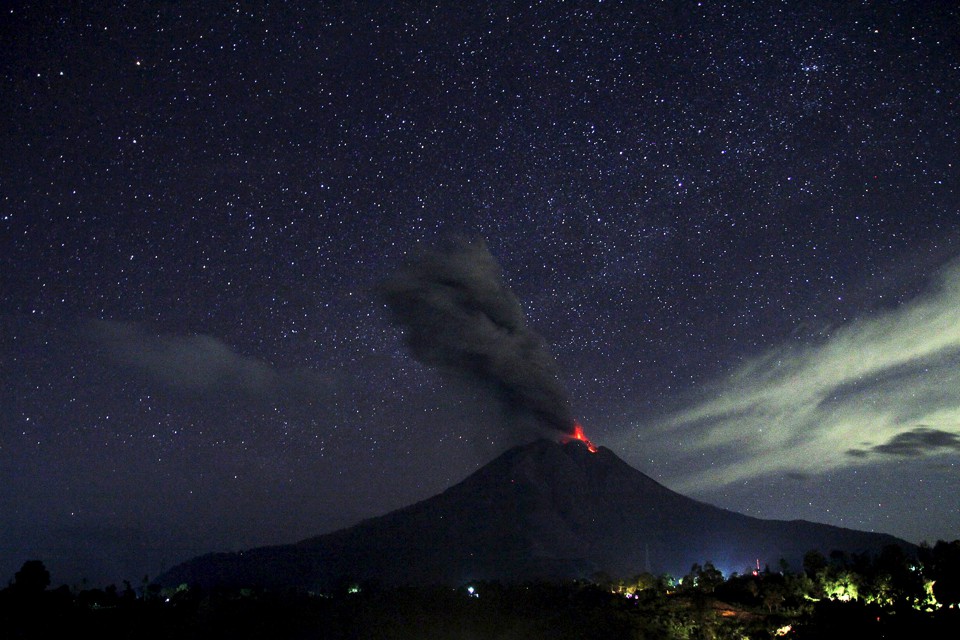 How mass extinctions inform our understanding of human-caused climate change...

If you could have been there, somewhere in Siberia at the end of the Paleozoic Era nearly 252 million years ago, you would have witnessed an apocalyptic horror that rarely visits our planet.

Also, I mean, you would have been doomed. Almost certainly. It was a bad scene. Mass extinction is a real shitshow.

But let’s say, somehow, you could have watched this madness unfold—without succumbing to the monstrous cloud of carbon dioxide belched up from the volcanoes of the Siberian Traps, without being incinerated by an ocean of lava, without starving in the ruins of the global acid rain that destroyed the ecosystems on land, and without being burned alive in the wildfires that scorched the earth.

If you could have lived through all of this, which, by the way, you wouldn’t have, you would have been among the few creatures to survive what paleontologists now refer to as the Great Dying. It’s a good name for what happened.

There have only been five mass extinction events, that we know of, on Earth. The mass extinction that killed the dinosaurs was the most recent—but it wasn't the most devastating. The Great Dying, which preceded the demise of the dinosaurs by about 180 million years, was by far the worst: The planet warmed rapidly— roughly 50 degrees Fahrenheit over a 60,000-year period. Some 90 percent of all living creatures went kaput. It then took 10 million years for life on Earth to bounce back, which was a curiously long recovery period, even for an extinction of that magnitude.

“What interested us was how long it took life to recover afterward,” said William Foster, a professor of geosciences at the University of Texas at Austin and the lead author of a new study about the Great Dying, published in the journal PLOS ONE on Wednesday. “Because not only was this the worst mass-extinction event, but recovery took millions of years.”

Foster wanted to know: Did the recovery of life on Earth take so long after the Great Dying because the extinction event itself was so cataclysmic? Or was something else going on?

To find out, he and his colleagues traveled to the Dolomites, a mountain range in northeastern Italy that’s known for its long geologic record of the Triassic, the period that came just after the Permian, which was capped by the Great Dying. The team examined marine invertebrate fossils, and from that work produced the most continuous dataset ever collected from the region.

The fossils they found showed that there were two additional extinction events in the recovery period after the Great Dying—not so major as to be deemed “mass extinctions,” but bad enough to slow the recuperation of life on Earth. Foster and his colleagues found that during that 10 million year recovery period marine invertebrates peaked then died off two times in association with carbon isotope shifts, which correlated with volcanic pulses from the Siberian Traps. In other words, just as life seemed to be bouncing back from the Great Dying, another extinction event derailed it—twice.

“This is not only interesting from an evolutionary point of view,” Foster says, “but also because those environmental conditions that life had to adapt to, to survive back then, are similar to those predicted for future climate warming scenarios.”

Similar, maybe, but not the identical. And thank goodness for that.

The volcanic eruptions that marked the start of the Great Dying were absolutely monstrous. The entire area of what is now China was covered in some 40 feet of lava. Those same volcanoes released a huge amount of gas, which set off the atmospheric deoxygenation that led to dramatic climate change. For context, it’s borderline ridiculous to compare the magnitude of this event to the 1883 eruption of Krakatoa, one of the deadliest and most violent volcanic eruptions in recorded history. “Krakatoa is very, very, very small compared to what happened at the Siberian Traps,” Foster said. Krakatoa killed some 36,000 people.

The magnitude of the volcanic eruptions 252 million years ago may be difficult to comprehend today, but what’s happening to the atmosphere is familiar.

“This is what makes it so interesting,” Foster told me, “Because you have this huge volcanic eruption that releases all these gases, and then you look at what’s happening today [with climate change] and they’re all the same gases. They’re causing the same effects. So we can say, ‘This is what it did in the past and this is what we might be looking at for the future.’”

The natural next question is: Where’s the threshold, in terms of planetary warming, for setting off a mass extinction like the Great Dying? “For most animals we don’t know the threshold,” Foster said. “It’s really, really hard to reconstruct values that far back in the past, but it’s what we’re trying to develop: What are our thresholds? What sorts of temperatures are we talking about?”

Looking at the human activity that is spiking global temperatures today, we’re still nowhere near the deoxygenation that took place 252 million years ago. “We don’t think we will reach the threshold we reached in the Great Dying,” Foster told me. “Or, we hope we won’t, anyway.”

According to the Intergovernmental Panel on Climate Change, average global temperatures are likely to increase by at least 3 degrees within the next 80 years. In some places, they might increase by nearly 9 degrees—still substantially below the 50-degree increase that began after the eruptions of the Siberian Traps. (Even a difference of one or two degrees, however, can yield extraordinarily different outcomes for the planet.) There’s clear scientific consensus that human activity is driving climate change today. What happens to our species as a result is less certain.

The Earth has reinvented itself at least five times before. In each mass extinction, planetary life was very nearly wiped clean. Microscopic organisms, insects, furry beasts, and reptilian land monsters have all been destroyed at one point or another.

There are survivors, of course. Even the Great Dying spared some clams, sea snails, urchins, brittle stars, and seed shrimp. These creatures didn’t just survive, they also became the most abundant animals in our oceans, a reminder that the story of life on our planet isn’t the story of a single species at the top of the food chain, but ultimately a tale of relentless adaptability.

“Big cool things like dinosaurs are pretty rare to find compared with clams,” says Peter Brannen, the author of The Ends of the World. And from one mass extinction to the next, there’s remarkably constancy on one hand—same magmatic systems on the same planet orbiting the same ole star. Yet there’s staggering newness, too.

“The world looks totally different before and after a mass extinction,” Brannen told me. “Sixty-seven million years ago, you had mosasaurs and big non-bird dinosaurs, and 15 million years later you have whales and giant land-mammals.”

“In one way it’s scary that we’re even in the same conversation as major mass extinction events,” Brannen added, referring to climate change. “But the Earth has seen way worse than we could ever dish out and it still recovers. The Earth, in the long run? The Earth will be fine.”

Humans, maybe not so much...