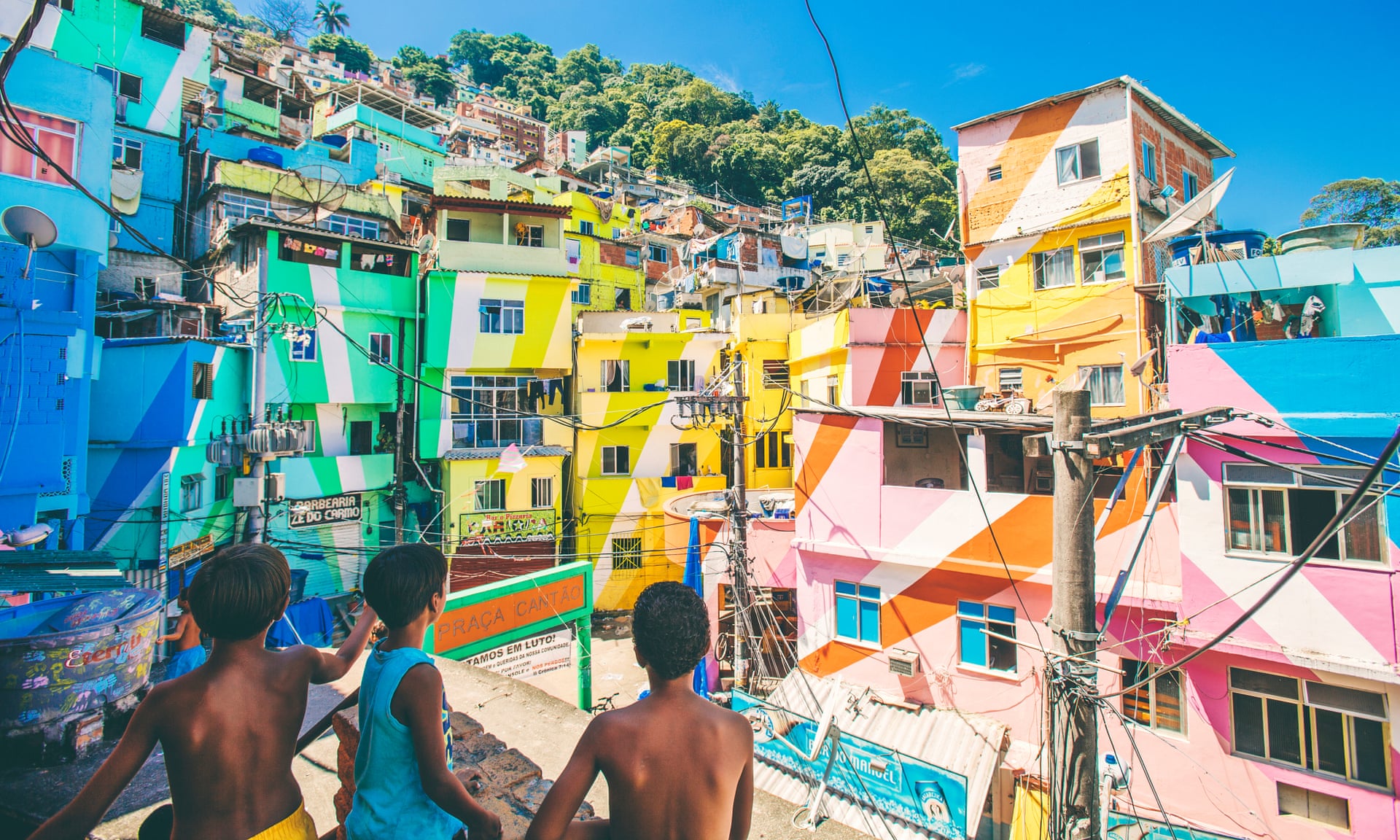 Boys play with kites in a favela in Brazil. The Paris climate change deal ‘doesn’t go far enough to improve the fragile existence of millions around the world’, Harjeet Singh at ActionAid says. Photograph: Peeter Viisimaa/Getty

Leaders from around the world have hailed the agreement struck in Paris on climate change, but some analysts and environmentalists are less sure about its impact.

Bloomberg New Energy Finance, an independent analysis group, delivered a downbeat appraisal of the outcome, saying it was not the breakthrough many had claimed.

Richard Chatterton, head of climate policy at the group, which provides analysis used by investors, said: “The deal reached in Paris is weak, containing no concrete increase in the level of ambition to address climate change, and simply urges countries to do more over time.”

He said the most notable outcome was the mechanism for five-yearly reviews of carbon targets, and agreement on the principle that countries should provide transparent accounts of how they reach those goals. But even these were “accompanied by language that could allow countries to maintain the status quo for years to come”.

He also criticised the target of achieving net-zero emissions. “An emissions reduction goal, for a peak year in global emissions or for language on decarbonisation or emissions neutrality have all failed to make it into the final agreement,” he said. “What countries have settled for is an ambiguous aim,” to balance emissions with carbon sinks. But he said it was unclear what this would mean in terms of real emissions reductions.

“This agreement will disappoint many observers who were hoping for a step change in global ambition [on climate change]. It is no surprise, however, that the reality falls far short of such expectations,” Chatterton concluded.

Other observers were also wary. Oxfam called the deal “a mixed bag”, arguing that governments had failed to put humanity’s interests above “narrowly defined and short-term interests”, and that the lack of a pathway to keep temperature rises below 1.5C above pre-industrial levels left that goal unclear and vulnerable people in danger.

Craig Bennett, UK chief of Friends of the Earth, was cautious. While he acknowledged “the spirit of Paris” in bringing countries together was positive and could be built upon, he said in key aspects it was inadequate.

But investors should take it as a signal, he added. “Does this give investors confidence? Probably, yes. It’s all very woolly [in language and aims] but the direction of travel is clear – to low-carbon.”

Harjeet Singh, global lead on climate change for ActionAid, said the poor had been excluded: “What we needed out of Paris was a deal that put the poorest people first. What we have been presented with doesn’t go far enough to improve the fragile existence of millions around the world.”

Bill McKibben, activist and co-founder of 350.org, said the deal was in danger of dragging out the transition away from fossil fuels for far too long to maintain global temperatures at a safe level, leaving open the possibility that “endless climate damage will be done”.

He urged activists to target the fossil fuels industries to prevent that. His views were echoed by David Turnbull, campaigns director of Oil Change International, who described the agreement as “a lowest common denominator of global politics, not the aspirations of the global community”.

There was also concern from special interest groups. Clodagh Byrne, adviser at HelpAge International, warned that older people were left out, despite the fact that they are more vulnerable to the effects of high temperatures, being more likely to die in heatwaves than younger adults, and at greater risk of death in the event of extreme weather, such as floods or storms, as they were less able to escape.

“Given the disproportionate impact that climate change is already having on older people, it is alarming that no specific consideration has been given to them in the text, even within the list of those whose rights should be specifically taken into account,” she said.