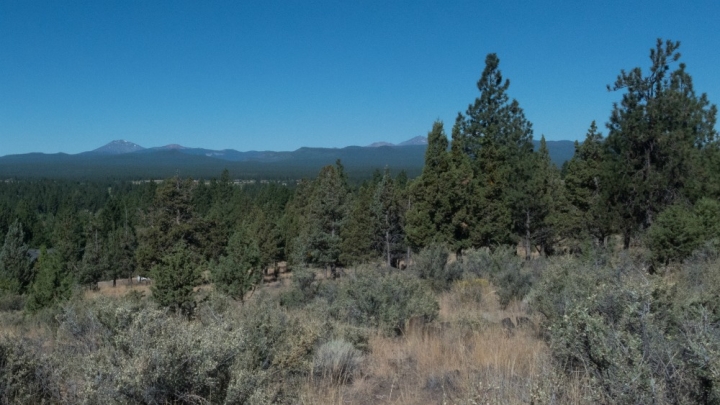 The Forests of Oregon, viewed from Bend. Credit: Rod Parmenter

Efforts to foster forests and slow deforestation, which is one of the leading causes of global warming, are largely being glossed over by most nations as they prepare for a historic round of climate negotiations.

It remains unclear whether any agreement struck during the upcoming U.N. Framework Convention on Climate Change session, which begins in Paris at the end of this month, will explicitly mention forestry. But forestry and farming are “implicitly” going to play roles in a climate pact “no matter what,” said Chris Meyer, who works on Amazon rainforest issues for the Environmental Defense Fund.

Analysis by the Union of Concerned Scientists throughout the year has highlighted the scant attention being paid to forests under most of those national pledges. That’s despite forest loss being blamed for more than 10 percent of climate-changing pollution being released globally every year.

“I would say that many of them fall short by substantial amounts,” said Douglas Boucher, a senior analyst at the nonprofit. “The worst,” he said, included pledges from the U.S. and the European Union.

The U.S. will rely heavily on forest regrowth following heavy logging in centuries past to meet its pledge to reduce pollution by a little more than a quarter between 2005 and 2025. Forests and other American landscapes absorb more than one-sixth of the greenhouse gas pollution the country releases every year.

Yet America’s pre-Paris climate pledge makes no mention of forestry practices — or how it could assure that forests continue to thrive even as they start to age, and as they are threatened by worsening wildfires and attacks from beetle pests.

“If the U.S. can manage its forests in such as way as to reduce emissions, that would be a benefit,” Boucher said.

Forest fires in Indonesia, linked to slash-and-burn agriculture, have been releasing more carbon dioxide during some recent some days than America’s entire energy industry — yet that nation’s climate pledge is silent on how the problem could be addressed. 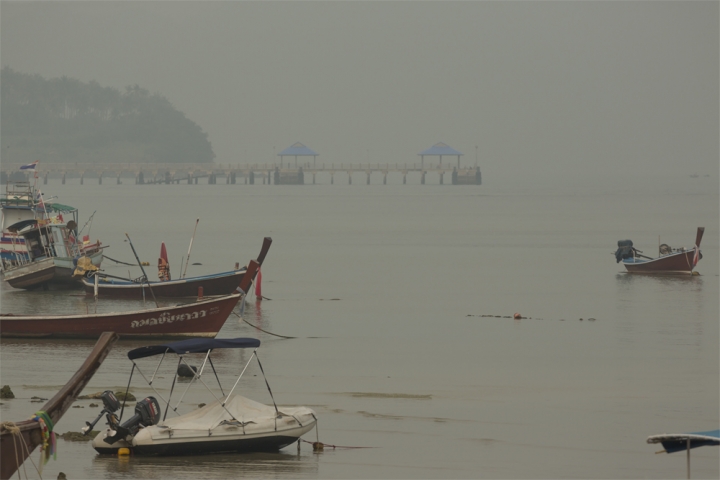 Brazil’s pledge says it will eradicate illegal logging in the Amazon by 2030, and it includes goals for forest restoration, but Boucher and others have pointed out that it does not address legal logging. “This falls far short of what is needed,” said Nils Hermann Ranum, head of policy for the Rainforest Foundation Norway. "Brazil has been praised for its successful efforts to reduce deforestation. With an ambition of only targeting illegal logging, and only in the Amazon, Brazil’s days as a forest hero seems to be over."

In a forest of mediocrity, though, Boucher’s analysis highlights an unlikely luminary — the Democratic Republic of Congo, where trees are cut down to clear farmlands and to produce charcoal used for energy.

Congo has a small and poor population, and it contributes little to the problem of global warming. But in its pledge, it presents what the Union of Concerned Scientists described in a report published Thursday as “an ambitious and quantified proposal for reforestation by 2025,” potentially helping to absorb 3 million tons of carbon dioxide every year.

Congo’s pledge is also clear on the costs of such reforestation efforts, which it says would need to be met through international support. Such support could come from the $100 billion a year that developed countries have promised to be providing poorer countries by 2020 to help them slow and adapt to climate change.

If a Paris agreement is clear that forestry practices can help countries achieve their climate goals, that could also help spur private sector investment in reforestation, said Gustavo Silva-Chávez, a project manager at Forest Trends, which is an American nonprofit.

“If you’re looking at a post-Paris world where countries say, ‘We’re committing ourselves to actually reducing our emissions in our country,’” Silva-Chávez said, “then they have to go back to their industries and say ‘Hey, we just signed up in Paris to reduce our emissions by x percent — that means you guys are going to be regulated.”

You May Also Like:
These Are The NASA Tools Tracking Our CO2
Once Stable Greenland Glacier Facing Rapid Melt
Energy Transition Underway Ahead of Paris Climate Talks
New Fees Seen to Weaken Demand For Rooftop Solar
The World is Halfway to 2°C