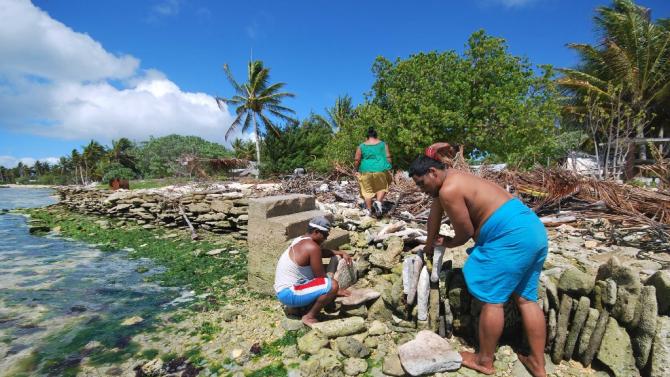 Pacific leaders said Monday that upcoming climate talks in Paris are the last chance for the world to reach an agreement that can save their vulnerable island nations.

The leaders of the six smallest members of the Pacific Islands Forum (PIF) said they were among the hardest hit by climate change, and a binding agreement at the so-called COP21 talks in December was crucial.

Meeting before the annual PIF summit formally opens in Port Moresby on Tuesday, representatives from the Cook Islands, Kiribati, the Marshall Islands, Nauru, Palau and Tuvalu issued a strongly worded plea to the rest of the world to act.

"This is our last chance to reach an outcome that must reverse the global warming pathway to ensure the future survival and existence of our nations, people and culture," they said.

They said their islands, some of which are less than a metre (three feet) above sea level, were already suffering the impact of climate change.

The COP21 talks will seek a binding deal to take effect in 2020 that will commit 195 nations to emissions cuts. 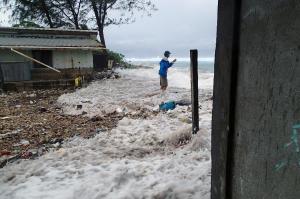 A high tide energised by storm surges washes into a community on Ejit, an island in the Pacific' …

They also said any ambitious climate change plan should include a moratorium on new coal mines.

"We cannot afford to lock in any further fossil fuel emissions," the leaders said.

Territories such as Tuvalu and Tokelau fear their nations will become unlivable as rising waters erode coastlines and ruin crops, while Kiribati has purchased a large block of land in Fiji in case its entire population needs to relocate.

The full 15-nation PIF is expected to echo the sentiments of the small island nations during this week's summit.