PARIS CLIMATE TALKS: WITH A FINAL DEAL ELUSIVE, A PUSH FOR COMPROMISE... 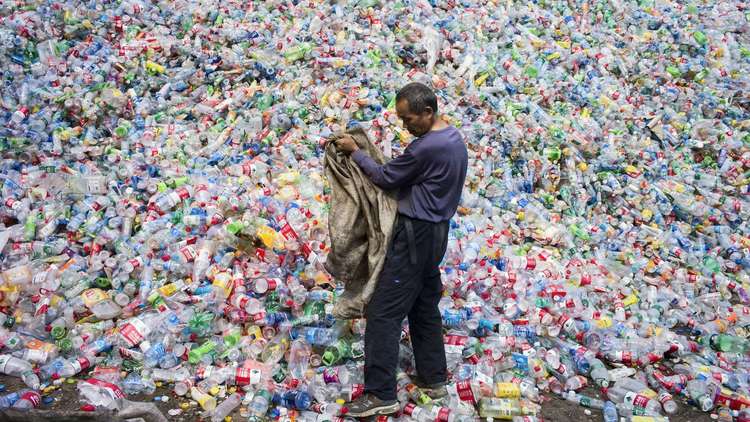 A Chinese laborer sorts plastic bottles for recycling in Dong Xiao Kou village near Beijing on Sept. 17, 2015. China is the world's biggest emitter of greenhouse gases that cause climate change, and a crucial player in the global gathering outside Paris.(Fred Dufour / AFP/Getty Images)

“We must do this, and we can do this,” Fabius, who is leading the talks, told delegates. 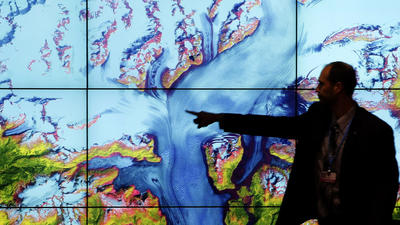 The latest draft of a potential agreement represents an attempt by Fabius to synthesize the positions of nearly 200 countries. He took the step after negotiators failed to make any breakthroughs even after working until 5 o'clock in the morning the previous night.

Key issues addressed but not resolved during the nearly two-week conference, which was scheduled to end Friday, include how to cover the multibillion-dollar costs of dealing with damages caused by global warming and related problems such as rising sea levels, drought and extreme storms.

In the draft released by Fabius, areas of dispute have been whittled down to 48 from 300.

“Assuming [Fabius] is reading the room right, they've made a lot of progress,” said Nathaniel Keohane of the Environmental Defense Fund.

It remains to be seen how much of the new version will stick. Delegates will be working through the night again to iron out persistent differences on some of the most difficult issues. When a potential impasse is reached, small groups will hold side conversations in an attempt to keep the talks from bogging down. 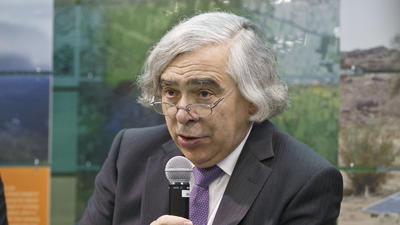 The remaining issues are not surprising ones, as they've been the most contentious for years. Particularly challenging is transparency, meaning how the world will verify that countries are meeting their commitments to reduce greenhouse gas emissions.

It's a key goal of the United States, but some developing countries do not want to be held to the same stringent standard.

Duncan Marsh, director of international climate policy at the Nature Conservancy, said adequate transparency can provide governments the assurance they need to take meaningful action, since they know other countries are doing likewise.

It's hard to find anyone who expects the talks to fall apart at this stage. The ghost of the Copenhagen conference in 2009, widely seen as a failure, seems to have been exorcised with careful political staging and a healthy dose of French hospitality. In addition, the summit began with environmental commitments from nearly all participants and the political backing of the world's most powerful economies.

“Neither China or the United States are going to allow these negotiations to fail,” said Robert Stavins, director of the Harvard Environmental Economics Program.

U.S. Secretary of State John F. Kerry, who hopes to help seal a deal, told reporters Wednesday that inaction was unthinkable. “Unless the global community takes bold steps now to transition away from a high-carbon economy, we are facing unthinkable harm to our habitat, our infrastructure, our food production, our water supplies and potentially to life itself,” he said.

Even though finding consensus has been elusive, some observers reacted positively to the latest version on Thursday. “We see the light at the end of the tunnel,” Keohane said.