PARIS PACT MAY HINGE ON ‘LOSS AND DAMAGE’ DISPUTE... 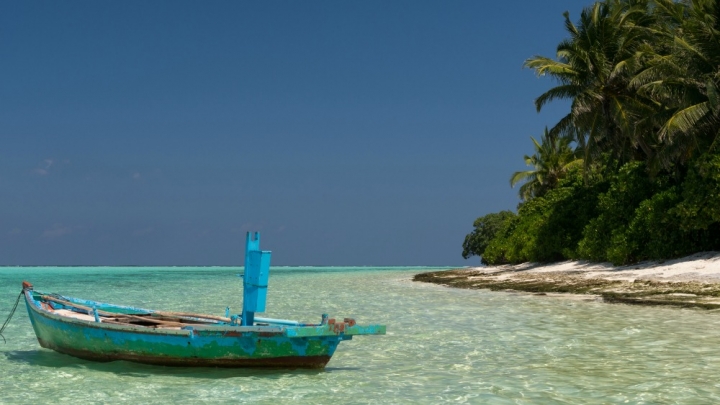 An island in the Maldives, which is vulnerable to rising seas.
Credit: Alessandro Caproni/Flickr

If rich countries don’t agree to help poorer ones recover after storms amplified by global warming tear villages apart, or help communities prosper even as their homes sink into rising seas, climate negotiations in Paris risk being scuttled...

A long list of disagreements is bedeviling diplomats as they prepare for a historic two-week session of the U.N. Framework Convention on Climate Change, beginning Nov. 30. A hoped-for Paris agreement could be history’s most far-reaching climate pact, with nations pledging to take a variety of steps under it to slow and adapt to climate change.

Of those disagreements, experts say the two that have the greatest potential to derail negotiations relate to money. Both of the financial disputes divide wealthy countries, which relied on climate-changing fossil fuels to grow their economies, and nations in earlier stages of economic development, and that have little ability to cope with the impacts of climate change that are already underway.

One of the key sticking points relates to financing. Developing countries want to know how developed countries plan to raise the $100 billion a year they have promised by 2020 to help them use cleaner energy and adapt to climate change.

The pricklier of the two disputes, however, surrounds an issue known as loss-and-damage. That refers to proposed funding that would help developing countries recover from disasters that were triggered or exacerbated by climate change. Calls for a loss-and-damage system have been made since the early 1990s. But those calls have taken on new urgency in recent years as climate change’s effects have changed from largely theoretical to very real.

Loss and damage goes “beyond adaptation,” said Amjad Abdulla, a Maldivian minister who will represent the Alliance of Small Island States as its chief negotiator in Paris. The alliance is a coalition of about 40 low-lying and island nations, many of them poor, and all of them especially vulnerable to rising seas. Despite contributing little to the problem of global warming, seas have already risen around them more than 8 inches since the 1800s — and they continue to rise at a hastening paces.

“When an event happens, what is the mechanism to assist countries and people?” Abdulla said.

Precise details of how a loss-and-damage mechanism would help poorer countries recover from disasters boosted by climate change wouldn’t need to be resolved in Paris, but Abdulla said “we cannot wait” until future climate agreements before some principles are agreed upon. “There has to be a home for loss-and-damage in the agreement.”

The debate is a vexing one for rich countries, which still have not figured out how to raise the climate-related financing they have long promised to poorer ones — let alone how they could compensate developing countries for climate change’s heavy impacts.

“From the perspective of the rich countries, it looks like unlimited liability for bad weather,” said Robert Stavins, a Harvard University economics professor. “That could get in the way of agreement.” 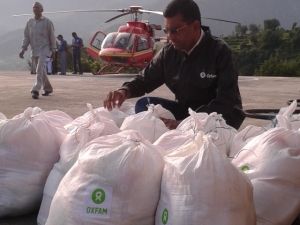 An aid operation following 2013 floods in the Indian mountain state of Uttarakhand, which have been tenuously linked to climate change. Credit: Oxfam International/Flickr

Supporters say a loss-and-damage mechanism in a global climate pact could reduce the dangers of unplanned mass migrations following droughts and floods. Residents of the increasingly flood-prone archipelago state of Kiribati are already clamoring to resettle in New Zealand. Climate change has been blamed for worsening a drought that inflamed warfare in Syria, leading to an unplanned exodus of millions from that country.

“The Syria crisis was a preview of what’s going to happen,” said Harjeet Singh, an ActionAid official based in India who has long been involved with climate negotiations.

Discord between developing and developed countries nearly scuttled hopes of striking a lower-level agreement during climate negotiations a year ago in Peru. Trust between the haves and have nots had been building during preliminary negotiating sessions earlier this year. But it largely dissolved during meetings in Bonn several weeks ago, after a draft Paris agreement was published that downplayed many of the top-priority issues for the smaller and poorer nations.

“Developing countries have become more wary of what developed countries are doing,” Singh said. He warned that the loss-and-damage debate could “absolutely” trigger a breakdown of talks in Paris. “The situation is very fragile.”