POLAR BEARS FACE YET ANOTHER THREAT TO THEIR SURVIVAL: SHARKS... 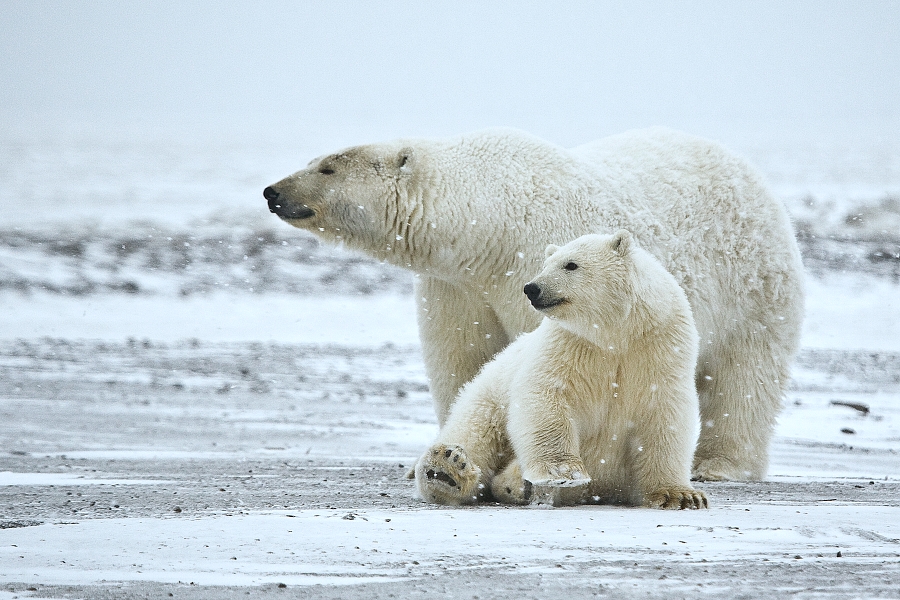 Polar bears depend on Arctic sea ice for almost all aspects of their lives.Alan D. Wilson / WikimediaCommons

Killer whales and Greenland sharks could attack polar bears as well as eat their prey - seals...

Polar bears, already threatened by receding levels of ice and dwindling food sources in the Arctic, could face another danger thanks to global warming: becoming prey to killer whales and sharks.

As the ice over the North Pole recedes, polar bears find it ever-harder to hunt for the seals that make up the bulk of their prey and are being forced to swim greater distances for food.

Why advertise with us

That puts them at risk of both killer whales and Greenland sharks, which are moving further north as the ice recedes.

Kit Kovacs, professor of marine biology at the Norwegian Polar Institute, has reported seeing the jaw of a polar bear in a shark's stomach, though it is unclear if the shark killed the bear or it was already dead.

Killer whales also eat seals, beluga whales, bowhead whales and narwhals, which are usually protected from them by thick ice for much of the year.

Killer whales avoid ice because it damages their long fins. With the ice gone, protection goes too. It has been estimated that within 15-20 years there will be no ice at the Arctic whatsoever.

In Hudson Bay, an estimated 57,000 beluga whales are now finding themselves being hunted by killer whales. Manitoba University researcher Steve Ferguson told the ArcticNet scientific conference that eventually killer whales could be top of the food chain in the Arctic – which would be yet more bad news for bears, whose population is expected to fall by a third by 2050.

The melting of the ice cap is also having an impact on smaller creatures like polar cod, which according to the Sunday Times spend much of their early live sin small ice holes which protect them from predators.

"Polar cod make up 80% of the diet of ringed seals, which are polar bears' main prey," said Kovacs. "So if the ice goes, so do the fish. It means the seals starve and so do the bears."