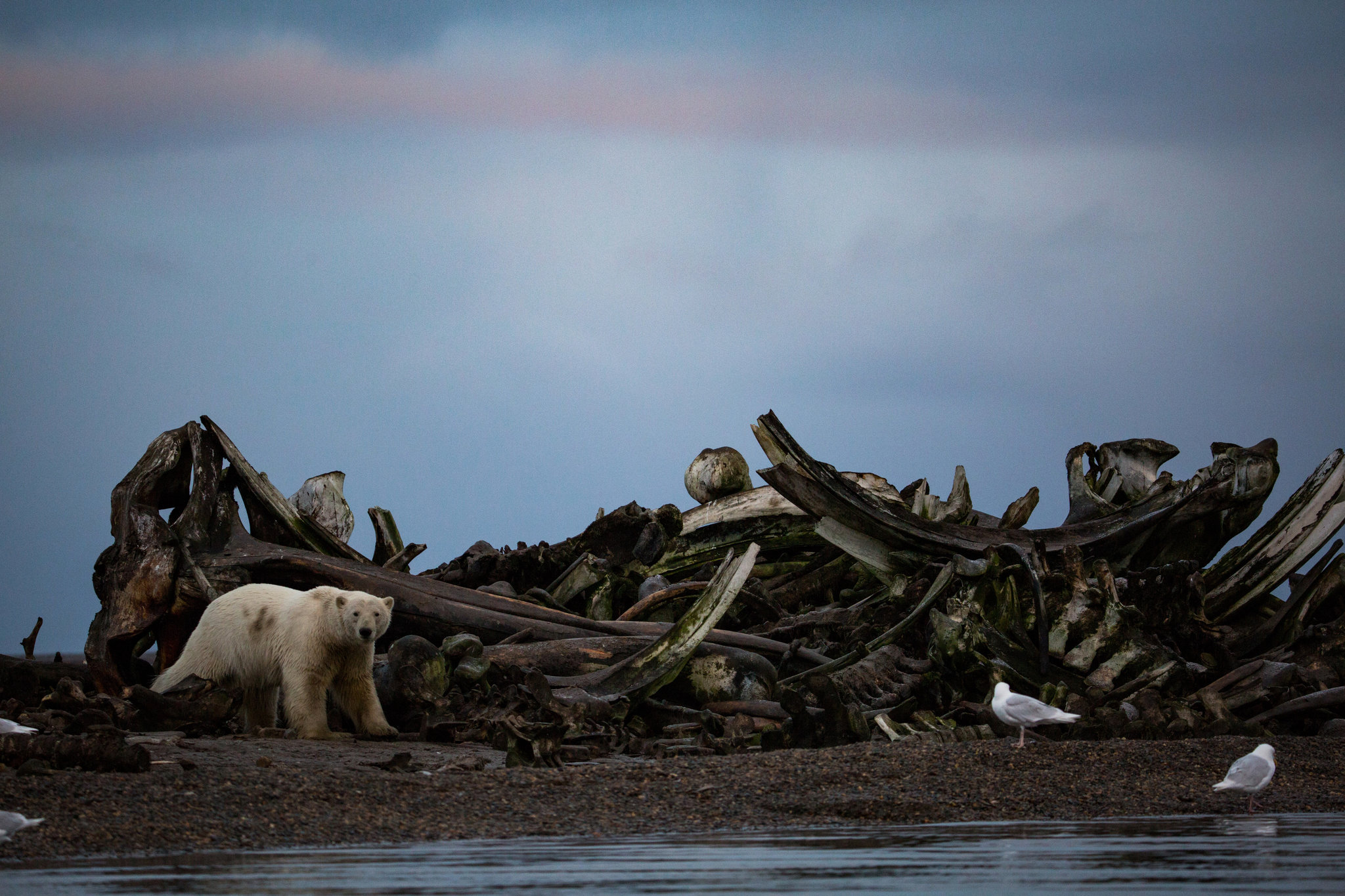 The bears that come here are climate refugees, on land because the sea ice they rely on for hunting seals is receding...

KAKTOVIK, Alaska — Come fall, polar bears are everywhere around this Arctic village, dozing on sand spits, roughhousing in the shallows, padding down the beach with cubs in tow and attracting hundreds of tourists who travel long distances to see them.

At night, the bears steal into town, making it dangerous to walk outside without a firearm or bear spray. They leave only reluctantly, chased off by the polar bear patrol with firecracker shells and spotlights.

Scientists have counted up to 80 at a time in or near Kaktovik; many look healthy and plump, especially in the early fall, when their presence overlaps with the Inupiat village’s whaling season.

But the bears that come here are climate refugees, on land because the sea ice they rely on for hunting seals is receding.

The Arctic is warming twice as fast as the rest of the planet, and the ice cover is retreating at a pace that even the climate scientists who predicted the decline find startling.

Much of 2016 was warmer than normal, and the freeze-up came late. In November, the extent of Arctic sea ice was lower than ever recorded for that month. Though the average rate of ice growth was faster than normal for the month, over five days in mid-November the ice cover lost more than 19,000 square miles, a decline that the National Snow and Ice Data Center in Colorado called “almost unprecedented” for that time of year.

In the southern Beaufort Sea, where Kaktovik’s 260 residents occupy one square mile on the northeast corner of Barter Island, sea ice loss has been especially precipitous.

The continuing loss of sea ice does not bode well for polar bears, whose existence depends on an ice cover that is rapidly thinning and melting as the climate warms. As Steve Amstrup, chief scientist for Polar Bears International, a conservation organization, put it, “As the sea ice goes, so goes the polar bear.” 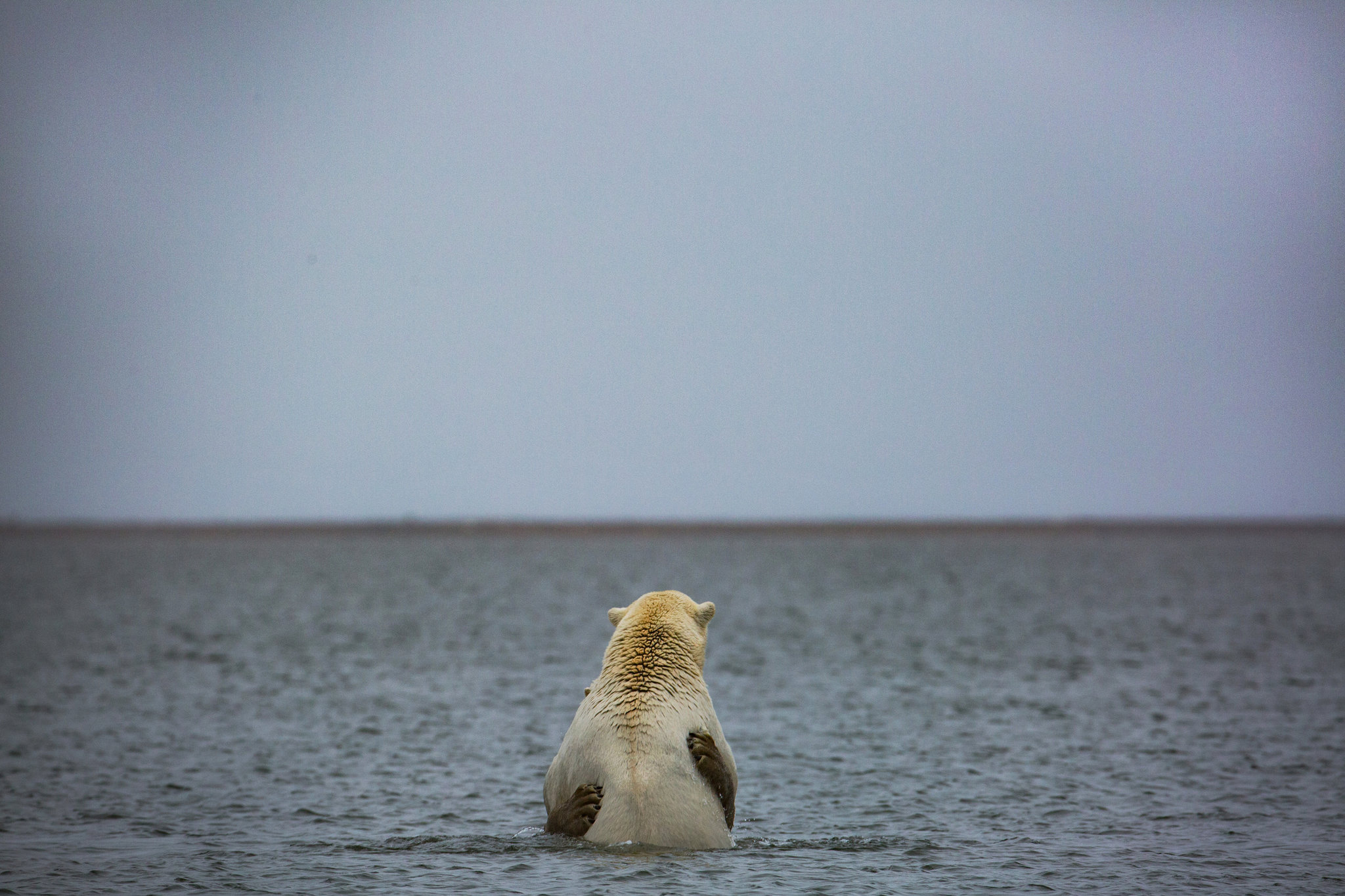 Polar bears holding each other in waters near the village. The continuing loss of ice bodes ill for them.Credit Josh Haner/The New York Times

The largest of the bear subspecies and a powerful apex predator, the charismatic polar bear became the poster animal for climate change.

Al Gore’s 2006 film, “An Inconvenient Truth,” which depicted a lone polar bear struggling in a virtually iceless Arctic sea, tied the bears to climate change in many people’s minds. And the federal government’s 2008 decision to list polar bears as threatened under the Endangered Species Act — a designation based in part on the future danger posed by a loss of sea ice — cemented the link.

But even as the polar bear’s symbolic role has raised awareness, some scientists say it has also oversimplified the bears’ plight and unwittingly opened the door to attacks by climate denialists.

“When you’re using it as a marketing tool and to bring in donations, there can be a tendency to lose the nuance in the message,” said Todd Atwood, a research wildlife biologist at the United States Geological Survey’s Alaska Science Center. “And with polar bears in particular, I think the nuances are important.”

Few scientists dispute that in the long run — barring definitive action by countries to curb global greenhouse gas emissions — polar bears are in trouble, and experts have predicted that the number will decrease with continued sea ice loss. A 2015 assessment for the International Union for Conservation of Nature’s Red List projected a reduction of over 30 percent in the number of polar bears by 2050, while noting that there was uncertainty about how extensive or rapid the decline of the bears — or the ice — would be. A version of the assessment was published online Dec. 7 in the journal Biology Letters.

But the effect of climate change in the shorter term is less clear cut, and a populationwide decline is not yet apparent. 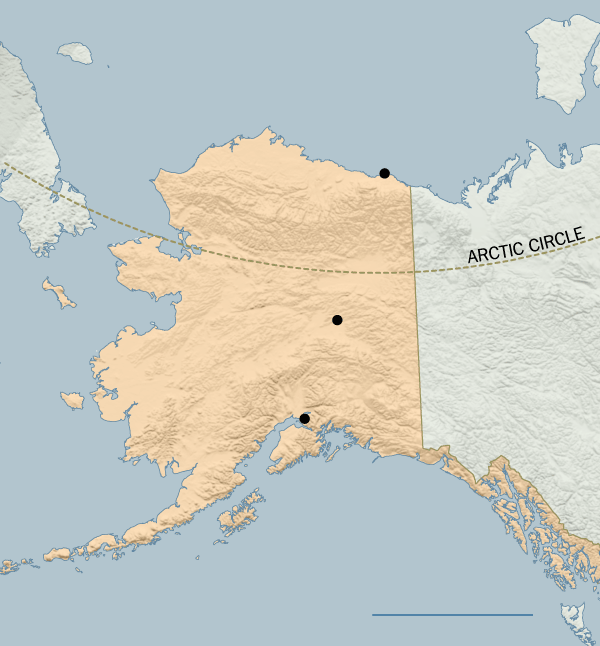 Threatened species like lions or wolves face predictable threats: poaching and hunting, or the encroachment of human settlements on their habitat.

But the biggest threat to the polar bear is something no regulatory authority involved in wildlife conservation can address: the unregulated release of carbon dioxide and other greenhouse gases into the atmosphere.

Sport hunting once posed a significant danger to polar bears, greatly shrinking their numbers in some areas until 1973, when an agreement among the Arctic countries restricted hunting to members of indigenous groups, and the populations began to rebound.

Oil spills, pollution and over-hunting still pose some risk. But these dangers pale compared with the loss of sea ice. 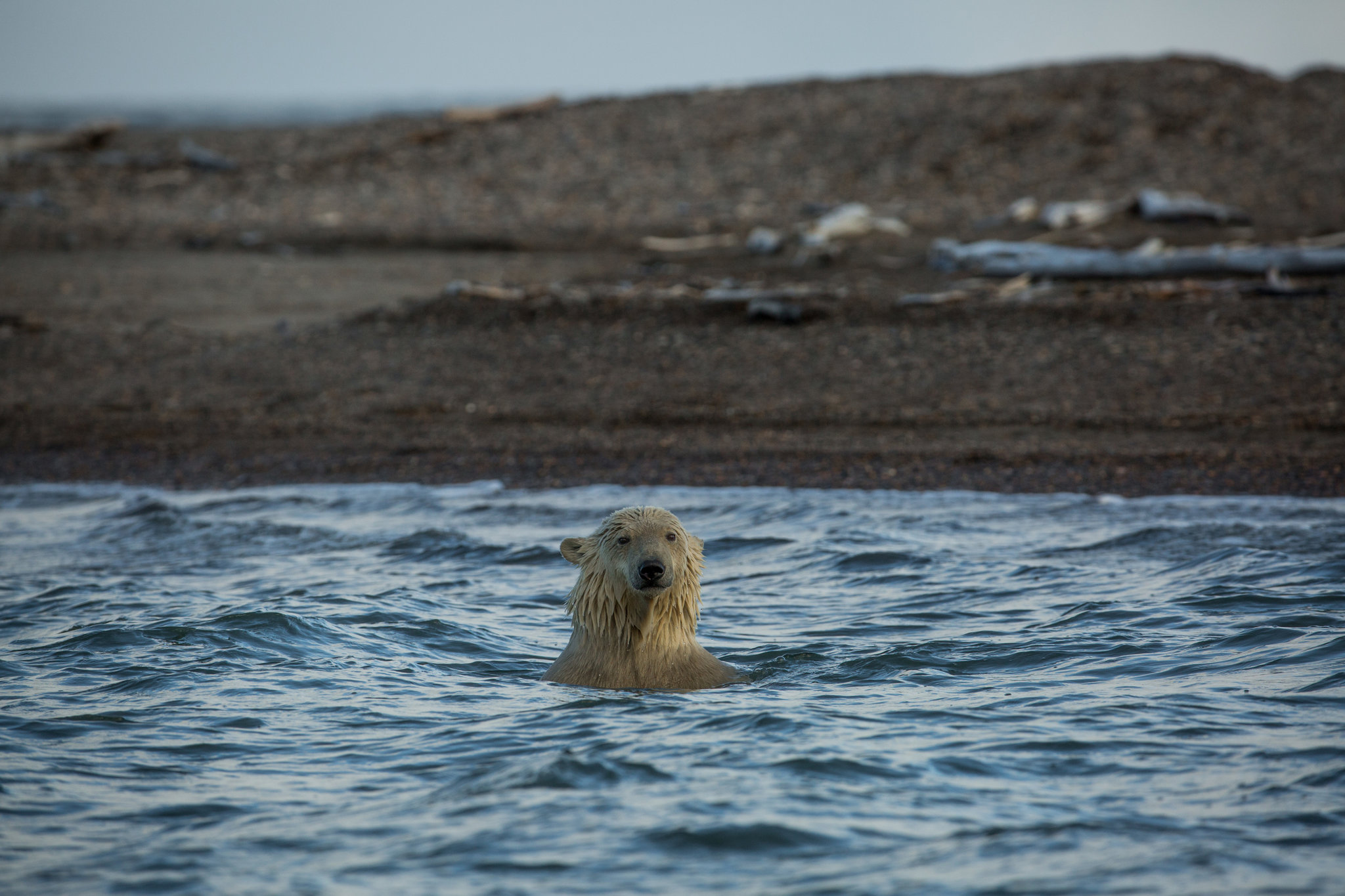 For many researchers, the most pressing question is how many days a polar bear can survive on land without the steady source of high-fat nutrition that seals usually provide.

“A bear needs sea ice in order to kill seals and be a polar bear,” said Dr. Regehr of the Fish and Wildlife Service. “That’s a bottom line.”

Some scientists have suggested that the bears might learn to survive on other types of food — snow geese, for example — or that they might learn to catch seals in the water, without relying on the ice as a platform.

But most researchers say that is unlikely.

Such changes usually evolve over thousands of years, said David Douglas, a research wildlife biologist at the Geological Survey, who spoke at the specialists group meeting.

But the loss of sea ice “is taking place over potentially a very rapid time frame, where there may not be a lot of time in polar bear generations to home in on behaviors that could give some advantage,” he said.

Much depends on how much of the ice disappears. Under some climate models, if steps are taken to control greenhouse gas emissions, the species could recover. And some evidence suggests that during an earlier warming period polar bears took refuge in an archipelago in the Canadian Arctic.

In Kaktovik, at least for now, whales are providing the bears with an alternative source of food. But dead whale is not a polar bear’s preferred cuisine.

“The bears are not here because we hunt whales,” said Mr. Thompson. “They’re here because their habitat has gone away, and it’s several hundred miles of open water out there.”