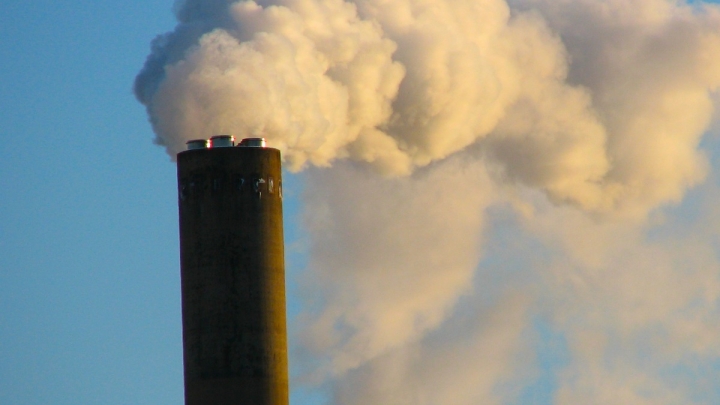 Investigators that enforce federal environmental laws would see their funding cut by nearly a quarter under a Trump administration proposal, boosting the likelihood that people, wildlife and the climate will be harmed by corporate pollution...

A federal budget proposal released Thursday would reduce funding for the EPA’s Office of Enforcement and Compliance Assurance by $129 million to $419 million a year. The office employs more than 800, suggesting the cut could see 200 positions shed.

“The cuts are so deep it’s hard to imagine we won’t see real effects in air and water quality,” said Ann Carlson, an environmental law professor at UCLA law. “Individual polluters are going to be able to get away with violating the law much more easily.”

Congress is responsible for setting the nation’s budget, and Trump’s proposal, which would cut more than $50 billion in agency and program spending to fund a bigger military, was a plea to both Republican-controlled chambers to join him in slashing federal programs.

If Congress agrees to reduce law enforcement at the EPA, it would make it less likely that the federal government would prevent or prosecute cases of illegal air and water pollution, and push substantially more enforcement responsibilities to states.

“States are doing great jobs, and the locals do great jobs, but really the EPA has the high level expertise to do complex, large-scale cases,” said Jared Blumenfeld, President Obama’s Administrator for the Pacific Southwest region of the EPA until last spring.

“Cutting out $129 million will basically signal to polluters that, ‘You know what? No-one is watching,’” Blumenfeld said. “Maybe it is worth the risk to pollute this waterway, or, in the middle of the night at the factory to turn off the scrubbers.”

The EPA’s enforcement office has worked with the Department of Justice to prosecute high-profile cases in recent years.

It helped secure a settlement agreement with gas and oil producer Anadarko in a fraud case, providing $2 billion for the cleanup of Navajo Nation uranium mines and other industrial sites. It also showed in court how Volkswagen had been cheating on pollution tests, leading to a $15 billion settlement.

“What VW did is they gamed the system,” Blumenfeld said. “In order to work that out, you need a lot of sophistication and testing equipment, and EPA has that.”

Not all of the EPA’s cases are high profile. Most involve smaller companies or local facilities. Some involve large companies but receive little press attention.

Last summer, Trader Joe’s settled a case after it was accused by the EPA of allowing a potent greenhouse gas to escape from its refrigerators. The grocery store chain agreed to pay a $500,000 penalty and spend $2 million on new pollution controls.

Cutting the EPA’s enforcement budget would increase pressure on local and state governments to enforce environmental laws — something they can’t always do for financial reasons, or don’t want to do for political ones.

“Federal budget cuts puts pressure on the states to fill the gap,” said Emily Hammond, a professor at the George Washington University Law of School focused on environmental and energy issues.

“The problem is that many states are already strapped for enforcement resources,” Hammond said. “The costs of such an approach are increased cross-state pollution problems, hot spots of increased environmental harm, and a lack of uniformity in policy development that undermines forward-thinking states' efforts at environmental protection.”

Share This Blog Post: If you would like to share this blog post, go back to the original shorter version of this posting and look to lower right for the large green Share button.
Sign Up for Free Global Warming Blog  RSS feed by
clicking here.
To View Our: current positions, opinions, agreement or disagreement with this blog article or its facts, click here.
Donate to help end Global Warming