PREPARING FOR THE INEVITABLE SEA-LEVEL RISE... 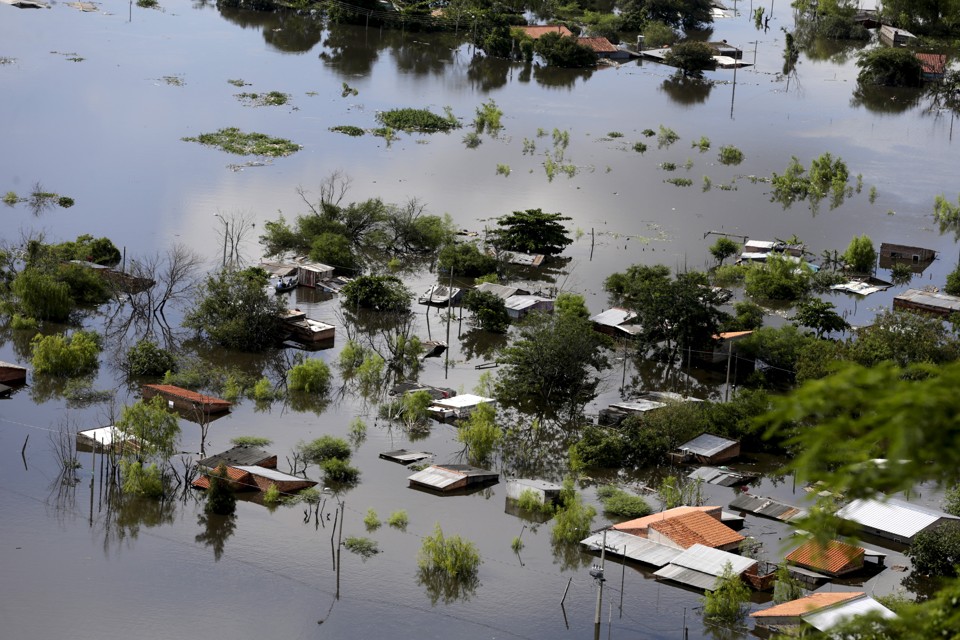 Scientists are struggling to figure out the timeline for how climate change will affect vulnerable waterfront communities...

Between 1901 and 2010, global sea levels rose an average of 0.19 meters, or roughly seven inches. Over the next century, they’ll continue to rise—but at this point, that’s one of the few things scientists know for certain. Less understood is how fast they’ll rise, or where in the world these changes will be the most pronounced—information that will be crucial in helping coastal communities adapt to climate change.

“This is the burning question,” said Andrea Dutton, an assistant professor of geology at University of Florida. “How quickly will the sea levels rise, and by how much?”

To figure it out, Dutton and other scientists across the United States are studying sea-level changes dating back 125,000 to 400,000 years ago, when global mean temperatures were 1.5 or two degrees Celsius higher than they are today. In some cases, the global mean sea levels during these eras peaked at 20-30 feet above present rates.

According to the Intergovernmental Panel on Climate Change (IPCC), the planet is likely to reach those temperatures again by 2100—which means understanding the past millennia could help researchers determine how best to protect vulnerable areas from the rising tides.

The IPCC estimates a maximum 2.69-foot increase over the next hundred years or so, though other estimates are as high as three or four feet. In the meantime, some places have already begun to feel the impact. In southeast Florida, for example, four counties—including Miami Dade and Palm Beach—have formed a coalition called the Southeast Florida Regional Compact to develop strategies for problems like nuisance flooding, land subsidence, and saltwater intrusion into fresh water sources. Similar local efforts are taking place in the communities surrounding the Chesapeake Bay, and in other flooding hotspots around the country.

“People are demanding more regionalized information because local communities are being affected,” said Benjamin Kirtman, a professor of atmospheric sciences at the University of Miami. “The regional effects are very tricky, particularly here.”

But regional research will have to account for events with global implications:, including the likely eventual break-up, or deglaciation, of the West Antarctic ice sheet and the melting of Greenland. And right now, scientists don’t have the data to understand how the changes in these massive ice sheets will affect sea levels worldwide, says Richard Alley, a glaciologist at Pennsylvania State University.

“Whether a cliff is going to crumble or not is a hard thing to say.”

Scientists have approximated that the collapse of the West Antarctic ice sheet alone could lead to a rise in global sea levels by up to 11 feet. Alley has modeled scenarios in which warming temperatures led the ice sheet to “develop unstable cliffs and fracture rapidly, leading to rapid ice-sheet loss and sea-level rise.” He compares the phenomenon to a fragile sand dune, susceptible to collapse.

“Not much research has been available to the IPCC on this topic. The uncertainties are large," said Alley. “Whether a cliff is going to crumble or not is a hard thing to say.”

Putting together a complete picture of past different warm periods, ranging from about 11,700 to 5.3 million years ago, is no easy task, either. These eras, though distinct, all share certain commonalities, like temperatures and atmospheric carbon-dioxide levels on par with what we’re experiencing today.

Ben Horton, a professor of marine and coastal sciences at Rutgers University, co-authored an article with Dutton and others in Science last summer about sea-level rise during these time periods.

Looking back 120,000 years, the temperature was two to three degrees Celsius higher than today’s temperature—what scientists project climate change could bring within the next century. For example, in the interglacial age 120,000 years ago, temperatures were two to three degrees Celsius higher than they are today, and sea levels were three to nine meters higher. Scientists project that within the next century, climate change could bring current temperatures up to levels on par with this period.

Dutton recently received funding from the National Science Foundation to assess the rates of sea level rise around 125,000 years ago. Her project, like most research in this field, relies not on models, but instead on aged physical evidence—in her case, coral samples collected from the Florida Keys, Mexico, and Western Australia. Since coral grows close to the sea surface, the different layers of coral fossil reflect their growth, age, and subsequently, contact with the ocean.

This ocean life can help “serve as a record for where sea level was,” said Dutton.

“We can measure the rates of sea level rise and see: Was it a gradual process, or did it jump quickly? Was it stable?” she said. “Part of the question is, did [this rise] happen in 1,000 years or less,” she continued. “We want to get it down to plus or minus 50 years, but we might not be able to resolve anything less than that.”

Though sea level is a local issue, Australia’s particular topographical dynamics during this time period would help it stand as an estimate for a global average.

Maureen Raymo, a professor at Columbia University’s Lamont-Doherty Earth Observatory, studies the climate systems of past warm periods, including the Pliocene era (spanning 5.33 to 2.58 million years ago). She says that as climate science has come into sharper focus over the past five years, the idea of studying deep-time records has caught on within the climate-research community.

“I don’t think 10 years ago scientists realized just how quickly the potential for rapid sea level rise was,” Raymo said.

At the southern tip of the United States, meanwhile, the Miami chapter of the Southeastern Florida Compact—the local climate-change coalition composed of city officials, community members, and scientists—is laying out city plans on five-year cycles. Anything further out may be rendered irrelevant by the rising seas.

“Nobody knows what things are going to look like in 50 to 100 years,” said Nicole Hefty, who heads up Miami-Dade county’s office of sustainability. “We can speak for smaller years and adapt in that way.”

In the Chesapeake Bay area—a flat region that’s been sinking at a rate of 1.1 to 4.8 millimeters per year since the 1940s—residents have recently begun preparing for the sea rise with a local pilot project in Norfolk, Virginia. Different working groups—composed of climate scientists, citizens, and representatives from government and the private sector—will develop recommendations for zoning and construction projects with an eye on sea-level rise and storm surge.

This model could be replicated throughout the country, says Larry Atkinson, a professor at the Center for Coastal Physical Oceanography in Norfolk who consults for the pilot. But because projects like these depend on local funding and organizing, they can be challenging for some communities to develop.

Horton has used his research of past sea-level fluctuations to develop regional projections of future sea-level rise. The more he and other scientists learn about the oceans of millennia ago, he says, the more confident they can be in their predictions about the near future.

The research can also place current global warming in context, he adds. “It can show how unusual the 20th and 21st century [are], and that is very important as a public science education,” he said. “This accelerated rate of sea-level rise has not been seen for over 2,000 years.”