RARE US FLOODS TO BECOME THE NORM IF EMISSIONS AREN'T CUT, STUDY WARNS... 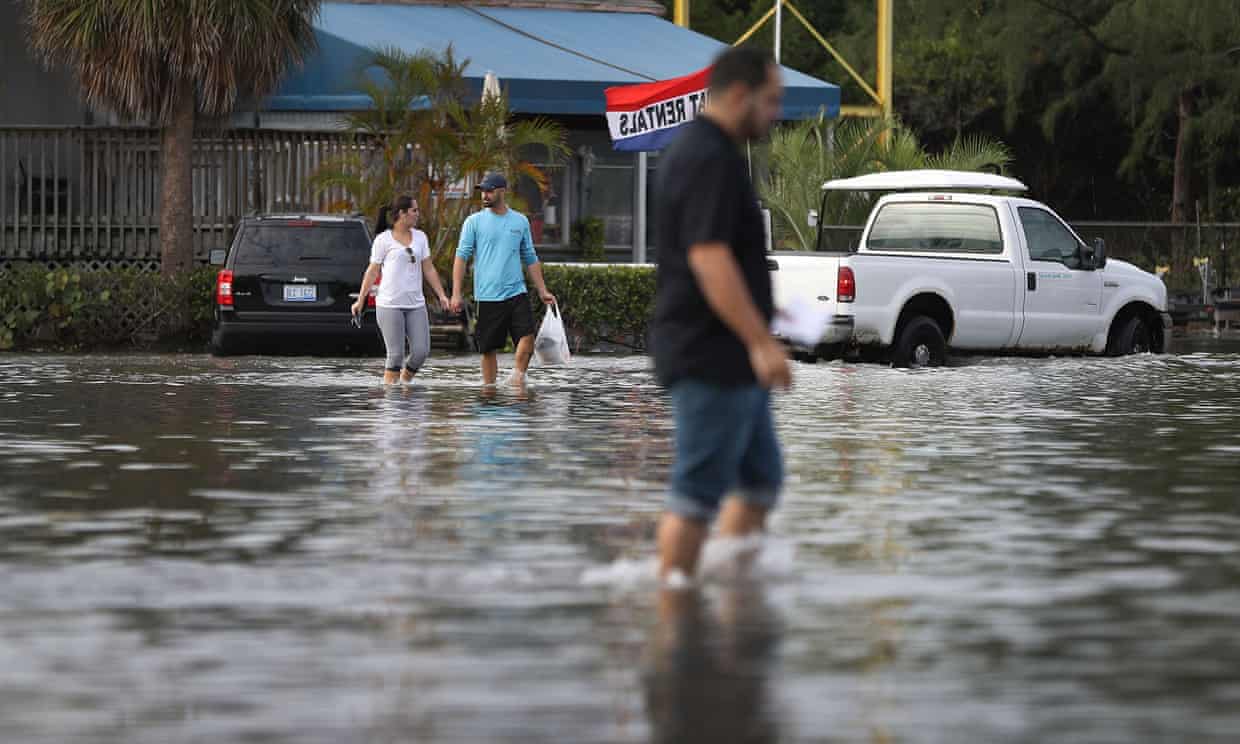 Flooding in North Miami, Florida. A 2013 World Bank study found that Miami is one of the 10 cities most at risk of damage from sea-level rise. Photograph: Joe Raedle/Getty Images

US coastal areas are set to be deluged by far more frequent and severe flooding events if greenhouse gas emissions aren’t slashed, with rare floods becoming the norm for places such as New York City, Seattle and San Diego, new research has found. 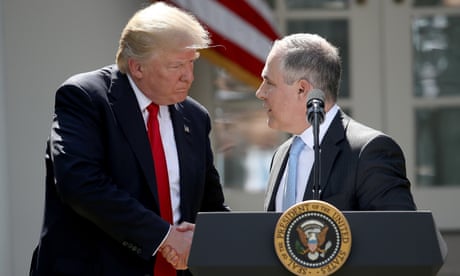 The study, undertaken by researchers from Princeton and Rutgers universities, found that along all of the US coastline, the average risk of a 100-year flood will increase 40-fold by 2050.

Such floods are statistically expected to occur only once every 100 years because of their severity, although this doesn’t mean these sort of floods never happen in consecutive years. The annual chance of such a flood is around 1%.

The research found that if emissions are not curbed, San Francisco and Seattle would both get a 100-year flood every year by 2050, while San Diego would expect 10 such events annually and Key West in Florida would be hit 11 times a year. Some of the worst affected areas would be in Hawaii, with Mokuoloe island, situated off Oahu, forecast to be deluged by 130 floods a year that are currently considered to be 100-year events.

Michael Oppenheimer, a Princeton climate scientist and co-author of the paper, added that New York City is set to get a 100-year flood every 20 years by 2050 but this frequency would leap to a large flood every other month by 2100.

“Most coastal areas will experience relatively large increases in flooding events,” he said. “A 40-fold increase on average is gigantic – cities may not be able to defend themselves. They will have to spend a lot of money or there will be quite a lot of damage.

“Many cities are already behind the eight-ball in terms of preparing for flooding. There will have to be a hard headed look at whether some areas can be defended or will have to be abandoned. Cities are only just starting to grapple with this.”

The projections are based upon “business as usual” emissions where the world does little to constrain the release of heat-trapping gases from electricity generation, transportation and other activities.

In 2013, the Intergovernmental Panel on Climate Change predicted a 1-3ft rise in sea levels by the end of the century if emissions aren’t properly addressed, although more recent research on the melting and break up of parts of west Antarctica suggests that this increase could be doubled.

Sea level rise of just a few centimeters is enough to significantly raise the risk of flooding, with the problem exacerbated by an increase in the severity of storms due to a warming, moisture-laden atmosphere.

Furthermore, parts of eastern states such as New Jersey, Virginia and Florida are gradually sinking, amplifying the extent of sea-level rise. It’s now common for places such as Atlantic City and Miami Beach to experience “sunny day” flooding, where high tides cause streets to be soaked.

The Princeton and Rutgers research found stark flooding variations along the US coast. The eastern seaboard and Gulf of Mexico coast are forecast to suffer a larger amplification of moderate floods, such as those expected every year or every 10 years, rather than more severe floods.

The Pacific coast, meanwhile, is set to experience more of the rarer events, such as 500-year floods. There has been a recent spike in 500-year floods, according to the National Oceanic and Atmospheric Administration (Noaa), such as the disaster that befell Louisiana last summer. Storms of the magnitude of Hurricane Sandy, which hit New York in 2012, also bring floods expected once in every 500 years, or more.

Lead author Maya Buchanan, from Princeton University, said coastal flooding is “responsible for loss of life and property, as well as long-term damage to local and regional economies and municipal services.”

Buchanan added that working out the future frequency of flooding is “particularly important because coastal infrastructure management, federal flood insurance, and flood risk communications are typically tied to estimates of flood return periods.”

In January, Noaa, along with several other federal agencies and universities, predicted that the oceans could rise by an average of more than 8ft by 2100 under the worst-case climate scenario. This is around 20 inches more than a previous federal estimate published in 2012. The best case scenario is now an average of about a foot in sea level rise.

Rising sea levels could displace millions of Americans this century, with US coastal cities badly situated for the looming crisis. In 2013, the World Bank said that of the 10 cities around the globe most at risk of damage from sea-level rise, half are in the US – Miami, New York, New Orleans, Tampa and Boston.

The scale of the global challenge posed by sea level rise was outlined in a study from the University of Illinois at Chicago last month, with researchers predicting there will be doubling in the frequency of severe coastal flooding.

The research found that cities in Brazil and western Africa were particularly vulnerable, as well as small Pacific islands. Climate change is causing the seas to rise by around 3.5mm a year, as the ice caps melt and oceans warm and expand.