REGREENING THE PLANET COULD CUT AS MUCH CARBON AS HALTING OIL USE – REPORT... 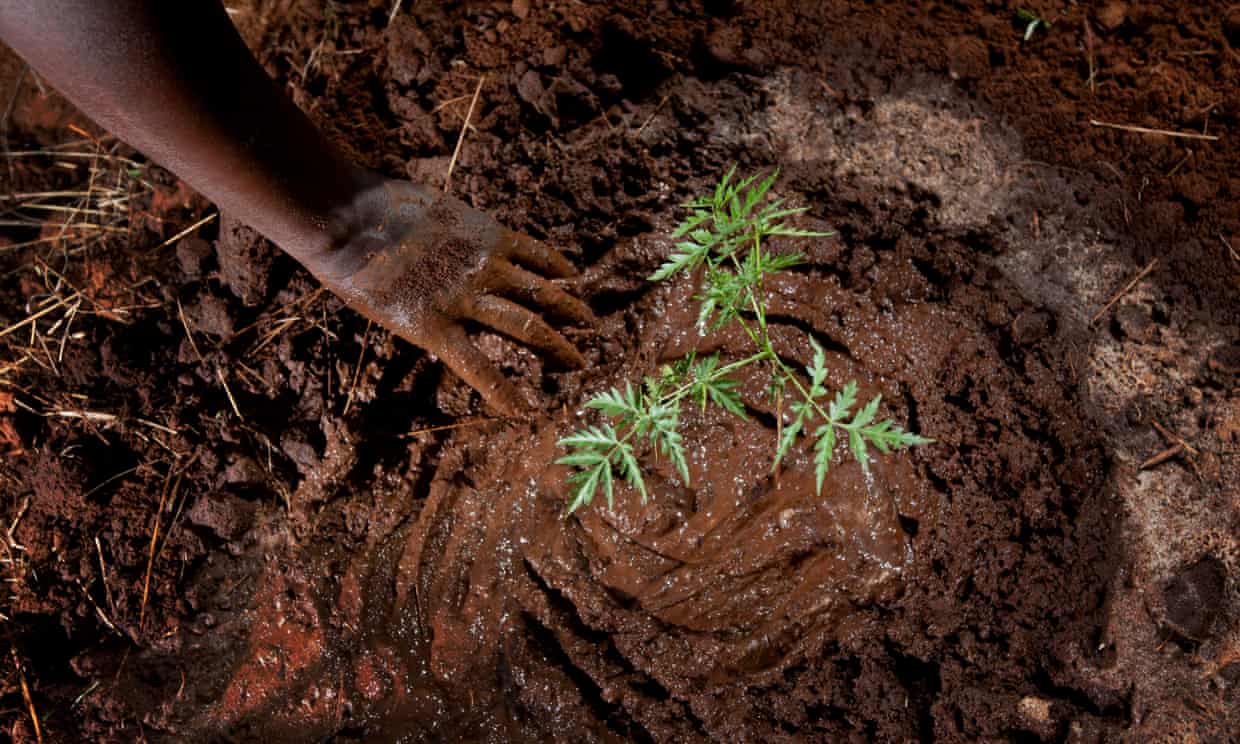 Planting trees is one of the best ways to harness the power of nature to cut carbon emissions, says study. Photograph: Ben Curtis/AP

Natural solutions such as tree planting, protecting peatlands and better land management could account for 37% of all cuts needed by 2030, says study...

Planting forests and other activities that harness the power of nature could play a major role in limiting global warming under the 2015 Paris agreement, an international study showed on Monday.

Natural climate solutions, also including protection of carbon-storing peatlands and better management of soils and grasslands, could account for 37% of all actions needed by 2030 under the 195-nation Paris plan, it said.

Combined, the suggested “regreening of the planet” would be equivalent to halting all burning of oil worldwide, it said.

“Better stewardship of the land could have a bigger role in fighting climate change than previously thought,” the international team of scientists said of findings published in the US journal Proceedings of the National Academy of Sciences.
The estimates for nature’s potential, led by planting forests, were up to 30% higher than those envisaged by a UN panel of climate scientists in a 2014 report, it said.

Trees soak up heat-trapping carbon dioxide as they grow and release it when they burn or rot. That makes forests, from the Amazon to Siberia, vast natural stores of greenhouse gases.

The Paris climate agreement, weakened by US president Donald Trump’s decision in June to pull out, seeks to limit a rise in global temperature to “well below” 2C above pre-industrial times.

“Fortunately, this research shows we have a huge opportunity to reshape our food and land use systems,” Paul Polman, CEO of Unilever, said in a statement of Monday’s findings.

Climate change could jeopardise production of crops such as corn, wheat, rice and soy even as a rising global population will raise demand, he said.

The study said that some of the measures would cost $10 a tonne or less to avert a tonne of carbon dioxide, with others up to $100 a tonne to qualify as “cost-effective” by 2030.

“If we are serious about climate change, then we are going to have to get serious about investing in nature,” said Mark Tercek, chief executive officer of The Nature Conservancy, which led the study.