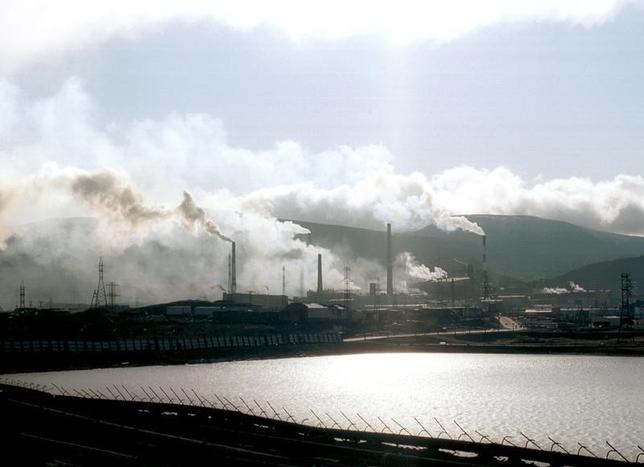 Grey plumes of toxic dust from giant nickel smelters in the Siberian city of Norilsk are carried by Arctic winds as far away as Canada and Scandinavia, September 27, 2003. Reuters

The unreported sources of toxic sulfur dioxide emissions are clusters of coal-burning power plants, smelters and oil and gas operations in the Middle East, Mexico and Russia that were found in an analysis of satellite data from 2005 to 2014, NASA said in a statement on Wednesday.

The analysis also found that the satellite-based estimates of the emissions were two or three times higher than those reported from known sources in those regions, NASA said.

Environment and Climate Change Canada atmospheric scientist Chris McLinden said in a statement that the unreported and underreported sources accounted for about 12 percent of all human-made emissions of sulfur dioxide.

The discrepancy could have "a large impact on regional air quality," said McLinden, the lead author of the study published in Nature Geosciences.

A new computer program and improvements in processing raw satellite observations helped researchers at NASA; the University of Maryland, College Park; Dalhousie University in Halifax, Nova Scotia; and Environment and Climate Change Canada detect the pollution, according to the U.S. space agency.

The researchers also located 75 natural sources of sulfur dioxide in the form of non-erupting volcanoes that are slowly leaking the toxic gas.

Although the sites are not necessarily unknown, many volcanoes are in remote locations and not monitored, so the satellite-based data is the first to provide regular annual information on these volcanic emissions, NASA said.