RISING SEAS MAY WIPE OUT THESE JERSEY TOWNS, BUT THEY'RE STILL RATED AAA... 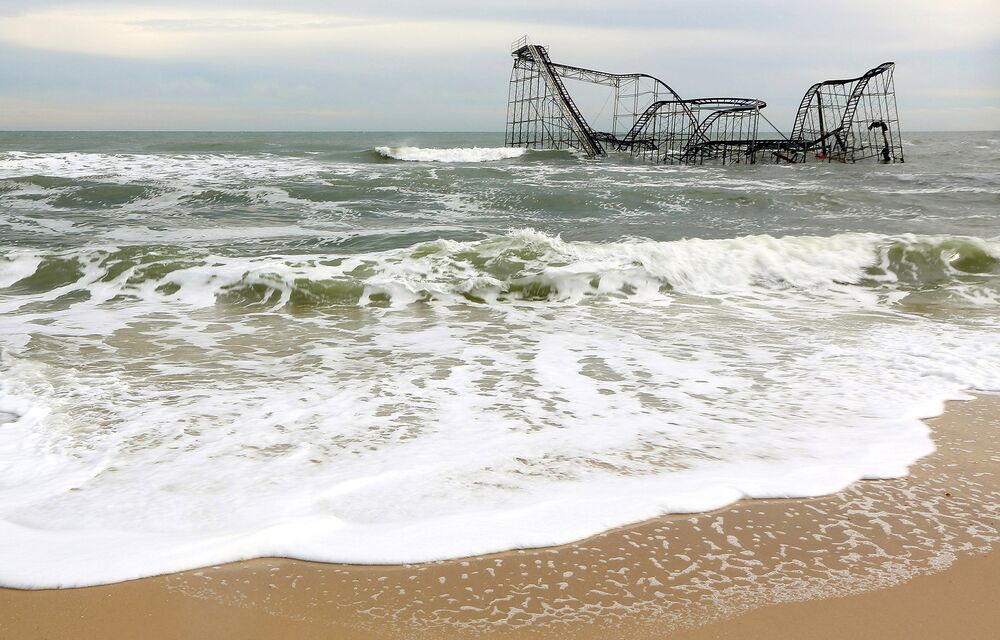 Few parts of the U.S. are as exposed to the threats from climate change as Ocean County, New Jersey. It was here in Seaside Heights that Hurricane Sandy flooded an oceanfront amusement park, leaving an inundated roller coaster as an iconic image of rising sea levels. Scientists say more floods and stronger hurricanes are likely as the planet warms...

Yet last summer, when Ocean County wanted to sell $31 million in bonds maturing over 20 years, neither of its two rating companies, Moody’s Investors Service or S&P Global Ratings, asked any questions about the expected effect of climate change on its finances. 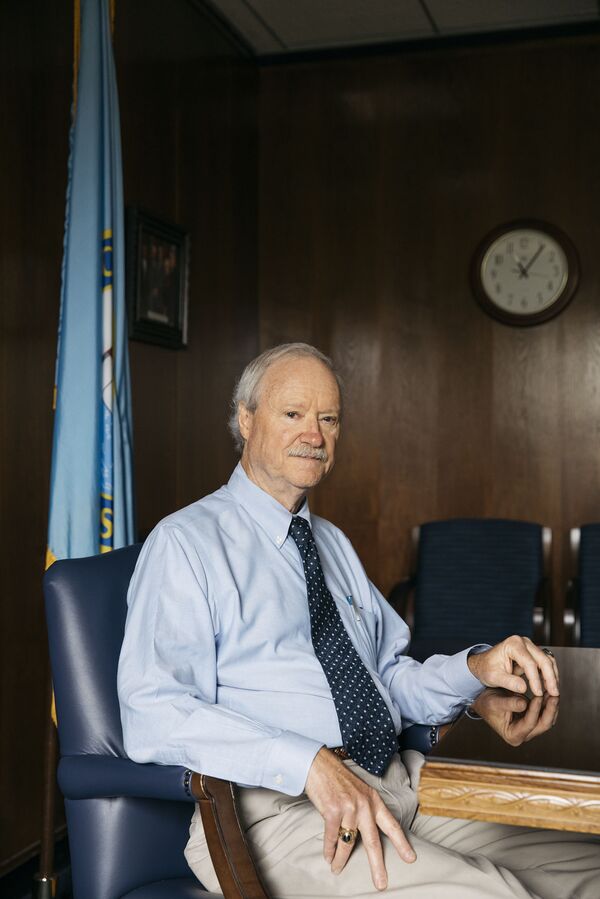 "It didn’t come up, which says to me they’re not concerned about it," says John Bartlett, the Ocean County representative who negotiated with the rating companies. Both gave the bonds a perfect triple-A rating.

The same rating companies that were caught flat-footed by the downturn in the mortgage market during the global financial crisis that ended in 2009 may be underestimating the threat of climate change to coastal communities. If repeated storms and floods are likely to send property values -- and tax revenue -- sinking while spending on sea walls, storm drains or flood-resistant buildings goes up, investors say bond buyers should be warned.

"They are supposed to identify risk to investors," said Eric Glass, a fixed-income portfolio manager at Alliance Bernstein, a New York investment management firm that handles $500 billion in assets. "This is a material risk."

Breckinridge Capital Advisors, a Boston-based firm specializing in fixed-income investments, is already accounting for those risks internally: Last year, it downgraded a borrower in Florida due to climate risk, citing the need for additional capital spending because of future flooding.

Rob Fernandez, its director of environmental, social and governance research, said rating companies should do the same. "Either incorporate these factors, or, if you say that you are, tell us how you’re doing it," he said. 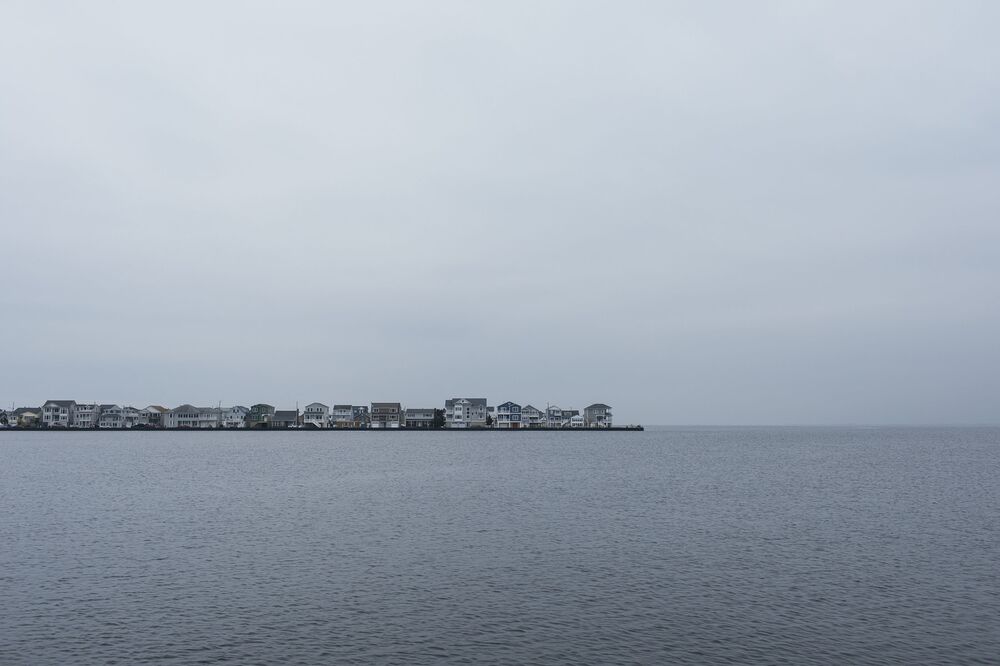 S&P and Moody’s say they’re working on how to incorporate the risk to bonds from severe or unpredictable weather. Moody’s released a report about climate impacts on corporate bond ratings last November and is preparing a similar report on municipal bonds now.

"Some of these disasters, it’s going to sound callous and terrible, but they’re not credit-negative," Amy Laskey, managing director for the local government group at Fitch, said in an interview. "They rebuild, and the new facilities are of higher quality and higher value than the old ones."

For more than a century, rating companies have published information helping investors gauge the likelihood that companies and governments will be able to pay back the money they borrow. Investors use those ratings to decide which bonds to buy and gauge the risk of their portfolio. For most of that time, the determinants of creditworthiness were fairly constant, including revenue, debt levels and financial management. And municipal defaults are rare: Moody’s reports fewer than 100 defaults by municipal borrowers it rated between 1970 and 2014.

Climate change introduces a new risk, especially for coastal cities, as storms and floods increase in frequency and intensity, threatening to destroy property and push out residents. That, in turn, can reduce economic activity and tax revenue. Rising seas exacerbate those threats and pose new ones, as expensive property along the water becomes more costly to protect -- and, in some cases, may get swallowed up by the ocean and disappear from the property-tax rolls entirely.

Just as a shrinking auto industry slowly crippled Detroit, leading to an exodus of residents and, eventually, its bankruptcy in 2013, other cities could face the accumulating risks of storms or floods -- and then suddenly encounter a crisis.

"One of the first questions that we’re going to ask when confronted with an issuer along the coast of Texas, or on the coast of Florida, is: How are you going about addressing, mitigating the impacts of climate change?" Glass, Alliance Bernstein, said. And if local officials don’t have a good answer to that question, he added, "We will not invest, period."

When asked by Bloomberg, none of the big three bond raters could cite an example of climate risk affecting the rating of a city’s bonds.

Kurt Forsgren, a managing director at S&P, said its municipal ratings remain "largely driven by financial performance." He said the company was looking for ways to account for climate change in ratings, including through a city’s ability to access insurance.

Henry Shilling, Moody’s senior vice president for environment, social and governance risks, said the company is planning to issue a report this summer that explains how it will incorporate climate change into its municipal ratings. "It’s a bit of a journey," he said. 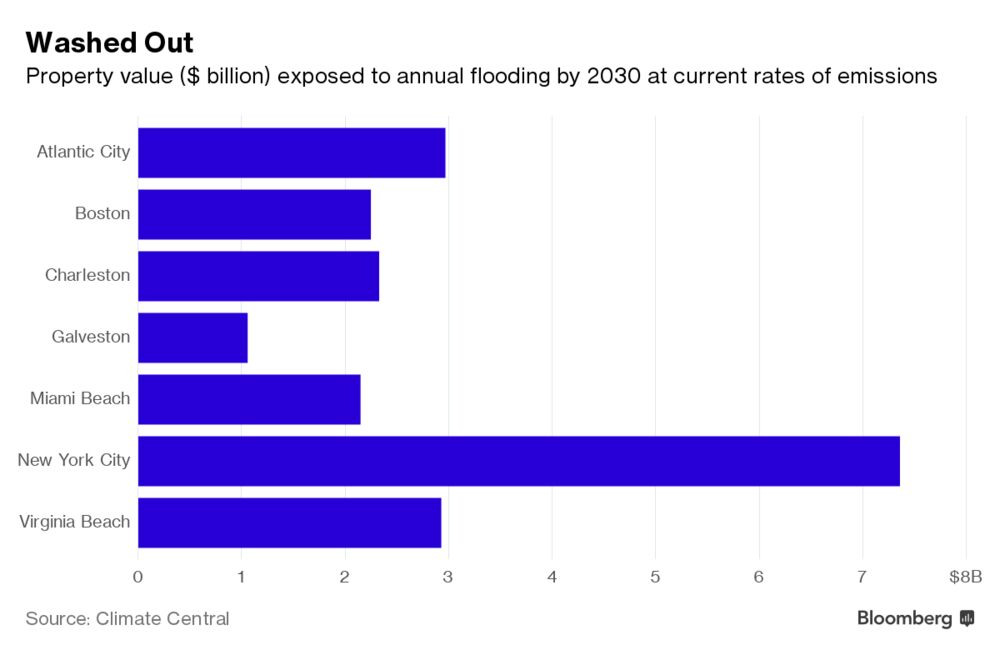 The threat isn’t limited to smaller cities. The World Bank called Boston one of the 10 cities globally that are most financially exposed to flooding. But in March, when Boston issued $150 million in bonds maturing over 20 years, Moody’s and S&P each gave those bonds top ratings.

Of course, predictions are hard, especially about the future. While scientists are generally united about the science of climate change, its pace remains uncertain. And what all of that will mean for communities and their likelihood of paying back bonds is not a simple calculation. Ocean County continued to pay back its current debt load after Sandy, and will still have a lot of oceanfront property if its current coast is swamped. The oceanfront just won’t be in the same place.

The storms or floods "might be so severe that it’s going to wipe out the taxation ability," said Bob Buhr, a former vice president at Moody’s who retired last year as a director at Societe Generale SA. "I think this is a real risk."

In May 2016, 117 investors with $19 trillion in assets signed a statement calling for credit ratings to include "systematic and transparent consideration" of environmental and other factors. Signatories also included rating companies from China, the U.S. and elsewhere, including Moody’s and S&P.

Laskey, of Fitch, was skeptical that rating companies could or should account for climate risk in municipal ratings.

"We’re not emergency-preparedness experts," she said in a phone interview. "Unless we see reason to think, ‘Oh, they’re not paying attention,’ we assume that they’re competent, and they’re doing what they need to do in terms of preparedness."

That view is at odds with the picture painted by engineers, safety advocates and insurers. Timothy Reinhold, senior vice president for research at the Insurance Institute for Business & Home Safety, a group funded by insurers, said local officials aren’t doing enough to prepare for the threats of climate change.

"While most coastal communities and cities have weather-related disaster response plans, many older, existing structures within these communities are not as durable, or as resilient as they could and should be," Reinhold wrote in an email.

The types of actions that cities could take to reduce their risk -- including tougher building codes, fewer building permits near the coast and buying out the most vulnerable properties -- are politically fraught. And the benefits of those policies are typically years away, long after today’s current leaders will have retired.

The weakness of other incentives leaves the risk of a credit downgrade as one of the most effective prompts available to spur cities to deal with the threat, according to Craig Fugate, director of the Federal Emergency Management Agency under President Barack Obama.

"They need cheap money to finance government," Fugate said in a phone interview. If climate considerations meant higher interest rates, "not only will you have their attention. You’ll actually see changes."

Fugate also said rating companies were wrong to assume that cities are well prepared for climate change, or that their revenue will necessarily recover after a natural disaster.

As an example, he cited the case of Homestead, a city south of Miami that bore the worst damage from Hurricane Andrew in 1992. The city’s largest employer, Homestead Air Force Base, was destroyed in the storm; rather than rebuild it, the federal government decided to include the facility in its base closures.

Fugate said climate change increases the risk that something similar could happen to other places along the coast -- and they won’t ever be able to bounce back as Homestead eventually did.

"If that tax base does not come back," he warned, "they cannot service their debt." Asked about rating companies’ insistence that such risks are remote, Fugate scoffed. "Weren’t these the same people telling us that the subprime mortgage crisis would never happen?"