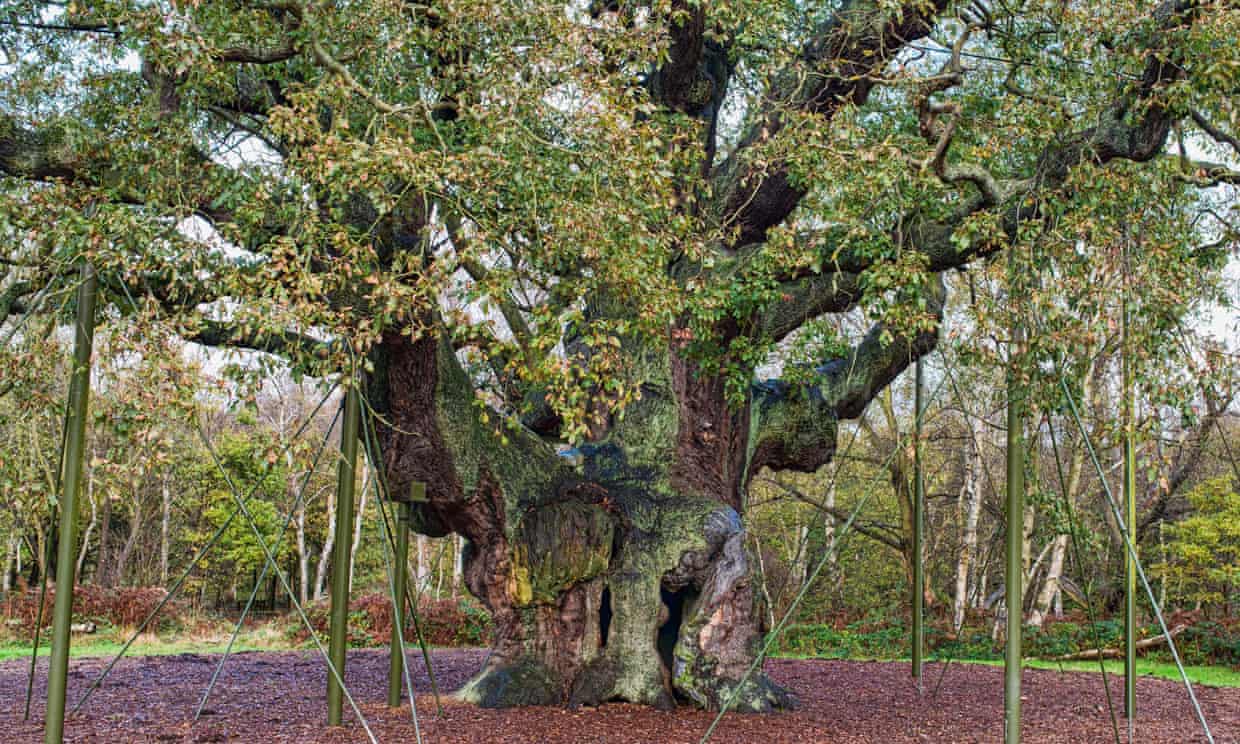 Major Oak in Sherwood Forest country park, Nottinghamshire, was voted England’s tree of the year in 2014. According to folklore the tree sheltered Robin Hood and his merry men. Photograph: Phil Lockwood/Woodland Trust/PA

Ineos to conduct seismic survey for shale gas and could be working within 200m of the 1,000-year-old tree Major Oak, documents reveal...

The latest battleground for the future of fracking in Britain looks set to be Sherwood Forest, the legendary home of folk hero Robin Hood and now the target of a seismic survey by Ineos.

The chemical multinational, which relocated its headquarters back to the UK last month, appears to have agreed terms with the Forestry commission to start burying charges and spend up to two years using “thumper trucks” or vibroseis machines to search for shale gas.

Campaigners have called on the government to block any possible fracking and protect the forest.

According to documents obtained under freedom of information request by Friends of the Earth, Ineos could be working within 200 metres of the Major Oak, a 1,000-year old tree that in folklore sheltered Robin Hood and his merry men.

Commercial fracking has yet to start in Britain, although Ineos and other firms have obtained licences from the government for shale gas exploration. The technology has been deeply controversial since tests conducted by Cuadrilla in 2011 caused earth tremors near Blackpool, but fracking operations are expected to restart in five wells in Yorkshire and Lancashire later this year.

A small protest camp has been established at Kirby Misperton, North Yorkshire, at one of the wells where gas firm Third Energy has been given permission to start fracking.

Guy Shrubsole, a Friends of the Earth campaigner, said he expected the move to search for shale gas under Sherwood Forest to become a new rallying point. He said: “I can’t think of anything more iconic in the English mindset to go for. You’d have thought they’d have learnt from the mistakes of some of the other fracking companies to avoid it, but they’ve gone straight for it.”

Ineos told the Daily Telegraph that no decision had been made on whether fracking would go ahead under the national nature reserve, adding that “any decision to position a well site will take into account environmental features such as the Major Oak”. 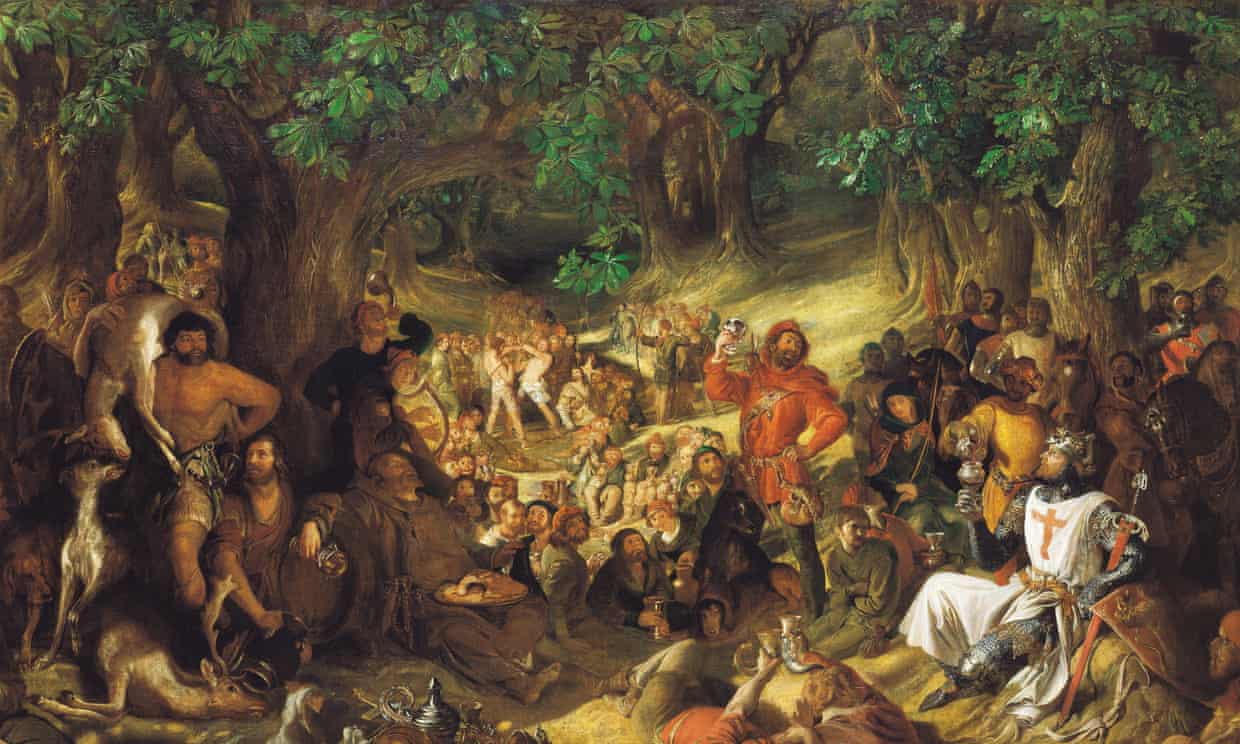 Robin And Richard circa 1195: Robin Hood and his Merry Men entertain King Richard the Lionheart in Sherwood Forest, upon his return from the Crusades. Painted in 1839. Photograph: Daniel Maclise/Fine Art Photographic/Getty Images

The firm’s shale operations director, Tom Pickering, said: “Potentially we in the UK have a huge supply of indigenous gas under our own feet. It would be simply crazy not to explore this natural resource.”

However, Friends of the Earth fear that the seismic surveys alone could damage the forest, whose core is a site of special scientific interest, and its wildlife, which include rare bats and other protected species as well as ancient woodland. The Forestry commission has mandated that Ineos plants its charges at least 50 metres away from badgers’ setts and conservation sites.

Ineos is a relatively new player in fracking, but was one of the big winners in the governmental handout of exploration licences, winning 21 of 159 awarded a year ago.

The firm, founded by Jim Ratcliffe and with 17,000 employees worldwide, was welcomed back to the UK by the government last month as a “vote of confidence in the UK economy”, as it promised a $2bn (£1.6bn) investment in businesses including shale gas.

Other moves by Ineos to conduct fracking surveys in Nottinghamshire have been rebuffed. The National Trust refused the firm permission to conduct surveys in Clumber Park, a few miles to the north of the forest.