SAVOR THIS MOMENT, CLIMATE ACTIVISTS. NEXT YEAR IS GOING TO GET UGLY...

The Paris deal is the last moment of hope we'll see in a long time...

On Saturday, December 12, thousands of onlookers in a Paris suburb witnessed the rarest moment in the fight against climate change. A hall full of officials, activists, and experts were cheering and hugging one another after representatives from nearly 200 countries reached the first meaningful agreement on greenhouse gas emissions, ever. The achievement didn’t come easy, but the Paris climate conference gave many in the climate-change movement a sense of optimism that’s eluded it for decades.

The post-Paris optimism will give way to worry and doubt once again, as countries send mixed signals about their commitment to the deal. -Rebecca Leber

It was also the last moment of uncomplicated optimism the movement will see for some time. Expectations were high before Paris, which had been billed as a turning point and guided the decision-making of world leaders and activists for the preceding months—or even years. President Barack Obama, for instance, began rallying domestic and international support as early as 2013, when he began describing climate change as a central part of his second-term agenda.

Next year, those high expectations will come crashing down. Reaching an international climate deal was hard, but it will be even harder for countries—including the U.S.—to meet their climate pledges. The post-Paris optimism will give way to worry and doubt once again, as countries send mixed signals about their commitment to the deal.

In fact, those signals have already begun. Two days after the adopted agreement, Indian officials ensured that it wouldn’t change their calculus for investing heavily in coal in the near future. India will still double its coal reliance, and “our dependence on coal will continue,” Anil Swarup, the top bureaucrat in the coal ministry, told Reuters. “There are no other alternatives available.” Japan and South Korea, two of the most developed nations in Asia, admitted the day after that their plans to build 60 new coal-fired power plans will continue as if nothing happened. “Our stance on new coal plants is unchanged,” one official said.

India’s decision to double down on coal isn’t a surprise; the country promised all along that its top priority is to bring electricity to more citizens. But if other developed nations like coal-reliant Australia and oil-rich Canada favor similar short-term gain, it would spell disaster for the goals laid out at Paris. The world has enough coal reserves to last more than 65 years, according to Bank of America analysts, and half of it would need to be left alone to prevent the worst-case scenarios for global warming.

But no decision was more hypocritical after Paris than the U.S.’s decision this month to lift a 40-year-old ban on exporting crude oil, as Congress struck a bipartisan deal delivering the oil industry’s top priority for 2015. In exchange, Democrats saw wind and solar tax credits renewed for five years. Obama, while “not wild about everything in” the omnibus, signed it because he said it “invests in our military and the middle class.”

No one is entirely certain what the new policy will mean for global emissions. Environmental activists argue that the ban creates a bottleneck of crude oil at U.S. refineries, thereby slowing down production. At The Week, Jeff Spross writes, “The worst case scenario is that it would add 1 percent or more to annual emissions. That may not seem like much, but every little bit counts.” Others, including California Senator Barbara Boxer, claim that the wind and solar credit extension is the bigger deal, saying they “would eliminate over 10 times more carbon emissions than lifting the oil export ban would create.” (Her office did not respond to my request for her source for that statistic. Others believe that the impact of tax credits and oil exports could be a wash.) Massachusetts Senator Ed Markey had another view: “It will be a disaster for our economy, for the climate, for our national security, for our consumers.”

A bigger uncertainty, though, is the Paris deal’s impact on oil and gas prices, which continue to fall. On the one hand, cheap natural gas is beginning to displace coal as the top source for electricity generation, while also dissuading energy companies from pursuing plans to refine Canada’s tar sands. But cheap oil and gas also discourage energy efficiency and slow the transition to cleaner cars.

Finally, the Paris agreement depends on countries keeping their promises on clean energy and international finance. If a Republican wins the White House in 2016, the deal might as well be thrown out. Even if a Democrat wins the general election, the GOP will have attacked the Paris accord for 11 straight months, which might cast doubt on the U.S.’s ability to. If the U.S. broke its Paris commitments, India and Brazil surely would, too.

Paris was not worthless. The world is in much better shape than it was before. But given the above factors, it’s much too soon to celebrate this month’s deal as a transformational moment in the fight against climate change. Barring radical changes in American policy, like instituting a tax on carbon, market forces and domestic politics will still be more influential than a symbolic document ever could be. So enjoy the optimism while it lasts. Next year, the pessimists will be back in full force.

Rebecca Leber is a staff writer at the New Republic. 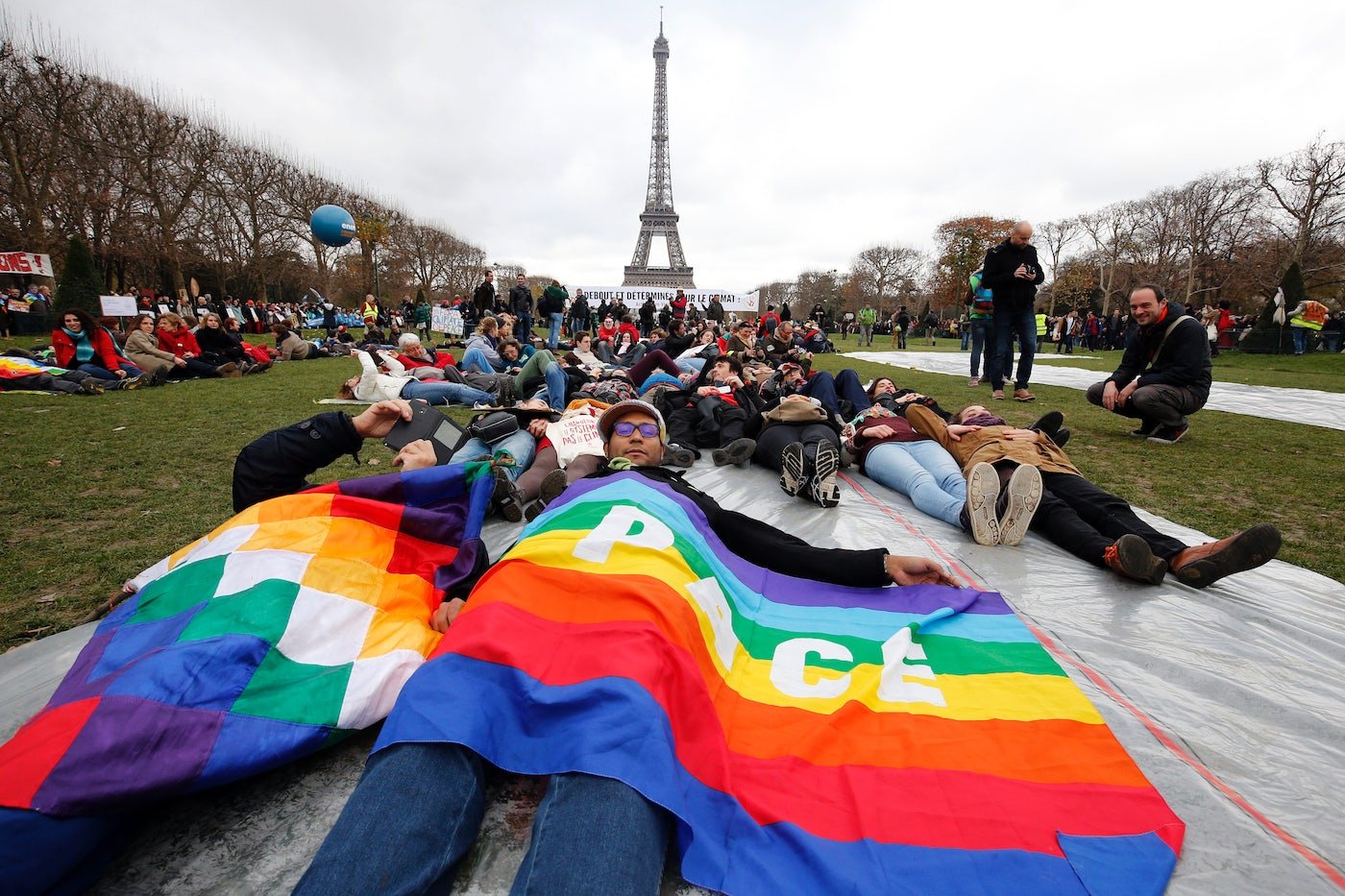