SCIENCE SAYS: WHY THERE’S A BIG CHILL IN A WARMER WORLD... 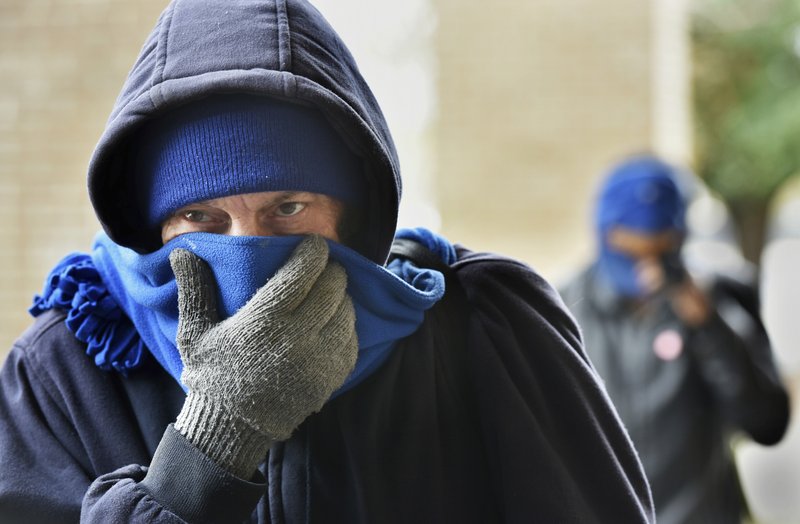 WASHINGTON (AP) — Anchorage, Alaska, was warmer Tuesday than Jacksonville, Florida. The weather in the U.S. is that upside down...

That’s because the Arctic’s deeply frigid weather escaped its regular atmospheric jail that traps the worst cold. It then meandered south to the central and eastern United States.

And this has been happening more often in recent times, scientists say...

WHY IS IT SO COLD?

Super cold air is normally locked up in the Arctic in the polar vortex , which is a gigantic circular weather pattern around the North Pole. A strong polar vortex keeps that cold air hemmed in.

“Then when it weakens, it causes like a dam to burst,” and the cold air heads south, said Judah Cohen, a winter storm expert for Atmospheric Environmental Research, a commercial firm outside Boston.

“This is not record-breaking for Canada or Alaska or northern Siberia, it’s just misplaced,” said Cohen, who had forecast a colder than normal winter for much of the U.S.

Yes, but more for how long — about 10 days — the cold has lasted, than how cold it has been. On Tuesday, Boston tied its seven-day record for the most consecutive days at or below 20 degrees that was set exactly 100 years ago.

More than 1,600 daily records for cold were tied or broken in the last week of December, according to the National Oceanic and Atmospheric Administration. For Greg Carbin of the National Weather Service’s Weather Prediction Center, the most meaningful statistics are how last week’s average temperature was the second coldest in more than a century of record-keeping for Minneapolis, Chicago, Detroit and Kansas City, third coldest in Pittsburgh and fifth coldest in New York City. 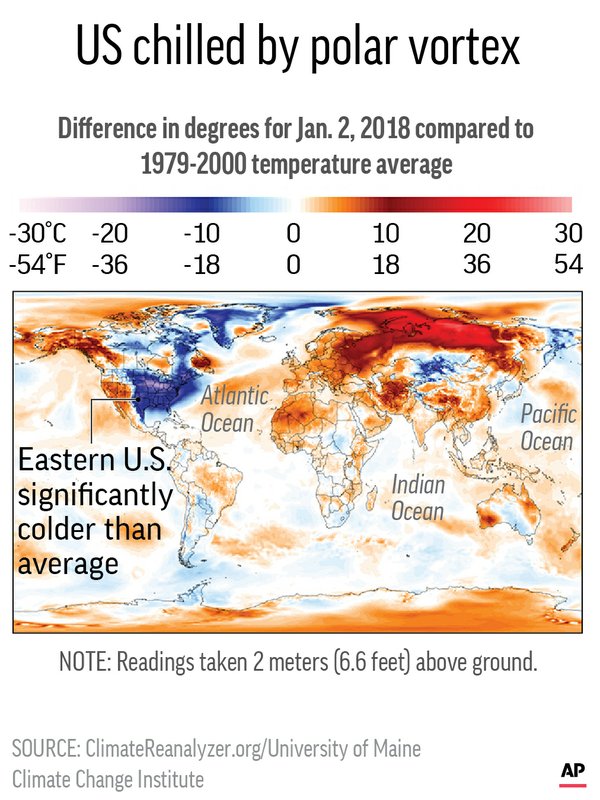 The cold will continue and could actually worsen for much of the East Coast this weekend because of a monster storm that’s brewing in the Atlantic and Caribbean, what meteorologists are calling a “snow hurricane” or “bomb cyclone.”

But forecasters don’t think the storm will hit the East Coast, keeping most of the snow and worst winds over open ocean, although parts of the Northeast are still likely to get high winds, waves and some snow.

“For the Northeast, this weekend might be the coldest of the coldest with the storm,” said Jason Furtado, a University of Oklahoma meteorology professor. “We could be ending (the cold snap) with a big hurrah.” 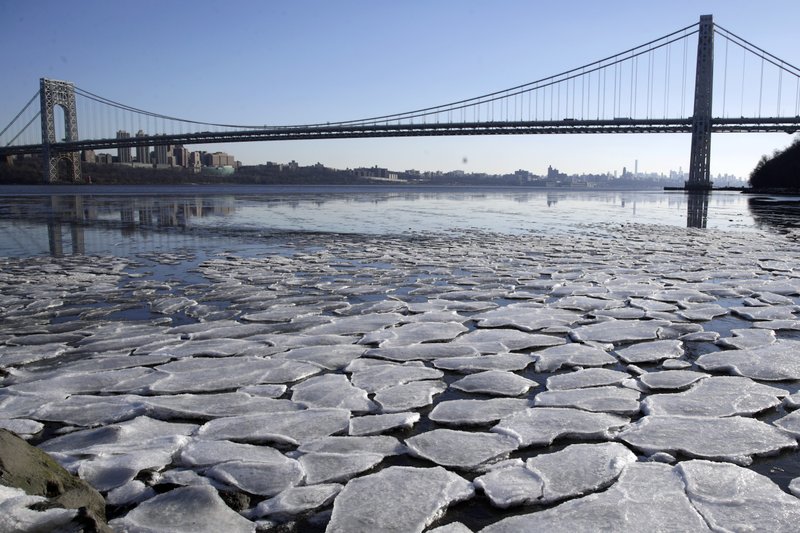 Ice floats along the banks of the Hudson River in Fort Lee, N.J. (AP Photo/Julio Cortez)

WHAT MAKES THE POLAR VORTEX MOVE?

A recent study by Potsdam Institute climate scientist Marlene Kretschmer found the polar vortex has weakened and meandered more often since 1990, but that study focused more on Europe. Ongoing research shows that there seems to be a similar connection for more frequent Arctic cold snaps like what the U.S. is now experiencing, Kretschmer said.

HOW CAN IT BE SO COLD WITH GLOBAL WARMING?

Don’t confuse weather — which is a few days or weeks in one region — with climate, which is over years and decades and global. Weather is like a person’s mood, which changes frequently, while climate is like someone’s personality, which is more long-term, Furtado said.

“A few cold days doesn’t disprove climate change,” Furtado said. “That’s just silly. Just like a couple down days on the stock market doesn’t mean the economy is going into the trash.”