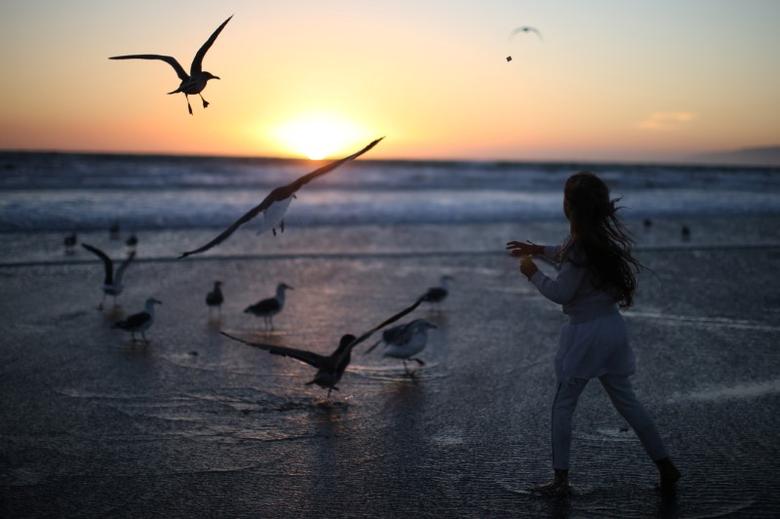 Scientists have found 500 seabed vents bubbling methane into the Pacific Ocean off the United States, roughly doubling the number of known U.S. seeps of the powerful greenhouse gas, a study showed on Wednesday...

Methane naturally escapes from the sea floor in many places around the world and can stoke global warming if it reaches the atmosphere. Worldwide, scientists are trying to see if rising ocean temperatures cause more leaks.

"It appears that the entire coast off Washington, Oregon and California is a giant methane seep," Robert Ballard, who is famed for finding the wreck of the Titanic and has now discovered the 500 new seeps, said in a statement.

"The discoveries double to about 1,000 the number of such vents now known to exist along the continental margins of the USA," the statement said.

Nicole Raineault, Director of Science Operations with Ballard's Ocean Exploration Trust, said it was unknown how long the seeps had been active, what triggered them and how much, if any, of the gas reached the atmosphere.

Gunnar Myhre, an expert at the Center for International Climate and Environmental Research in Oslo, said research in Arctic waters off Norway's Svalbard archipelago indicated that most seabed methane there dispersed in the water.

And when seeps are found "it's most likely that they've been occurring for a long time," he told Reuters. No one has had technology to map seeps until recent decades.

About 100 experts will meet on Oct. 20 and 21 for a U.S. National Ocean Exploration Forum in New York, hosted by The Rockefeller University in partnership with Monmouth University.

The scientists hope to promote more research into marine science after recent finds of creatures including a purple sea cucumber and a tiny "Mud Monster" in the deep Pacific by the U.S. National Oceanic and Atmospheric Administration.

"One million marine species and one million shipwrecks may remain to be discovered," Jesse Ausubel, of the Rockefeller University, said in a statement.