SCIENTISTS UNDERSTOOD THE CLIMATE 150 YEARS AGO BETTER THAN THE EPA HEAD TODAY... 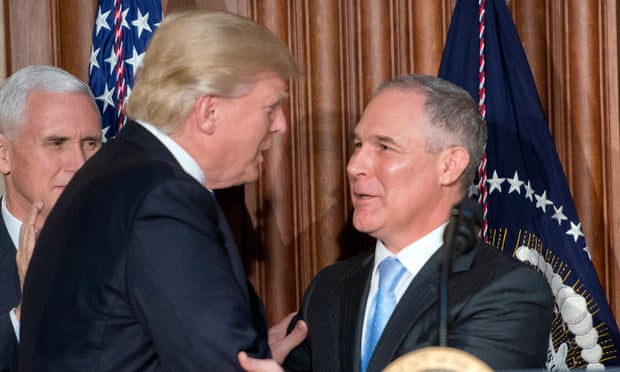 Scott Pruitt denies basic science that we’ve understood for over a century...

The current head of the US Environmental Protection Agency Scott Pruitt does not believe or understand long-known principles of climate science and basic physics. Recently he claimed on CNBC that carbon dioxide is not a primary contributor to global warming:

I think that measuring with precision human activity on the climate is something very challenging to do, and there’s tremendous disagreement about the degree of impact. So, no, I would not agree that’s a primary contributor to the global warming that we see. But we don’t know that yet. We need to continue the debate and continue the review and the analysis.

There are two undeniable ironies in this statement. First, taken at face value it would suggest that we actually need to do more analysis – but the current administration is proposing draconian cuts in our climate science research budget. They are doing just the opposite of what he recommends.

I am an Arctic researcher. Donald Trump is deleting my citations...

So, I wanted to revisit some of the first studies on carbon dioxide and its effect on the climate to put into perspective how backwards Pruitt is. One of the first works, and certainly a seminal study was completed in 1827 by Jean Baptiste Fourier. An excellent summary of the contributions of his work is provided here.

While Fourier produced multiple publications, my favorite is the one from 1827. From his work, scientists were able to describe how heat entered and left a planet’s system. He described heat loss by infrared radiation from the Earth and other planets. He correctly concluded that energy transferred within the Earth was negligible compared to that transferred by radiation. He also recognized the important nature of the atmosphere – that it is transparent to visible light but not to infrared light. This is why the greenhouse analogy to our atmosphere is so apt. Shockingly, Fourier knew more about climate change than does the current head of the EPA.

So what was happening in the world back then? Well, both Beethoven and William Blake died that year. The first African American newspaper was published. The Russian-Persian war was ongoing. The Stockton and Darlington railway had just opened in England. Life expectancy in the UK was approximately 40 years, and less than that elsewhere in the world. I would have shown a photograph of what the world was like in 1827, but photography had not yet been invented.

Another major discovery occurred in the 1860s by researcher John Tyndall. He studied various gases and their ability to absorb radiant heat. Among the gases he studied were oxygen and nitrogen which he found were virtually transparent to radiant heat. On the other hand, he found that some gases like water vapor and carbon dioxide can absorb heat, even though they are present in small amounts.

The genius of Tyndall was his measurement device. He used a galvanometer with a tube that he could fill with various gases. He couldn’t use glass to make the walls because glass is a radiant heat absorber. In fact, his original paper was filled with a detailed description of his experiment and the issues he had to address to ensure quality results. But, in the end he was able to quantify the importance of trace gases on the energy absorptivity of our atmosphere. A nice review of his work is available here. Shockingly, Tyndall knew more about climate change than does the current head of the EPA.

What was the world like when Tyndall did his work? Well, America was at war – with itself – in the most deadly US war to date (the US Civil War). Russian serfs were freed by Tsar Alexander II. Oil refining had begun and soon whale oil would be replaced. Telegraph lines connected the East and West coasts of the USA. Victor Hugo published Les Miserables. A terrible Indian/settler conflict brewed in my home state of Minnesota. The Emancipation Proclamation became law, and the Gatling gun was invented. 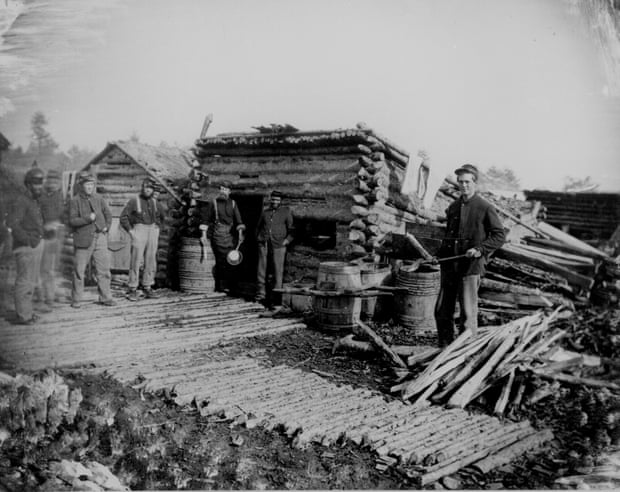 The final stop on our way-back trip brings us to 1896 and Swedish researcher Svante Arrhenius. He became the first person (that I know of) to make predictions about how much the Earth temperature would change as we add carbon dioxide to the atmosphere. The title of his work, “On the Influence of Carbonic Acid in the Air upon the Temperature of the Ground” says it all.

Using measurements of the energy incoming from the moon, Arrhenius showed that changes to trace gases in the atmosphere can dramatically affect the temperature of the planet. He also discussed how gases are able to absorb specific wavelengths of light. Using experimental data from other preceding studies, he predicted global temperatures would rise approximately 5–6C in response to a doubling of atmospheric carbon dioxide.

Arrhenius also noted that humans were increasing the amount of carbon dioxide in the atmosphere. One significant part of his work is that he was able to make predictions without the use of high-power supercomputers. In fact, there are many ways to make climate predictions – using techniques like those from the 1800s, using the history of temperature changes of the Earth to predict the future, using computer climate models, and others. It is a fallacy to say that our current predictions rely totally upon computer models. Of course, during his age, the rate of increase of carbon dioxide was very very slow. Shockingly, Arrhenius knew more about climate change than does the current head of the EPA. 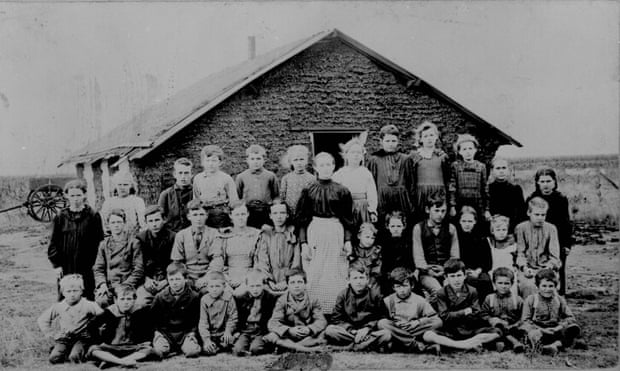 1895 photograph of a teacher, students, and schoolhouse. Photograph: National Archives and Records Administration

What was the world like in 1896? Well, x-ray imaging was just being invented. Automobiles were still in their infancy. The population of the US was about 75 million. Queen Victoria was alive. The first world war hadn’t year started; neither had the Boer war or the Russo-Japanese war. Average world life expectancy was approximately 30 years. In the US, leading causes of death were pneumonia, tuberculosis, and diarrhoea. The world would have to wait about 30 years for the invention of penicillin.

To think that we can go back to these dates and find people who understood more about carbon dioxide and climate change than the current head of America’s Environmental Protection Agency is embarrassing.