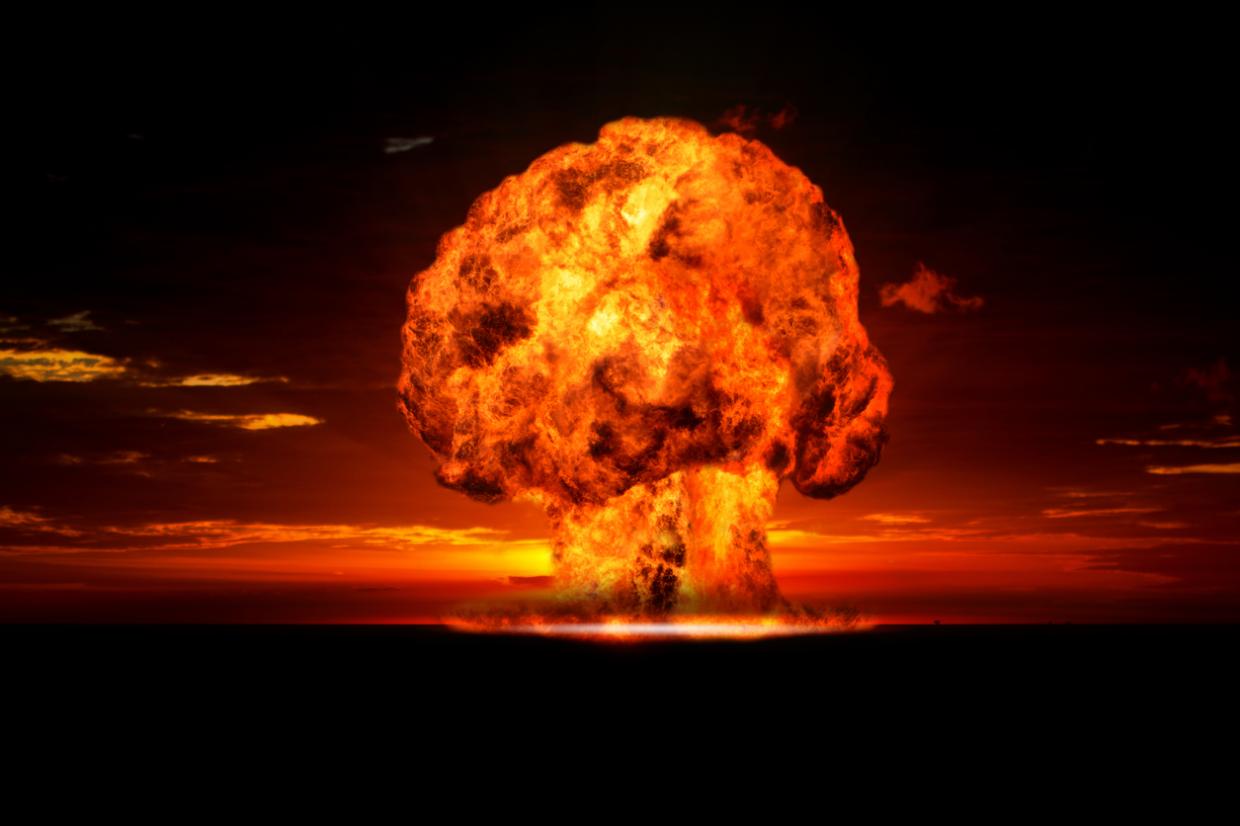 A mushroom cloud from a nuclear explosion Getty Images/iStockphoto

'Whether it’s the spectre of nuclear conflict over North Korea or our planet tipping into catastrophic climate change, the need for effective global cooperation has never been greater'

Nearly seven out of 10 people in the UK support the creation of a form of world government that would be able to force countries to deal with major risks facing the world such as climate change and nuclear weapons, according to a major new survey.

And 62 per cent said they considered themselves to be “a global citizen” in addition to being British, which will likely disappoint Theresa May who told the last Conservative conference “if you believe you are a citizen of the world, you’re a citizen of nowhere”.

The ComRes survey, commissioned ahead of the G7 Summit in Sicily by the Global Challenges Foundation, interviewed 8,100 people in eight countries, Australia, Brazil, China, Germany, India, South Africa, the UK and US, which are collectively home to half the world’s population.

A giant asteroid hitting Earth, disease pandemics, a massive volcanic eruption, artificial intelligence turning against us, weapons of mass destruction and ecological collapse all made the list.

The report warned that if the bleakest scientific estimates of how bad global warming could get turned out to be correct there was “a high likelihood of human civilization coming to an end”.

So it was perhaps encouraging that, across all eight countries, the survey found significant support for taking action on global warming.

Some 88 per cent of respondents said they would be prepared to make changes that would affect their living standards to prevent catastrophic climate change in the future.

Mats Andersson, the foundation’s vice-chairman, urged the G7 to work together to address people’s fears. 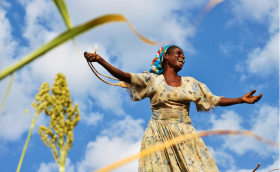 Meet the woman who's photographing the faces of climate change

“As world leaders gather for the G7 Summit, they should be aware that citizens across the planet are yearning for them to collaborate and work harder to find solutions for these critical threats to humanity,” he said.

“Whether it’s the spectre of nuclear conflict over North Korea or our planet tipping into catastrophic climate change, the need for effective global cooperation has never been greater.”

In the UK, some 71 per cent ranked the potential use of weapons of mass destruction (WMDs) as one of the main dangers and 80 per cent agreed climate change could turn into a global catastrophe.

Sixty-two per cent felt the world had become more insecure in the last two years and 69 per cent said they would support the creation of a new “supranational organisation to make enforceable global decisions” about major threats.

A lower proportion, but still a majority (54 per cent), said they would be happy for the UK to give up some of its sovereignty to address the world’s most serious problems.

Support for a supranational organisation was highest in India (84 per cent), China (78 per cent) and South Africa (76 per cent).

But this idea was popular across the board with the US on 67 per cent and Germany, which had the lowest figure, on 62 per cent.

Some 74 per cent of people in the US thought climate change could become a global catastrophe, the lowest level among the eight countries; Brazil and South Africa were the most concerned (both 91 per cent) followed by India (90 per cent) and China (86 per cent).

On the risk posed by nuclear weapons, the Global Catastrophic Risks report said since their first use against Japan in 1945 the world “has lived in the shadow of a war unlike any other in history”.

“Although the tension between nuclear states has diminished since the end of the Cold War and disarmament efforts have reduced arsenals, the prospect of a nuclear war remains present and might be closer today that it was a decade ago,” it said.

“Its immediate effect would be a catastrophic destruction of lives and cities and debilitation, illness and deaths from radiation, but another concern is the risk that the dust released from nuclear explosions could plunge the planet into a mini ice age, with dramatic ecological consequences, severe agricultural collapse and a large proportion of the world population dying in a famine.”

On climate change, it noted that discussions tended to focus on the prospect of an increase in the average global temperature of one to three degrees Celsius.

“These would have severe consequences with potentially devastating effects on the environment and human societies,” the report said.

“However there is also a non-negligible and less often considered ‘tail end’ risk that temperatures might rise even further, causing unprecedented loss of landmass and ecosystems.

“Even in mid-range scenarios, entire ecosystems would collapse, much agricultural land would be lost, as would most reliable freshwater sources, leading to large-scale suffering and instability.

“Major coastal cities – New York, Shanghai, Mumbai – would find themselves largely under water and the populations of low-lying coastal regions – currently more than a billion people – may need to be relocated.

“In high-end scenarios, the scale of destruction is beyond our capacity to mode with a high likelihood of human civilization coming to an end.”