SHED A TEAR FOR THE REEFS... 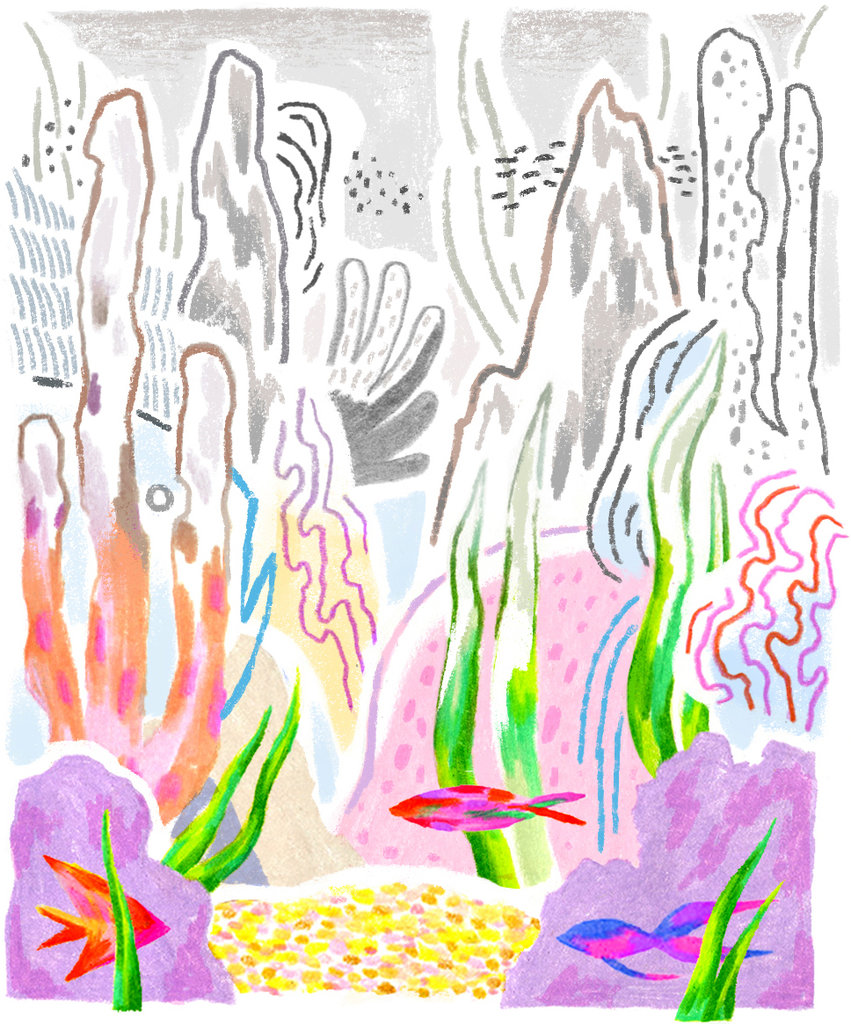 Reports that the Great Barrier Reef is dying come ever more frequently, ever more urgently. There is no mystery about the reason — it’s global warming, caused by the fossil fuels we burn...

If we stopped heating the oceans, parts of the great reef off Australia’s north coast and other spectacular coral reefs around the world could still recover. The alternative is to weep at the loss of one of the most spectacular sights on earth, as the author of the latest report and his students did on examining charts of the damage.

The death of coral reefs is a tragedy on many levels. There is the sheer beauty of the forests of brightly colored corals and the equally kaleidoscopic fish they harbor, a panorama that attracts hundreds of thousands of visitors. There’s their extraordinary variety and value: Coral reefs are found in shallow waters in only 0.2 percent of the oceans, yet they support a quarter of all marine life and provide protein for millions of people. Finally, there is the role of the coral reefs as the alarm system of the oceans: Highly sensitive to the temperature of water, the reefs can die from an increase of only two or three degrees Fahrenheit. The vast stretches of bleached coral speak to oceans in deep trouble.

Last year was particularly disastrous for the Great Barrier Reef. The periodic heating of the Pacific Ocean known as El Niño, combined with the continuing warming of the seas from climate change, caused mass bleaching along vast stretches of the 1,400-mile-long reef. In theory, the return of cooler waters could restore them, but that’s not what’s happening.

Researchers led by Prof. Terry Hughes of James Cook University in Australia, the lead author of a report on the reef in the current issue of the journal Nature, were surprised at the extent of the damage. “We didn’t expect to see this level of destruction to the Great Barrier Reef for another 30 years,” he told The Times. In the north, he said, two-thirds of the reefs are dead. And Australian government efforts to curtail dredging and pollution were not helping. “The reefs in dirty water were just as fried as those in pristine water,” he said.

To the scientists, there is no mystery as to what needs to be done. There never was. Decades ago they warned that with global warming, coral reefs would not be able to survive natural temperature spikes, like the one brought on by El Niño. Surveys of the Great Barrier Reef conducted by Professor Hughes from low-flying aircraft showed that extensive patches of reef may be beyond saving. These are the surveys that brought him and his students to tears.

There is really only one way to save coral reefs, and by extension the oceans and the world, and that is to fight climate change. At this juncture, that means defending the 2015 Paris agreement to limit the increase in global temperatures. The Obama administration played a major role in fashioning the agreement, which 194 countries have signed. Backsliding now would guarantee more bleached reefs, and worse.