SHOW THIS CARTOON TO ANYONE WHO DOUBTS WE NEED HUGE ACTION ON CLIMATE CHANGE... 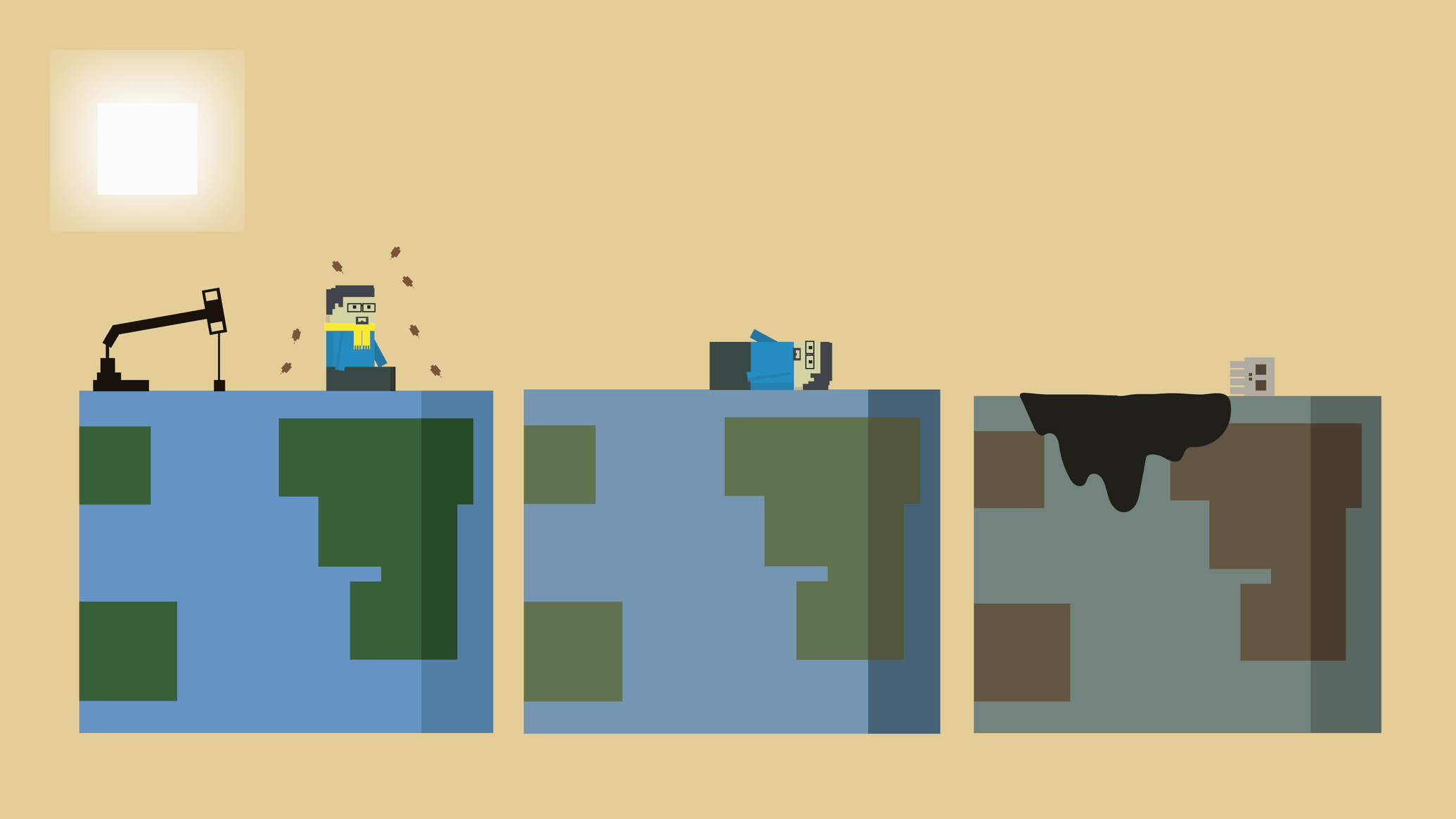 You might ask "So what is this supposed to mean?"  Scroll down and see...

This is Earth. It's a crisp fall day. So why would you believe Earth is in a dire situation? 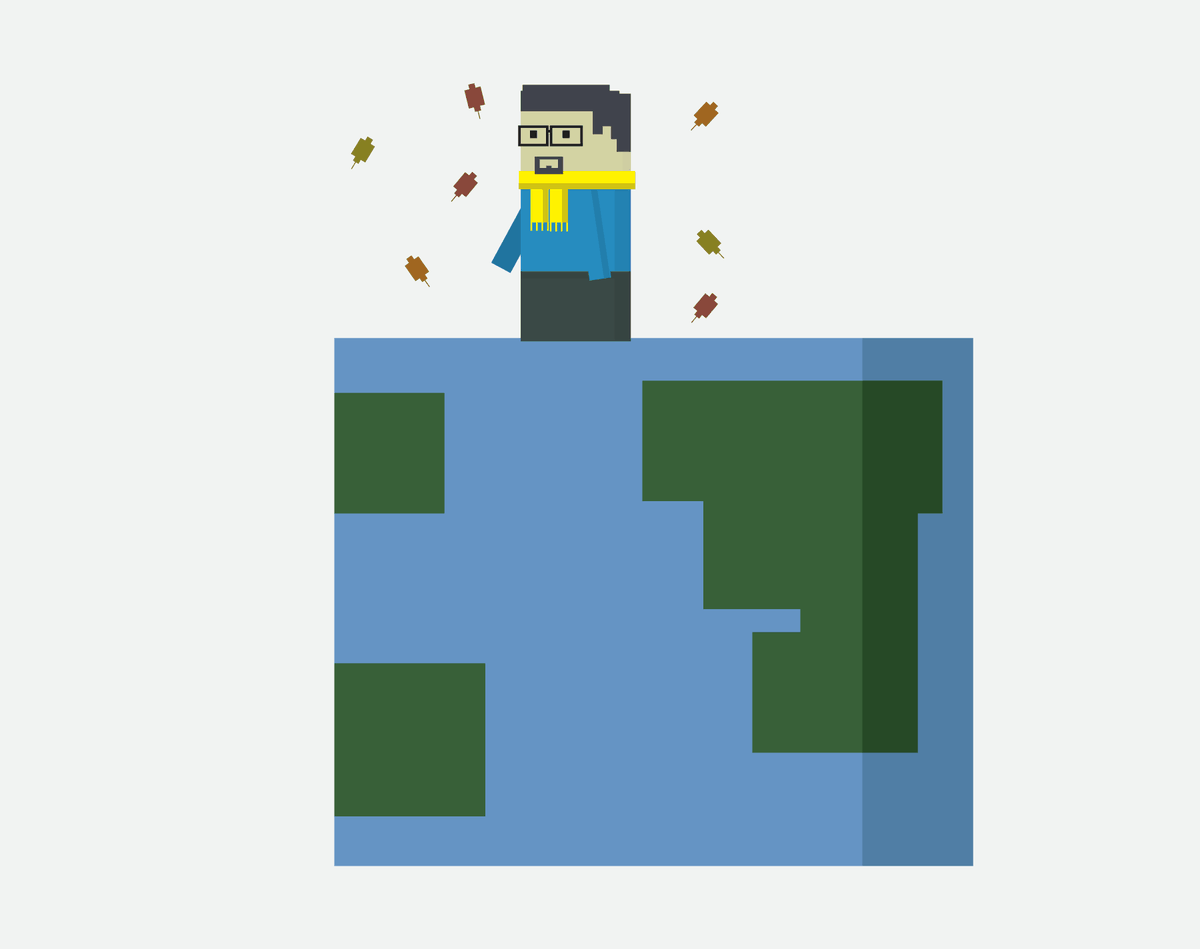 Let's look a little deeper. The brown area below represents all the fossil fuels — oil, coal, and natural gas — that humans have identified as recoverable with current technology. The black spot is what we’re currently harvesting with mines and wells. 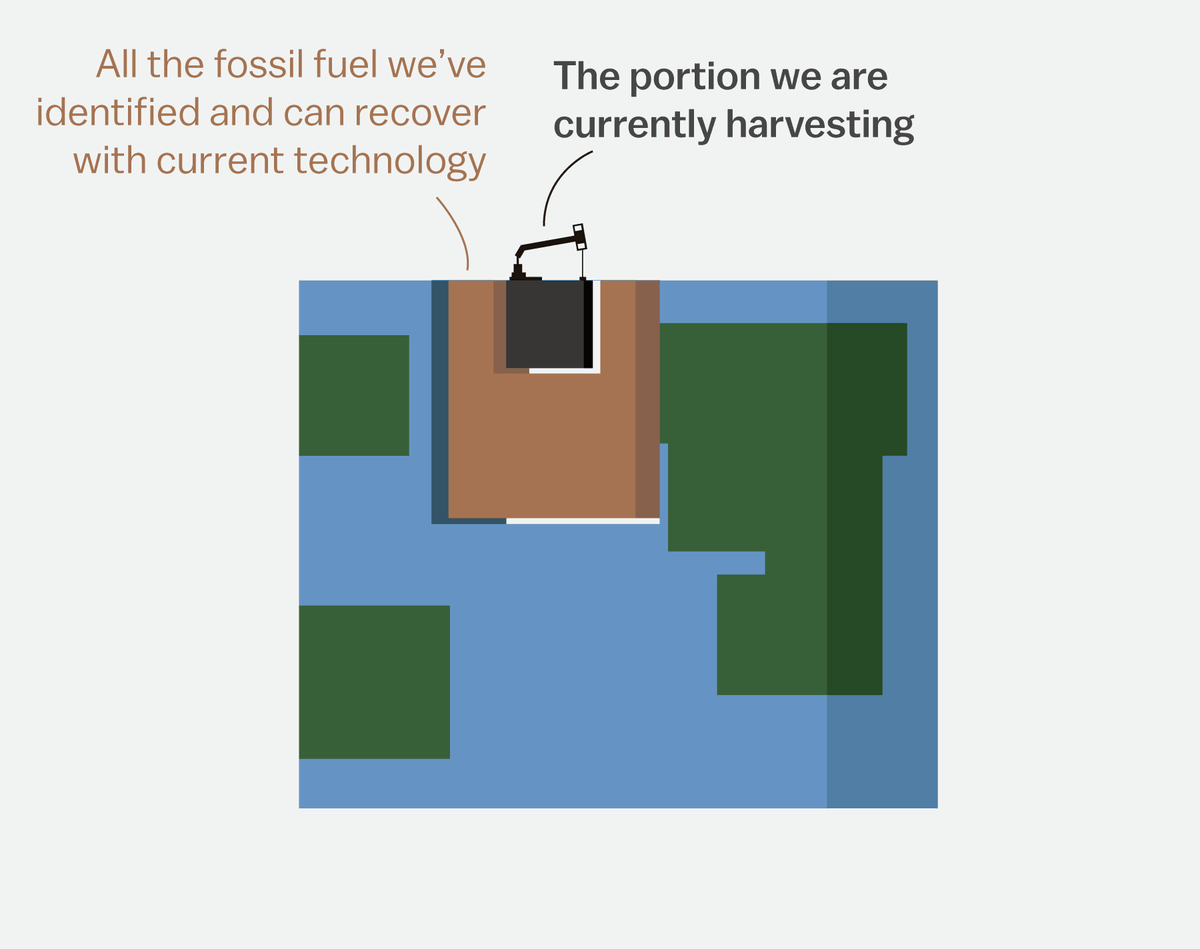 So what if, tomorrow, all the world leaders got together and decided to stop building new mines and wells? 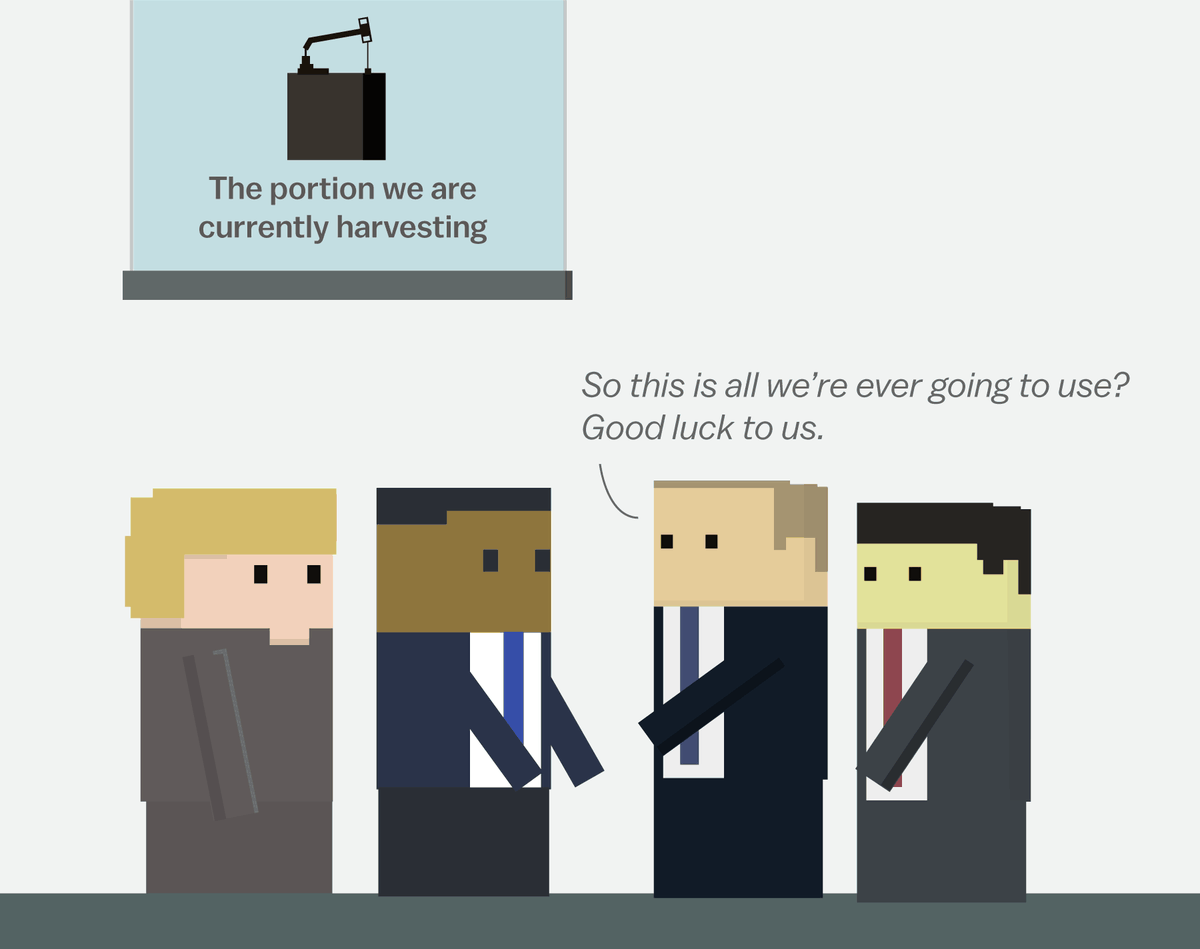 And then we used all the fuel in existing mines and wells.

What would that do to Earth? 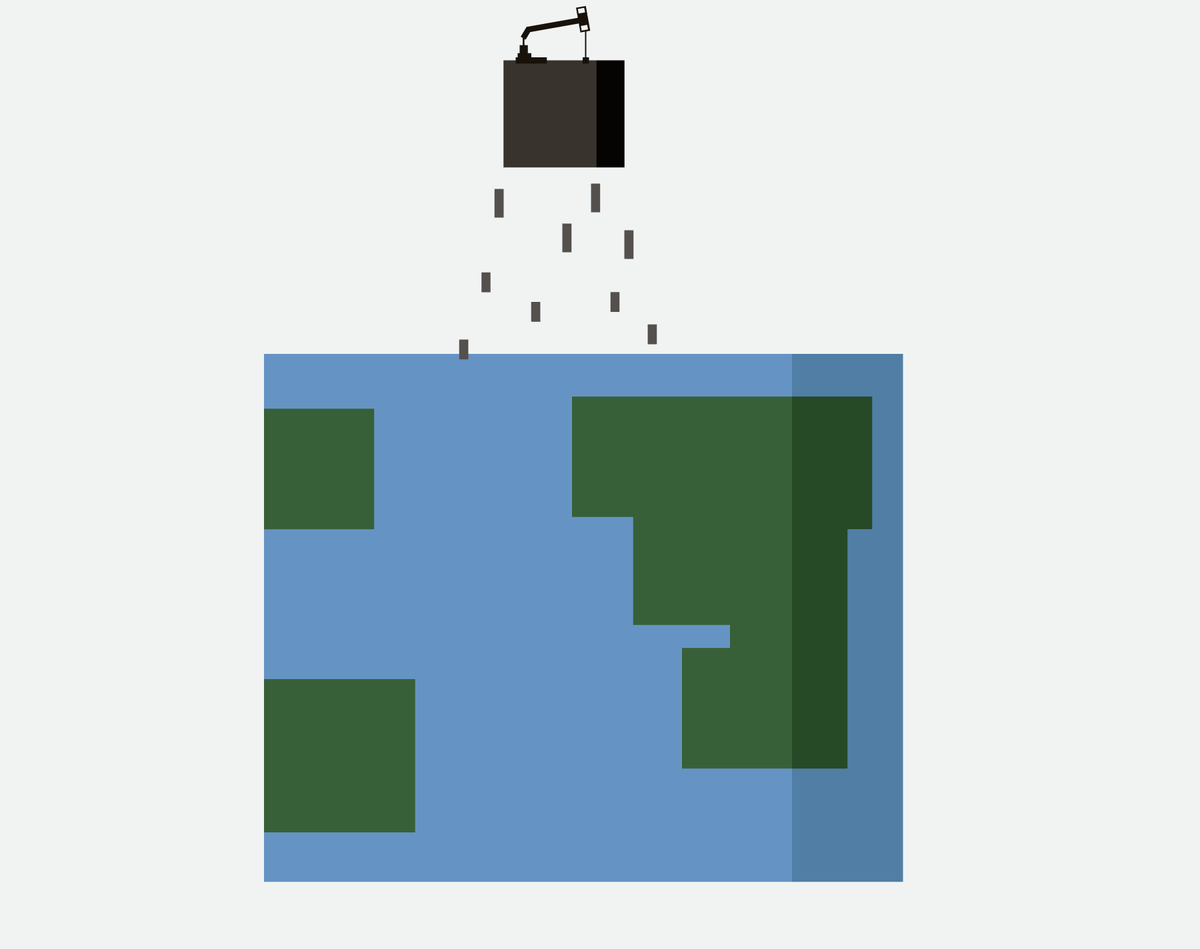 It would release about 1.1 trillion tons of carbon dioxide into the atmosphere.

Scientists have figured out that this scenario would almost certainly drive up the Earth’s average temperature by more than 2 degrees Celsius (3.6 degrees Fahrenheit), relative to preindustrial levels. That’s not a big deal, right? 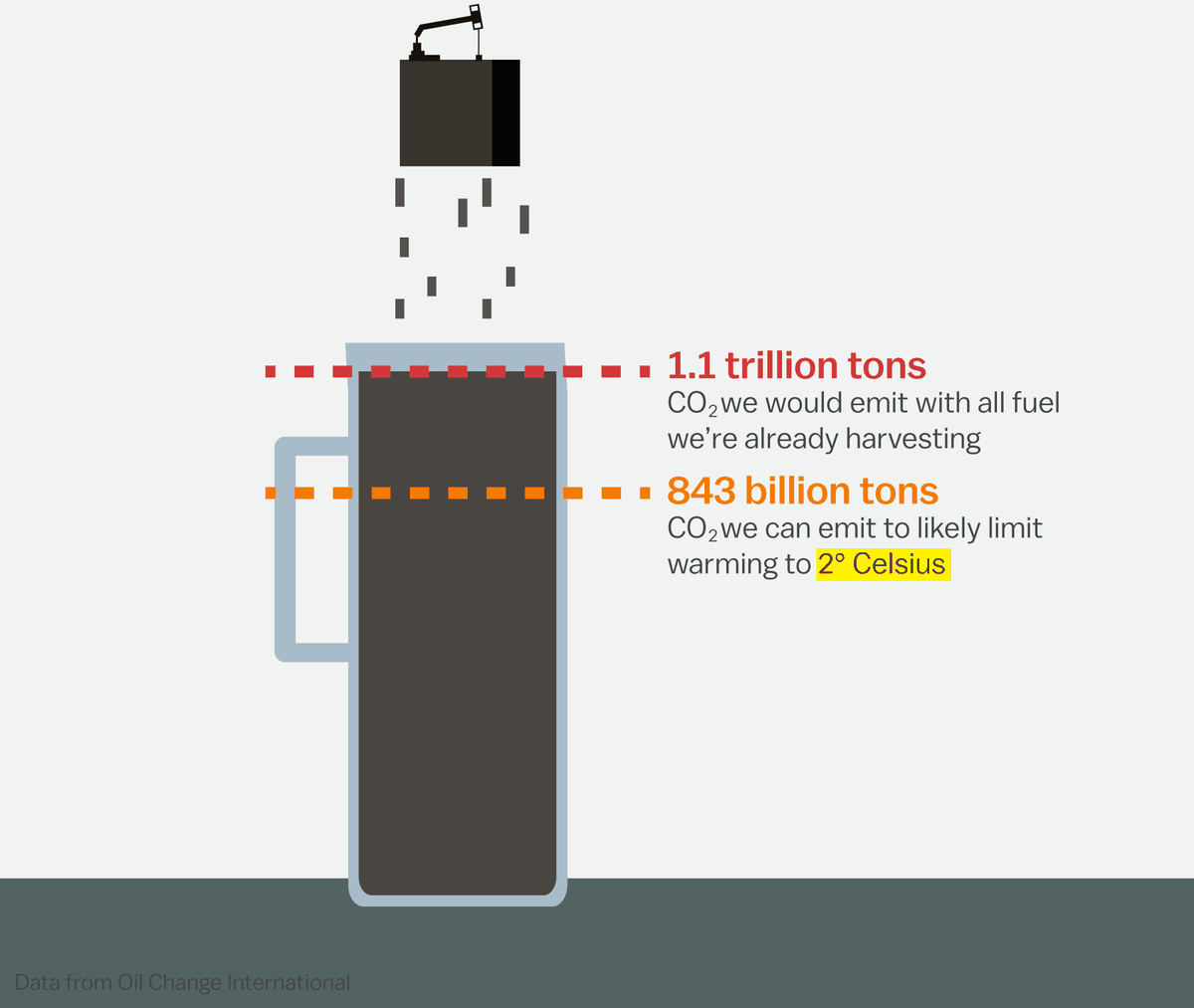 Actually, it would be a massive catastrophe. The human suffering would be unthinkable. 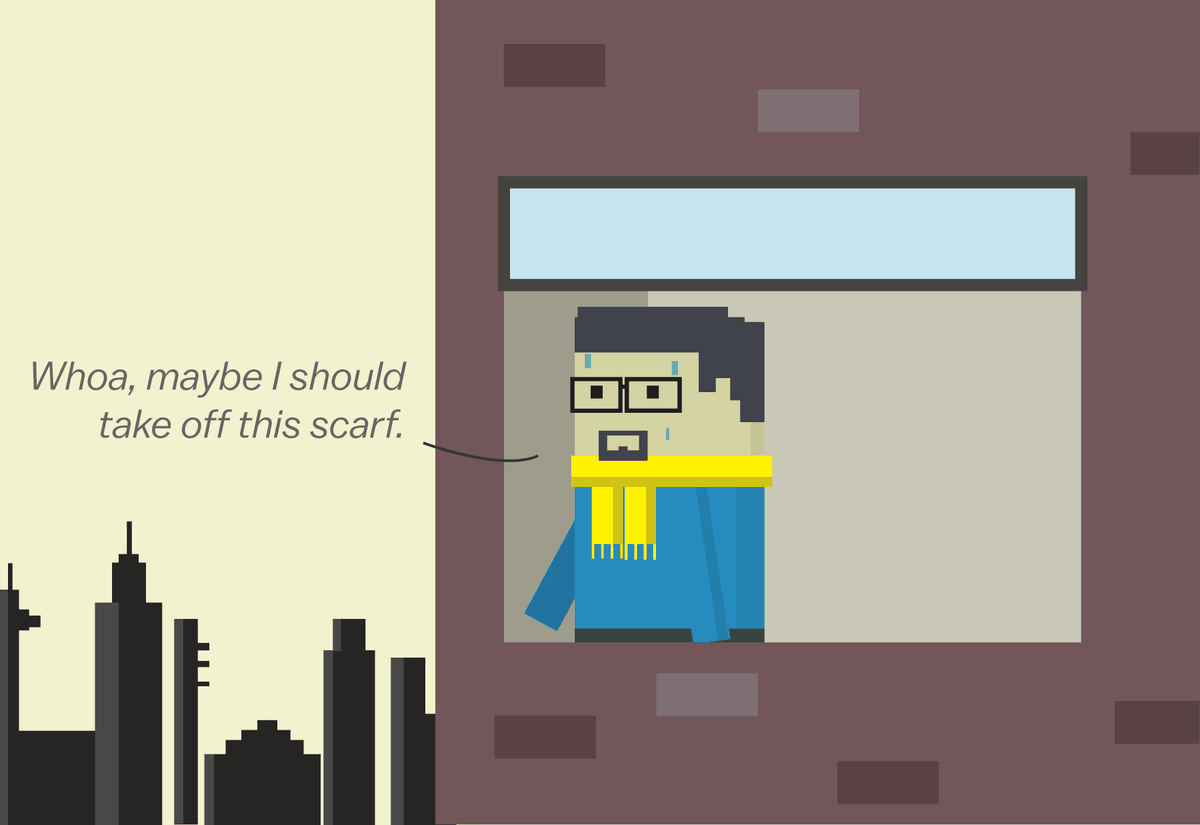 But that's not quite right. First of all, it means Earth would get an average of 2 degrees warmer. This means some regions, especially on land, will get much hotter — far more than 2 degrees.

The Arctic, which houses much of the world’s ice, would warm by almost 11 degrees Fahrenheit.

The US Southwest, already suffering from increased drought, could warm by almost 10 degrees Fahrenheit, enough to create near-permanent "superdroughts." 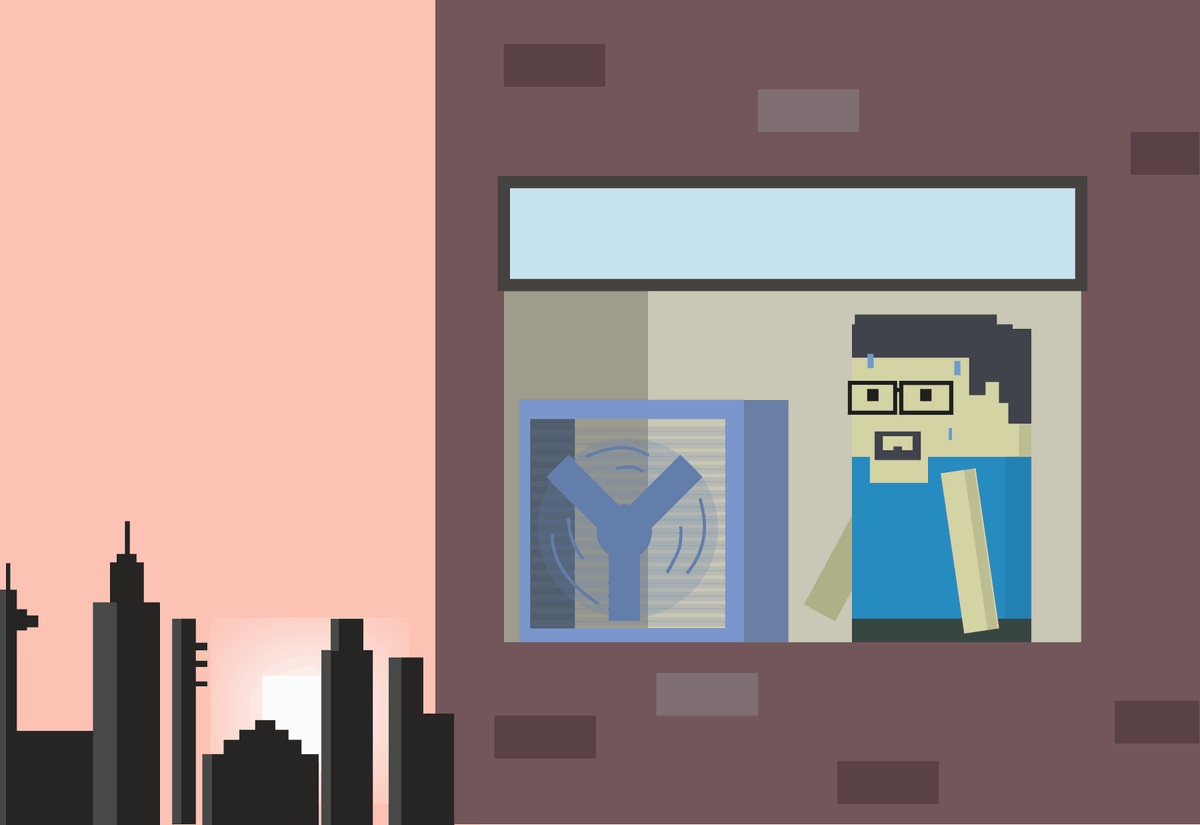 The other problem is that Earth’s ecosystems would behave differently. For humans, it would mean rising sea levels, freshwater shortages, reduced agricultural productivity, food stress, and the conflicts and emigration that come in their wake. 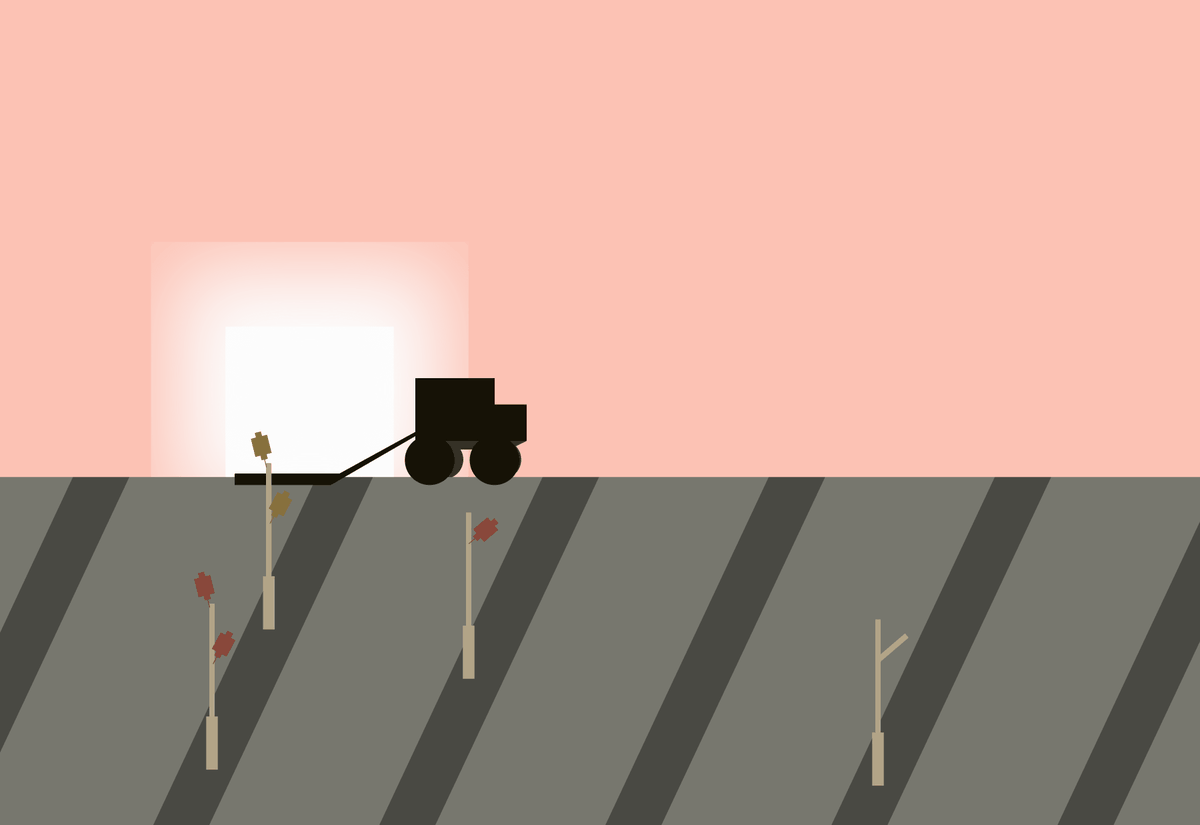 A lot of people will die, and not because they burn to death. It'll be because we don't have enough food and water.

It would be like slightly heating up a fish tank, which is okay for the fish but kills the algae the fish eats. 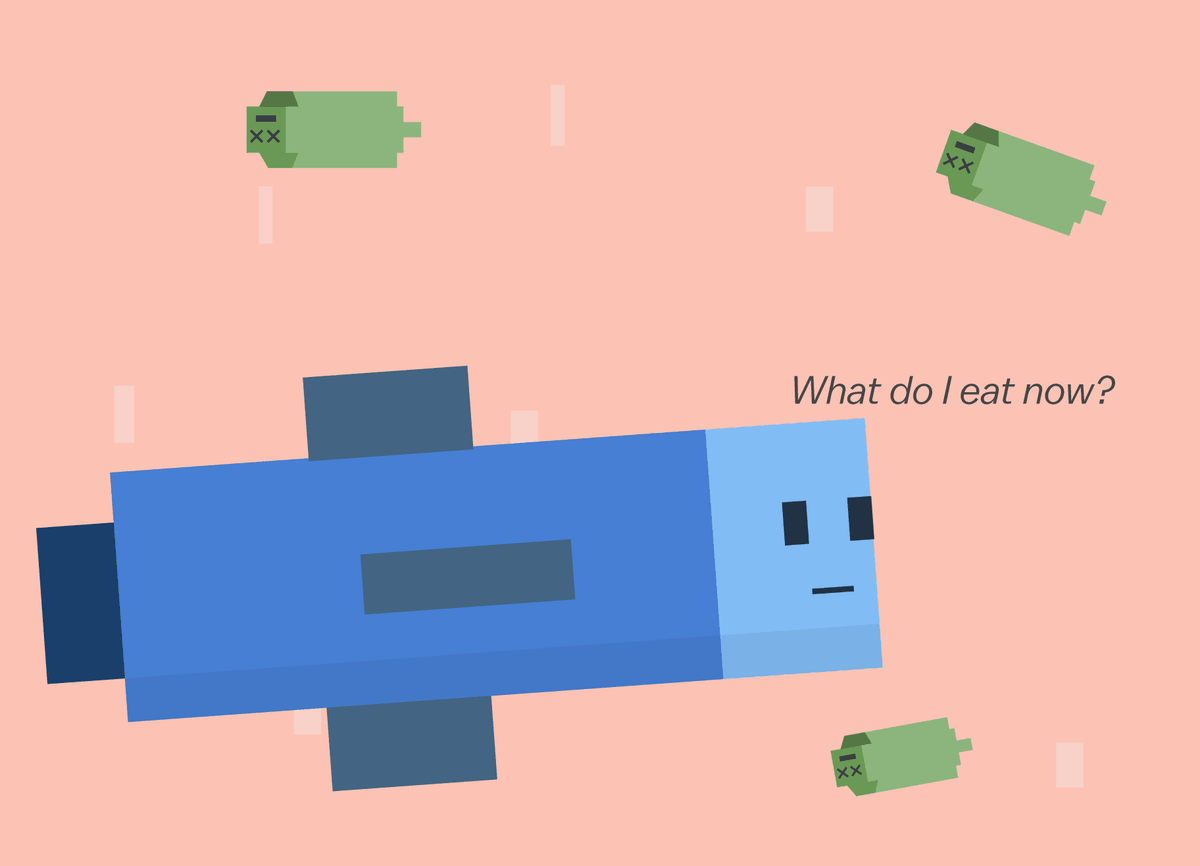 All of this will be well underway by the time we hit 2 degrees — and the further we go past it, the worse it will get.

So we all agreed, in Paris, not to let it happen

About 200 countries, including all the world’s major emitters, agreed at a summit in Paris in 2015 that letting the planet warm beyond 2 degrees is unacceptable, and even 2 degrees is awful. We vowed to do our best to stop warming at 1.5 degrees — although most climate researchers believe that target is no longer realistic. 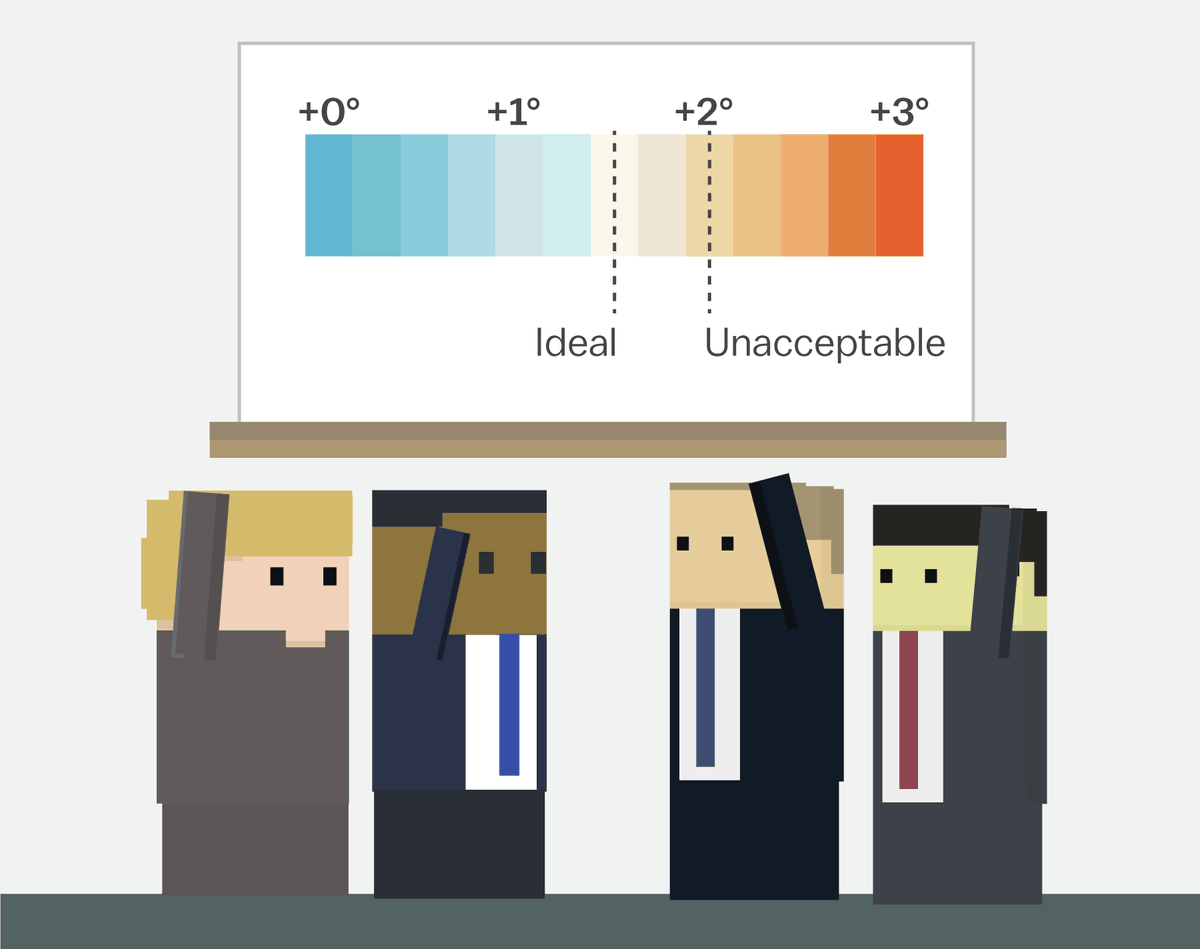 That’s why we hear so much about efforts to stop warming at 2 degrees.

But how do we do it?

First, we figure out how much carbon dioxide we’re allowed to emit

When we burn fossil fuels, we emit several harmful gases. But we focus on carbon dioxide for one reason: It stays in the atmosphere for centuries, accumulating and trapping heat. 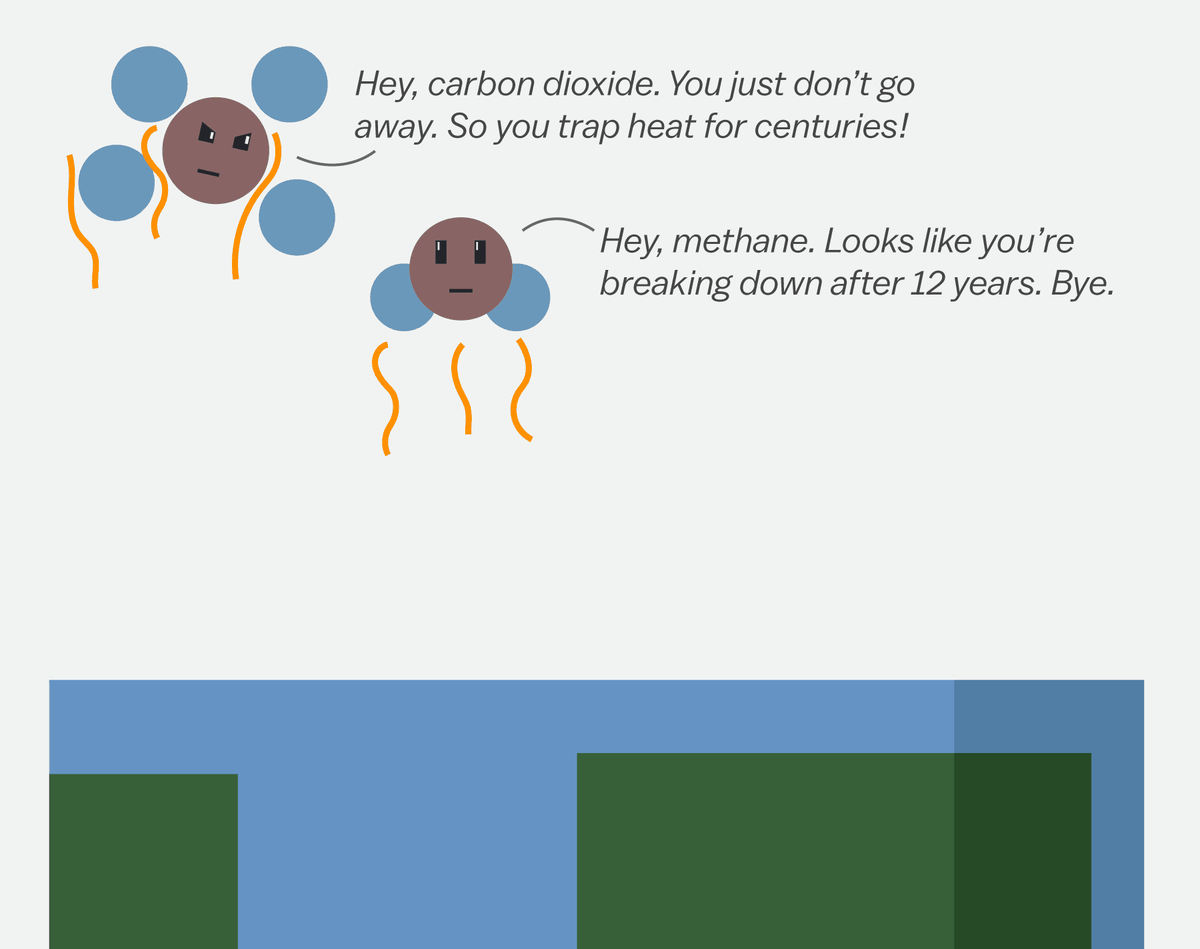 This means we can calculate how much carbon dioxide it would take to warm the Earth a certain amount.

According to our best calculations, it would take about 843 billion tons of carbon dioxide to warm Earth about 2 degrees. 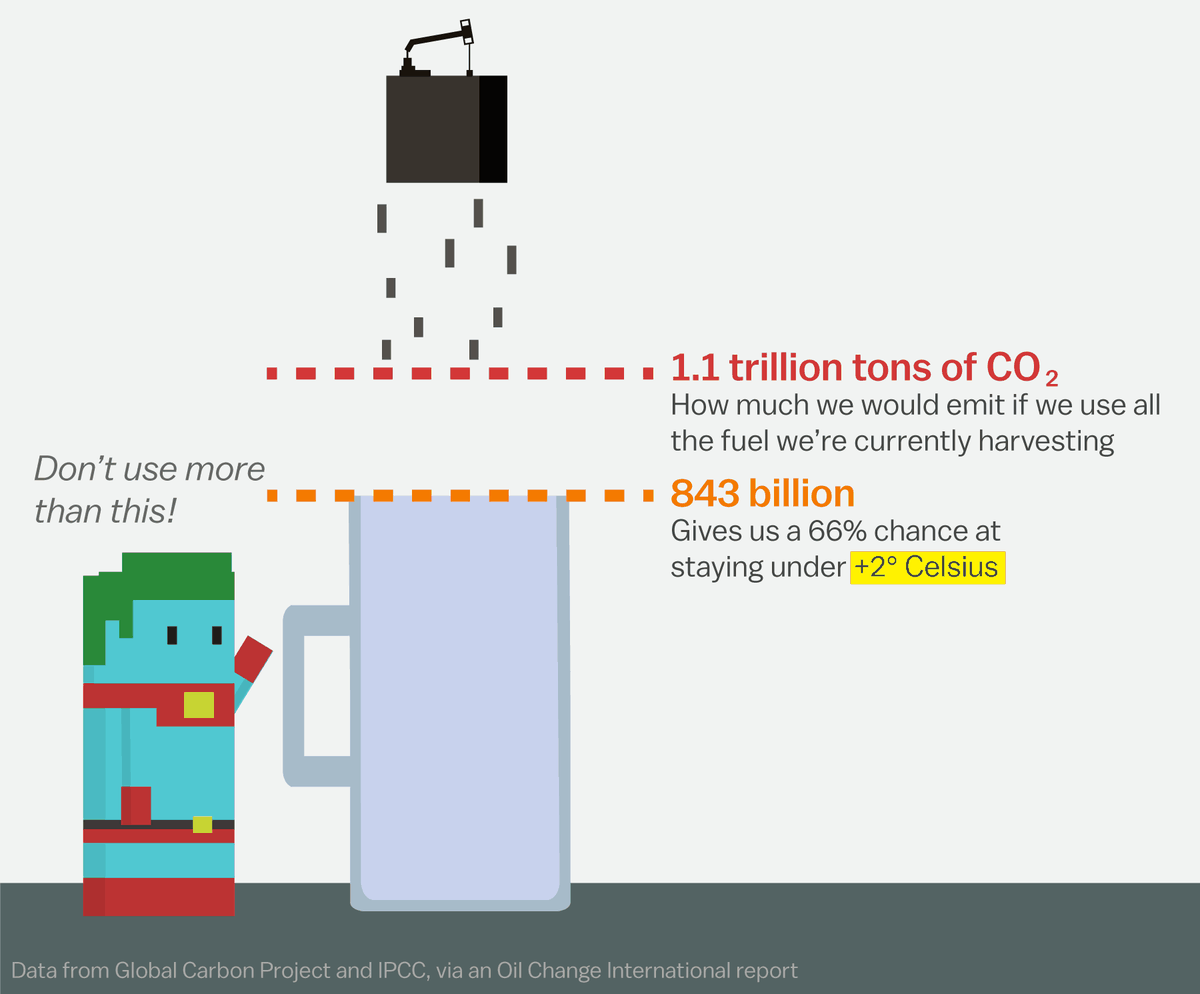 If we decide to keep using fossil fuels at the same rate, we’ll hit our limit in 21 years

Currently we emit about 39.2 billion tons of carbon dioxide per year — and that number is only rising. But if we were able to keep it at that amount, what would happen?

After one year, our mug would look like this: 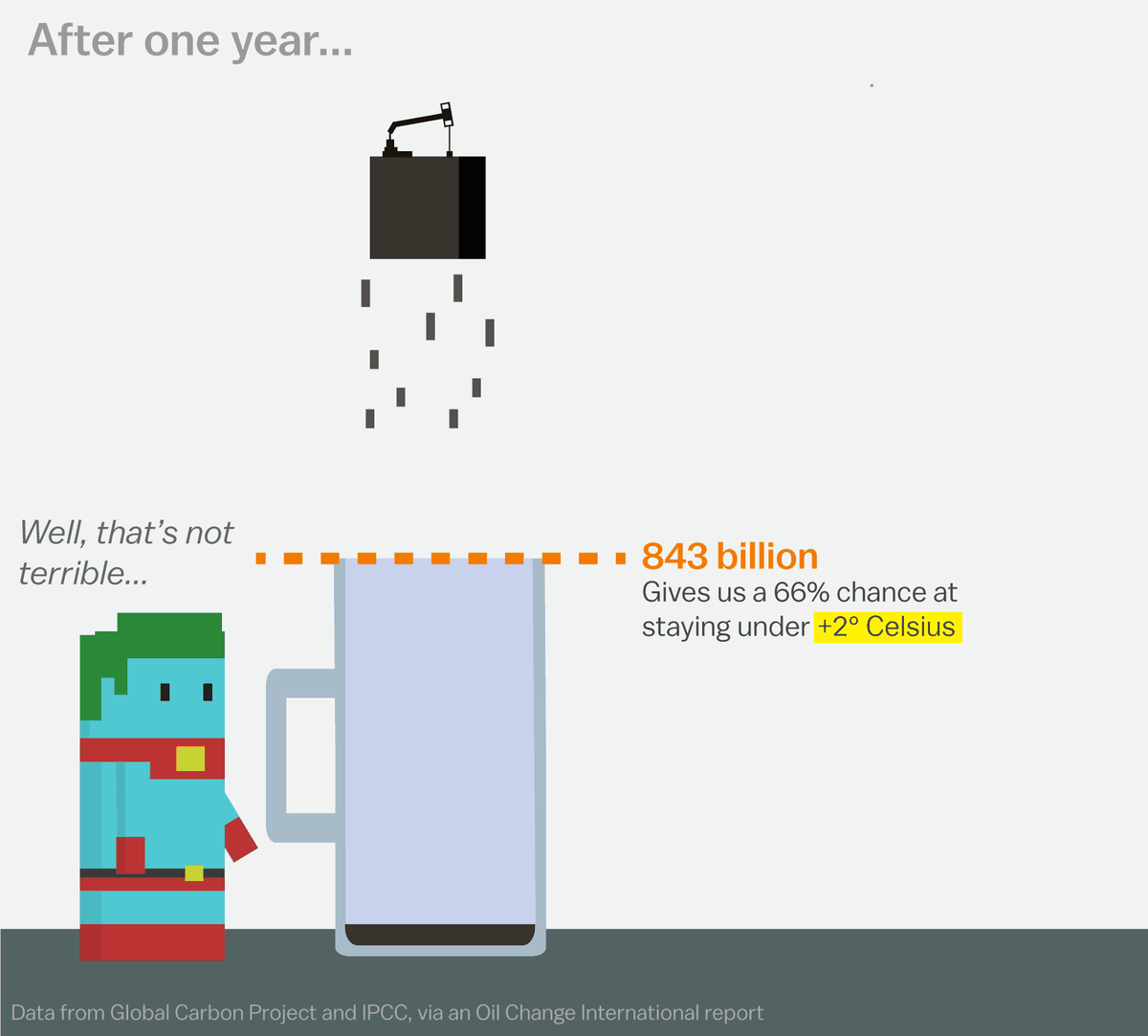 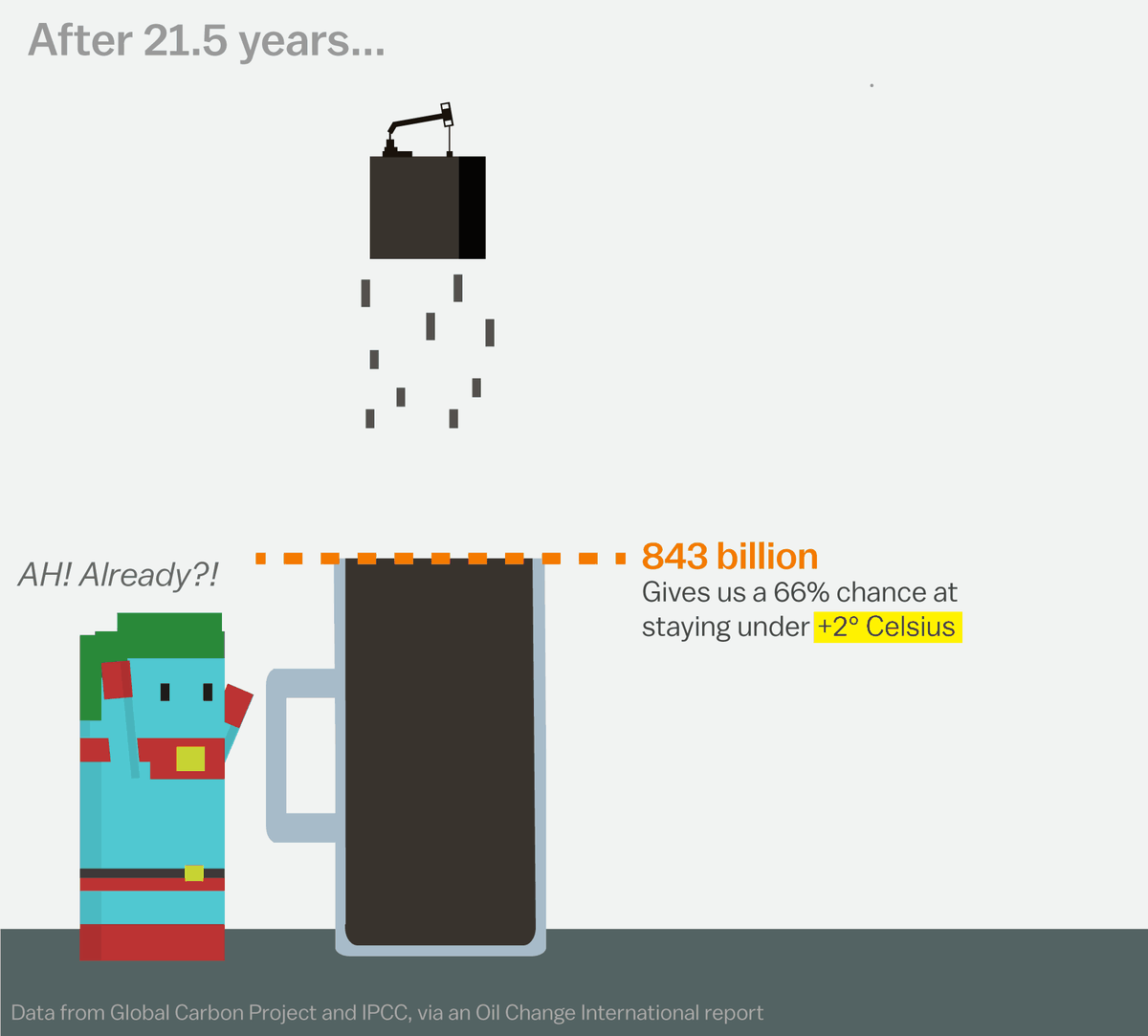 If we reduce emissions until we get to zero in the year 2065, we still need to invent world-changing technology

Let’s say that over the next 49 years, we drive down our use of fossil fuels all the way to zero.

It’s an optimistic long shot. But this is the scenario climate scientist Joeri Rogelj proposes: 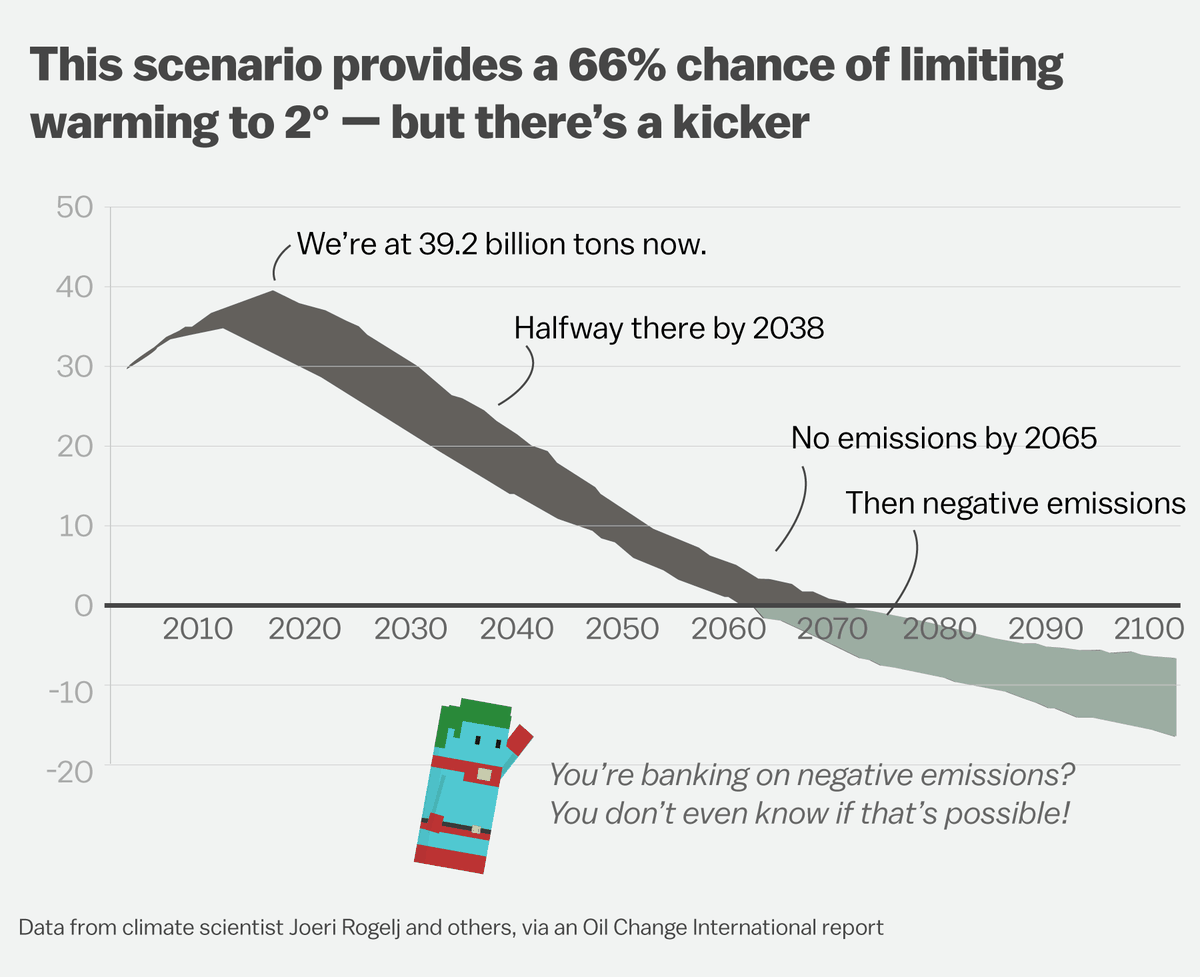 The kicker is that even in this crazily ambitious scenario, we have to rely on "negative emissions" technologies that pull carbon out of the air and bury it.

The problem: We have no clue if that’s even possible.

Negative emissions technologies have not been tested or proven at any scale. We are literally gambling our species’ future on the idea that we’re going to be able to invent it and scale it up to enormous size ... by 2065. 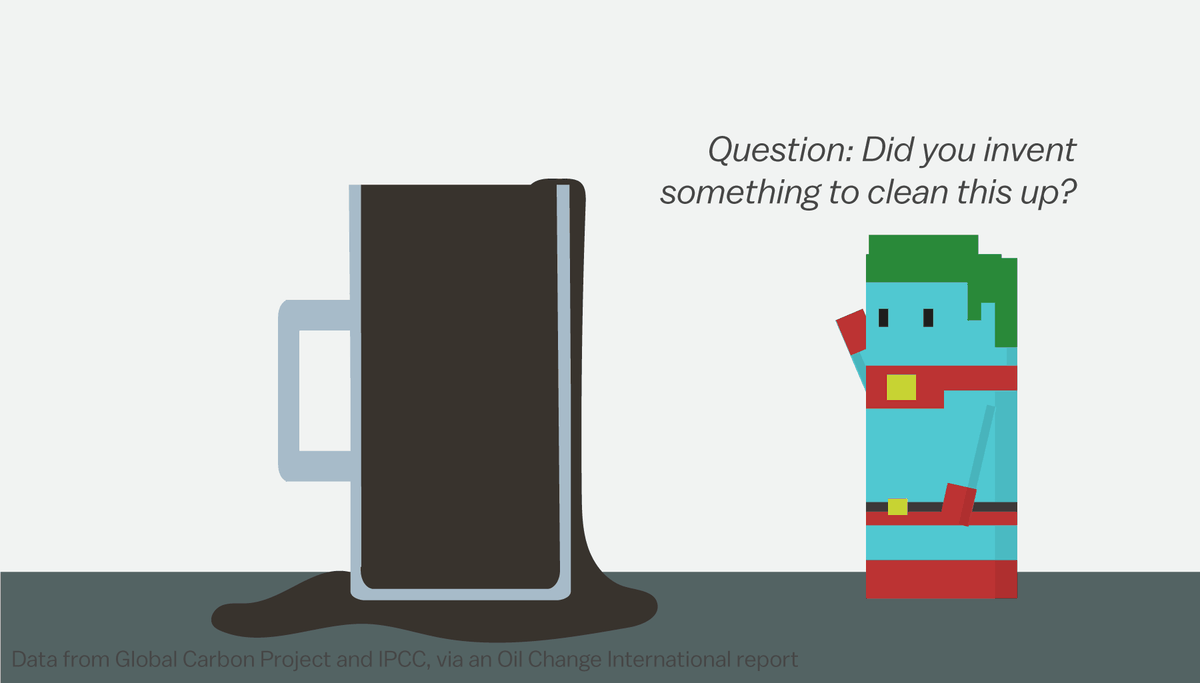 Let’s say, somehow, we get to no emissions in 2065 — and we invent this world-changing technology

Not definitely. It would only give us a 66 percent chance at staying under 2 degrees. 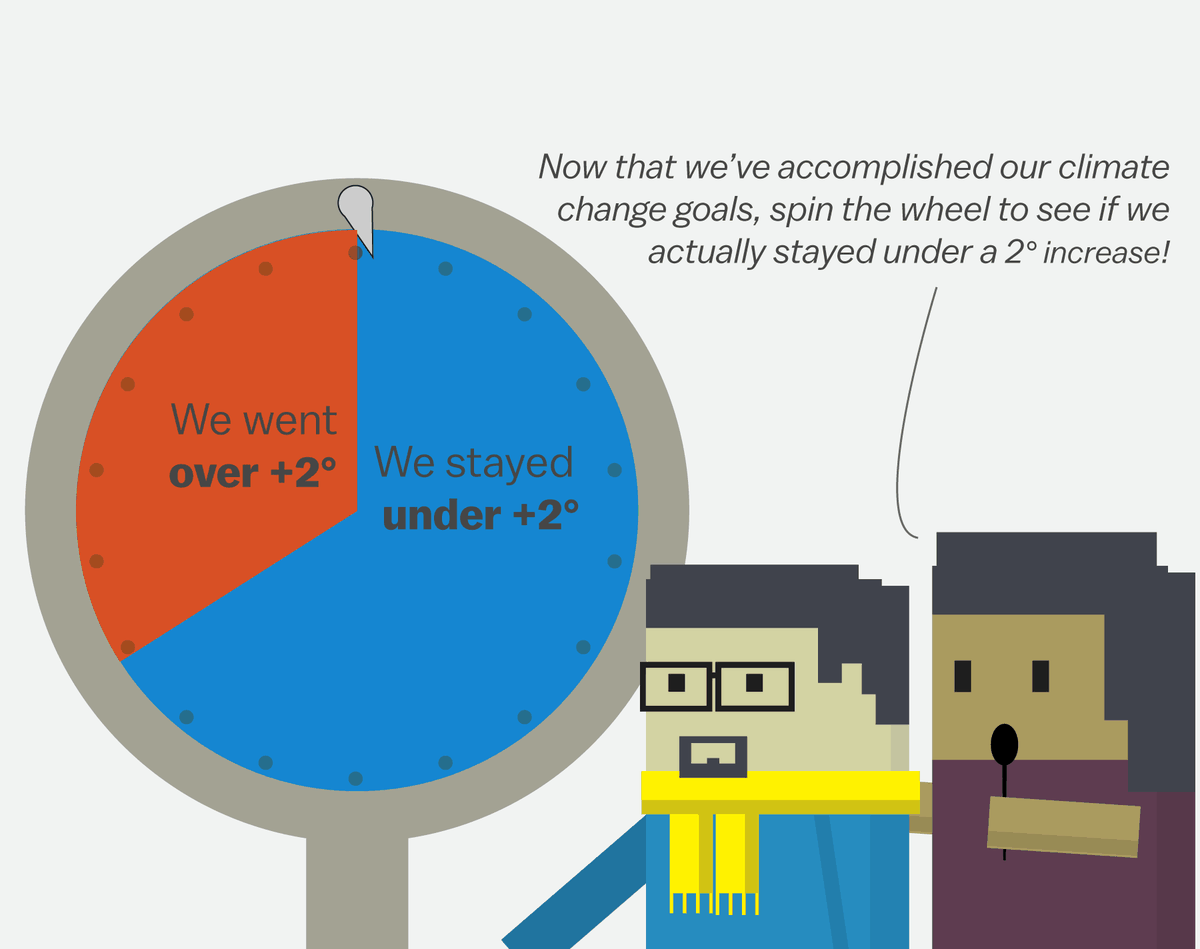 Remember when we all agreed in Paris that 2 degree warming cannot happen? This long shot is what they were committing to. 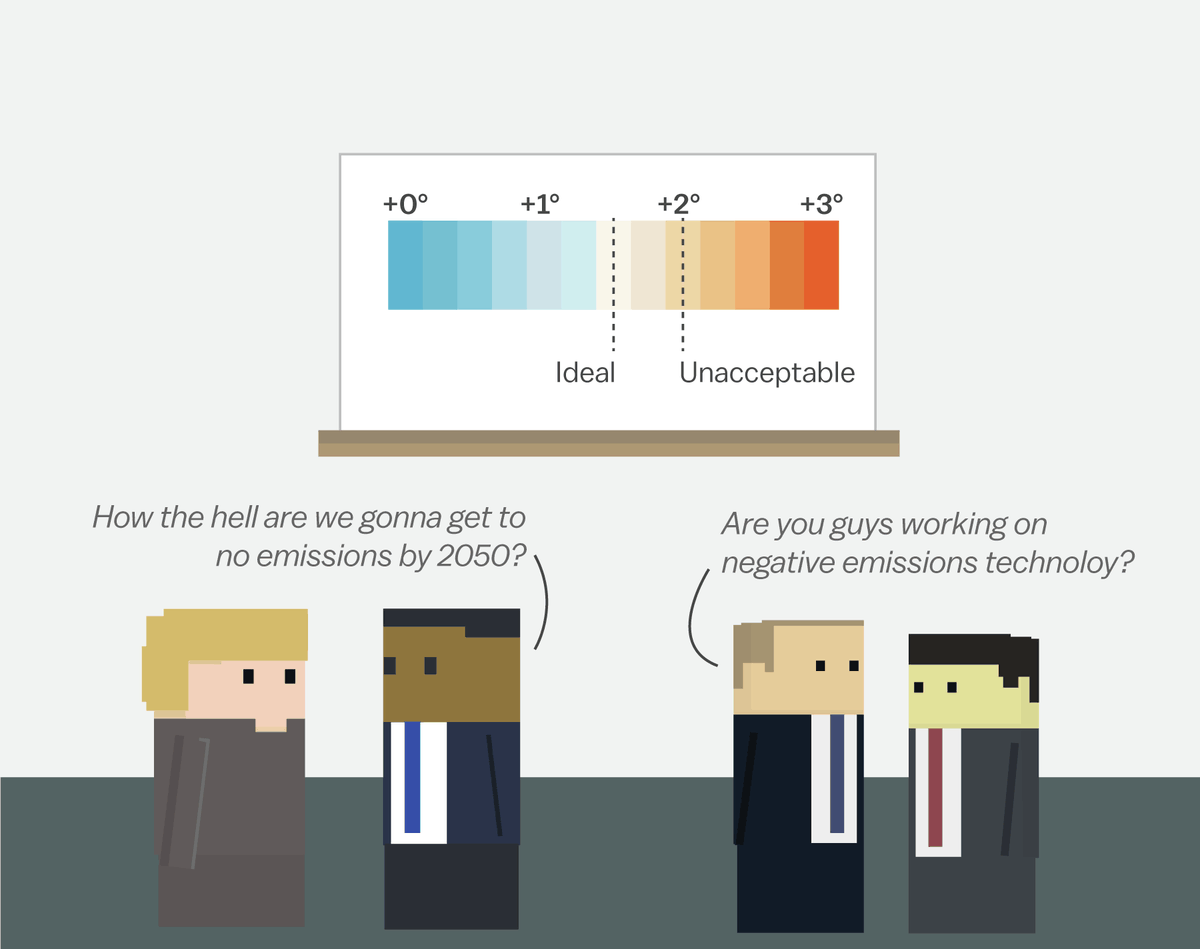 Given the evidence, the global community has committed not to let the Earth warm by more than 2 degrees. In doing so, countries committed to rapidly reducing and eliminating all production and use of coal, oil, and natural gas and to inventing and scaling up negative emissions technology.

The problem is they don’t seem to realize that’s what they committed to.

No country is taking this long shot seriously. This means Earth will probably warm past 2 degrees. It’s terrifying.

Right now, the cool fall wind is flowing through windows, and everything feels fine. Nothing seems dire. So it’s understandable why many of us don’t feel this is an urgent political priority. 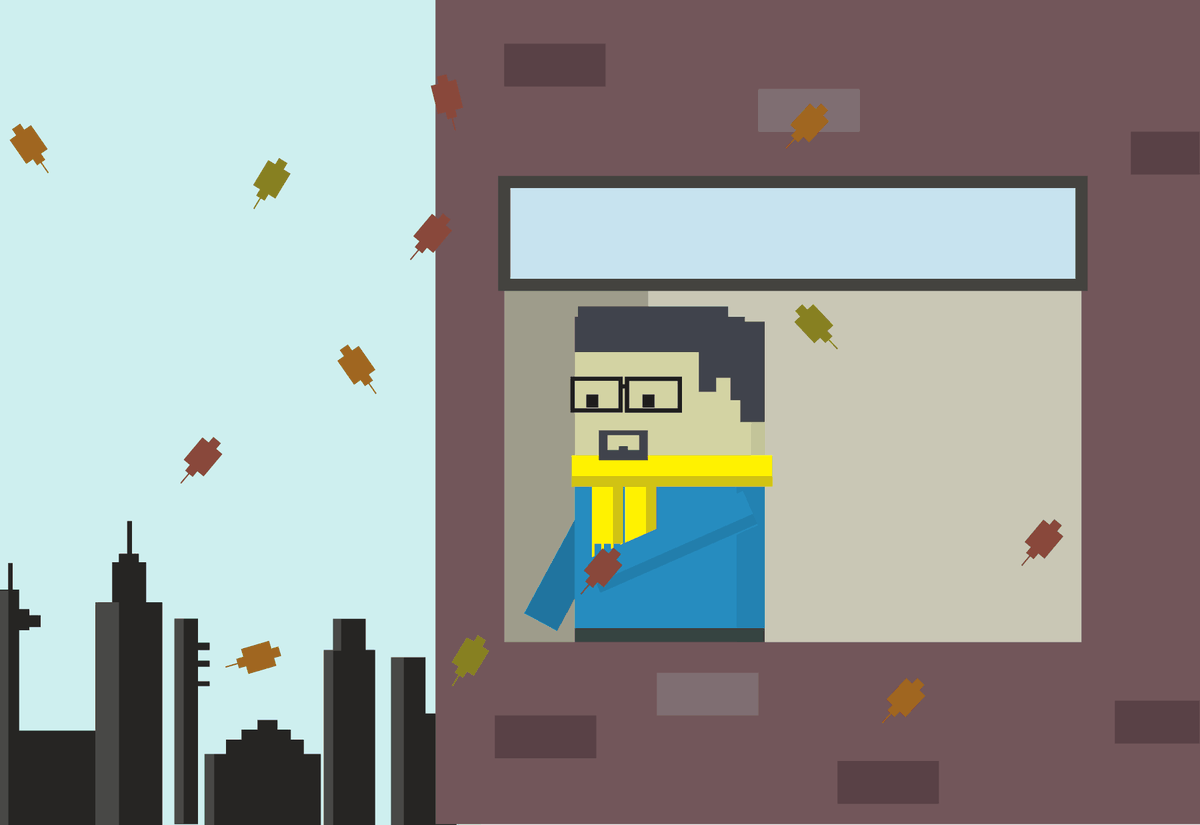 But here’s the reality: We're heading toward a global catastrophe that will cause unthinkable human suffering. The data is clear: We need to turn the ship now — or else we’ll never be able to avoid disaster. 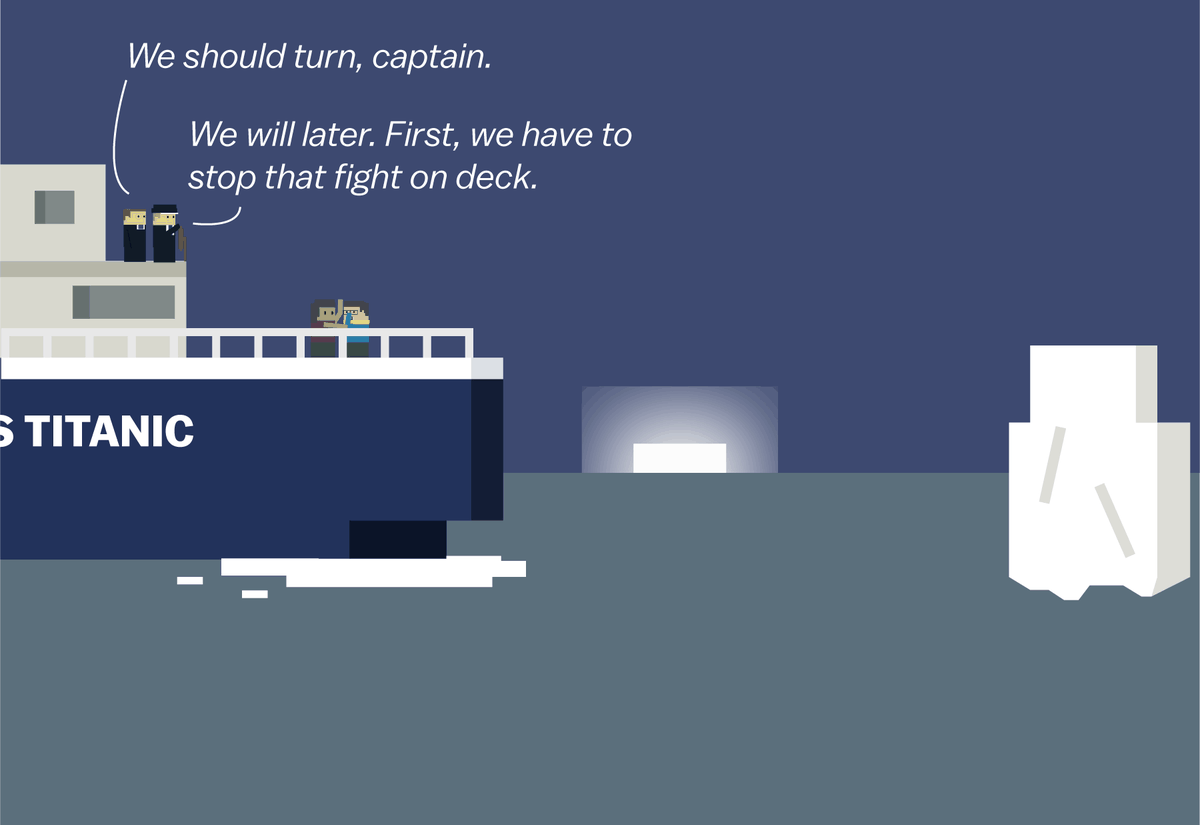 But no country is taking this 2 degree goal seriously. It hasn’t even been mentioned in a presidential debate.

Instead, we’re focusing on threats that feel more imminent. It's just the way most humans are calibrated. So our true test is figuring out a way to comprehend that a mortal threat is on the horizon, and act accordingly.

Correction: This story focuses on a scenario from climate scientist Joeri Rogelj, which would give us a 66 percent chance at limiting warming to 2 degrees, which would requires no emissions by 2065, followed by negative emissions. But a previous version of this story said we would need to reach no emissions by 2050, which is part of a scenario in which we give ourselves a 50 percent chance at staying under 1.5 degrees warming — a far less realistic goal.

By Alvin Chang and David Roberts