SIERRA NEVADA SNOWPACK IS MUCH WORSE THAN THOUGHT: A 500-YEAR LOW... 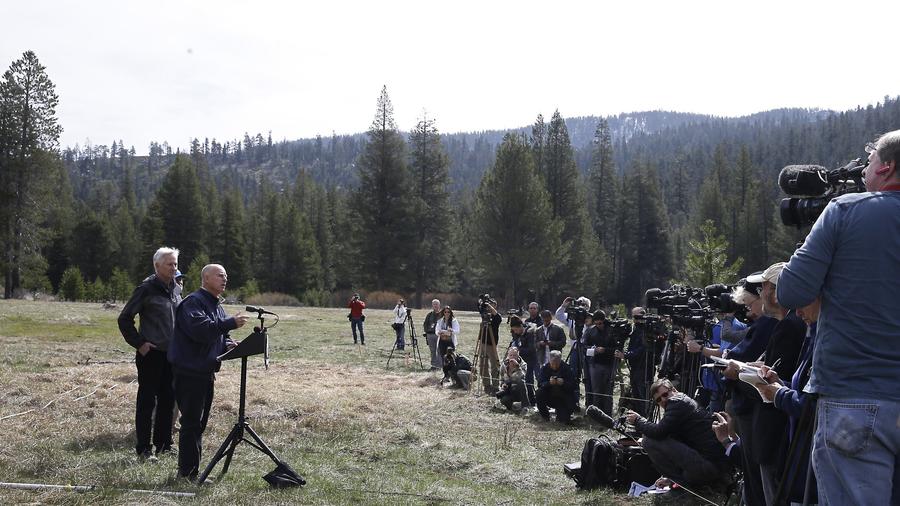 In a paper published Monday in the journal Nature Climate Change, scientists estimate that the amount of snow in the Sierra Nevada was the lowest in more than 500 years.

“We were expecting that 2015 would be extreme, but not like this,” said senior study author Valerie Trouet, a paleoclimatologist at the University of Arizona. 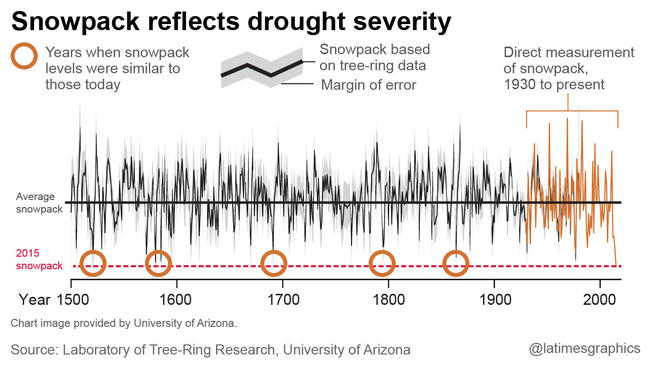 The report is the latest in a series of studies that have sought to characterize the depth of California’s four-year drought and place it in a broader historic context. It joins a growing body of research warning that global warming will reduce the amount of snow blanketing California mountains — a development that will reduce the state’s available water, even as its population continues to grow.

“This is probably the biggest water supply concern our state is facing,” said Mark Gold, associate vice chancellor for environment and sustainability at UCLA who was not involved in the new study. “On a scale of 1 to 10, it’s 11.”

The issue, according to UC Davis hydrology expert Helen Dahlke, is that with climate change, there will be much less snow and more rain.

“That water will just be going into the ocean unless we can figure out a way to capture some of that water quickly,” said Dahlke, who was not part of Trouet’s study team.

Snowpack is a key factor in California’s water supply: In a normal year, melting Sierra Nevada snow provides the state with one-third of its water. Another third is pumped from underground aquifers, and the rest comes from rivers and reservoirs.

Because of its importance as a water source, officials began monitoring the snowpack in the 1930s and have established 108 measuring stations throughout the Sierra Nevada.

This spring, researchers found that the amount of water contained in the snow on April 1 was only 5% of the average snow water equivalent since monitoring began. In the case of the Phillips measuring station — where Brown ordered mandatory water use reductions for the state — the snowpack usually reached a height of 5 1/2 feet at that time of year.

To reconstruct long-ago snow conditions, Trouet and her colleagues analyzed data from the reporting stations as well as two tree-ring studies. The first study used measurements from 1,500 living and dead blue oak trees to estimate rainfall back to the year 1400. The second included tree-ring data from a different group of trees to model temperatures for the same period. 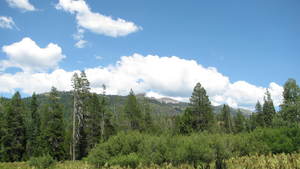 “What we know about snow and how it varies from year to year is that there are two important climatic factors that play a role.” Trouet said. “One of them is the amount of precipitation that falls and the other is the temperature at the time that precipitation falls. With higher temperatures your precipitation is going to fall as rain.”

When researchers put all the data into a chronology, they saw just how exceptional the 2015 snowfall was: The chance that a “snow drought” of this magnitude would affect the entire Sierra Nevada more than once every 500 years was less than 5%, they concluded.

The researchers noted that though California’s total precipitation in 2015 fell within the bounds of natural variability, winter temperatures were among the highest ever recorded. That means less snow and more rain, which the state is ill-equipped to collect and store.

Although it’s been 500 years since the snowpack was this sparse, global warming threatens to make these conditions more frequent, according to the researchers.

“With anthropogenic warming, those high temperatures are going to be rising,” Trouet said. “We can assume that the return interval is going to get shorter.”

Benjamin Cook, a climate scientist at NASA Goddard Institute for Space Studies, said the new study was “another piece of the puzzle in an increasingly converging picture of a really exceptional California drought.”

Other scientists said the paper highlighted the precarious nature of snowpack as a key California resource.

See the most-read stories in Science this hour >>

“We’ve been very lucky to have a natural system in place that’s worked very well for decades and decades,” Gold said. “But models show that snowpack is likely to be down because of increased temperatures, and it’s a concern. Is our system set up to manage this at all?”

Lucas Silva, a soil and biogeochemistry researcher at UC Davis who was not involved in the study, said he was glad the topic was getting attention in a major journal, even though he expressed doubt that tree-ring data could accurately pinpoint past drought conditions.

A single tree ring could be influenced by several years of environmental stress caused by any number of factors, he said. “I’m curious and interested, but skeptical that they can really tell that this is about water only,” Silva said.

And although forecasters said it was increasingly likely that a powerful El Niño would result in a wet fall and winter, those storms may not contribute to a large snowpack.

“Temperatures this winter may be warmer than usual,” wrote Daniel Swain, a Stanford University graduate student in environmental and earth system science who wasn’t involved in the study. “In that sense, the present paper is very relevant. Even with increased precipitation, snow at lower elevations may actually be below average.”