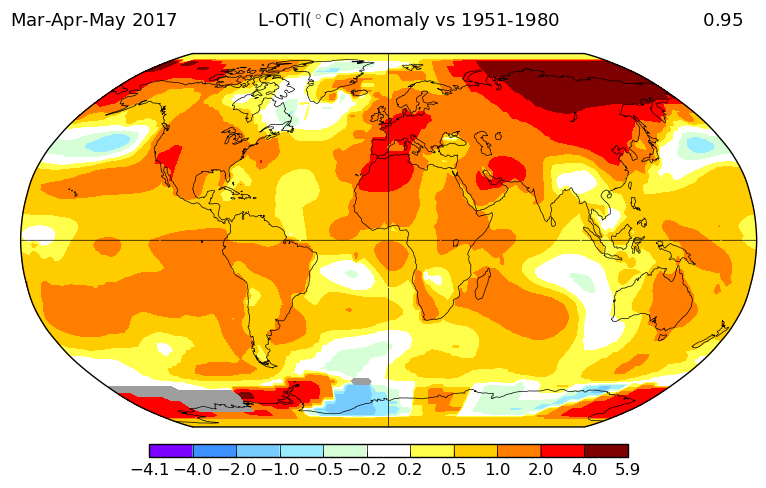 Late-spring warmth encircled the Northern Hemisphere, with records on every continent...

The first big heat wave of 2017 started unusually early in some parts of the world and has been notable for its globe-spanning scope. Since late May, extreme heat straddled large parts of Northern Hemisphere land masses, from the desert Southwest of the United States to Western Europe, the Middle East, North Africa, and south central Asia.

In the Southwest, weather stations in California, Nevada, and Arizona broke daily records set just last year—and did so by one to two degrees Fahrenheit, one more sign that temperatures are relentlessly edging upward. Record and near-record temperatures have tested infrastructure, energy grids, and basic human survival in places where the thermometer topped 120 degrees Fahrenheit.

Nearly every day since late May has brought a new all-time monthly temperature record in some part of the world, including a 126-degree Fahrenheit reading in Awhaz, Iran, on June 29th, the highest temperature ever in that country and the highest-ever June reading in Asia. That was just a month after a 128.3-degree reading in Turbat, Pakistan, on May 28th, the warmest May temperature ever recorded on Earth, according to Weather Underground. Pakistan and Oman tied all-time heat records, and new marks were set in Iran, Norway, and Austria.

Earlier this year, during the Southern Hemisphere's summer, record heat also swept Australia, which set more than 40 high-temperature records, along with South America, where blistering temperatures contributed to the worst forest fire disaster in Chile’s history.

Climate researchers say that globally widespread and simultaneous heat waves are the new normal, and that people should be ready for worse.

It's clear that, because of global warming, it's going to get much warmer in the near future, according to Stefan Rahmstorf, a climate scientist with the Potsdam Institute for Climate Impact Research.

"By 2040, we will see about 12 times more monthly heat records than in a stable climate, not just five times, as in recent years," he says. "In that sense, four out of five monthly heat records are most likely man-made.... And these new heat records will also be hotter than past records, since, with every new record, the bar for topping that one again is raised."

With the average global temperature just shy of 2016's record level, Rahmstorf says it shouldn't come as a surprise that deadly forest fires swept through Portugal in mid-June. More fires are burning in southern Siberia, where the June readings have averaged more than seven degrees Celsius above average. Heat waves and drought are intensifying in areas where climate models said they would, and on-the-ground observations are confirming the forecasts. 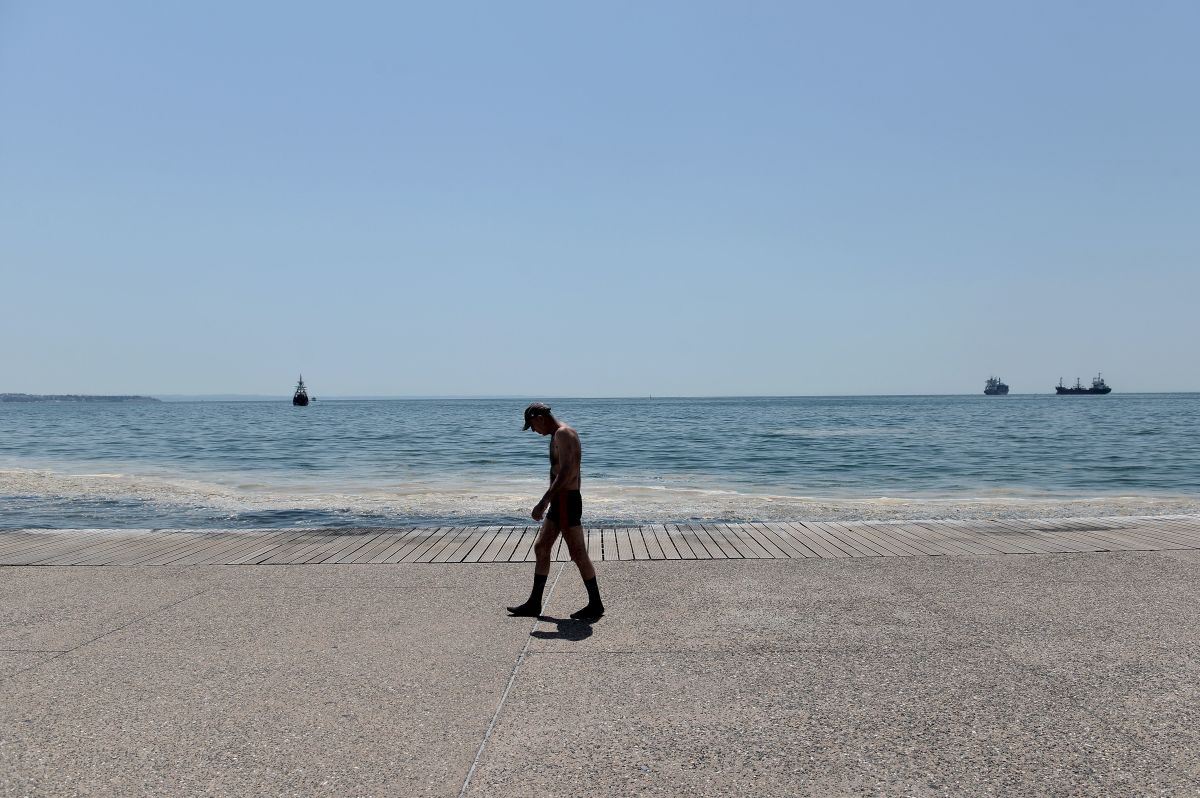 A man walks along the seaside promenade in Thessaloniki on June 29th, 2017, when temperatures there were expected to reach up to 43 degrees Celsius. (Photo: Sakis Mitrolidis/AFP/Getty Images)

Rahmstorf says that a CO2 increase is also slowing the jet stream and making it wavier, a pattern that drives heat waves. The surge of warmth in Portugal was linked to a big loop in the jet stream that funneled warm air from the south into Portugal.

"Large parts of Spain and Portugal will turn into desert unless warming is stopped well below two degrees Celsius, as agreed in the Paris climate agreement," he says, citing a recent study that tracked 10,000 years of Iberian climate.

The World Meteorological Organization noted the global scope of this year's heat waves in a June 20th bulletin. The European heat wave was particularly widespread, extending from the Iberian Peninsula to the British Isles and eastward to parts of Germany. A quick study by the World Weather Attribution program found that global warming had made the European heat much more likely.

The WMO also highlighted temperature records at high elevations in the Alps, as well extremely high temperatures at night—both trends that fit with global-warming projections. Mountain warmth will speed the demise of glaciers, and hot nights contribute to the human health impacts of global warming, as people increasingly can't get relief from the daytime heat.

Asia was also affected by the heat waves, especially Vietnam, where a 108-degree Fahrenheit reading on June 4th became by far the highest-ever temperature recorded in the Hanoi region, according to Jeff Masters of Weather Underground.

Most of those records were set before summer even really started, and more heat is forecast to build across the Western U.S. in early July, where there are already more than 40 large wildfires burning. Dealing with heat waves will be one of the biggest challenges in the global warming era. Nobody can say the scientists didn't warn us.